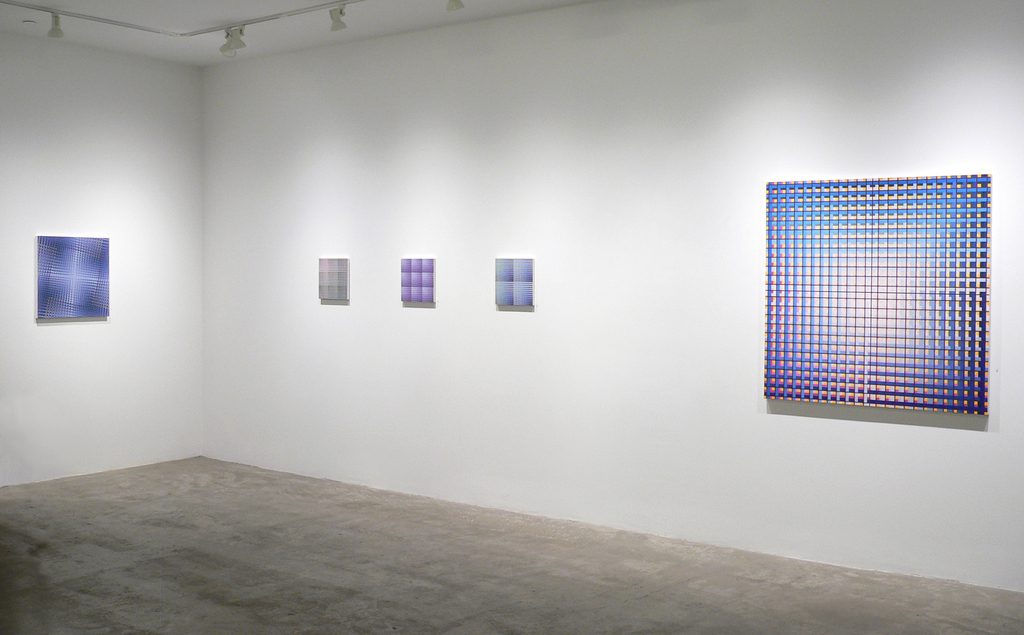 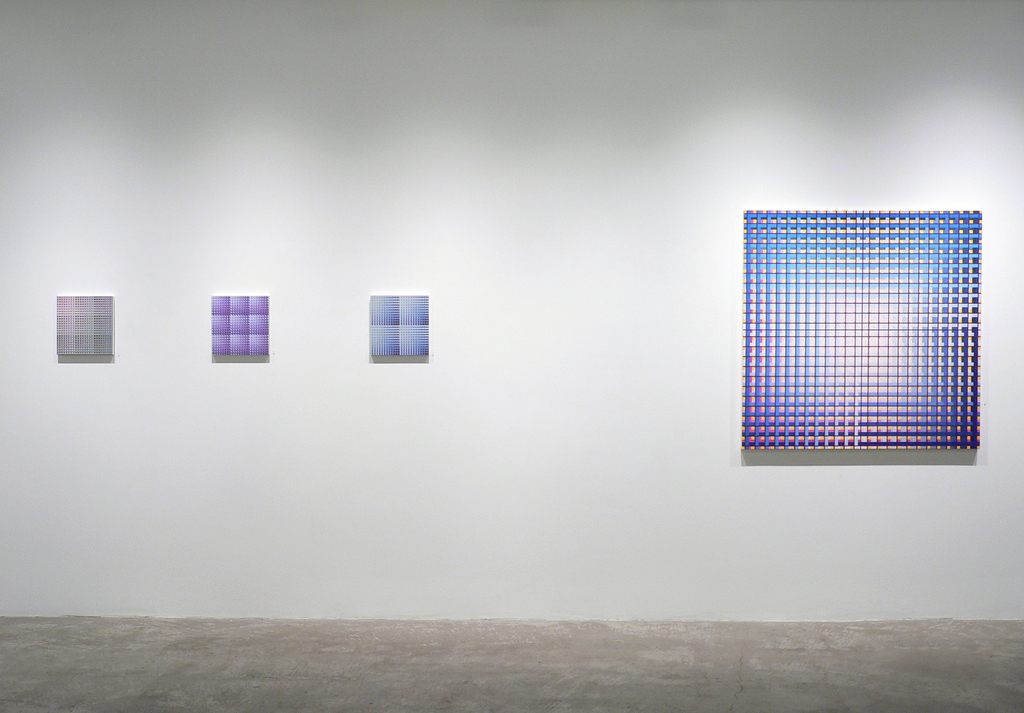 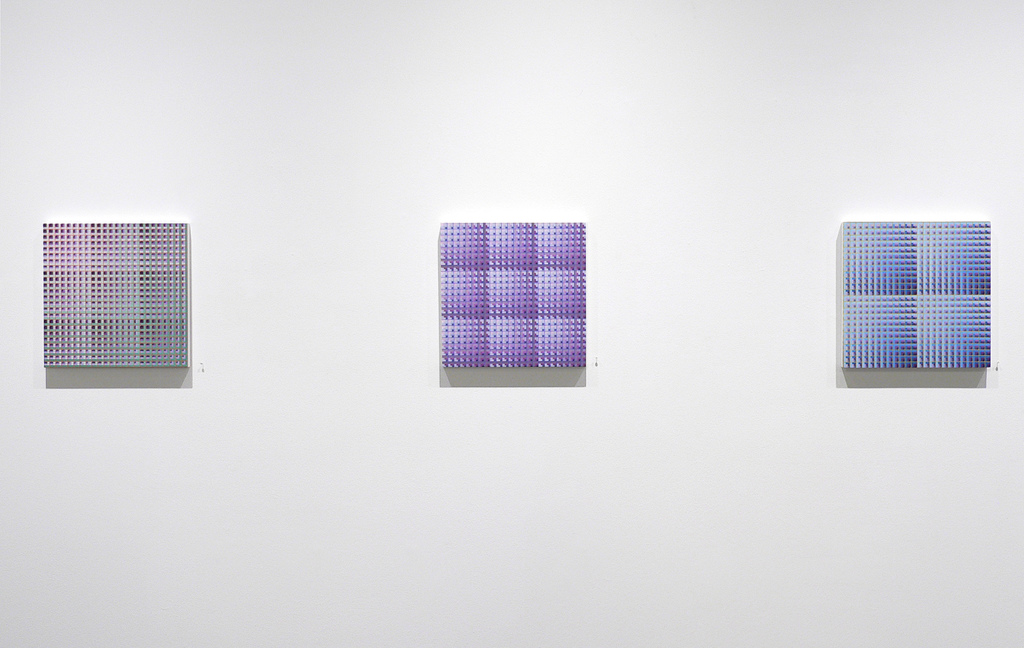 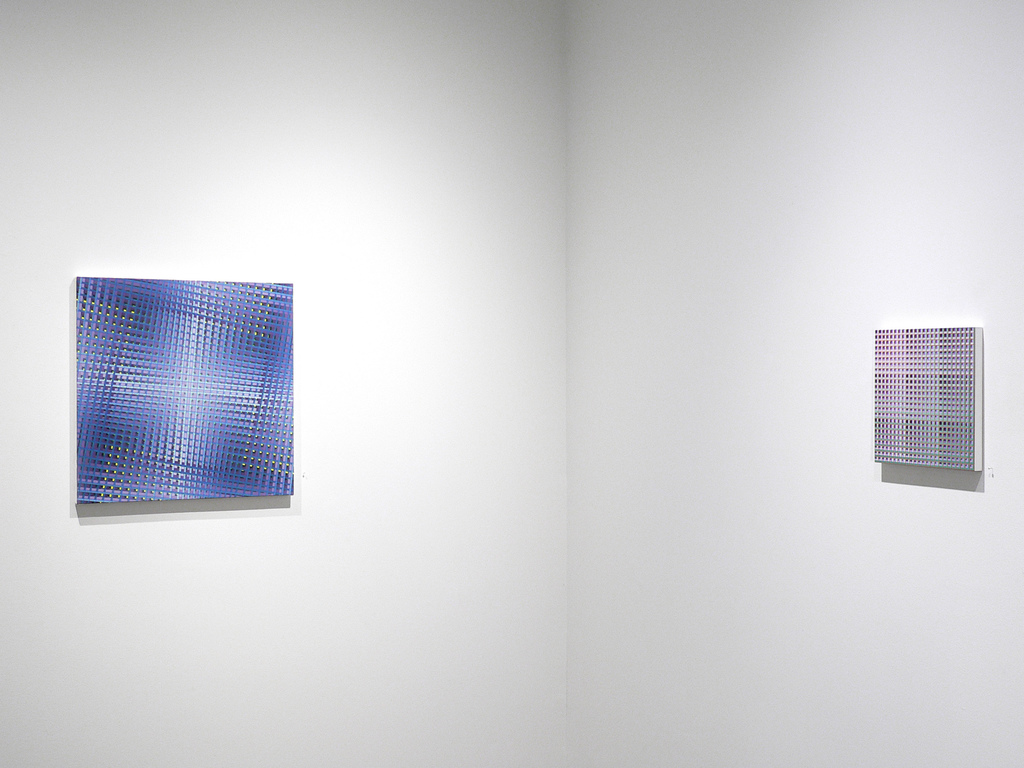 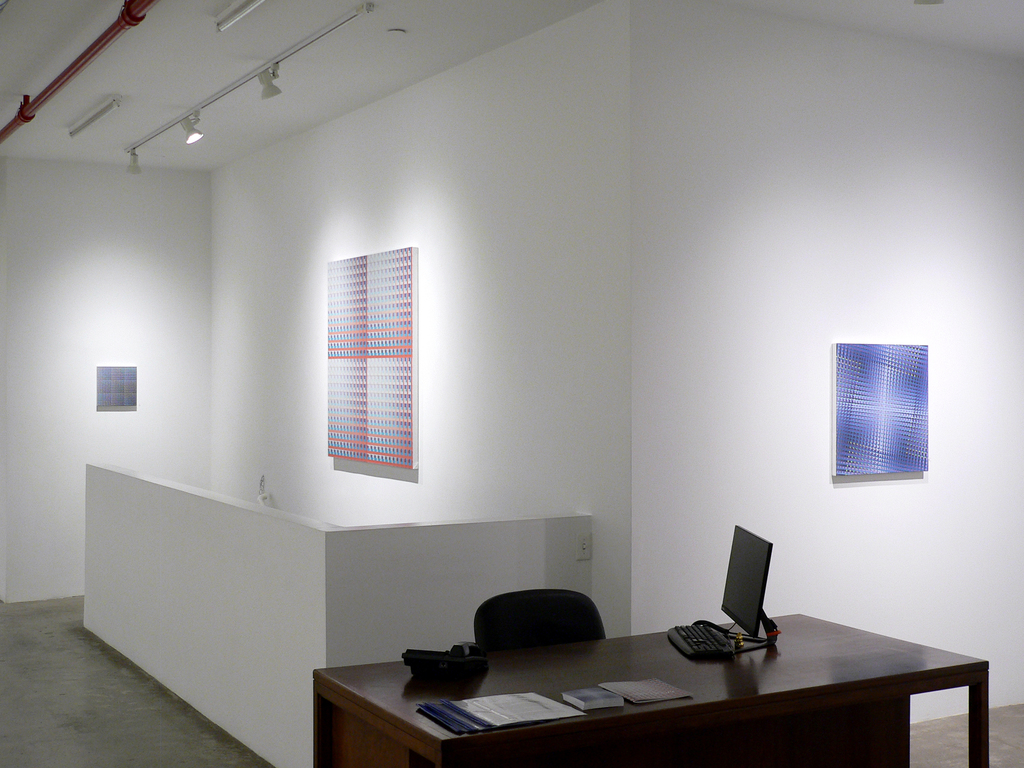 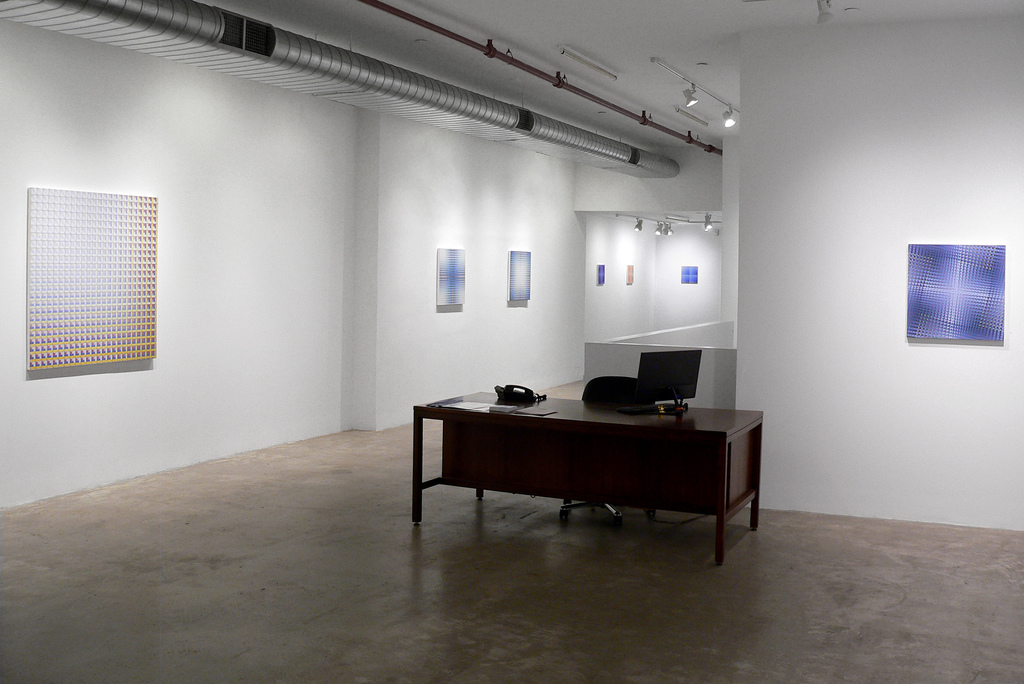 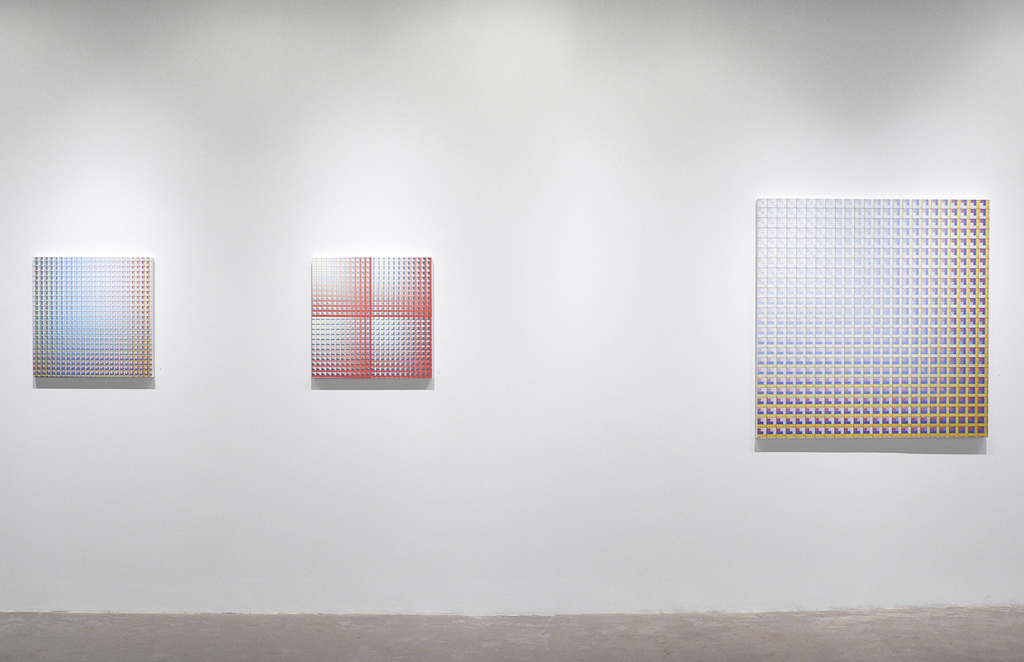 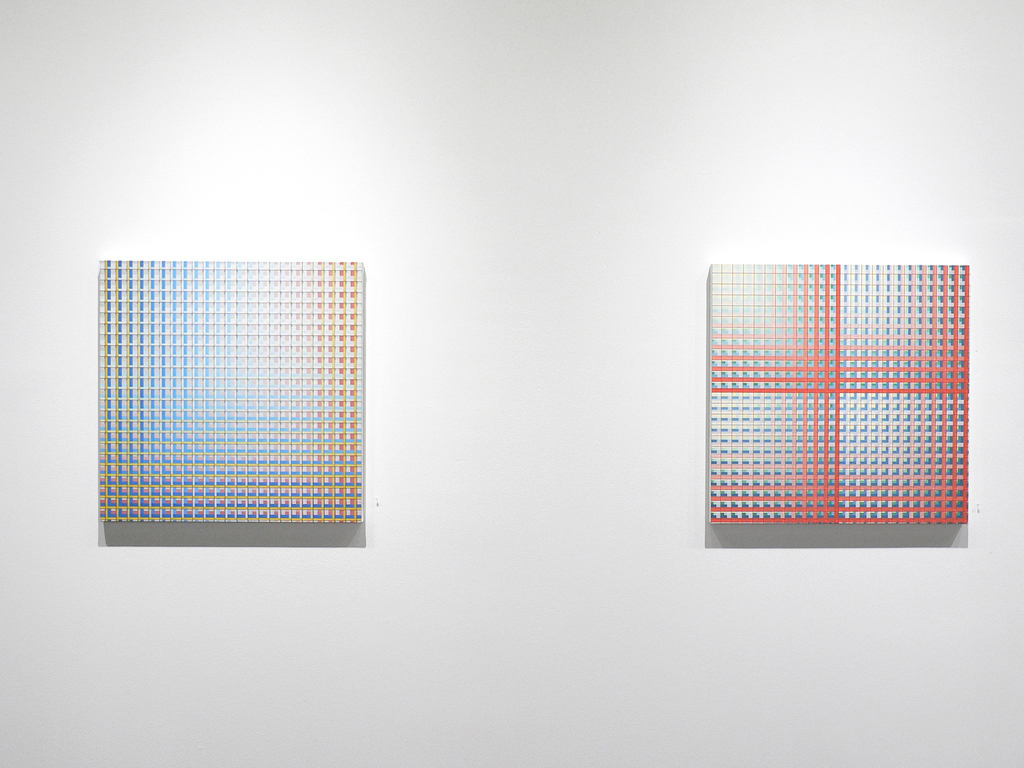 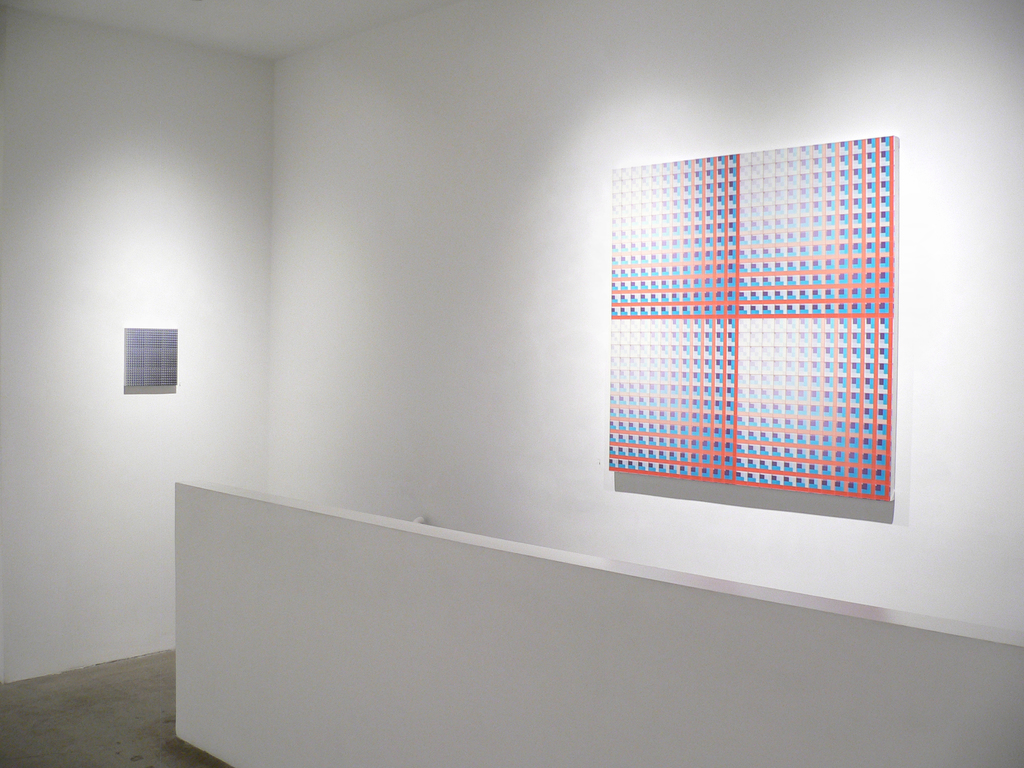 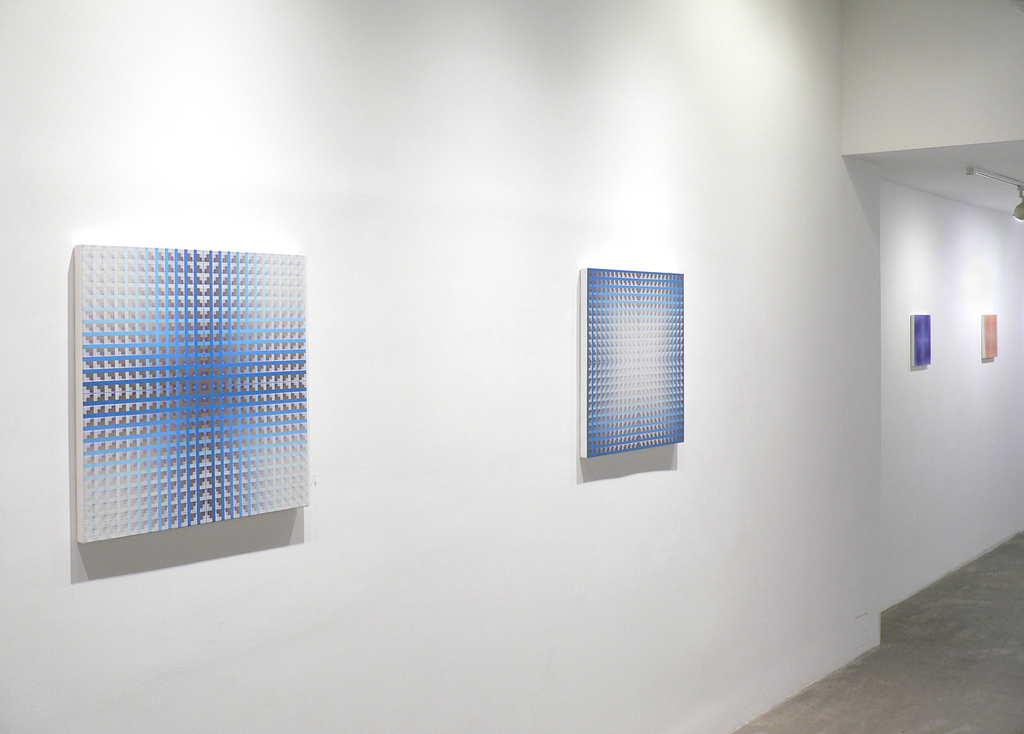 McKenzie Fine Art is pleased to commence the new year with an exhibition of recent abstract paintings by Rob de Oude. His work has been seen in several group exhibitions at the gallery; this show marks his first solo outing. The exhibition will open on Friday, January 10, with a reception for the artist from 6 to 8 p.m., and will run through Sunday, February 16, 2020. A catalogue with an essay by James E. Wei will accompany the exhibition.

Rob de Oude creates his luminous and optically charged oil paintings through the repetition and overlap of lines of color in a grid formation. Working with a specially designed easel in a square format, De Oude creates densely patterned and vibrantly colored compositions that seem to radiate and glow from within. An adjustable guide on the easel allows him to carefully measure and vary the spaces between the color lines while also enabling him to skew them diagonally in certain works. De Oude varies the width of the color bands through his choice of brushes and modulates their transparency and opacity using careful color mixtures and varying densities of application. Because of their precision and optical vibrancy, his paintings are frequently mistaken by viewers to be computer generated but they are carefully and patiently crafted by hand.

While De Oude begins his paintings with certain color choices in mind, his process is open-ended and has no predetermined result. As the works progress, additional colors are intuitively selected as overlapping lines build up. Structured bands of colors are used to create subtle transitions of atmospheric light as the eye travels from side to side, top to bottom, or from corner to corner across the paintings. A number of the panels have been subdivided into four or nine equal sections. In these works, De Oude creates rhythmic patterns with the progression of gradient light and the illusion of changing depth and volume. In other paintings, light bursts outward from the center or slowly recedes into a deep space.

Rob de Oude (b. 1970, Den Helder, Netherlands) studied painting, sculpture, and art history at the Hoge School voor de Kunsten in Amsterdam and attended graduate school at SUNY Purchase, NY. He settled permanently in New York in 1997, and his paintings have been exhibited widely in group and solo exhibitions in museums and galleries in the United States and Europe for over a decade. De Oude’s work has been featured in ARTnews, The New Criterion, Artnet, and L Magazine, among others. The artist maintains a studio in Brooklyn and he is a founding member and co-director of the Bushwick gallery Transmitter.