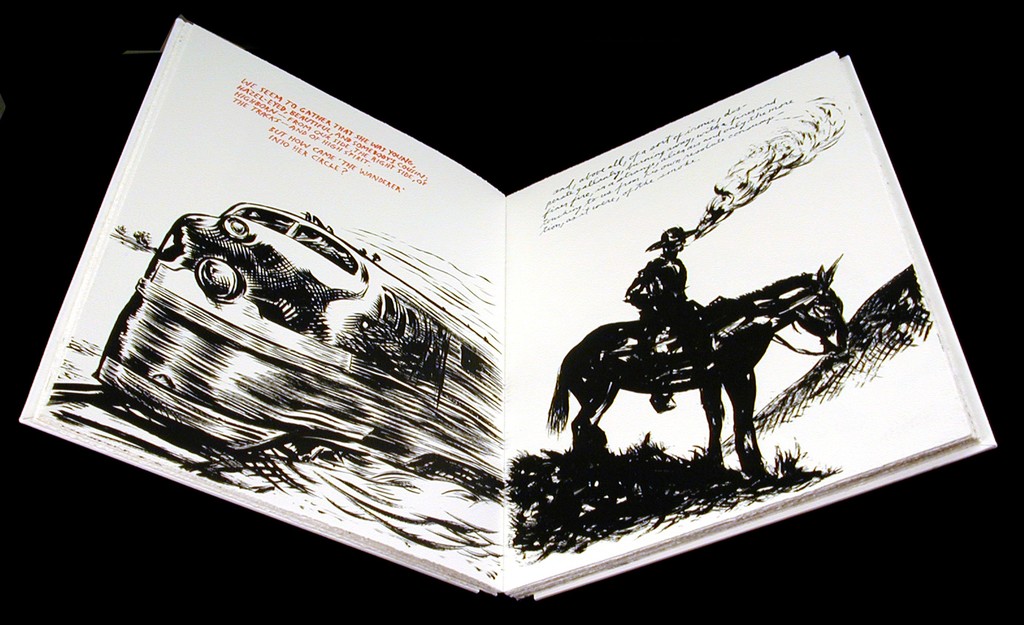 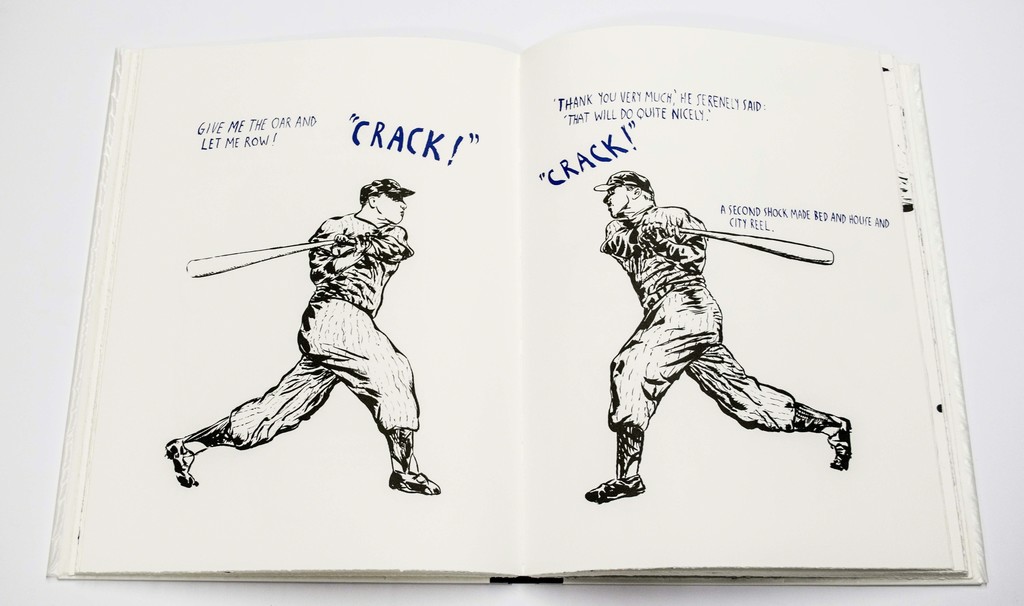 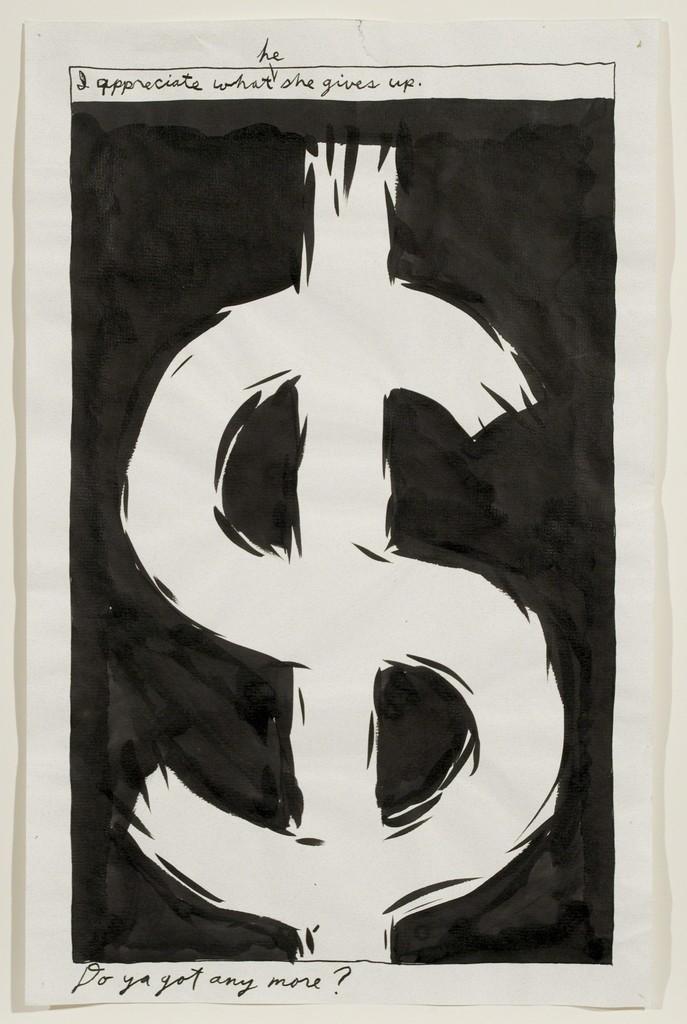 MCQ Fine Art is pleased to announce the upcoming exhibition of selected unique drawings and prints from artist Raymond Pettibon, opening September 14. The exhibition will feature works in Pettibon’s characteristic bold style of pairing image and text. Quoting freely from various literary sources and often including self-coined expressions, the handwritten words enhance the artist’s imagery by adding humor and unexpected layers to the subject matter.

Raymond Pettibon's work embraces a wide spectrum of American culture, from the deviations of marginal youth to art history, literature, sports, religion, politics, and sexuality. Taking their points of departure in the Southern California punk-rock culture of the late 1970s and 1980s and the "do-it-yourself" aesthetic of album covers, comics, concert flyers, and fanzines that characterized the movement, his drawings have come to occupy their own genre of potent and dynamic artistic commentary.

“He is undoubtedly one of the central figures in American contemporary art. His extensive oeuvre is difficult to pigeon-hole, and it forms a separate artistic category in itself, as it were. He has created over 20,000 works, ranging from drawings, artist's books and album cover designs to large-scale installations and has developed a distinctively figurative style of slightly awkward black-and-white drawings inspired by cartoons and caricatures, combined with humorous and often morbid texts. In his interplay of text and image, and his great diversity of themes, Pettibon oscillates between historical reflection, poetic humor and sharp criticism”

In 2017 the New Museum in New York City organized “Raymond Pettibon: A Pen of All Work”, a major solo exhibition of Pettibon's work featuring over eight hundred drawings from the 1960s to the present, making it the largest presentation of the artist's work to date. It has since traveled to Bonnefantenmuseum in Maastricht, Netherlands.