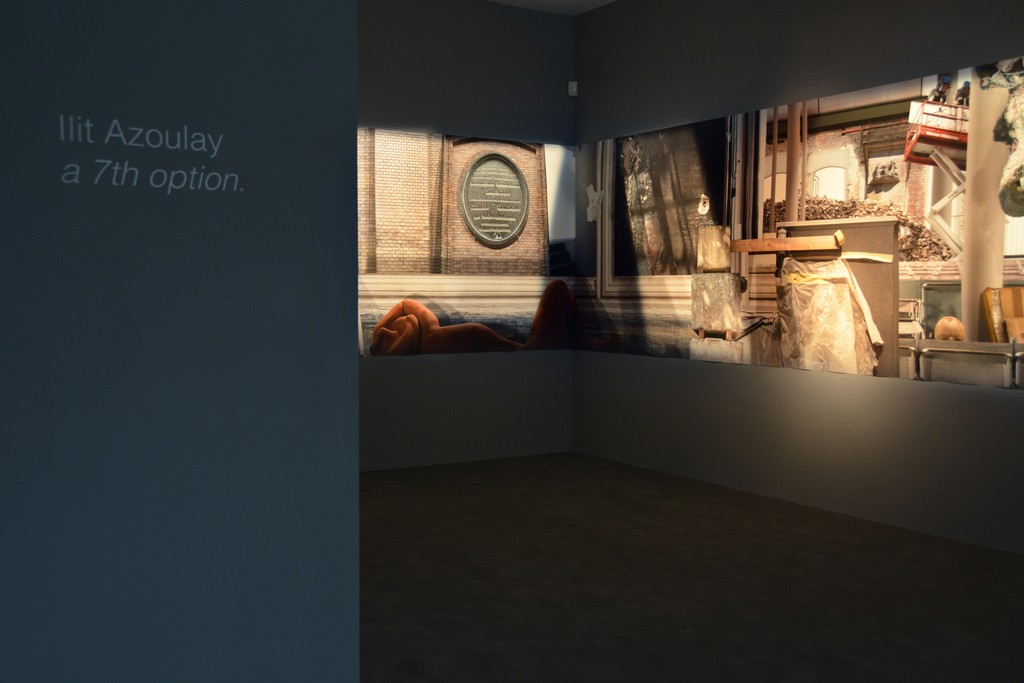 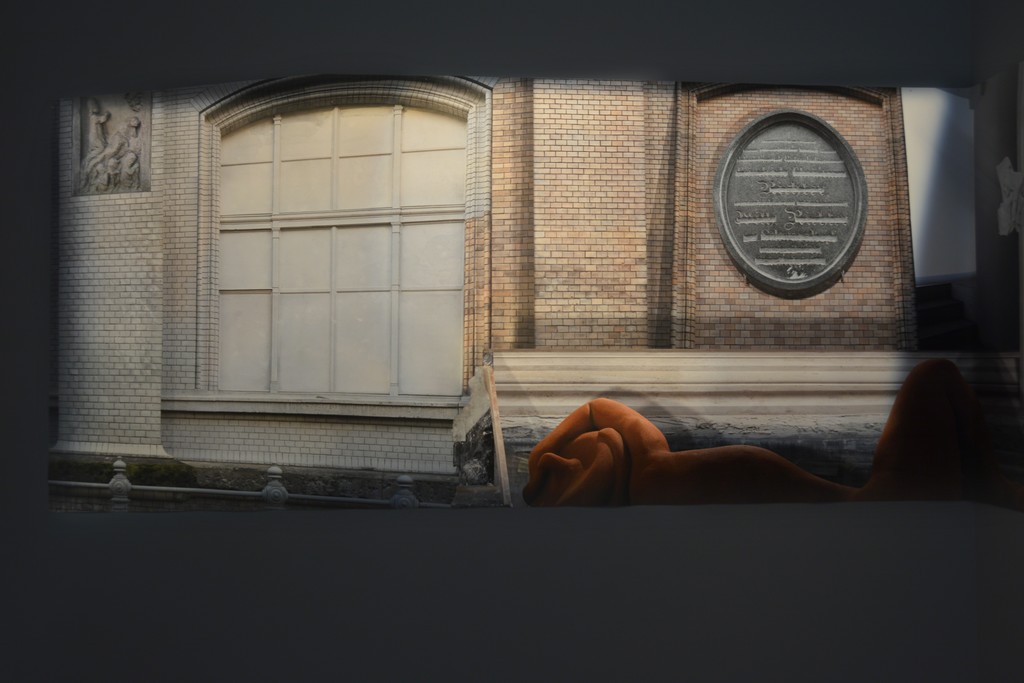 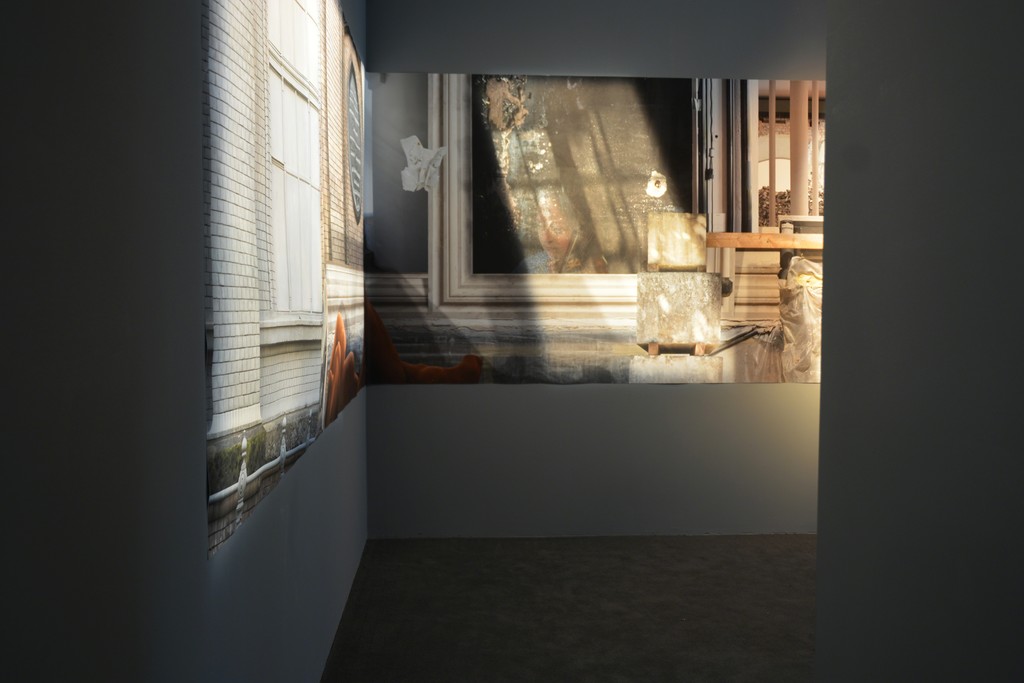 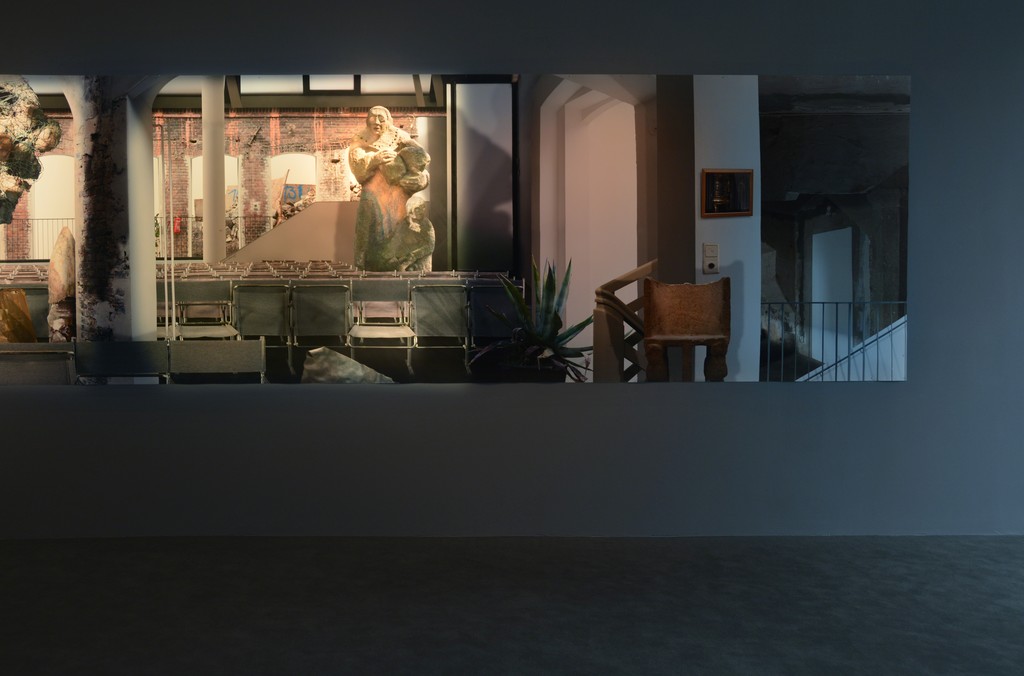 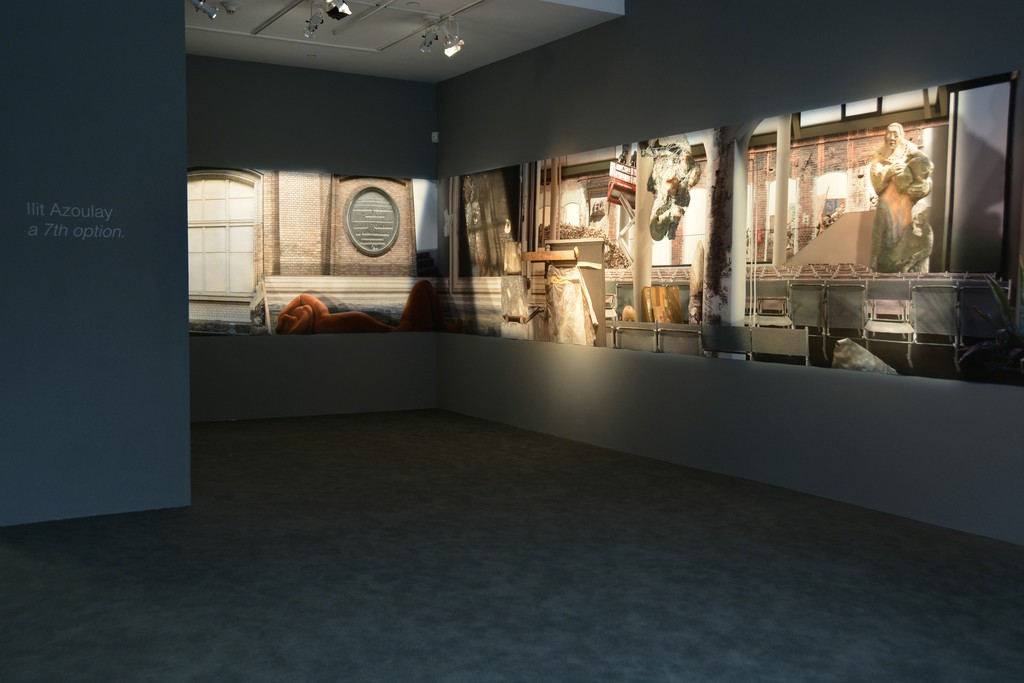 Coinciding with Ilit Azoulay’s inclusion in The Museum of Modern Art’s Ocean of Images: New Photography 2015 exhibition, Andrea Meislin Gallery is delighted to announce a 7th option, the artist’s third solo exhibition at the gallery.

The concurrent exhibitions feature large-scale photographic installations that suggest the ways that history is constructed, organized, and perhaps manipulated. In these works, Azoulay continues her excavation of urban layers and their hidden histories.

Azoulay began this new series during a residency at the Kunst-Werke Institute for Contemporary Art in Berlin. Channeling the spirit of archeologist, historian, and urban explorer, she traveled around Germany collecting and photographing objects and architectural fragments. Some structures she chose were undergoing restoration; others had been reconstructed precisely, brick by brick, following Germany’s restoration laws. Then Azoulay embarked on an intensive process of investigation, researching each fragment she had photographed.

Her two massive photographic installations recombine those images into intricate puzzles that tease the eye and the mind. Combining her lexicon of images—architectonic and decorative, art-historical and vernacular, funerary and monumental—Azoulay creates an open-ended narrative that the viewer is invited to complete.

These pictures from Germany are the basis of Azoulay’s interconnected installations. Shifting Degrees of Certainty, the installation at MoMA, consists of 85 individually framed photographs arranged in a format that evokes at once a rebus and a map of a medieval city center.

In the 36-foot-long panorama at Andrea Meislin, the images from MoMA appear in a new, theatrical configuration. The title of the gallery exhibition, a 7th option, refers to one of the possible stories the panorama suggests.

In a publication accompanying the gallery show, curator Jonathan Touitou highlights a selection of fragments and objects from the 85-piece Shifting Degrees of Certainty lexicon. In his text Touitou offers a newly imagined story from his personal experience of the work.

Ilit Azoulay (b. 1972) lives and works in Tel Aviv. She is a recipient of the Gerard Levy Prize for a Young Photographer, Israel Museum, Jerusalem, and the Constantiner Photography Award for an Israeli Artist, Tel Aviv Museum. In 2014 she presented one-person exhibitions at the Kunst-Werke, Berlin, and the Herzliya Museum of Contemporary Art, and was nominated for the Prix Decouverte – Les Rencontres d’Arles. Azoulay’s works can be found in the collections of the Centre Pompidou, The Israel Museum, the Herzliya Museum, the Tel Aviv Museum, the Shpilman Institute for Photography, and many notable private collections.