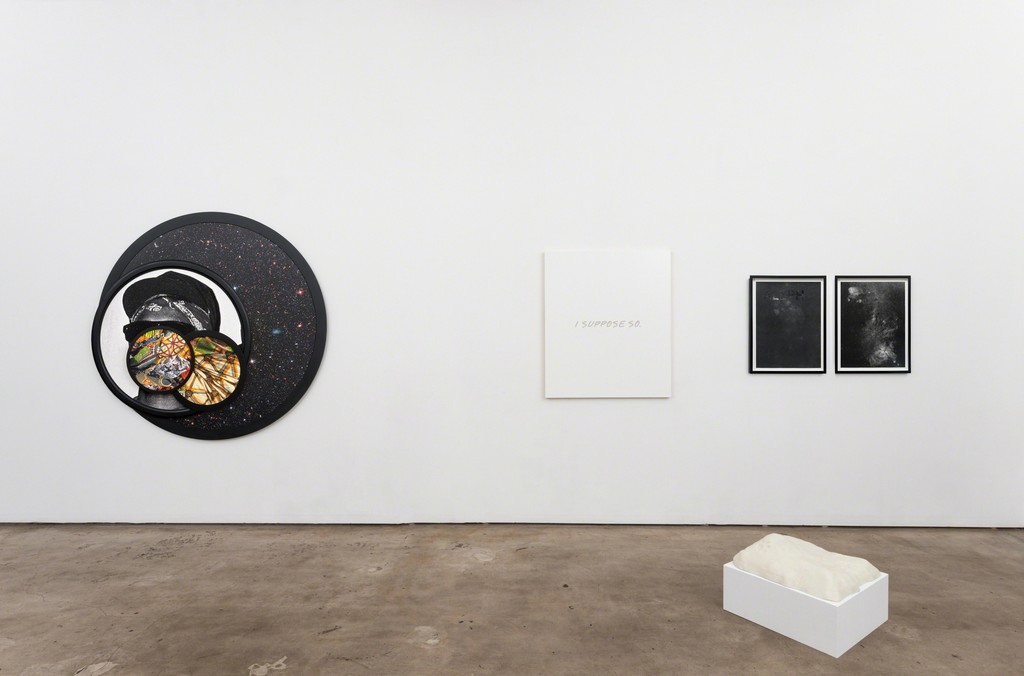 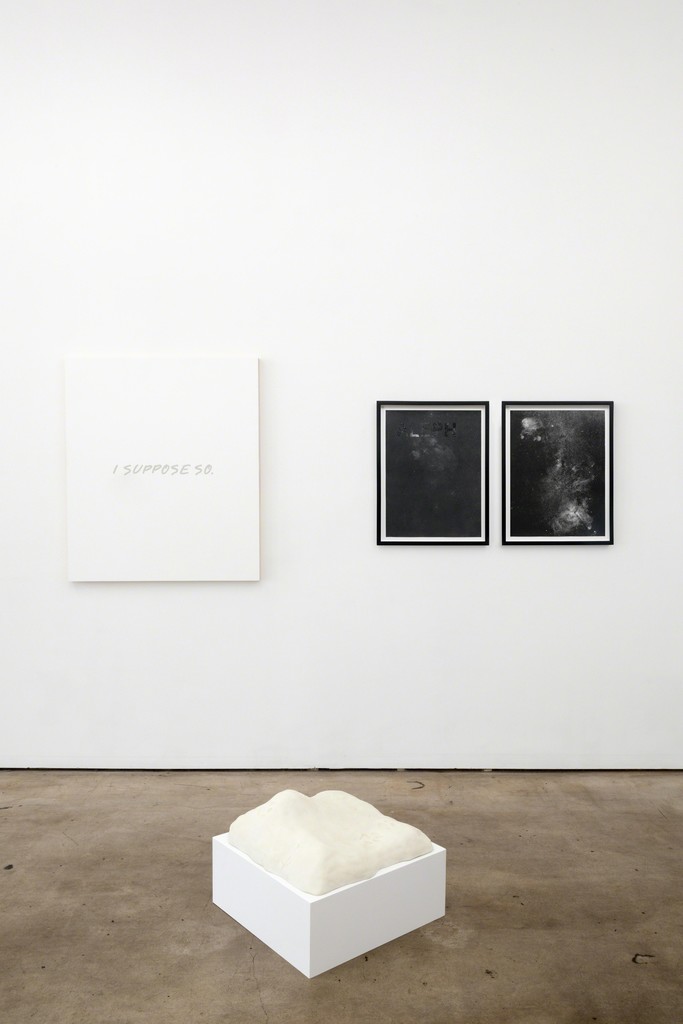 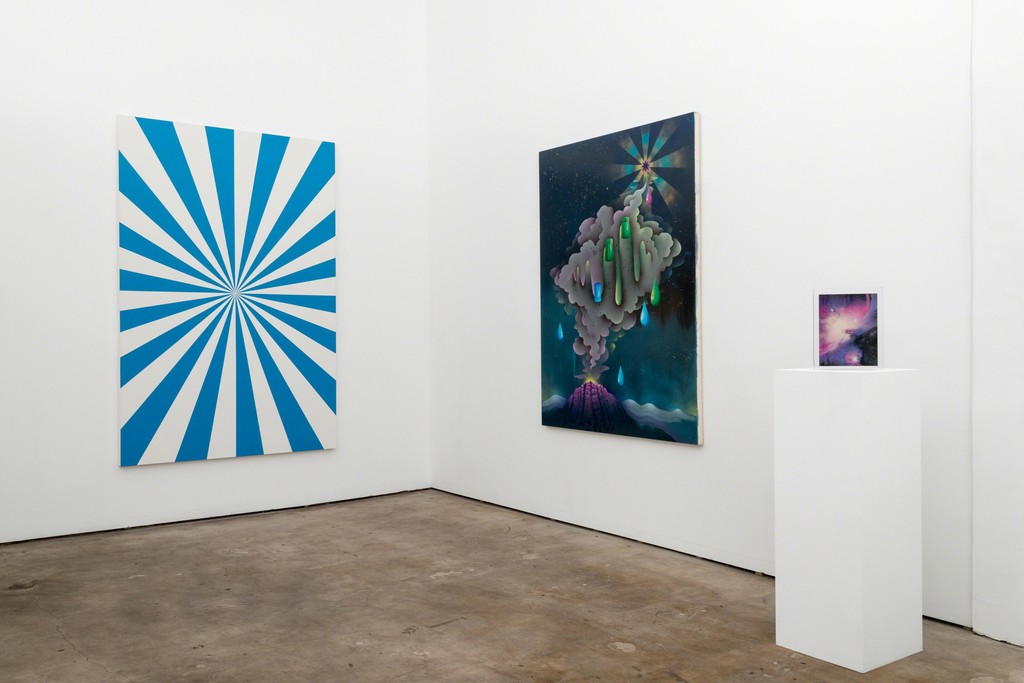 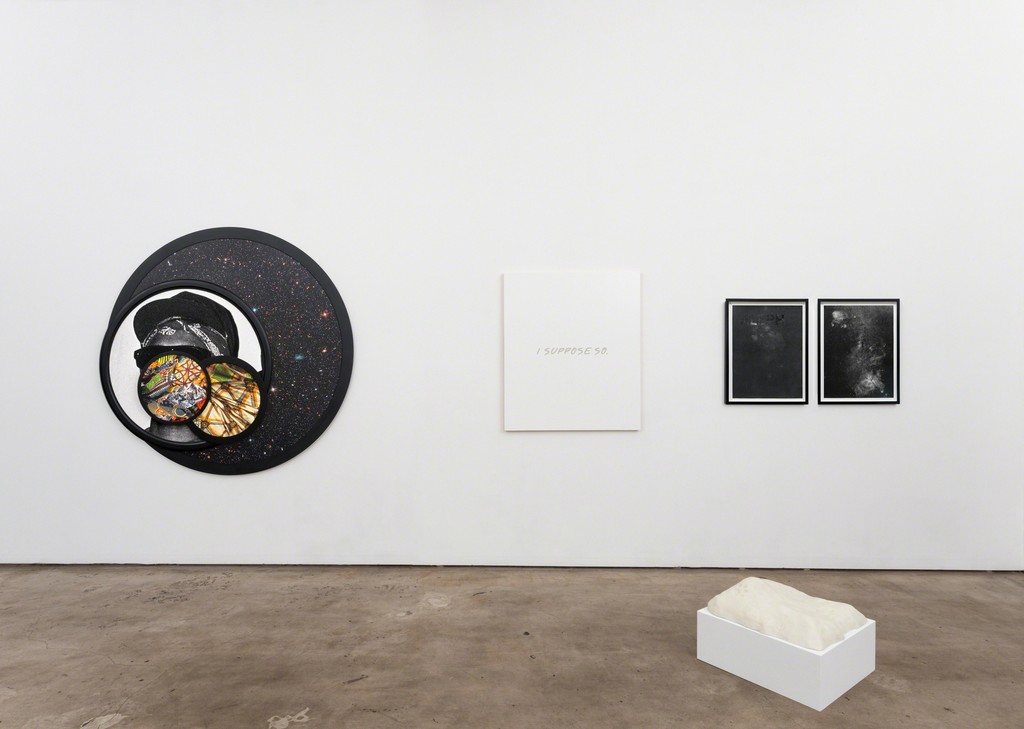 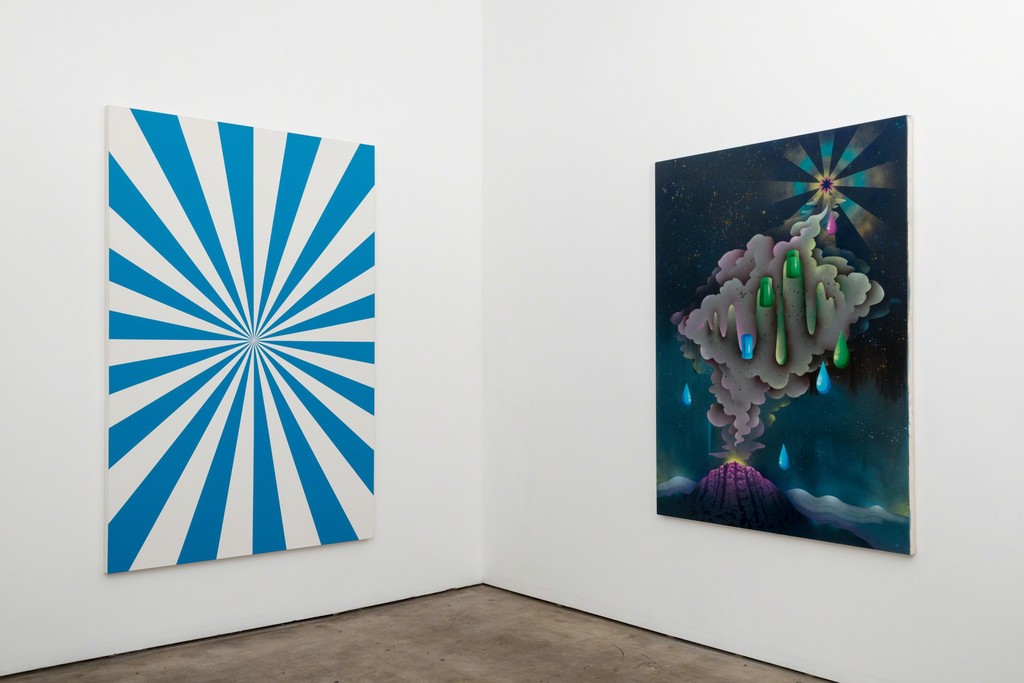 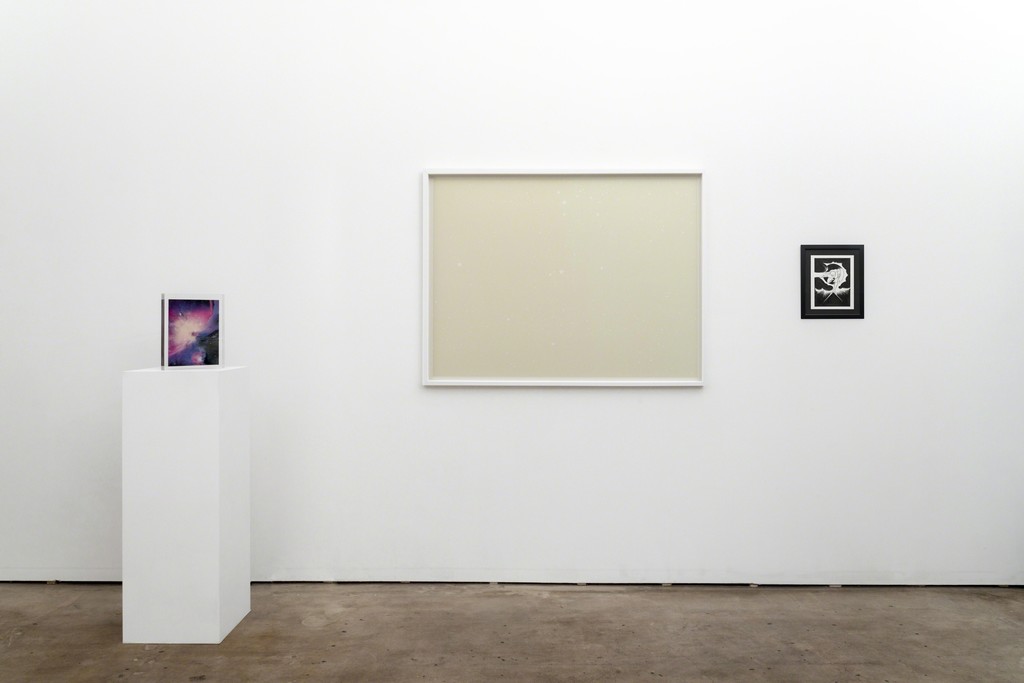 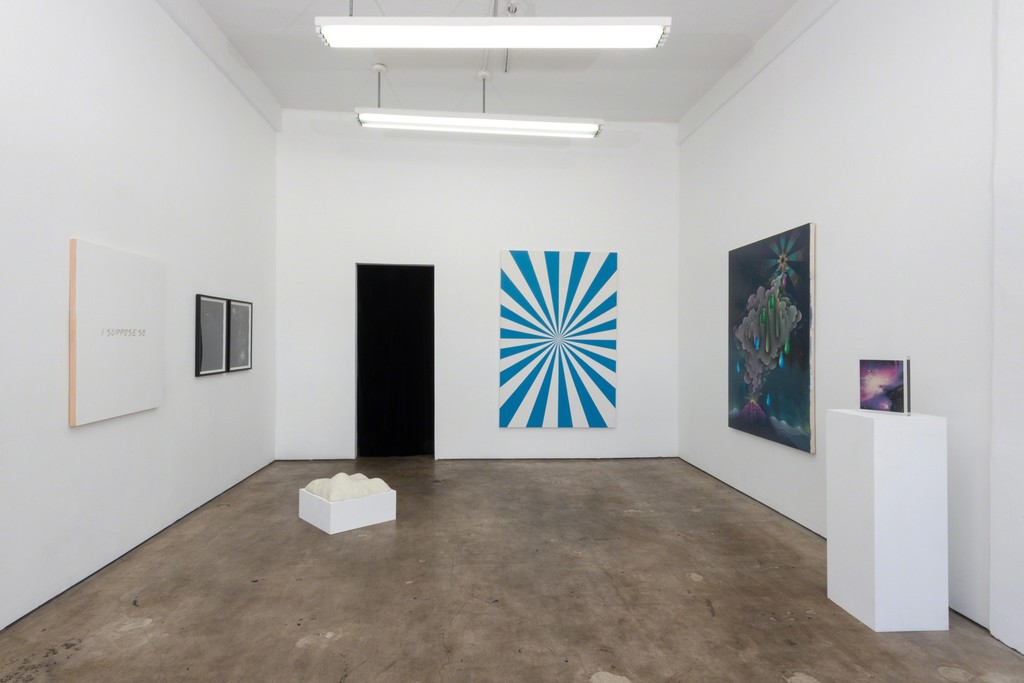 As above, so below,
as within, so without,
as the universe, so the soul

Meliksetian|Briggs is pleased to present Above/ Below/ Within, a group exhibition to mark the 25th anniversary of the Hubble Telescope’s launch into space. The discoveries brought by the Hubble’s journey through deep space have led to profound new insights to the nature of the universe, space, and time, which have penetrated popular culture and our understanding of the universe’s mysteries. The exhibition brings together a group of contemporary artists whose work is collectively informed by these radical new findings, literal and metaphorical ideas of the cosmos and humanity’s place within it.

Rays emanate from a single point in Mustafa Hulusi’s optically dazzling Expander painting, while Jim Shaw’s appropriation of William Blake’s Ancient of Days depicts Blake’s mythological figure Urizen drawn in the style of Wayne Boring’s Superman comics, bearing a compass to create and order the universe. Similarly, Pearl C. Hsiung explores the notion of creation in the microcosm, representing cosmic beings created in an epic volcanic eruption in the fantastical painting Shecretes, while Stephanie Taylor’s markings in Interstellar Paw Print suggest traces of life on an ambiguous topographical landscape. Meg Cranston and John Baldessari’s text piece I SUPPOSE SO. might read as a deadpan statement of resignation but in this context becomes one of quiet contemplation.

Todd Gray, Mungo Thomson and Cody Trepte all draw inspiration from the Hubble Telescope’s images. Trepte recreates the constellations in diamond dust and overlays the image with the word Aleph, “the oneness of god” in the Kabbalah and Judaic mysticism. Gray’s work juxtaposes a Hubble starscape with a representative male figure descended from the cosmos and colorful textiles in circular frames, recalling planetary shapes. Thomson’s sculpture is a constellation image taken from a book encased in resin, preserving its objecthood, alongside a drawing made of simple star images in photo-luminescent ink which become illuminated in darkness, much like our experience of the cosmos viewed from Earth.