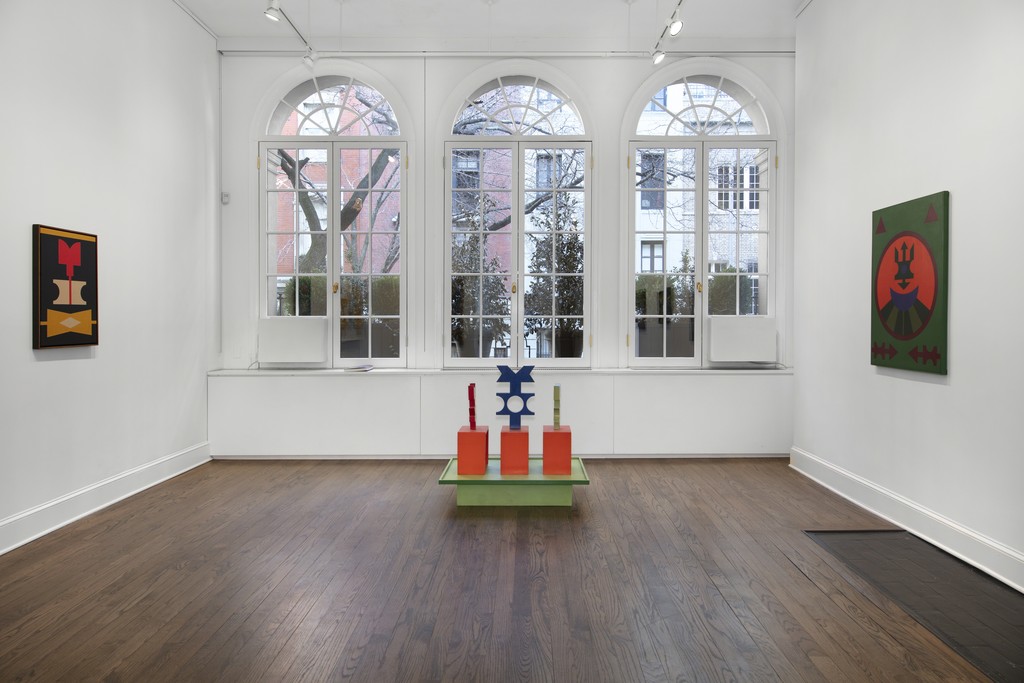 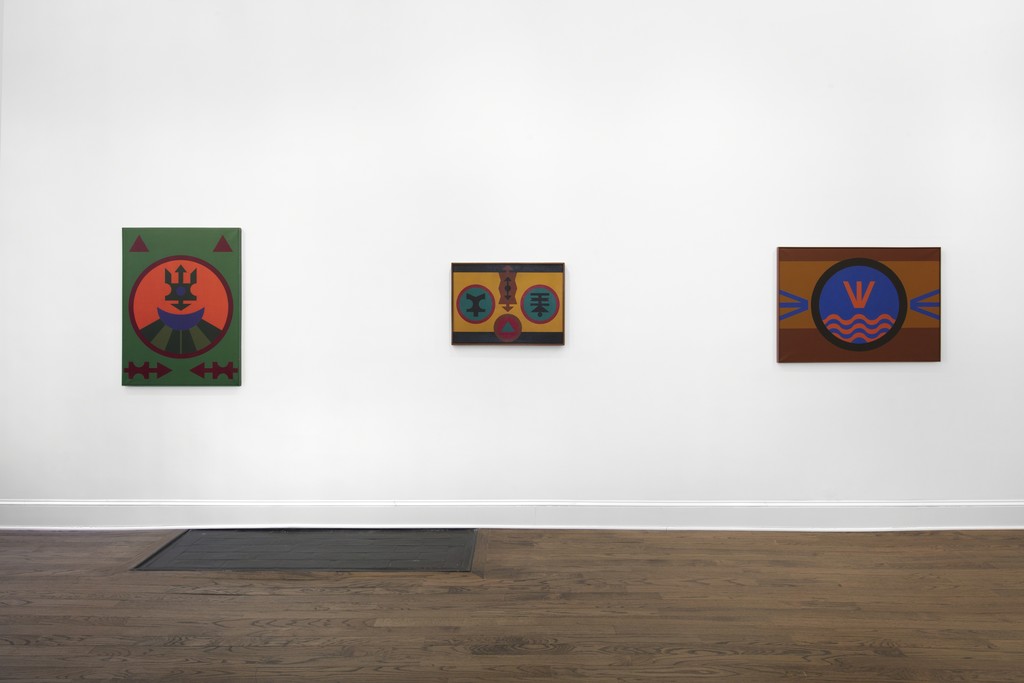 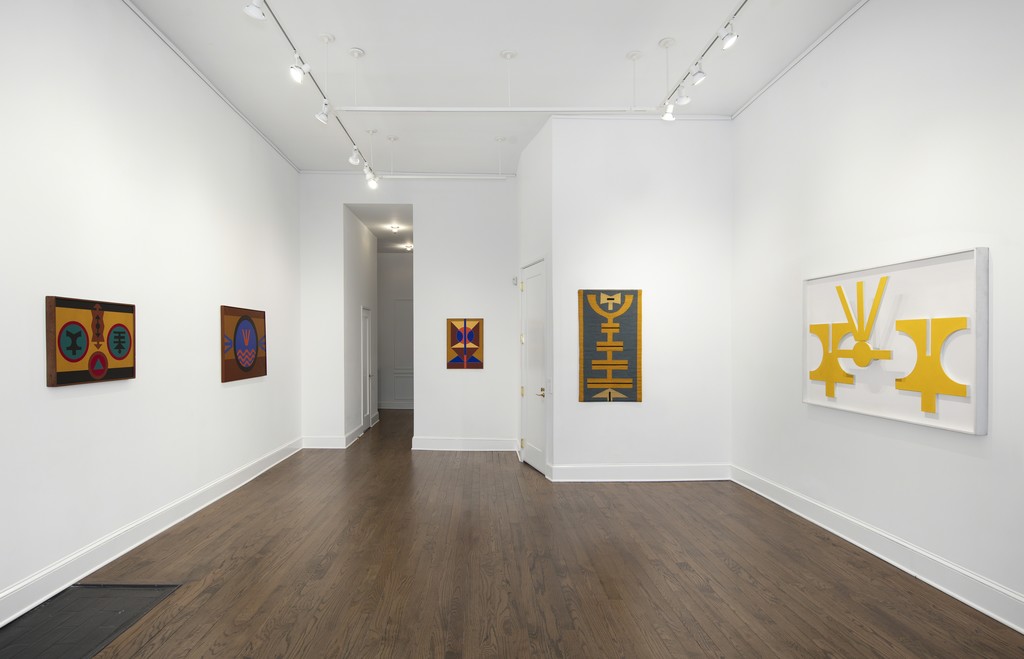 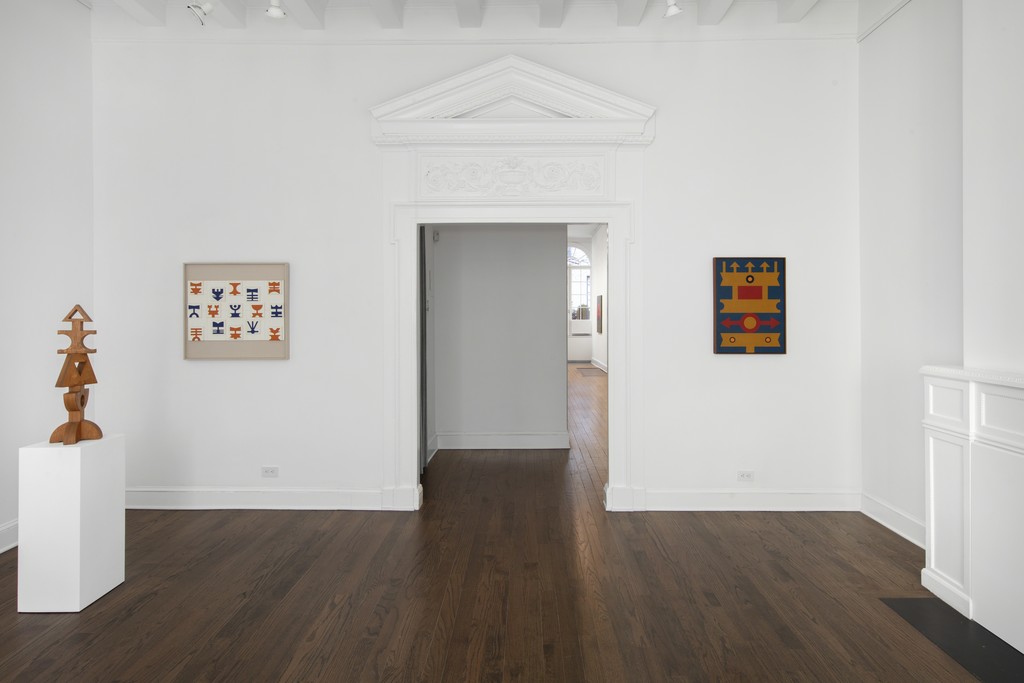 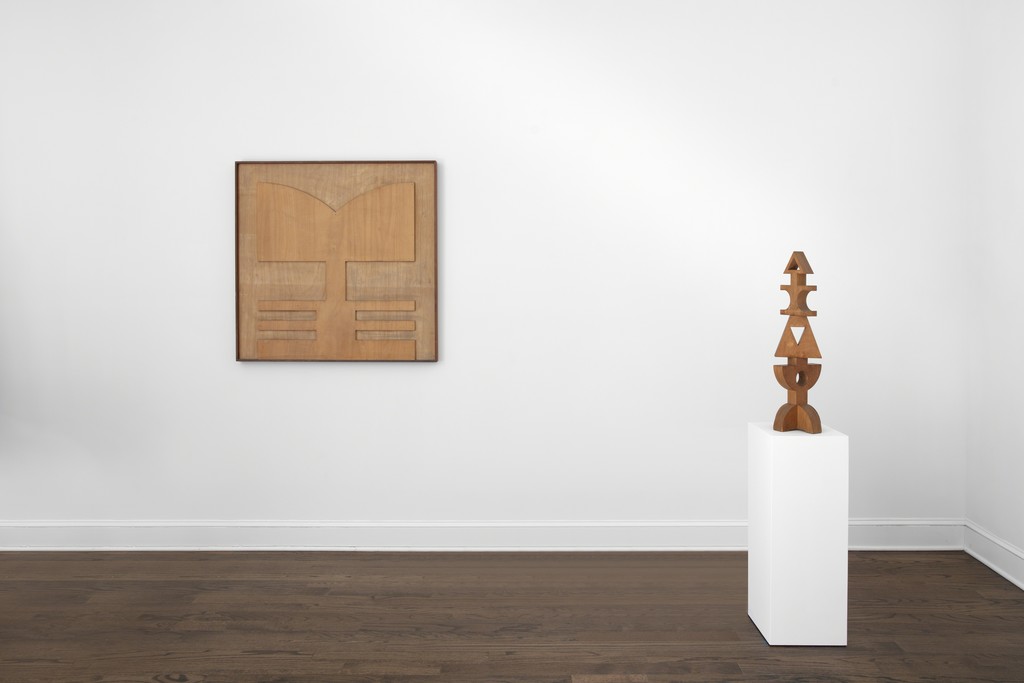 Mendes Wood DM New York is pleased to present an exhibition of iconographic paintings, totems, reliefs, and tapestries by Rubem Valentim. Comprised of works made between 1969 and 1990, this exhibition brings together Valentim’s geometric abstractions which intertwine the modernist rationality of Constructivism with Brazilian popular culture.

Valentim’s works are structurally organized and composed of abstract signs made from horizontal and vertical lines, circles, cubes and arrows. These elements are geometric reductions of Orixá, or deities, from the Afro-Brazilian religions Candomblé and Umbanda. These religions were originally brought to the Americas by enslaved Yoruba peoples from West and Central Africa. Once in Brazil, Candomblé and Umbanda developed further from the presence of indigenous groups and the influence of the Roman Catholic Church installed in Brazil by Portuguese colonizers. Valentim specifically acknowledges this forced migrationin his totems, which draw from traditional African sculpture and Afro-Brazilian art. By integrating these two concepts Valentim created a new vocabulary that represented Brazil and recognized its origin in the African Diaspora.

Distanced from his Concrete contemporaries, form and meaning are intrinsically linked in Valentim’s works as his main concern was content rather than “optical games”. The use of blue for example suggests Portuguese tiles, a reference to the forced miscegenation of the Portuguese colonizer while at the same time making reference to Yemonja the Orixá of the sea. Similarly, the color white lends balanceand harmony to his compositions while also representing Oxala, the Orixá associated with the creation of the world, purity, and balance.

Through formal abstraction, Valentim recomposed the materiality of Afro-Brazilian art and the African Diaspora. He rejected the idea of the Afro-Brazilian as asubculture or product of cultural colonization as it was often depicted. His deepinterest lied in the “mystical impregnation, the awareness of the cultural values ofmy people,” and the search for a truly universal Brazilian language.