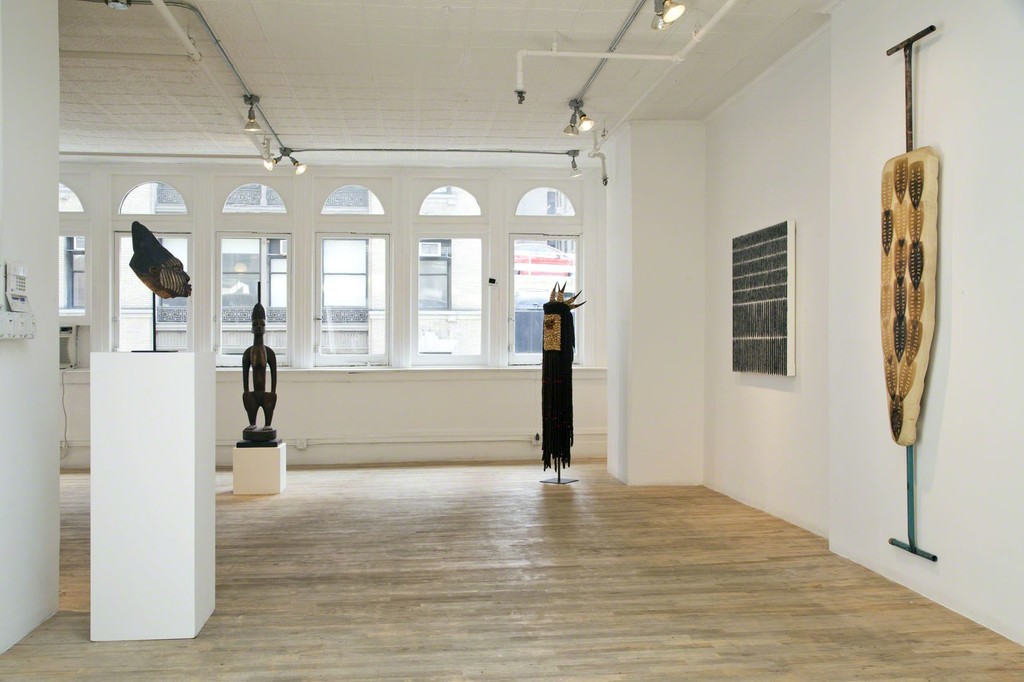 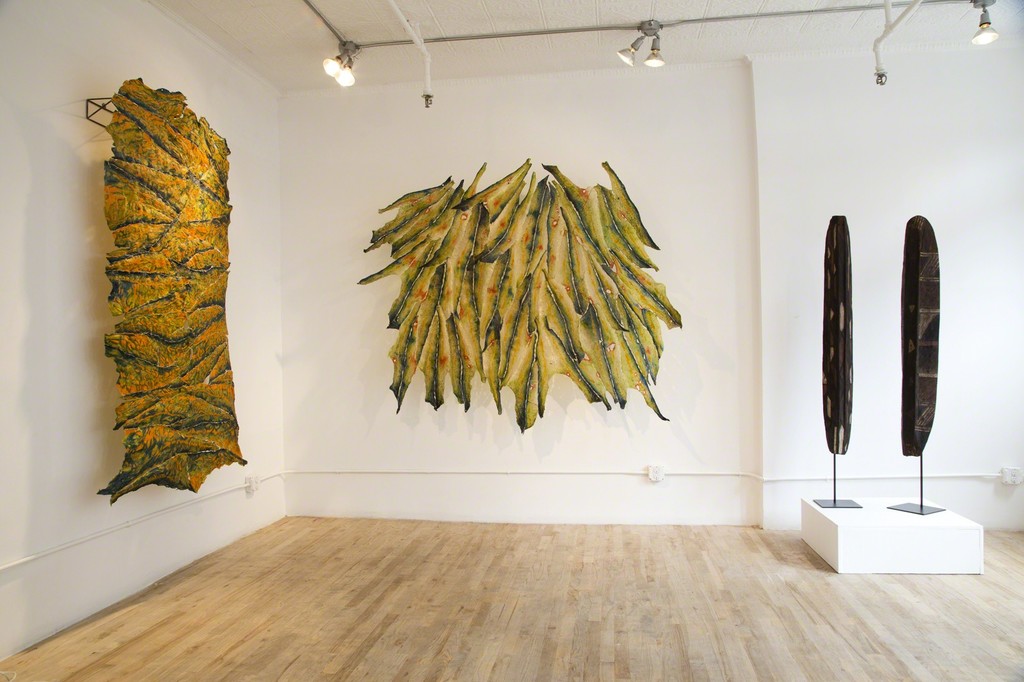 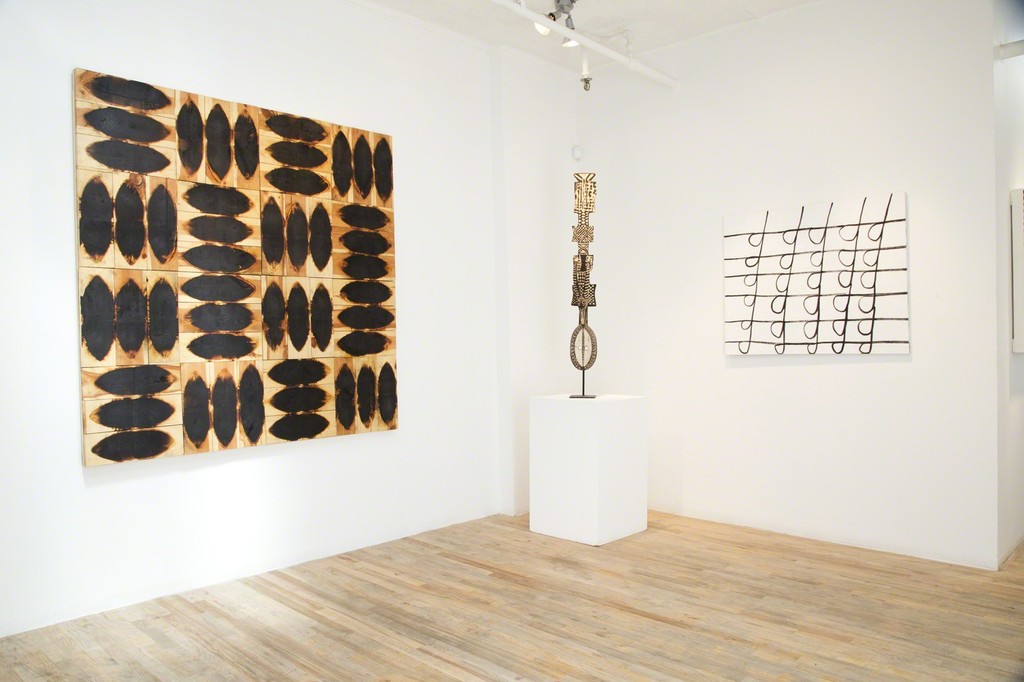 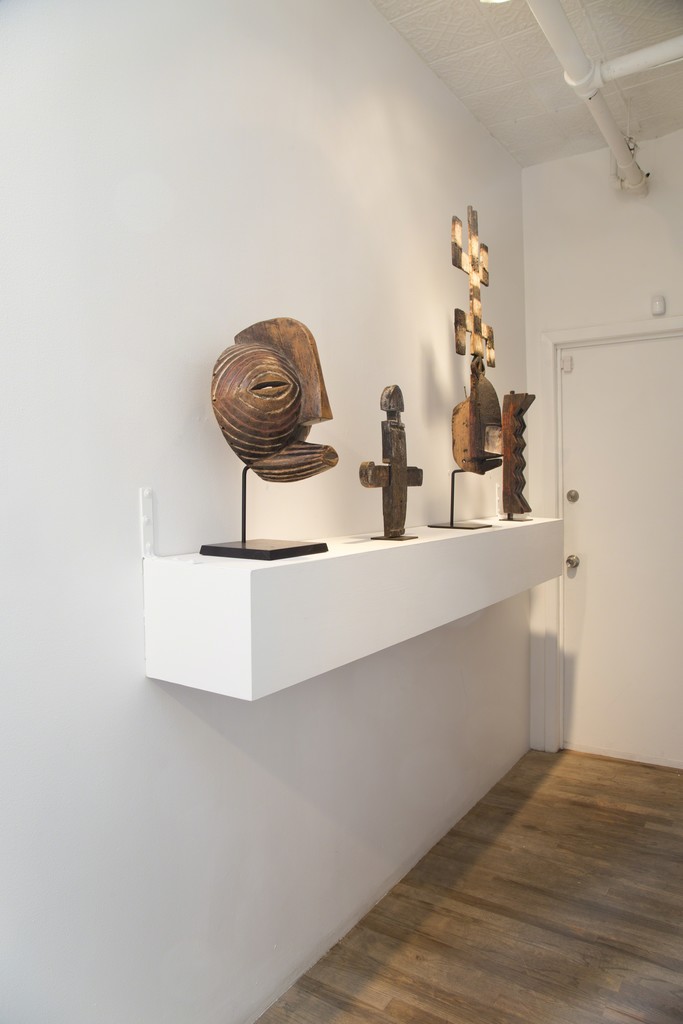 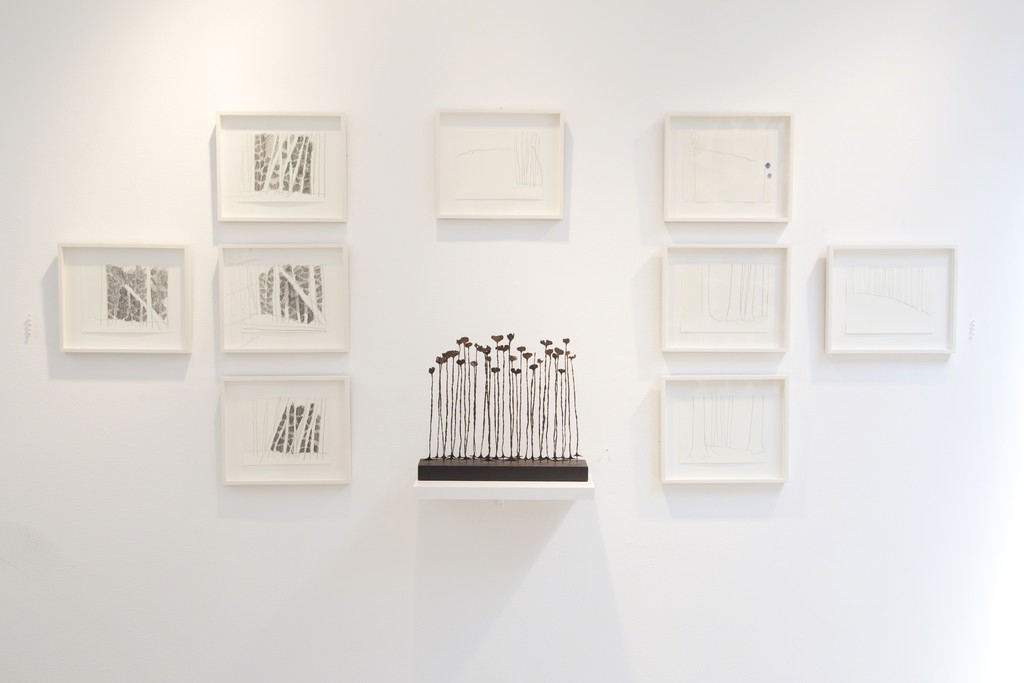 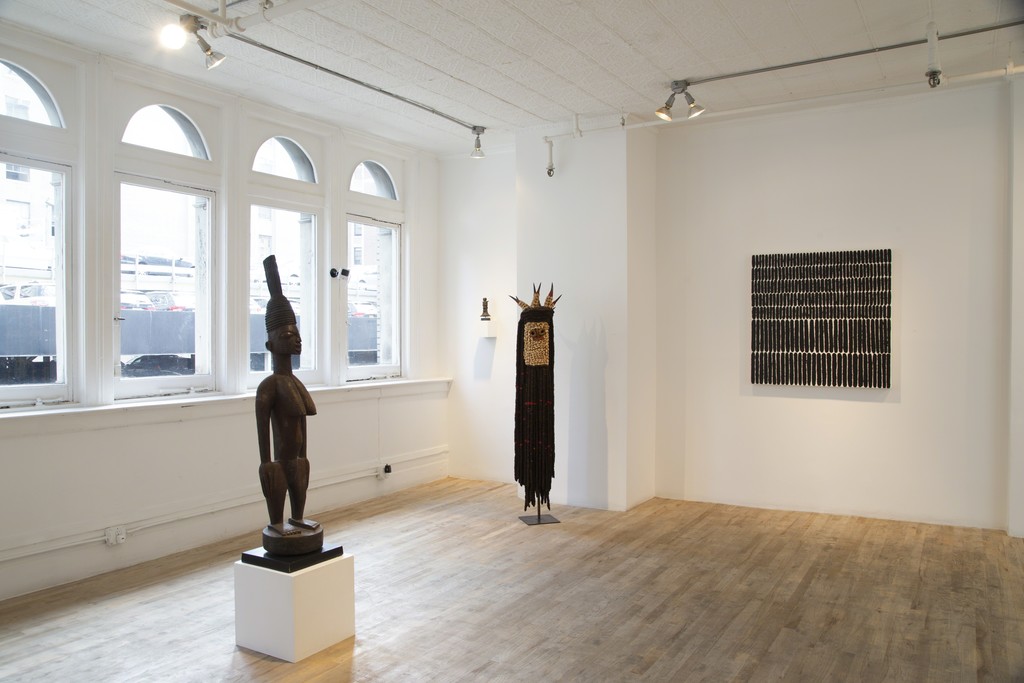 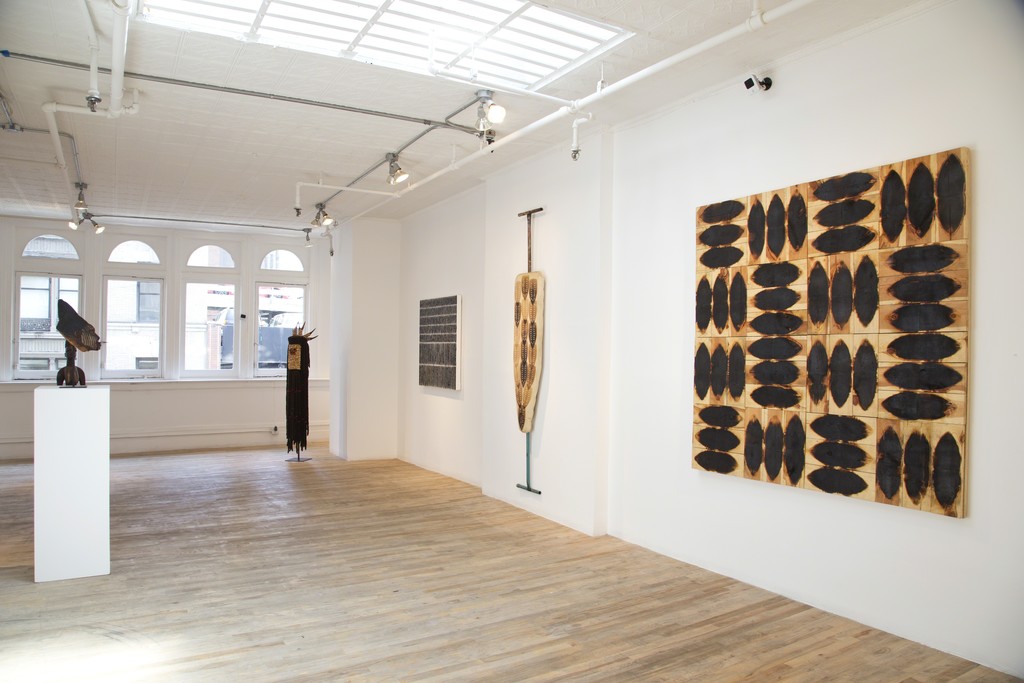 Parallel Lines describes a motif present to one degree or another in the works on view, as well as suggests that its use as a visual trope links a diverse group of artists to one another and to traditional African Art. The exhibition is not meant to suggest that African Art is a direct source of influence on the contemporary works (although it is for Willie Cole), but rather that an affinity to pattern and repetition resonates across widely disparate cultures.
For all of the artists in the exhibition, patterning derives from repetition, emerging from an accretive process – the building of imagery through the incremental, often rhythmic accumulation of similar forms or gestures. The patterning represented in Parallel Lines is not an all over, ornamental patterning such as one might find in Eastern or Islamic tile work or textiles; rather it is more linear and closer in spirit to markings or striations often found in African sculpture or in scarification patterns.

All of the artists use parallel lines as an essential element in their work. Bettina Blohm’s drawn hatch marks are both abstract markings and an impressionistic rendering of light and shadow in an upstate New York forest. In her black-and-white abstract painting, Diagram in White (2014), downward and looping brushstrokes create an irregular grid of balloon-like forms. Willie Cole organizes dense lozenge shapes, made by scorching wood with a hot iron, into alternating horizontal and vertical groups of three. The checkerboard pattern is further enhanced by lines between the individual planks that create an incised grid. Carol Hepper’s fish paintings employ
multiple levels of patterning – the repeating shape of the linear skins, the rhythmic lines of stitching, and the staccato patterns of holes in the skins work in concert to generate an overall harmony, and reveal a respect for complex patterns in nature. Joan Witek uses black oil stick to create repeating strokes that explore the vibrancy of mark making and the emotional content of abstraction.

The traditional African works were created for a practical or ceremonial function. Kissi Pennies from Sierra Leone were used for currency and later as markers on graves or tombs to channel the dead. Carved Kifwebe masks from the Democratic Republic of the Congo, dense with striations, were used for a variety of civic and social ceremonies from keeping the social order to initiation rites. The Mossi Antelope Dance Mask from Burkina Faso would have been a key element in funereal rituals to honor the dead. The Yegue Secret Society Mask from the Ku’ngang of the Bamileke people of Cameroon was likely employed in rituals to ward off sorcery and to purify the village. And, the Mongo (Bantu) Shields from the Democratic Republic of the Congo could have been used as much for ceremonial display as for defense. By contrast, the contemporary works are primarily aesthetic objects. Nevertheless, certain affinities exist. For example, the bands of short and long lozenge shapes in Witek’s Rue de Sans Souci (2006) bring to mind the rows of cowry shells and abundant strands of hair in the Cameroon Secret Society mask. The spindly iron stalks of Kissi Pennies find echoes in the lyrical lines of Blohm’s distillations of trees in upstate New York. The elongated shape of the Mongo Shields is not unlike that of fish skins in Hepper’s paintings. For Hepper, skin, the membrane between interior and exterior, and a body’s protection, is a kind of organic shield. Her fish skins, which harden as they dry, are thus both literal and metaphorical armor. Willie Cole invokes a generic African shield in his Domestic Shield I (1992). The allusion to shields created by the triangular patterning of an iron’s scorch marks cascading down an ironing board cover is reiterated and amplified by the shape of the ironing board itself.

Though motivated by distinct impulses, the commonalities in imagery in the art of these diverse contemporary artists and traditional African works invite a dialogue on the use and role of patterning and repetition across a gulf of culture, time, and space.