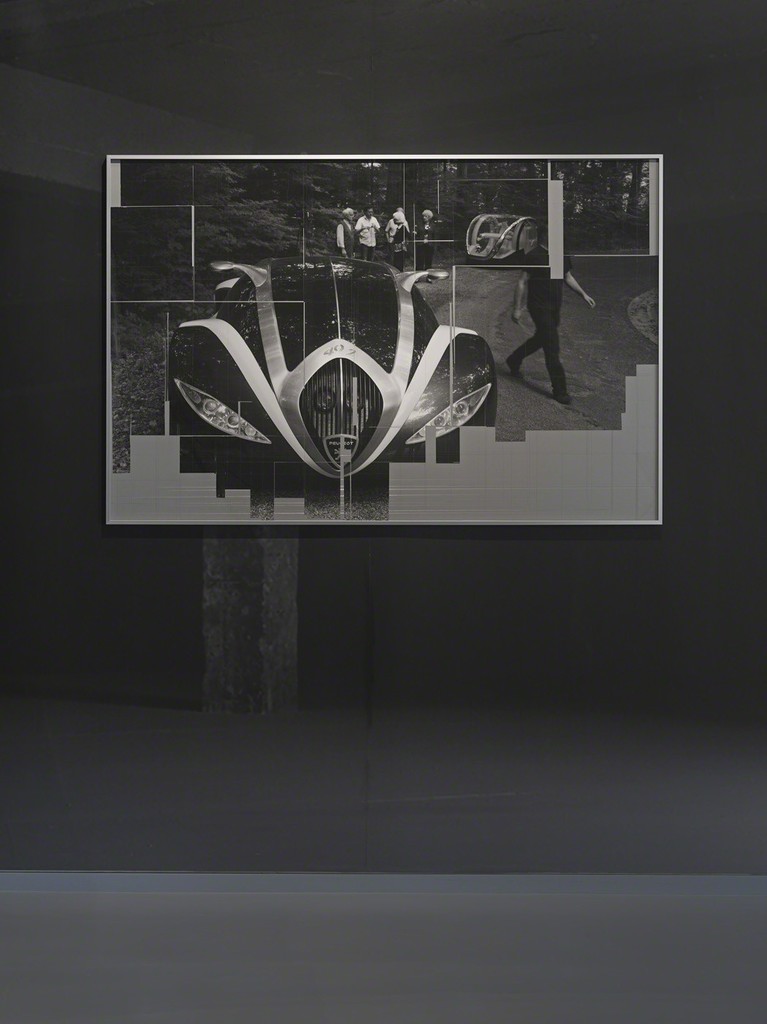 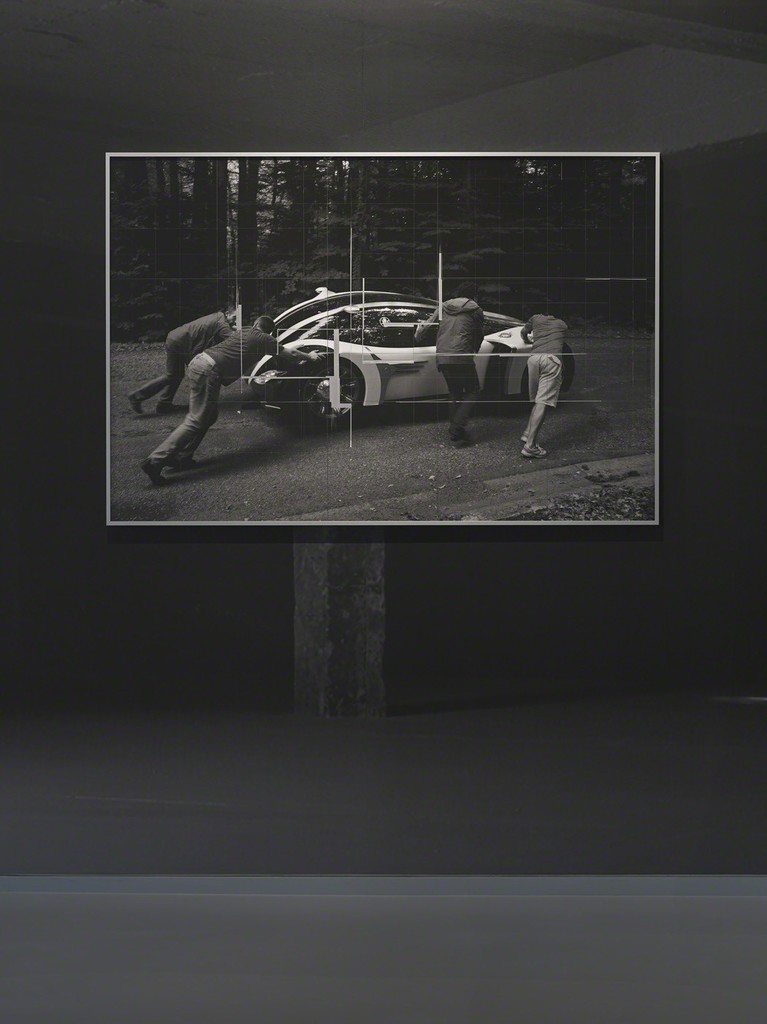 David Maljkovic exhibits an installation comprising a video work, collages and a slide projection in Metro Pictures Upstairs Gallery. Maljkovic covers two of the gallery’s walls in black-and-white wallpaper made using installation photographs from his recent show at the Palais de Tokyo in Paris. In each of the images blank projection screens stand in the bare concrete interior of the museum. On one screen Maljkovic projects a newly edited version of his HD video Out of Projection and on the other the 40-slide projection In Low Resolution. Maljkovic hangs two collages, also titled Out of Projection, over the wallpaper, emphasizing the spatial illusion created by the massive photographs.Maljkovic consistently reuses and repositions his own works, imagery and titles to consider the inefficiency of memory and inadequacy of documentation. His work reveals the corrupted nature of historical narratives and imagined futures; he confronts his audience with the capricious relationship of form and content, object and representation to destabilize crystallized histories and perceptions. The video Out of Projection shows retired Peugeot factory workers walking around the car manufacturer’s test track in Sochaux, France. Ethereal and voyeuristic, the video depicts figures who seem unaware they are being filmed as they move around futuristic-looking cars—actual prototypes made by Peugeot— in slow motion. Maljkovic mounts still images from the video onto aluminum in his collage series Out of Projection. Cutting into the black-and-white photographs with great precision, Maljkovic exposes sections of the aluminum backing as he leaves behind the methodical incisions of his knife over the surface. In the slide projection of the same name Maljkovic manipulates photographs from his personal archive, which often depict earlier works and installations, by reducing specific objects and areas to large indiscernable pixels. David Maljkovic’s video trilogy Scenes for a New Heritage is currently on view in an exhibition of the same name at the Museum of Modern Art. A new film made exclusively for the museum’s Modern Monday film series will be shown on Monday, May 18 at 7pm. Following the screening Maljkovic will discuss his work with MoMA curator Ana Janevski. Maljkovic’s work is on view in “All the World’s Futures” at the 56th Venice Biennale through November 22. Recent one-person exhibitions include Palais de Tokyo, Paris; Baltic Center for Contemporary Art, Gateshead, UK; Van Abbemuseum, Eindhoven, Netherlands; GAMeC, Bergamo, Italy; Kunstmuseum St. Gallen, Switzerland; CAC Contemporary Art Center, Vilnius, Lithuania; Kunsthalle Basel (with Latifa Echakhch); SculptureCenter, New York (with Lucy Skaer), Secession, Vienna; Museo Reina Sofía, Madrid; Kunstverein Hamburg; and MoMA PS1, New York.