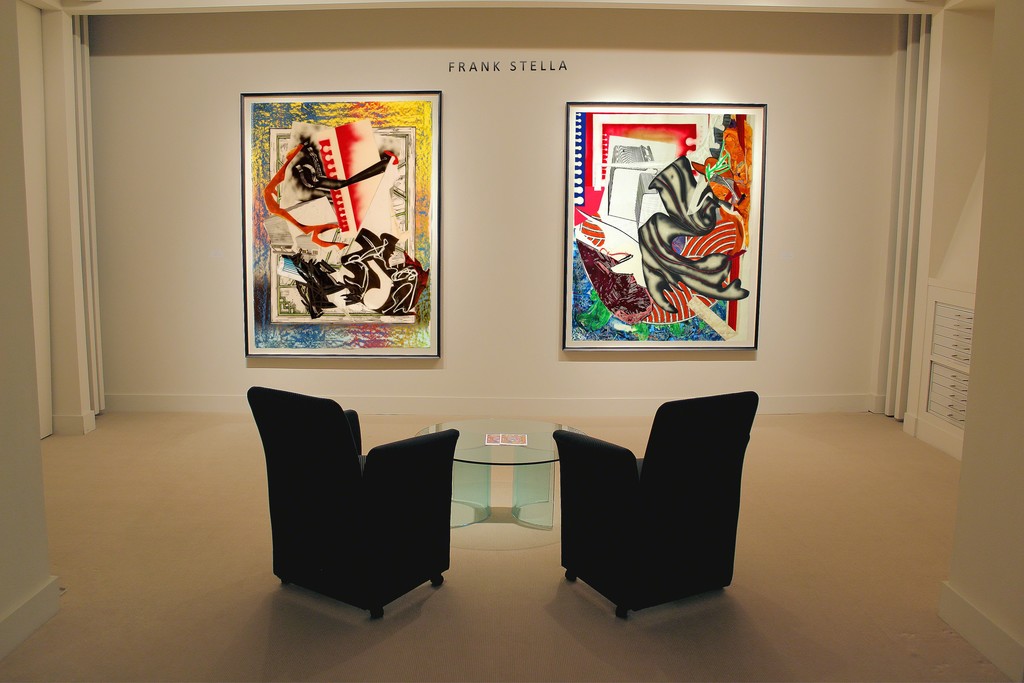 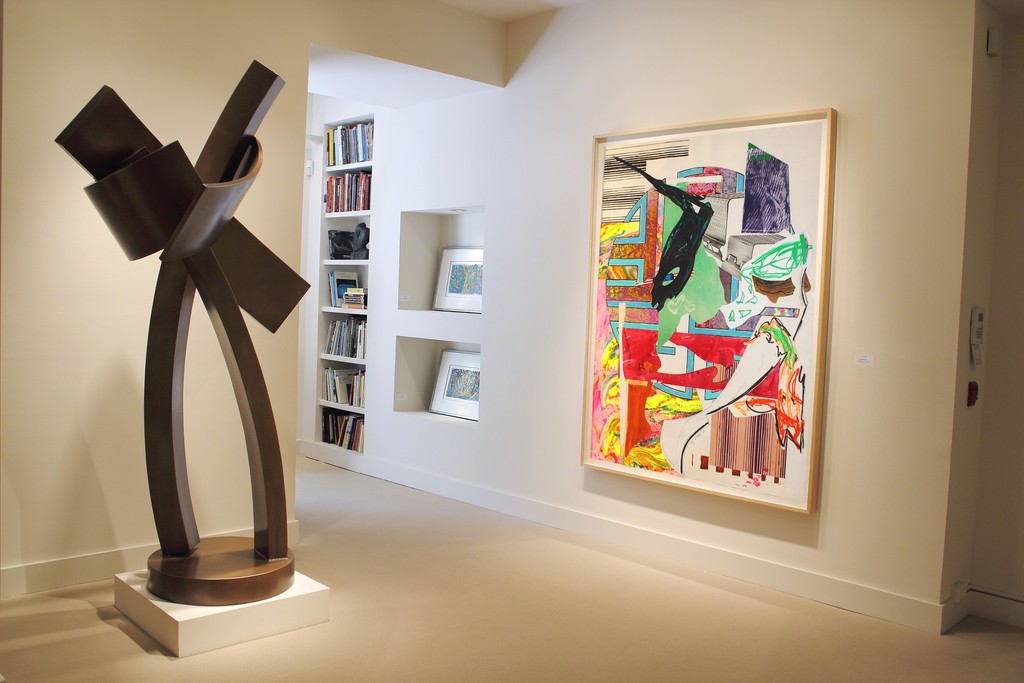 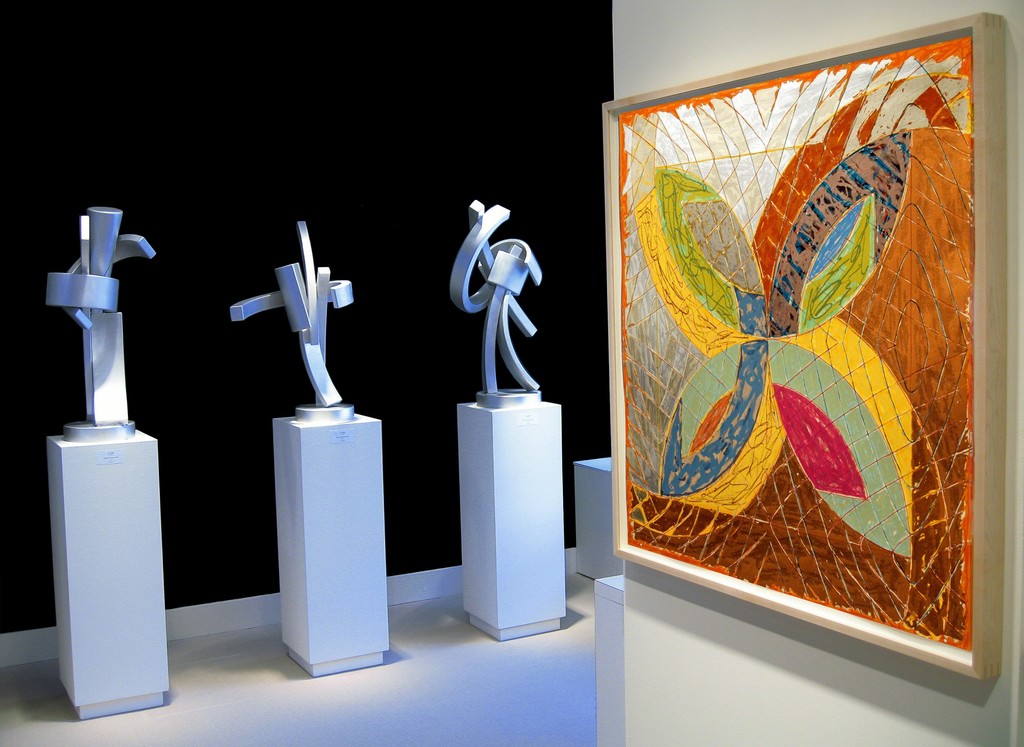 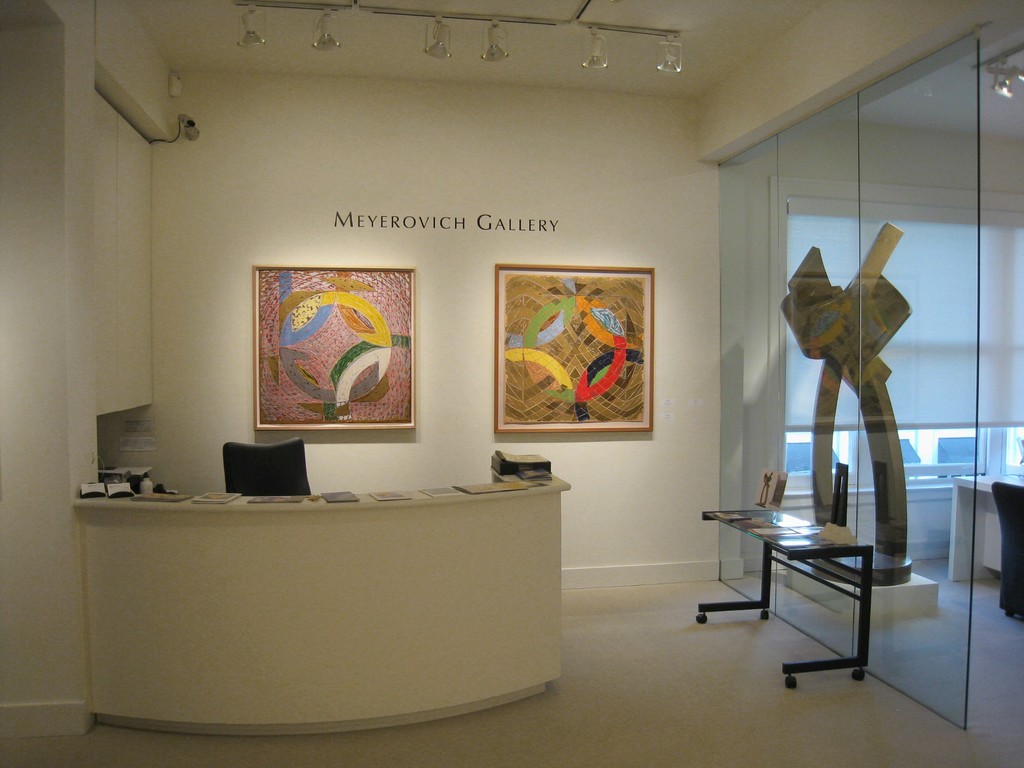 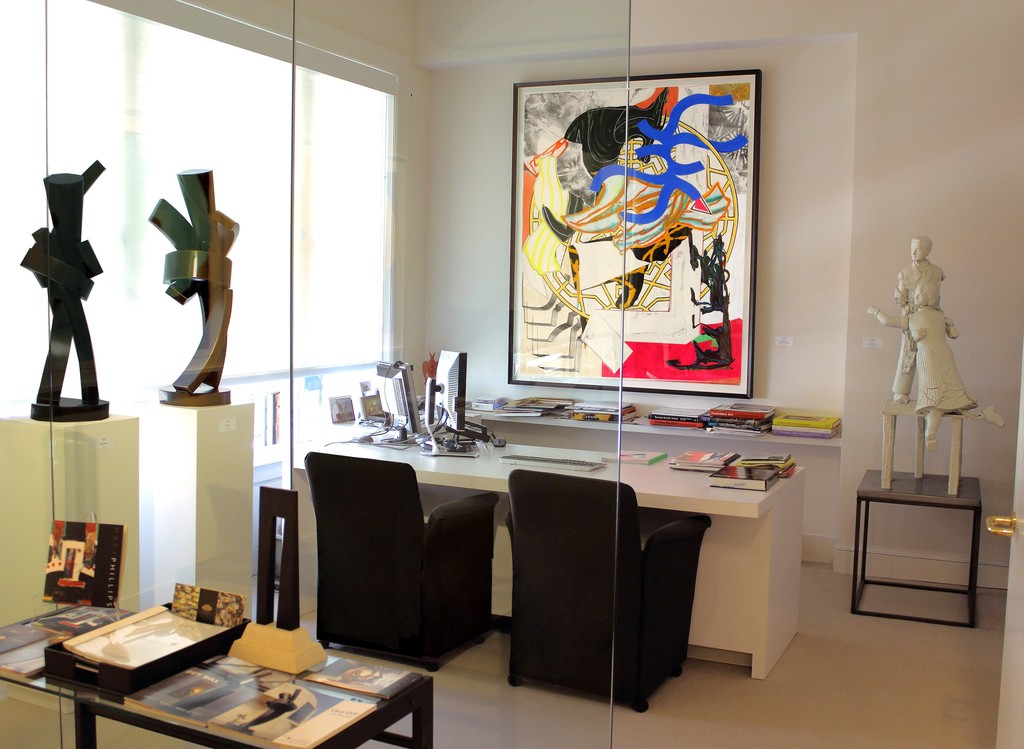 (SAN FRANCISCO, CA) — Meyerovich Gallery is pleased to announce an exhibition of works on paper by one of the leading contemporary American artist, Frank Stella. Stella, is a significant figure in minimalism and post-painterly abstraction and he is recognized as one of the most innovative and productive artists of our time. He experimented with combinations of shapes, colors, and techniques in his works making them uniquely inventive and visually exciting.

The exhibition “Frank Stella: Works on paper” on display at Meyerovich Gallery includes a group of works from 1980 up to 2000. These works are from different series such as Polar Co-Ordinate and Waves. Stella uses a wide range of the most innovative printing techniques For example Swan engravings framed II is an etching made of hand-drawn magnesium plates collaged together with ‘found’ fragments of the same material. The critic Robert Hughes, describing the Swan engravings as: “one of the most brilliant and audacious … prints produced…ever…no modern artist since Picasso in the forties has given us … prints of this opulence and strength, and not even he worked at this size….With the Swan engravings Stella finally becomes as important to printing as he is to painting…”. Stella also uses sculptural forms in his artworks derived from cones, pillars, French curves, waves, and decorative architectural elements such as Bene come il Sale aka As Good as salt and Schwarze Weisheit for D.J. both beautiful and technically complex artworks.

Frank Stella was born in Maiden, Massachusetts in 1936. After attending high school at Phillips Academy in Andover, Massachusetts, he Stella went on to Princeton University, where he painted, influenced by the abstract expressionism of Jackson Pollock and Franz Kline, and majored in history. Early visits to New York art galleries would prove to be an influence upon his artistic development. After his graduation in 1968, he was included in an exhibit, Sixteen Americans, at the Museum of Modern Art in New York.

Highly acclaimed, both critically and popularly, his work has been exhibited in the most prominent American and British Museums and his works are included in museum and corporate collections throughout the world.
The gallery collection of Frank Stella works can be viewed on the website www.meyerovich.com
For additional information or visuals please contact Alex Meyerovich at (415) 421-7171 or [email protected].