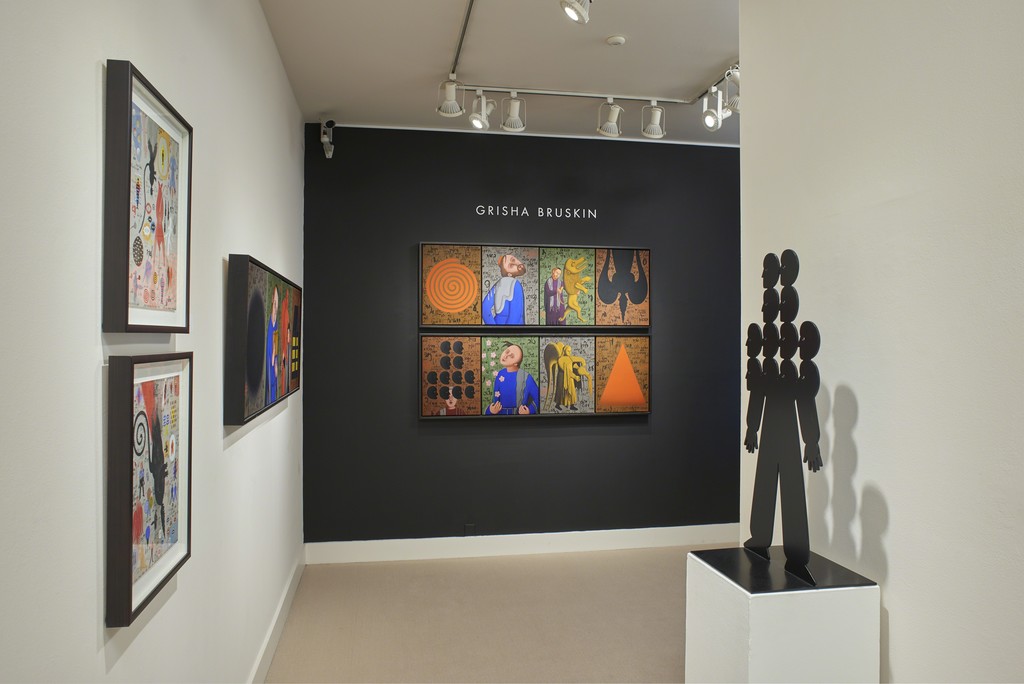 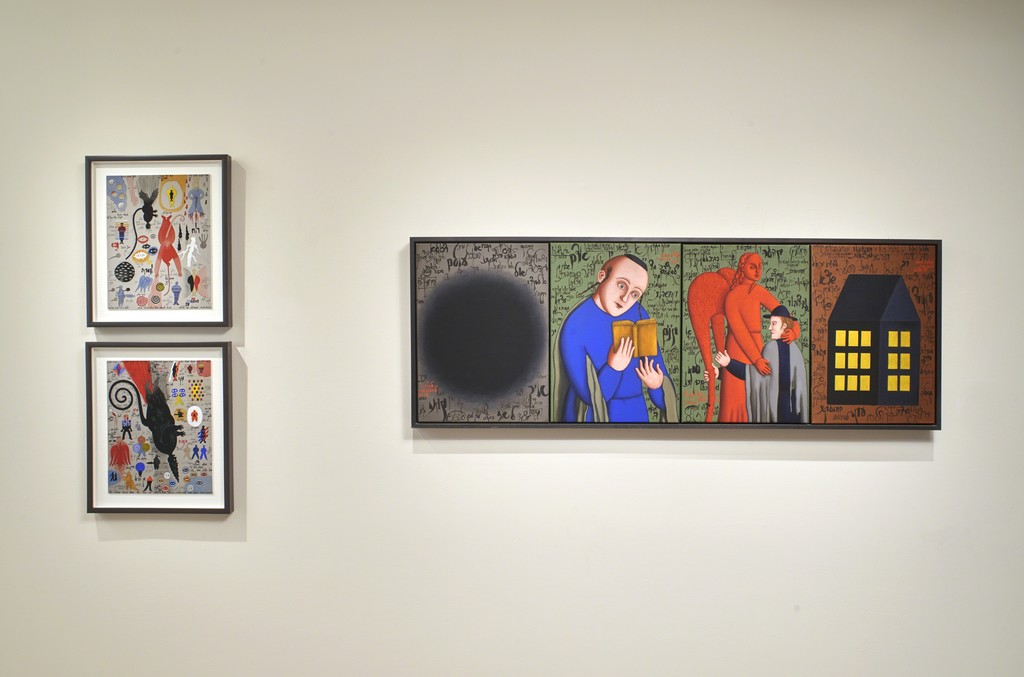 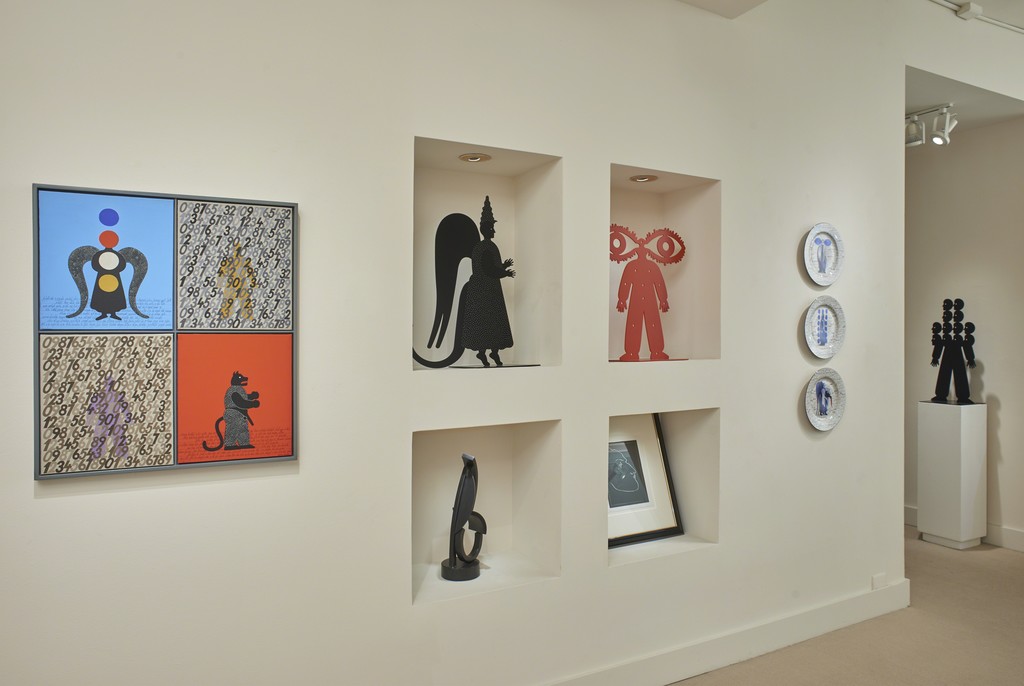 The exhibition Grisha Bruskin: Paintings and Sculpture at Meyerovich Gallery, SF features a group of bronze sculptures, oil paintings, works on paper, colorful flat sculptures, and hand painted porcelain plates. These artworks explore Bruskin’s own world of images and meanings, united by themes from mythological, Kabbalistic and folklore traditions. Bruskin’s art is largely based on the use of symbols of one kind or another. In the same way that the letters of the alphabet are symbols and when put together form words, in Bruskin’s paintings he arranges figures which have symbolic meaning to form a visual vocabulary, or lexicon. The artist states, “To me each personage has a specific meaning. All of them make up a kind of text. Each personage is a letter in my own alphabet.”

Also included in this thought provoking exhibition by the Russian born artist are sculptures from his “On the Edge” series and “Archaeologist’s Collection” series. “Moonlight”, bronze sculpture painted in white, depicts an embracing couple as they balance or step off a column. Metaphorically grounded “on the edge” of walking and sleeping, consciousness and non-consciousness, death and rebirth, the works’ stylized handsomeness conjures associations with romanticism, kitsch, and Socialist realism. “Bandage Boy,” a bronze sculptures which the artist cast in Tuscany, Italy and placed underground for several years in order to give it the appearance of an archaeological patina through the earth’s natural chemicals. The artist’s basic idea for this series is to create artifacts of a lost civilization. The mythology in question relates to the mythology of communism. Bruskin was born in 1945 in Moscow and grew up behind the Iron Curtain. He emigrated to the US in 1989.

Bruskin graduated from the Art Department at the Moscow Textile Institute in 1968. The following year he became a member of the Soviet Artists’ Union and had three exhibitions which were all closed by the Soviet authorities. A pivotal opportunity presented itself in 1988 when his painting, Fundamental Lexicon, was sold in Moscow at Sotheby’s first Russian Avant-Garde and Soviet Contemporary Art auction in 1988. This brought him to the attention of the international art world and ignited his career. In 1999 Bruskin was chosen to represent Russia with a permanent installation at the redesigned Reichstag, home to the German parliament, in Berlin.

In the art of Grisha Bruskin we are facing two themes. One is connected with the myth of Communism; the other one – with the myth of Judaism. Both of these themes were exhibited this summer in Venice, Italy. Bruskin exhibited in this year’s Collateral Event at the 56th Venice Biennale by creating a site-specific exhibition titled “An Archaeologitst’s Collection” a journey to the future among the ruins of the Soviet Empire at the former church of Santa Caterina.

In parallel to the Venice Biennale, Grisha Bruskin offers us an evocative and inspiring exhibition displayed at the Querini Stampalia Foundation Museum, his first show in Venice. The "Alefbet - Alphabet Memory" includes five large tapestries, preparatory drawings, gouaches, alongside six oil paintings. This exhibition gives a pictorial synthesis of history and memory, merging the thousand-year old Jewish tradition of Talmud and Kabbalah with Russian political and cultural history and the origin of the artist.

For more information or additional visuals, please visit our website: www.meyerovich.com or contact Alex Meyerovich at the gallery: 415-421-7171 / [email protected]