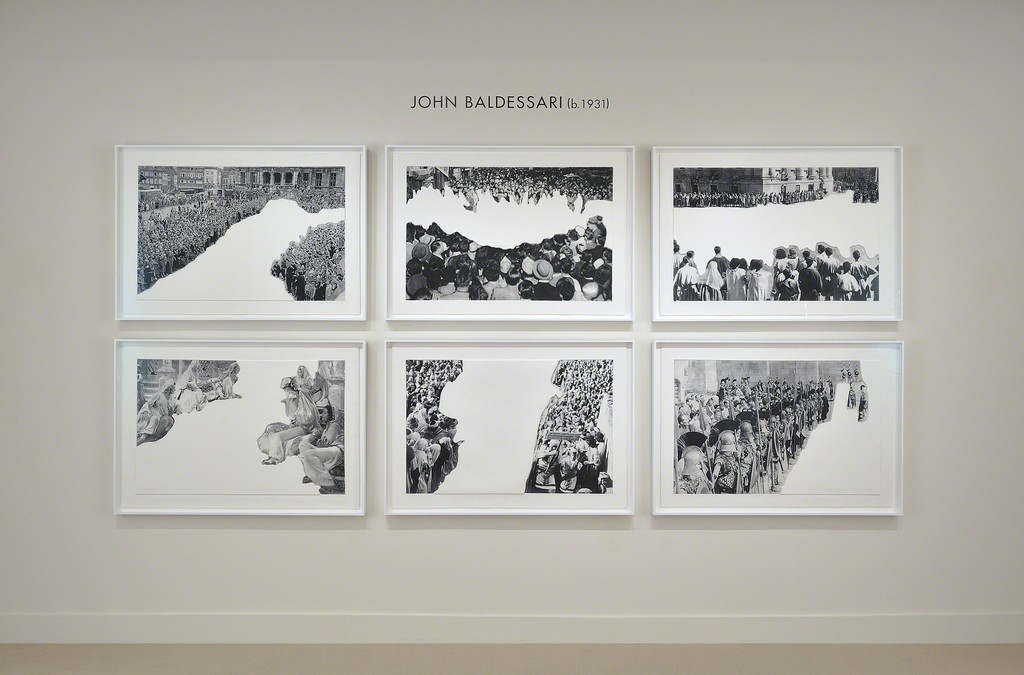 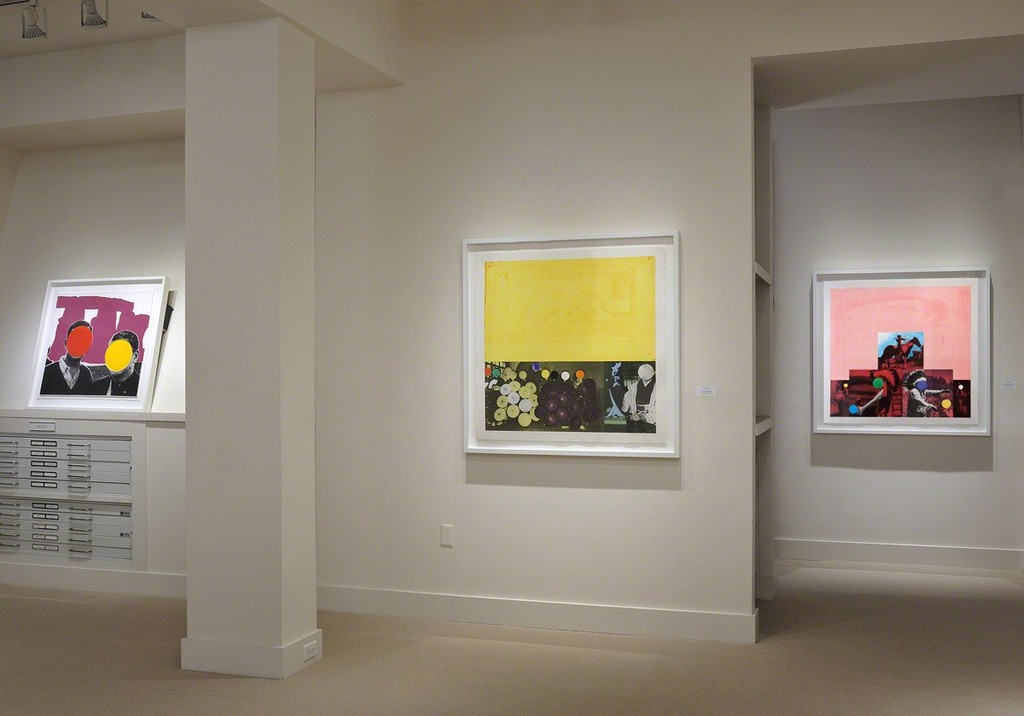 John Baldessari installation of works from the "Stonehenge" and "Cliche" series at Meyerovich Gallery, SF 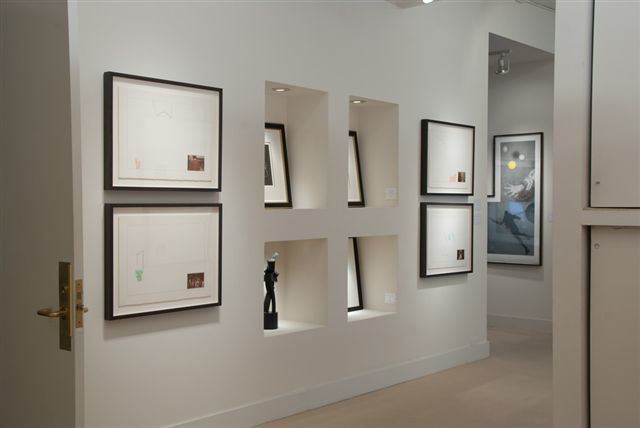 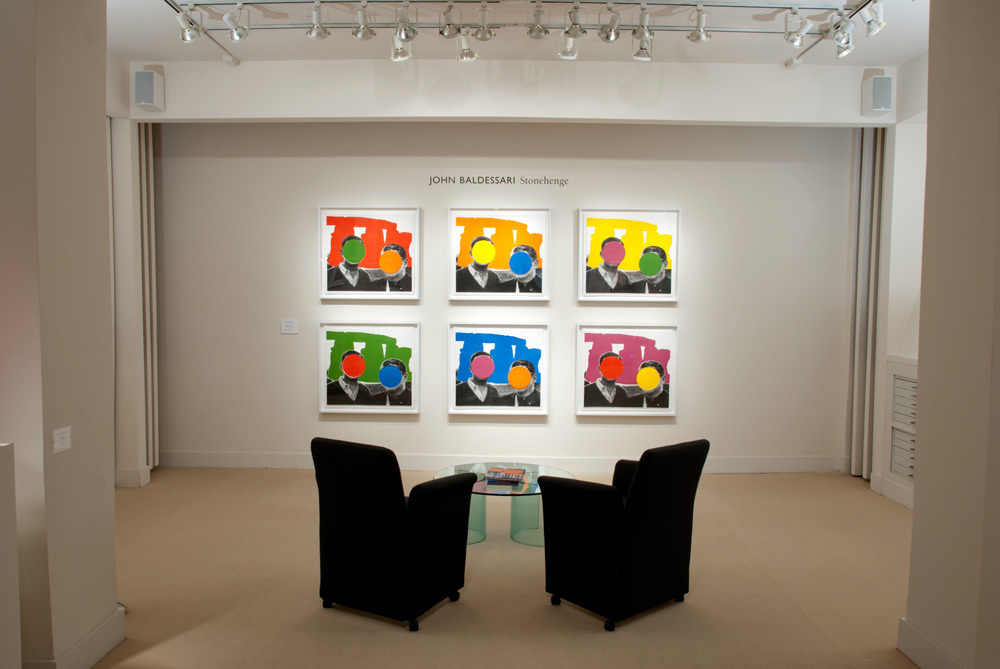 Baldessari’s chosen vintage movie stills seem at once recognizable and yet unfamiliar. These classic cinematographic images that once informed a clear storyline now raise more questions than they answer. The work depicts individuals gathered together in formation or spontaneously while captivated by the unknown. Soldiers, onlookers, harem girls and a wide assortment of people become participants in an event that was undoubtedly defined before the artist altered the image. The lack of closure in these reinvented images creates a tension that entices the viewer to project ideas and possibilities of what the amorphous white shapes may embody. Also, a selection of recent works on paper by Baldessari will be on display.

As one of the country’s most influential living artists John Baldessari’s artworks have been featured in more than 200 solo exhibitions and in over 1000 group exhibitions in the U.S. and Europe. He is one of the founders and innovators of conceptual art. To look at one of Baldessari’s works is to relearn how to read in a nonverbal, nonlinear way. His impact on generations of younger artists is profound and of particular importance is his role at the California Institute of the Arts and at UCLA, where he has helped to establish the West Coast as a leading site of innovation in the arts.

John Baldessari’s awards and honors include memberships in the American Academy of Arts and Letters and in the American Academy of Arts and Sciences, the Americans for the Arts Lifetime Achievement Award, the Rolex Mentor and Protégé Arts Initiative, the BACA International 2008, the Golden Lion for Lifetime Achievement, awarded by La Biennale di Venezia and the City of Goslar Kaiserring in 2012. He has received honorary degrees from the National University of Ireland, San Diego State University, Otis Art Institute of Parsons School of Design, and California College of the Arts.

For more information or additional visuals, please visit our website: www.meyerovich.com
or contact Alex Meyerovich at the gallery: 415-421-7171 / [email protected]