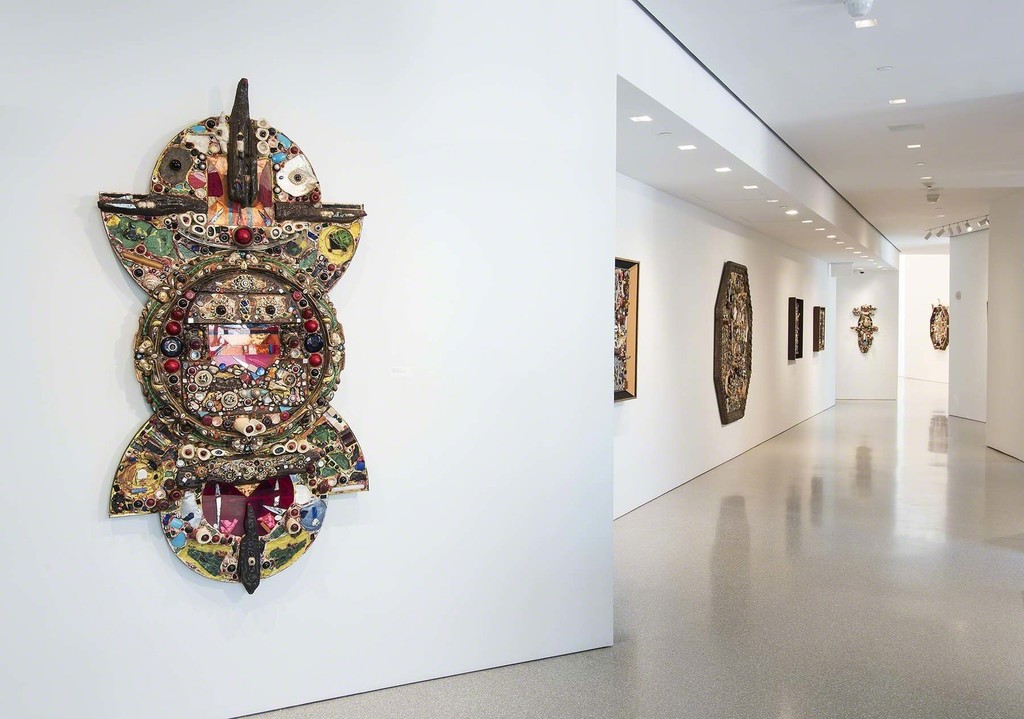 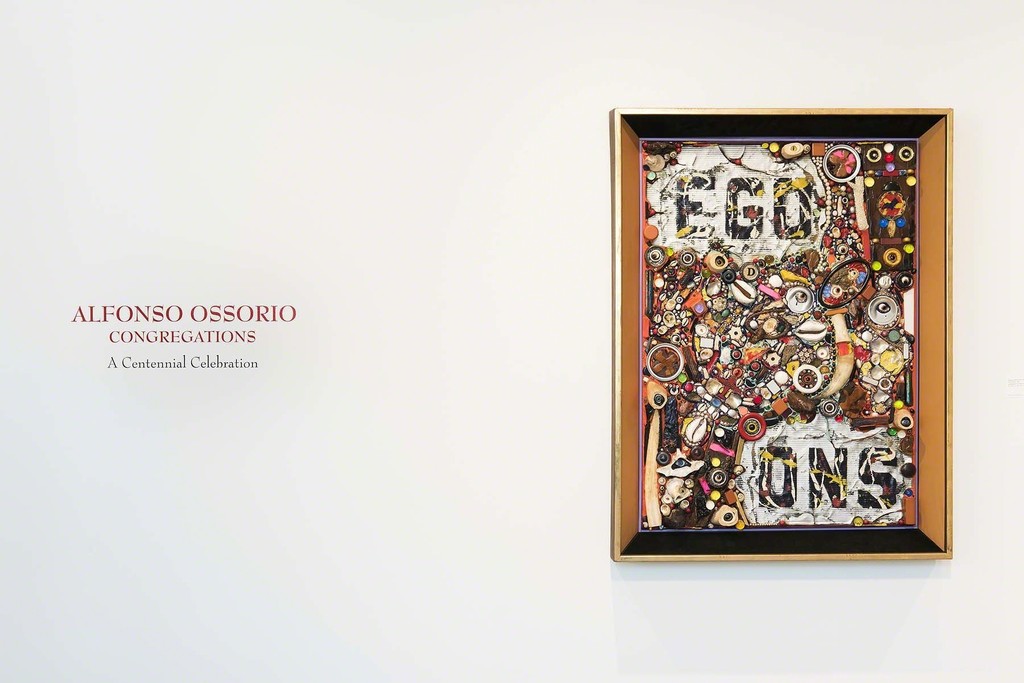 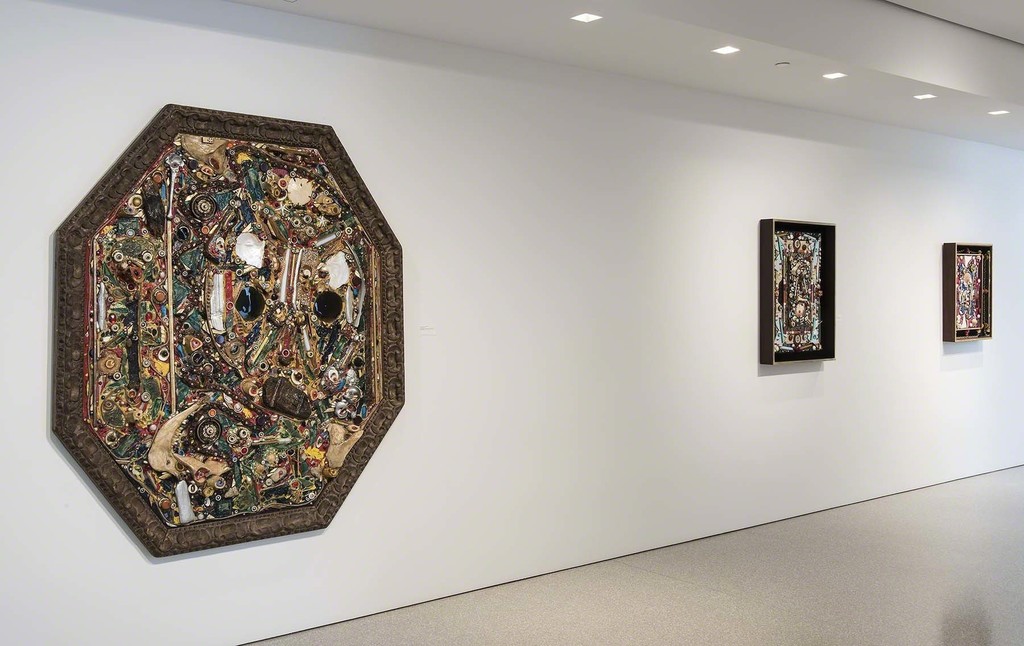 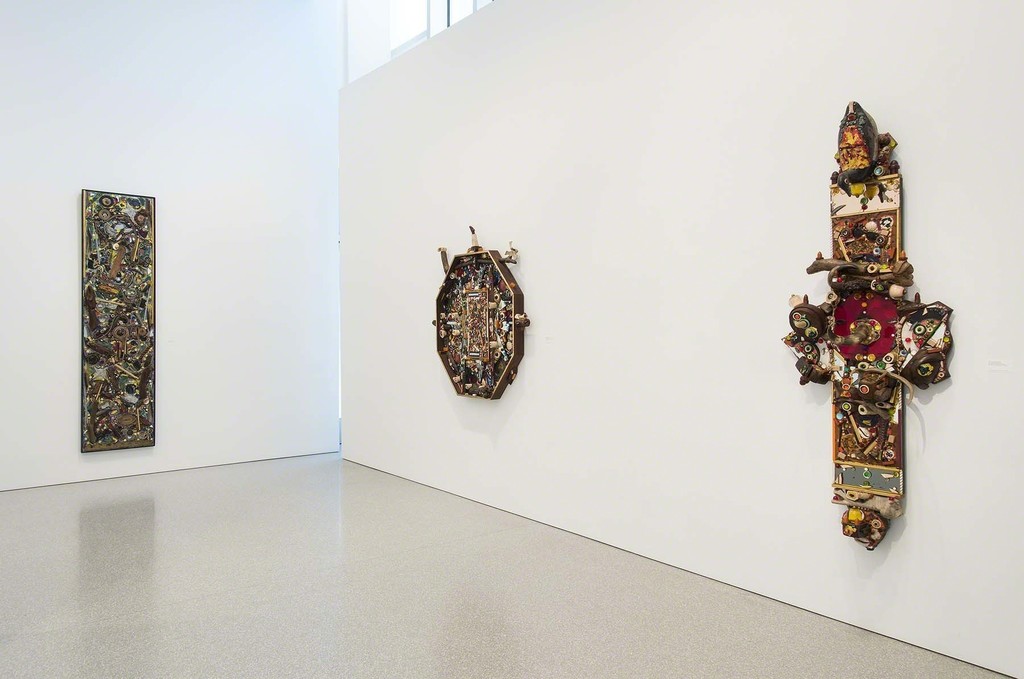 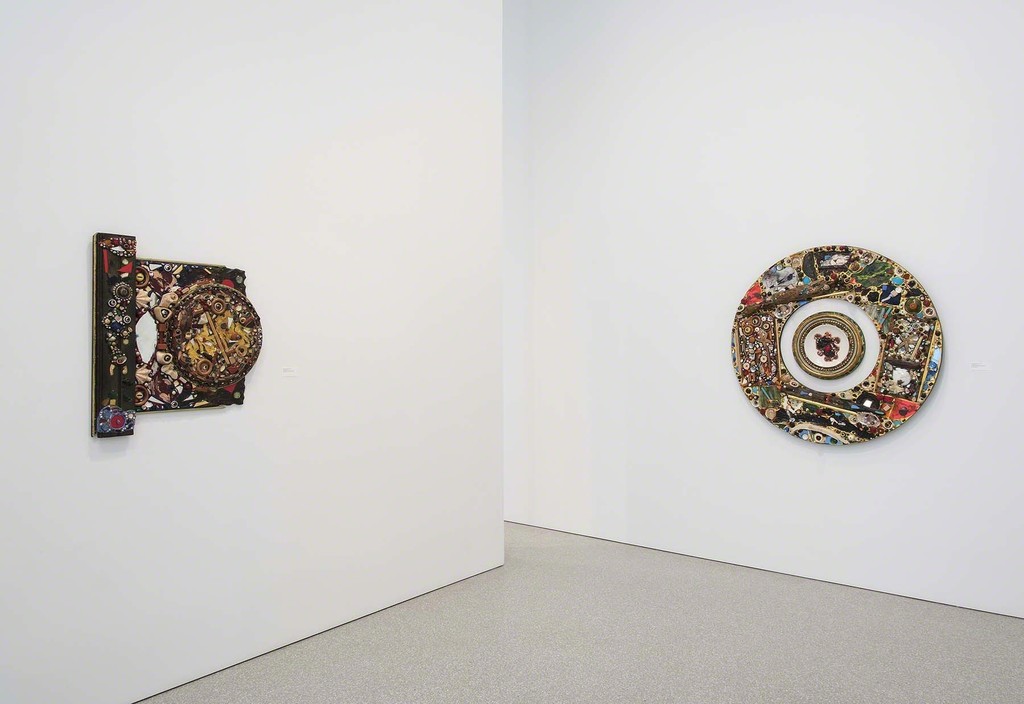 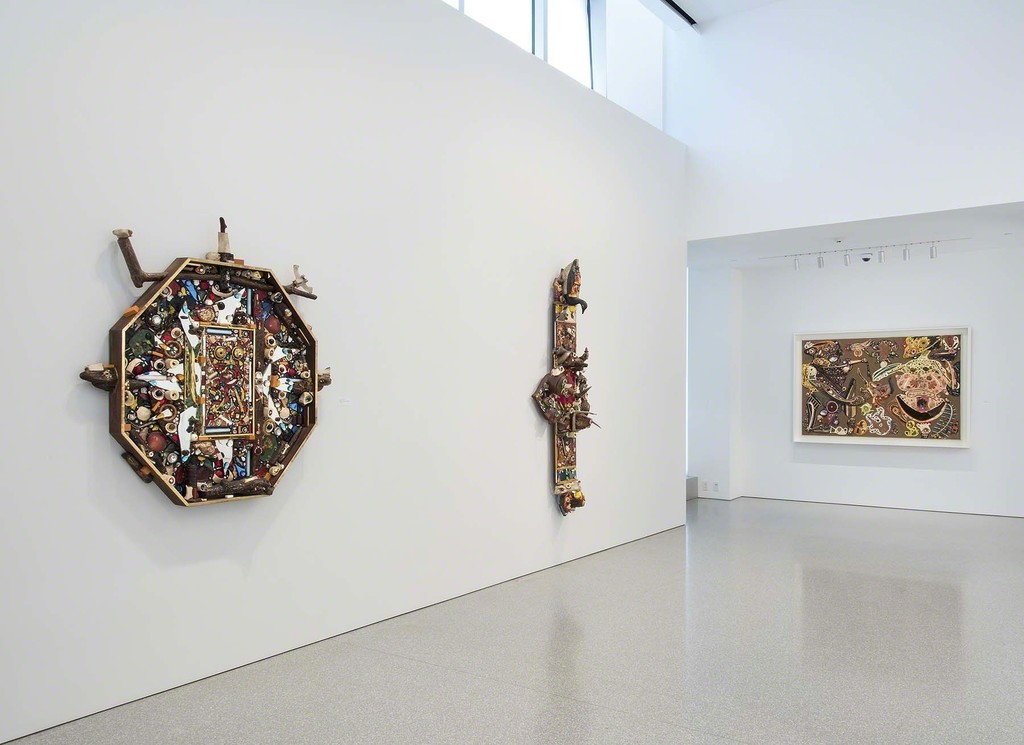 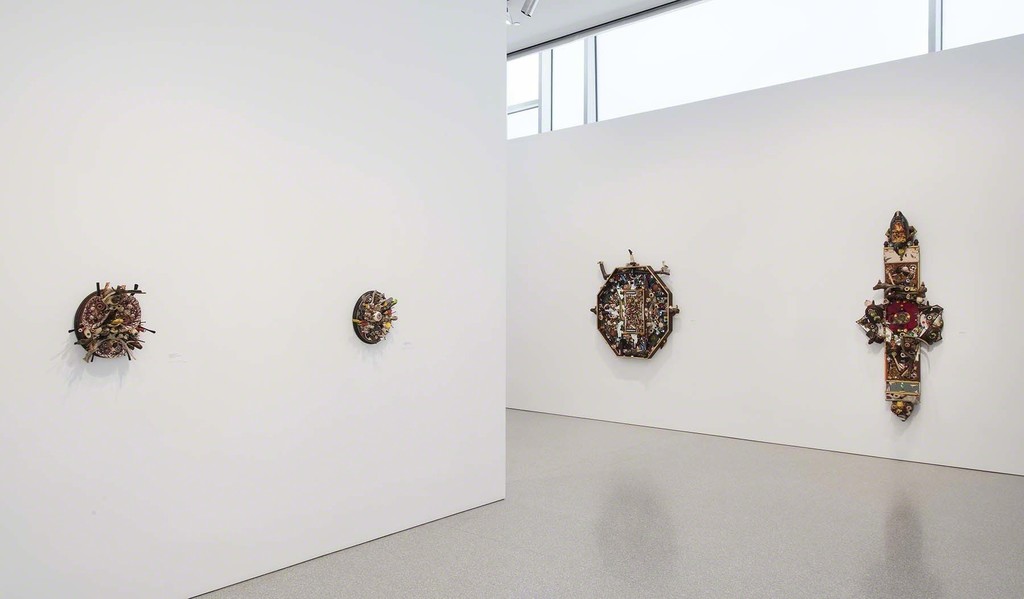 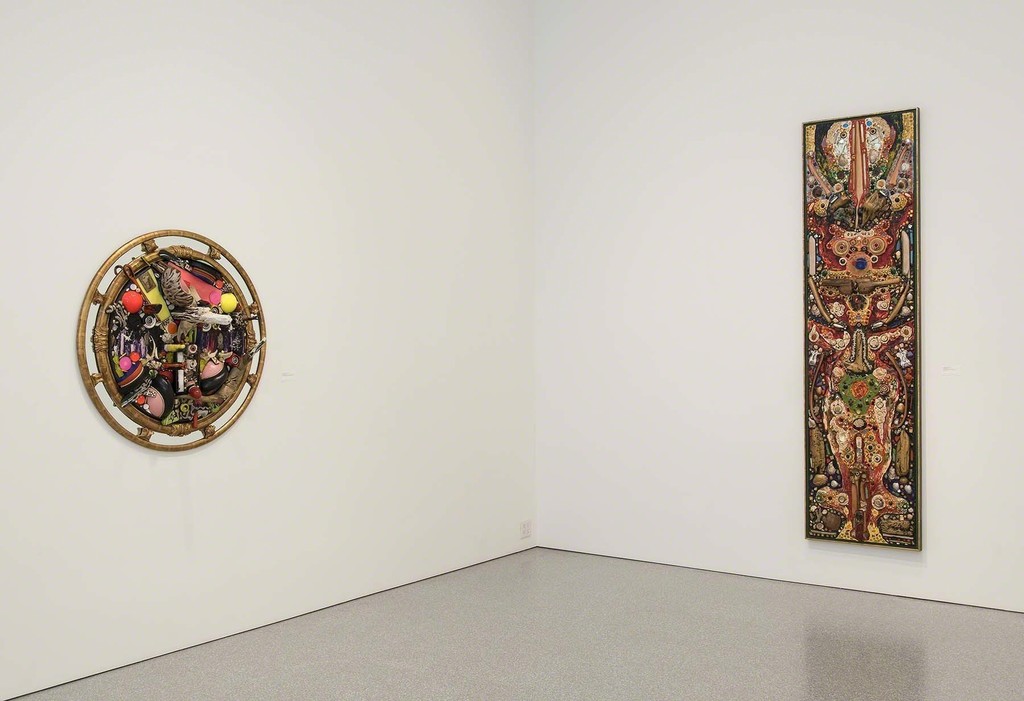 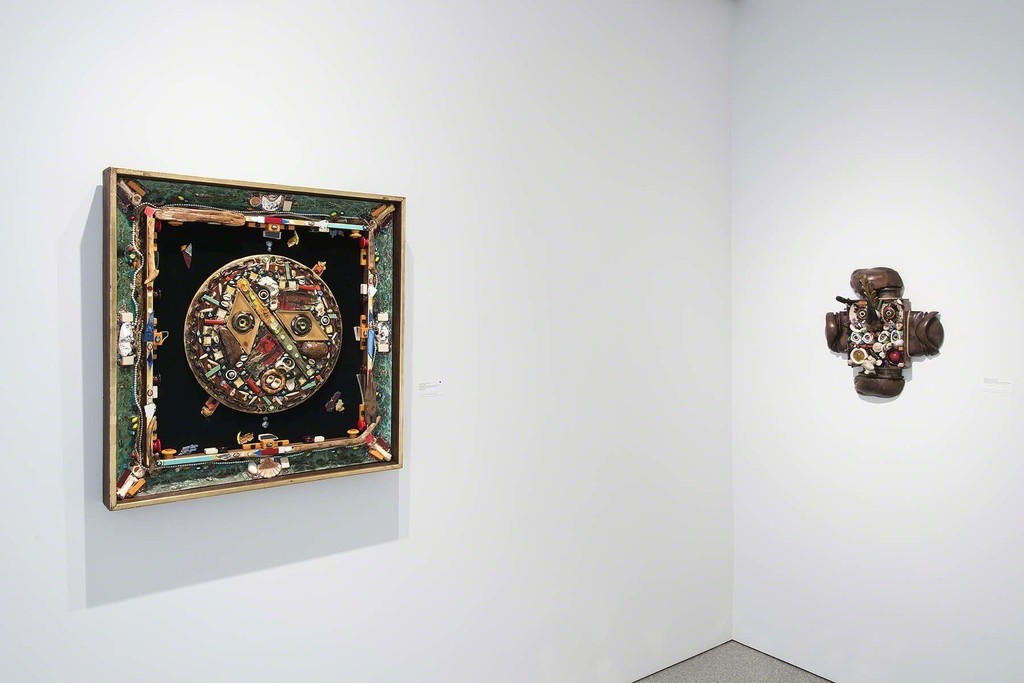 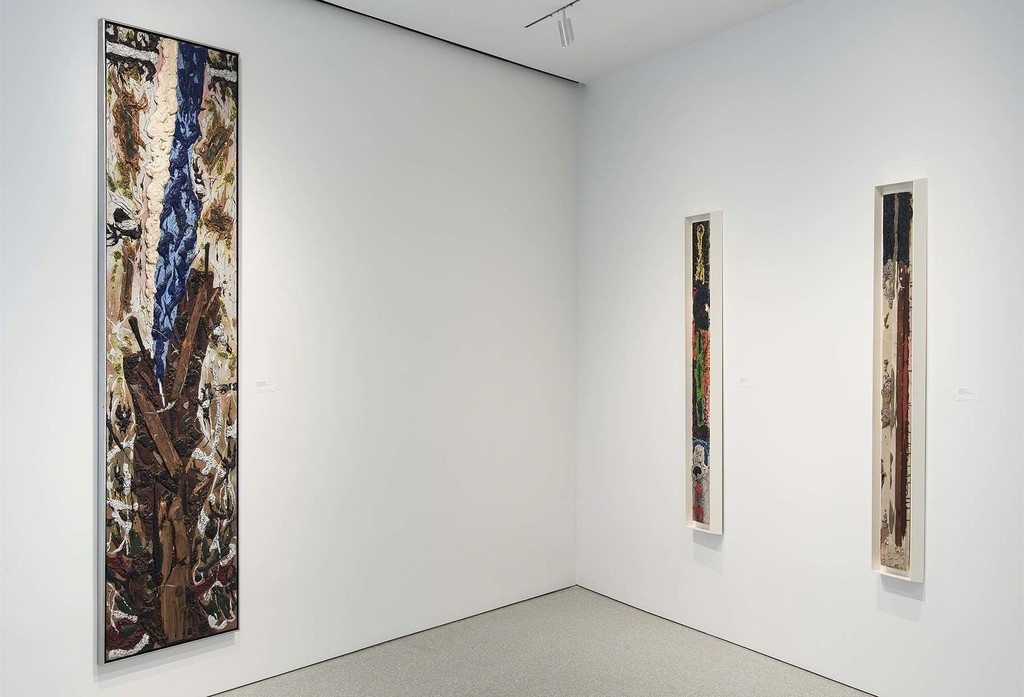 Celebrating Alfonso Ossorio’s 100th birthday (b. August 2, 1916), Michael Rosenfeld Gallery will present its twelfth solo exhibition featuring the work of Alfonso Ossorio; the exhibition will focus on a decade in which the artist abandoned abstract expressionist painting for the making of mixed media assemblages that he termed “congregations.”

In 1958, Alfonso Ossorio (1916-1990) began to experiment, incorporating found objects into his oil paintings. He initially introduced these items discreetly, but by 1959, buttons, shards, mirrors, fake gems, ropes and other miscellaneous objects often covered his surfaces. Oil had been replaced by plastic as the primary matrix, and soon after, painting was rejected for gathering. While artists like friend Jean Dubuffet often refer to their low-relief composites as assemblages, Ossorio coined the term “congregation,” a word with obvious ecclesiastical associations and that resonated with the artist’s lifelong engagement with Catholicism. While “assemblage” emphasizes the cohesiveness of a group of elements, “congregation” conveys the multiplicity of unique entities within the work as a whole. Such a shift in focus complements Ossorio’s own understanding of religion: “Religion must aim to inspire awe, to awe man with the splendor of his existence. By a set of unexpected juxtapositions, it must put you in a state of realization of how splendid things can be, even if they are horrible.” In his congregations, Ossorio created the unexpected by synthesizing forms of beauty with those of decay, by contrasting refinement with crudeness. For Ossorio, all objects had life, and bringing together disparate, ordinary elements, he also found a way to fuse art and spirituality. Ossorio continued to create daring congregations until his death in 1990.

This exhibition will be accompanied by a fully illustrated color catalogue with a re-print of 1968 oral history interview with the artist and Mr. Forrest Selvig for the Archives of American Art. This important transcript reveals the artist first recorded usage of the word “congregation” to describe his now signature mixed media assemblages.