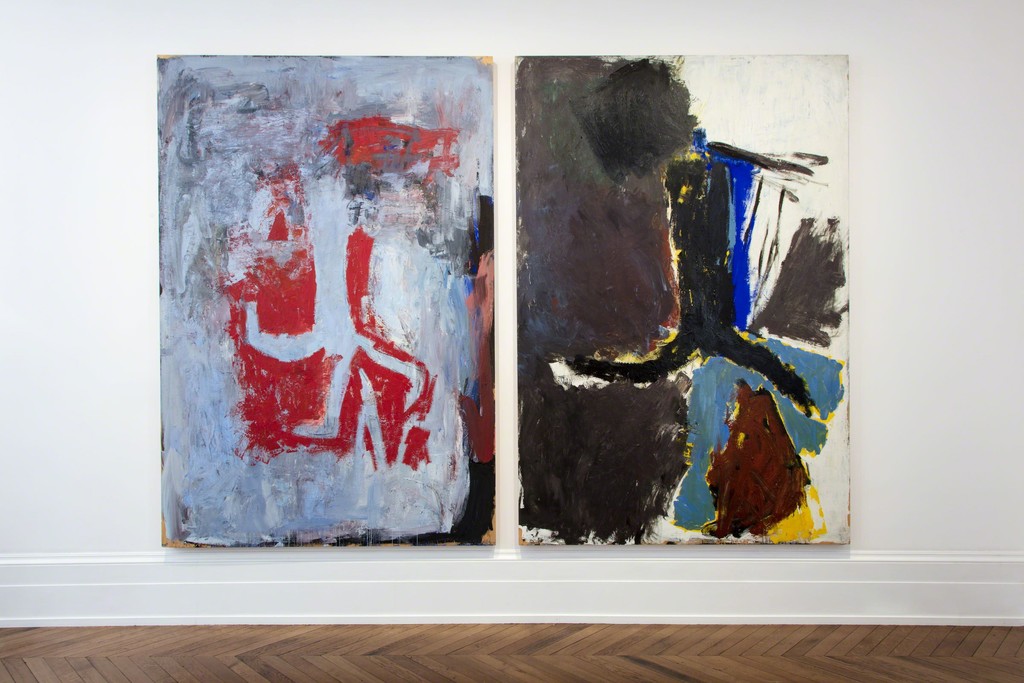 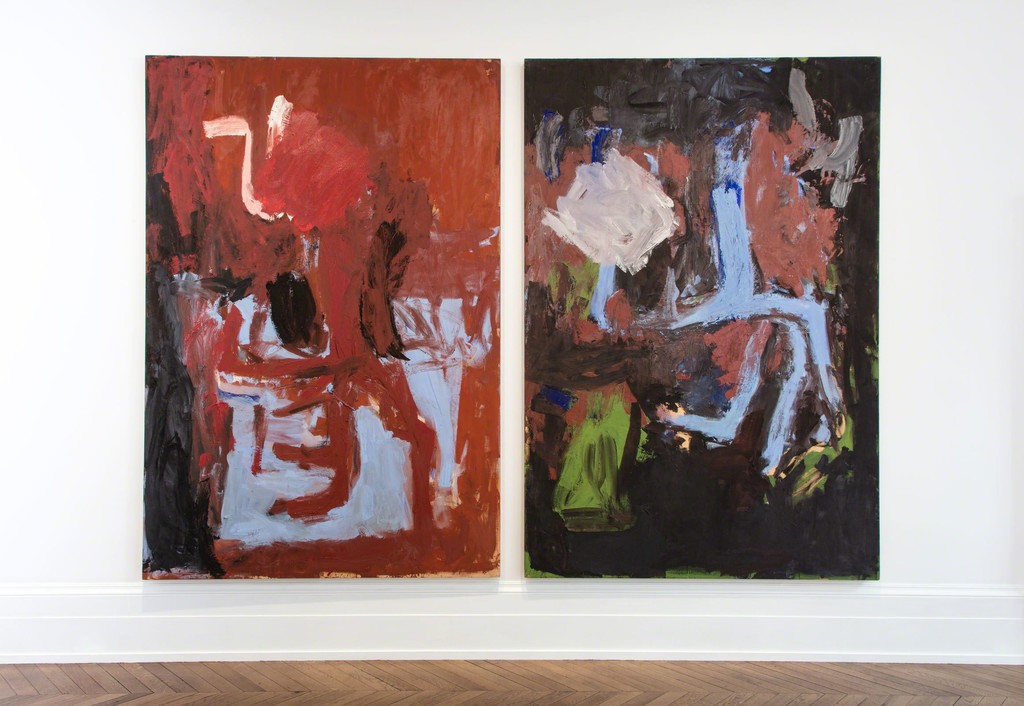 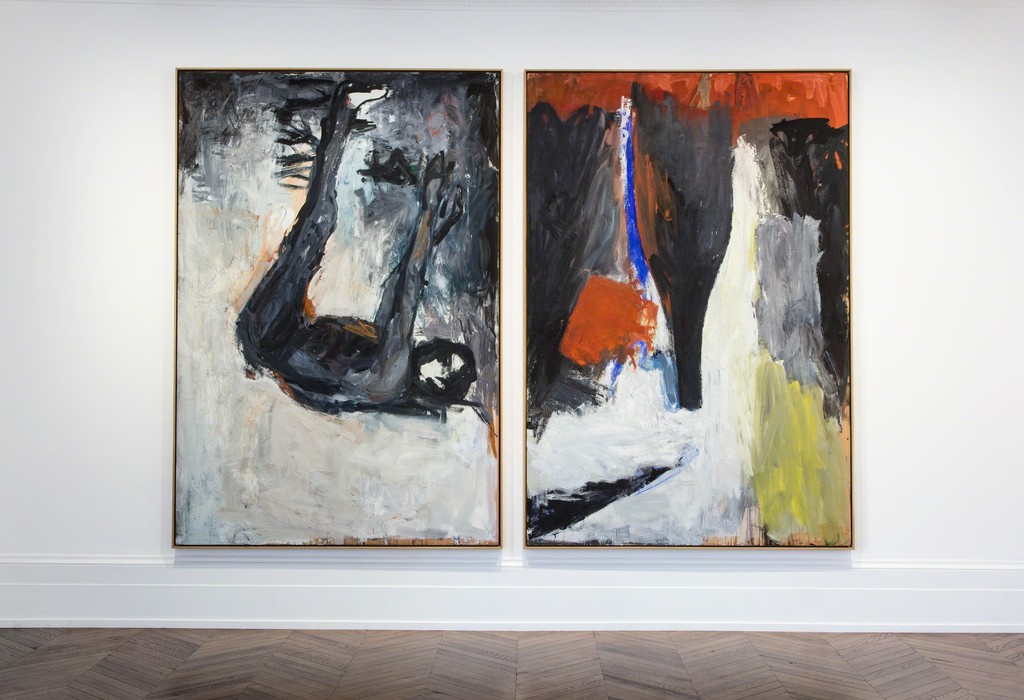 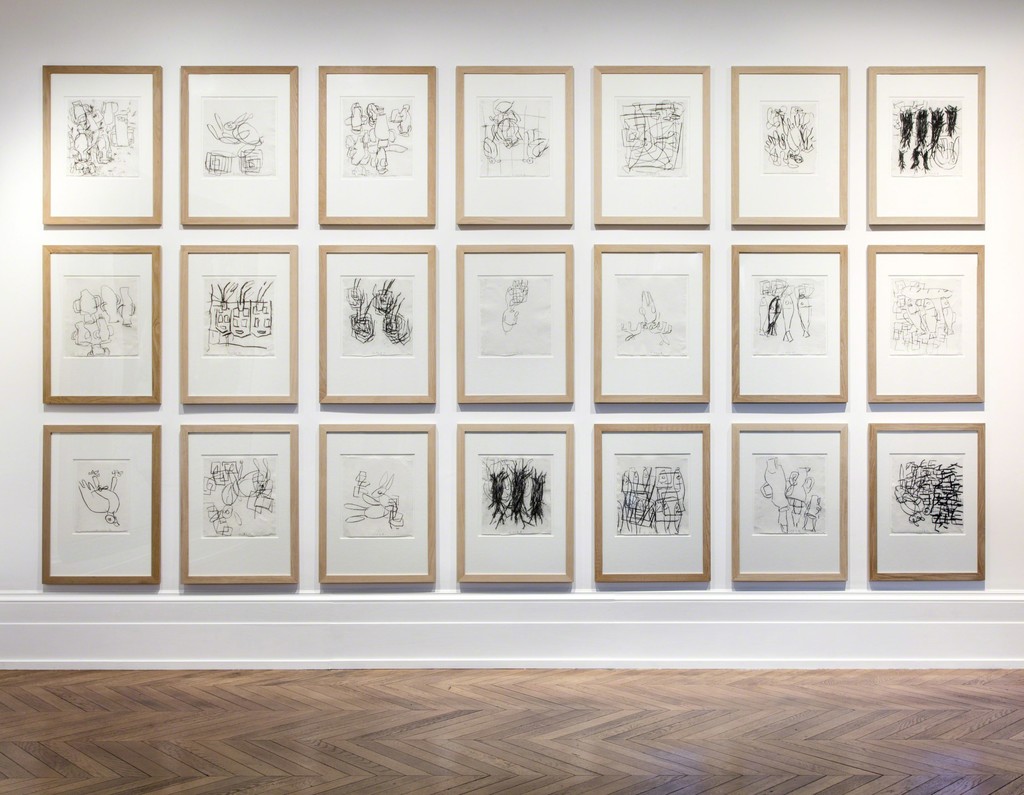 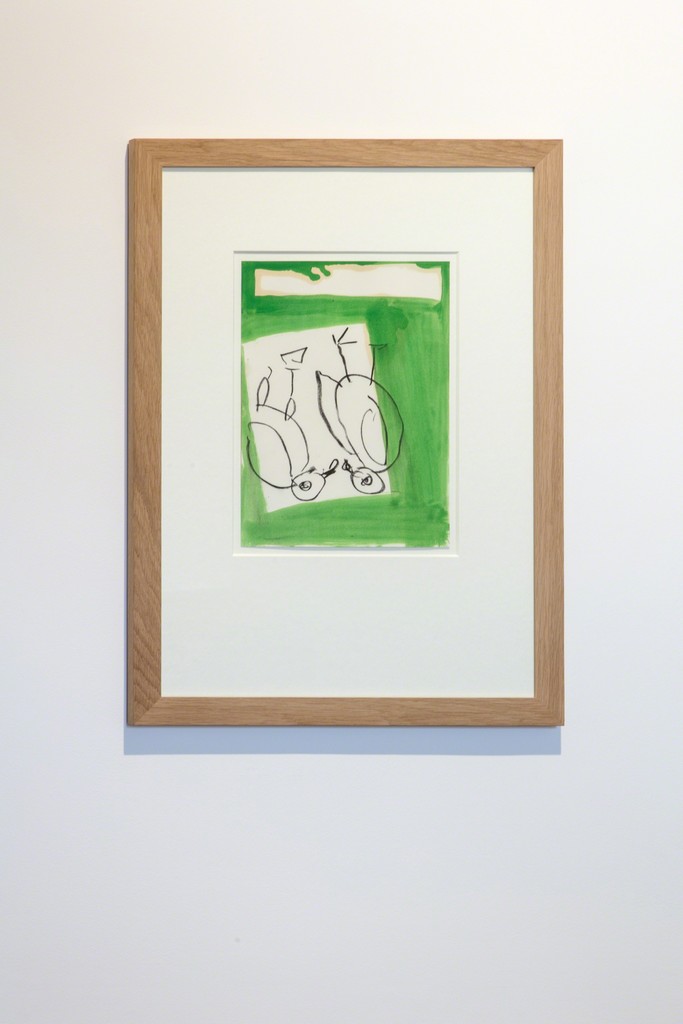 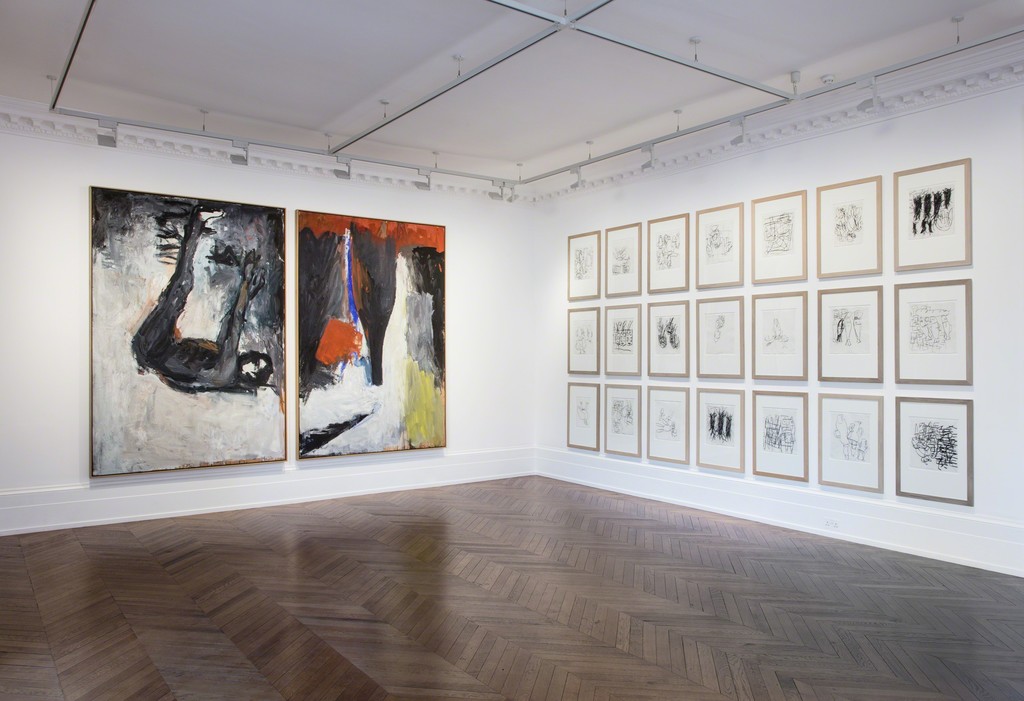 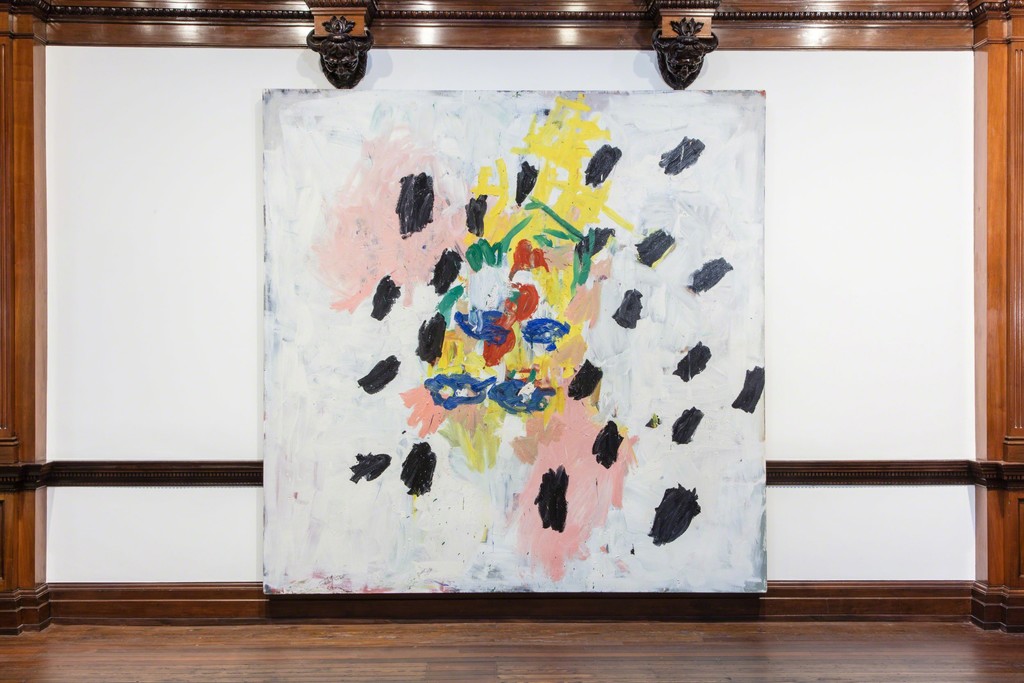 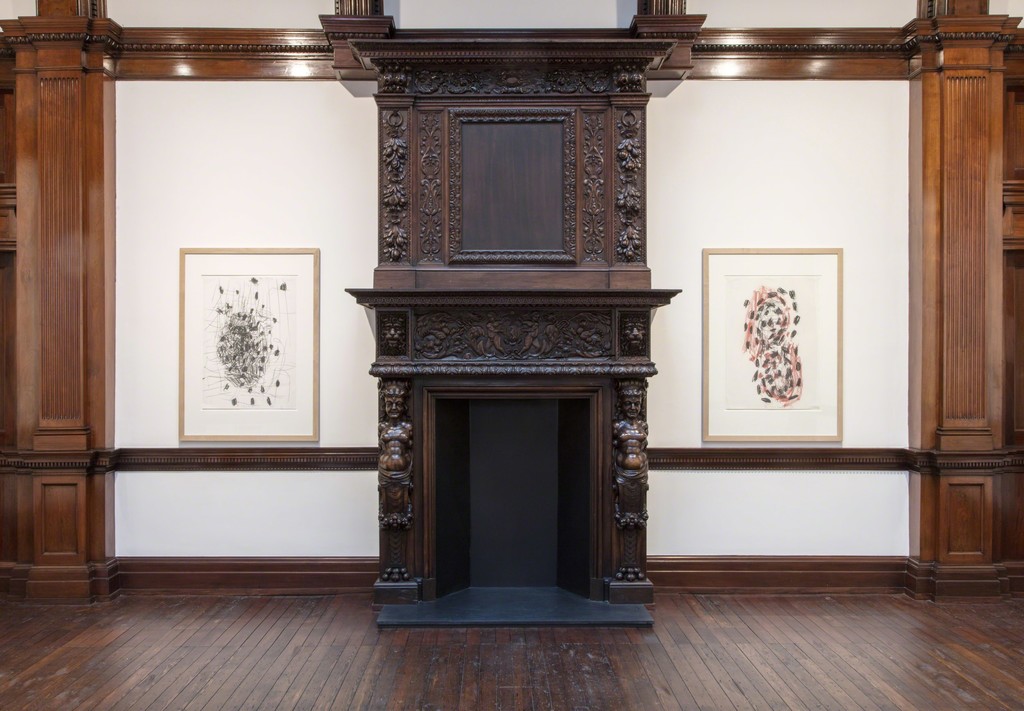 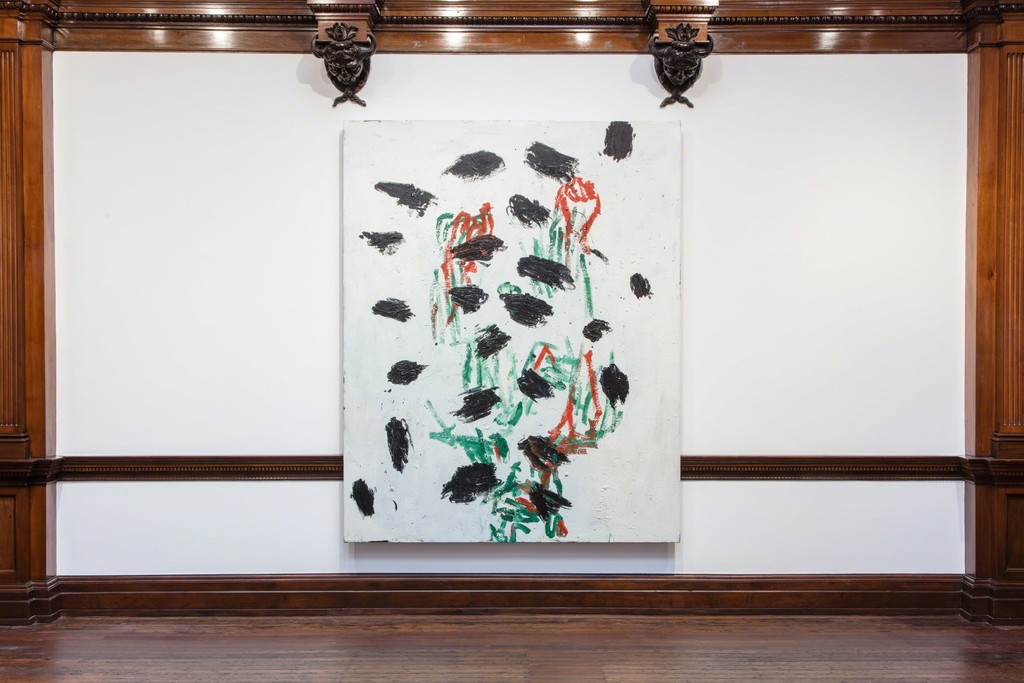 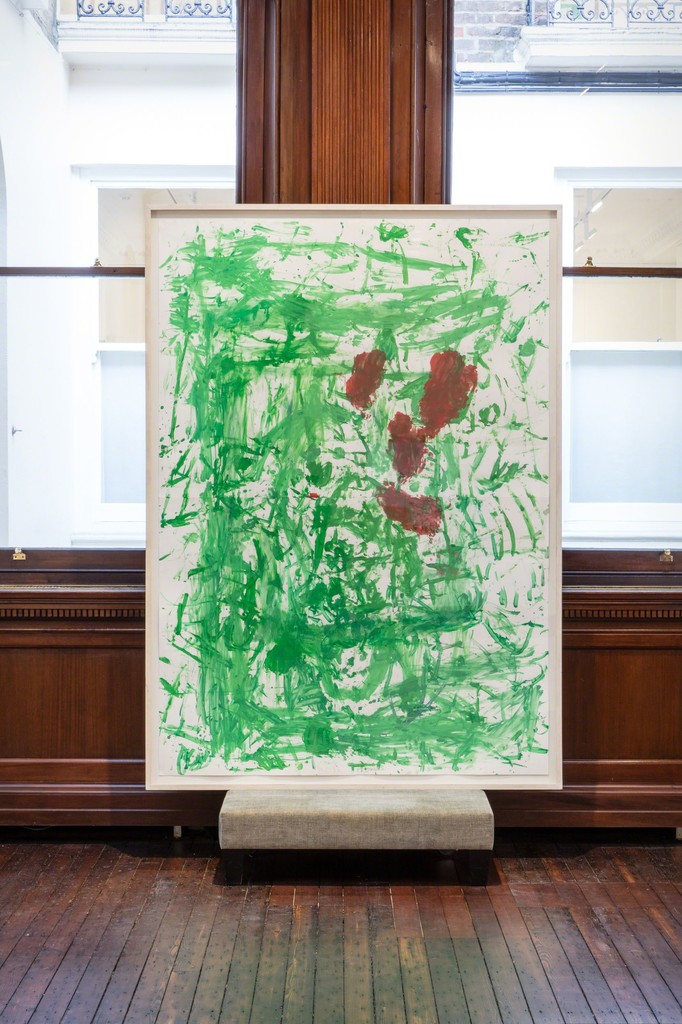 Michael Werner Gallery, London, is pleased to present Georg Baselitz: 1977–1992, an exhibition of major paintings and works on paper by one of the most important German artists of the post-war period.

Widely known for his inverted portraits, landscapes and still-lifes, Baselitz has long cultivated a subversive approach to figurative imagery. The artist’s debut exhibition in 1963 at Galerie Michael Werner in Berlin caused a scandal with its raw painterly style and disturbing content. In the following years Baselitz created the renowned Hero and Fracture paintings, and a radical change in the artist’s work occurred in 1969 with his first inverted pictures. Seeking to, in his own words, “liberate representation from content”, landscape, nude and still-life motifs were rendered upside-down, focusing the viewer’s attention foremost on the painterly and optical elements of the picture.

The works on view in Georg Baselitz: 1977–1992 demonstrate the artist’s insistence on the motif as a catalyst for painterly invention. Engaging a limited formal vocabulary based on figure and landscape, Baselitz explores the broad expressive potential of representational imagery in Akt und Flasche (Nude and Bottle), one of the major diptychs from the late 70s, and the grand four-part work Birnbaum I (Pear Tree I) of 1978. A series of intimately scaled charcoal studies depicts birds, houses and trees as serial motifs, collapsing and reforming into grids and other structural forms. A rhythmic, primordial energy resonates in several large pastels and in two important canvases, Serge and Nest, both painted in 1990. Though ostensibly portraits, these paintings test the limits of representational legibility and create a dizzying spatial dynamic.

Hans Georg Kern was born in 1938 in the Saxon village of Deutschbaselitz. In 1961 he adopted the name Georg Baselitz in homage to his birthplace. Since his first exhibition in 1963, Baselitz has been a controversial and polarising artist with a provocative style that is unique in contemporary painting. Baselitz has exhibited his work internationally for over 40 years. His first exhibition in London was presented at the Whitechapel in 1980 and the following year his work was a major presence in the infamous exhibition A New Spirit in Painting at the Royal Academy. In addition to multiple presentations at documenta and the Venice Biennale, important museum exhibitions have included solo showings at the Royal Academy, London; Solomon R. Guggenheim Museum, New York; Museum of Modern Art, New York; Scottish National Gallery of Art, Edinburgh; Kunstmuseum Basel; Louisiana Museum, Humlebaek; Museo Rufino Tamayo, Mexico City; Stedelijk Museum, Amsterdam; and IVAM Centre Julio Gonzalez, Valencia, among many others.