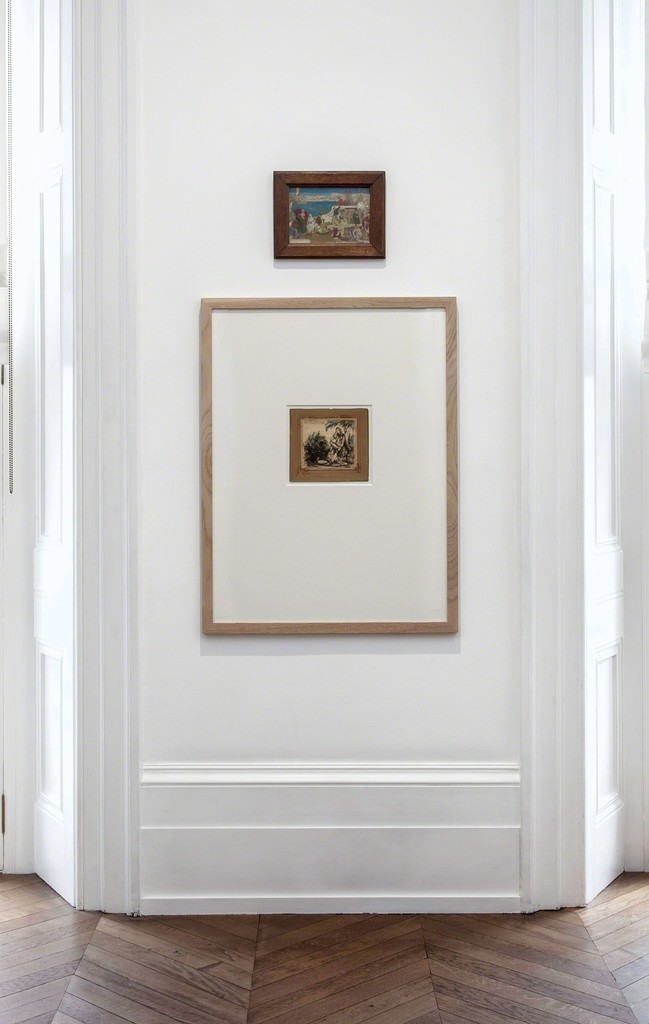 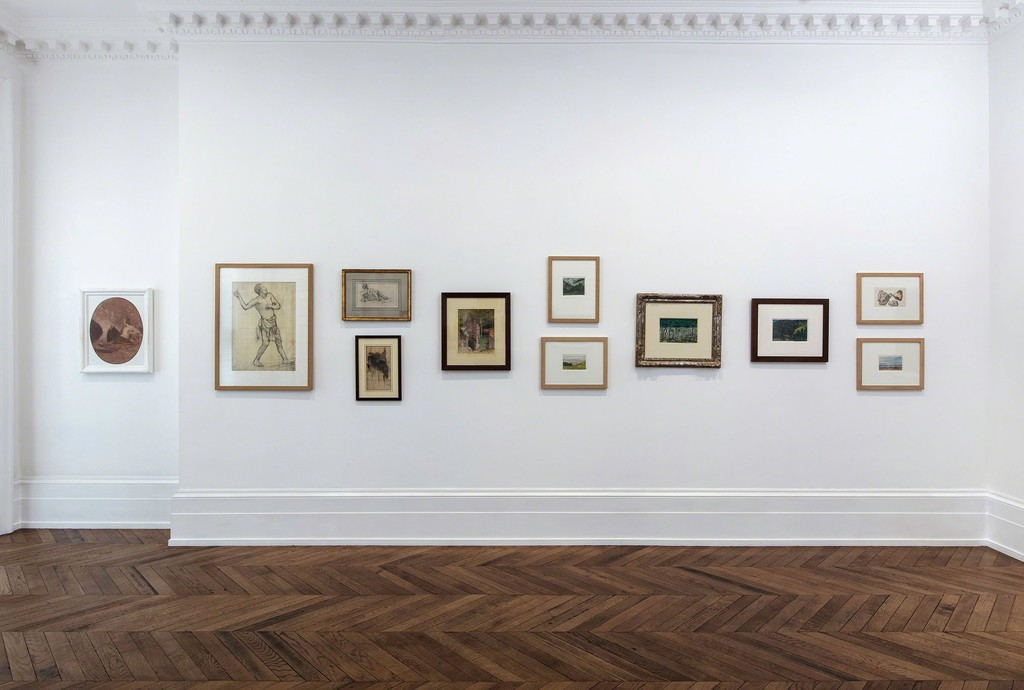 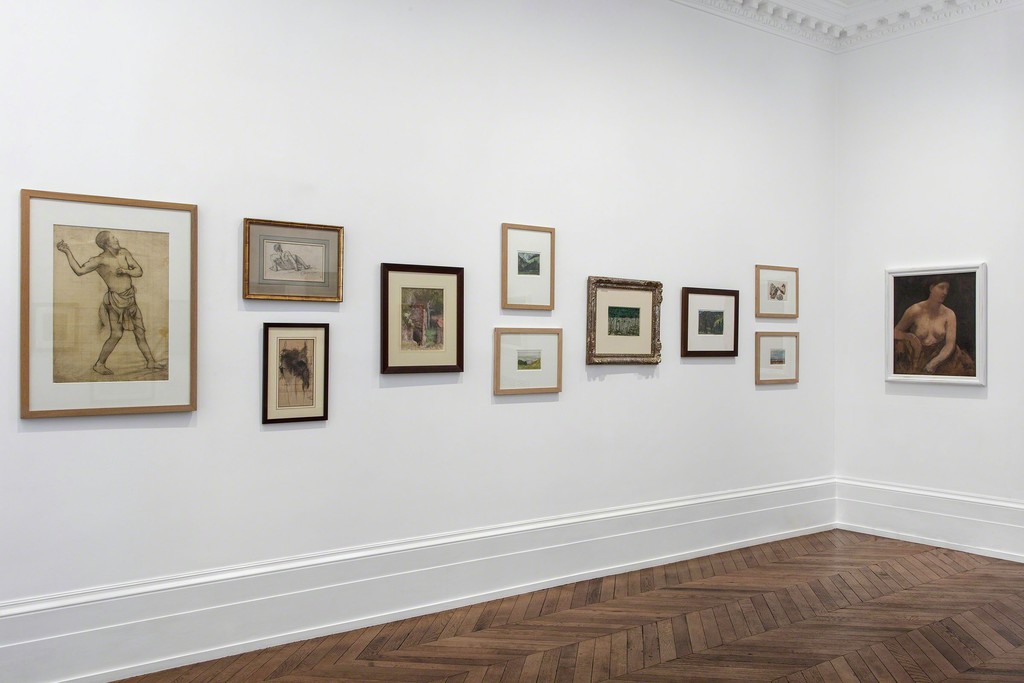 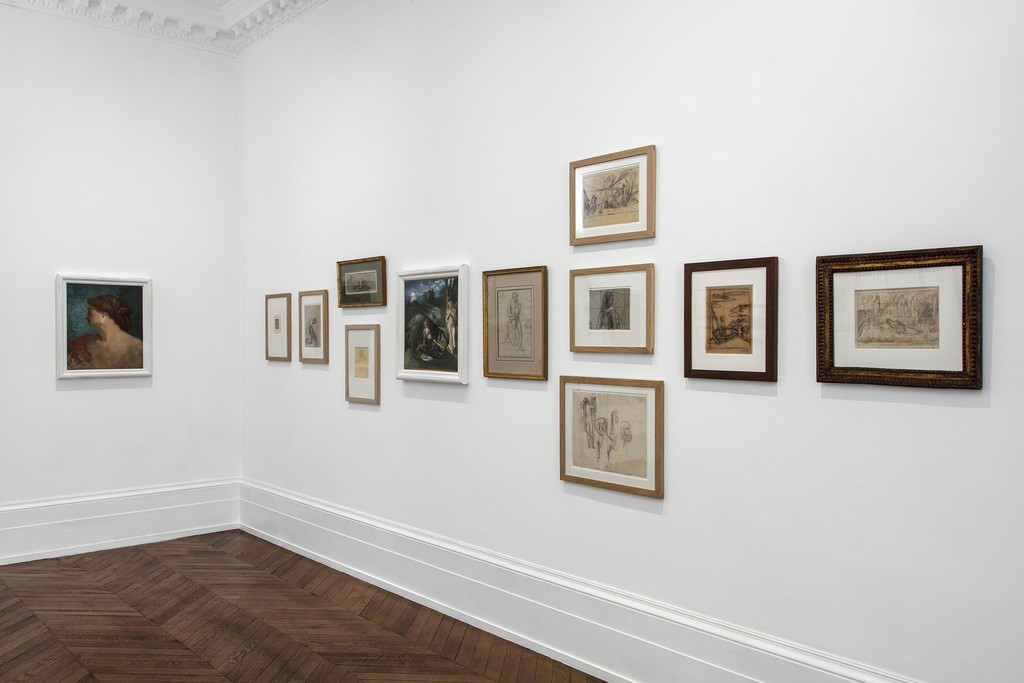 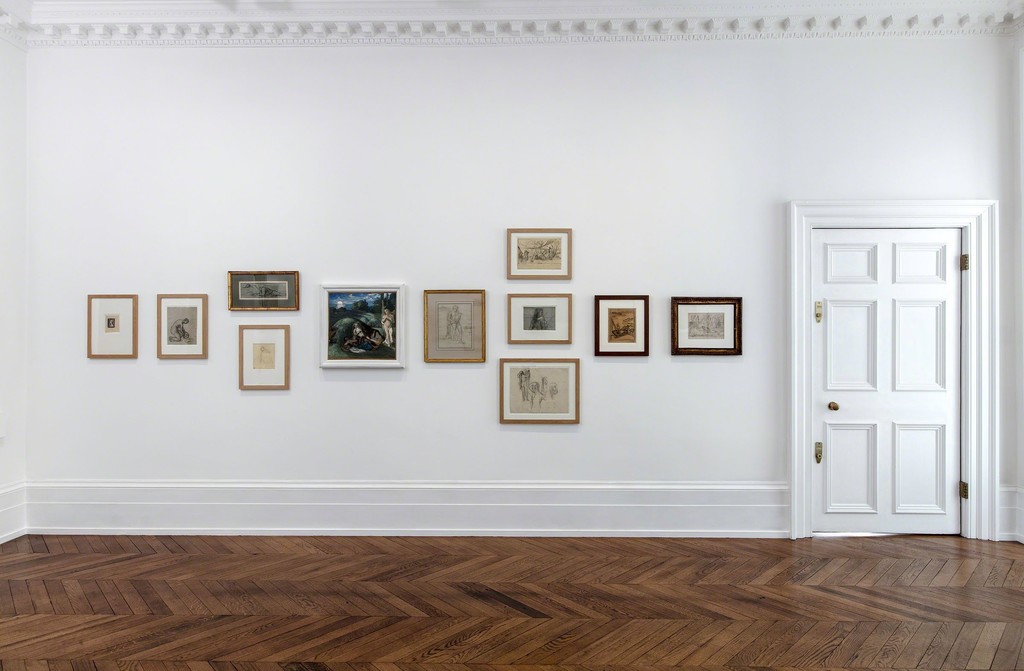 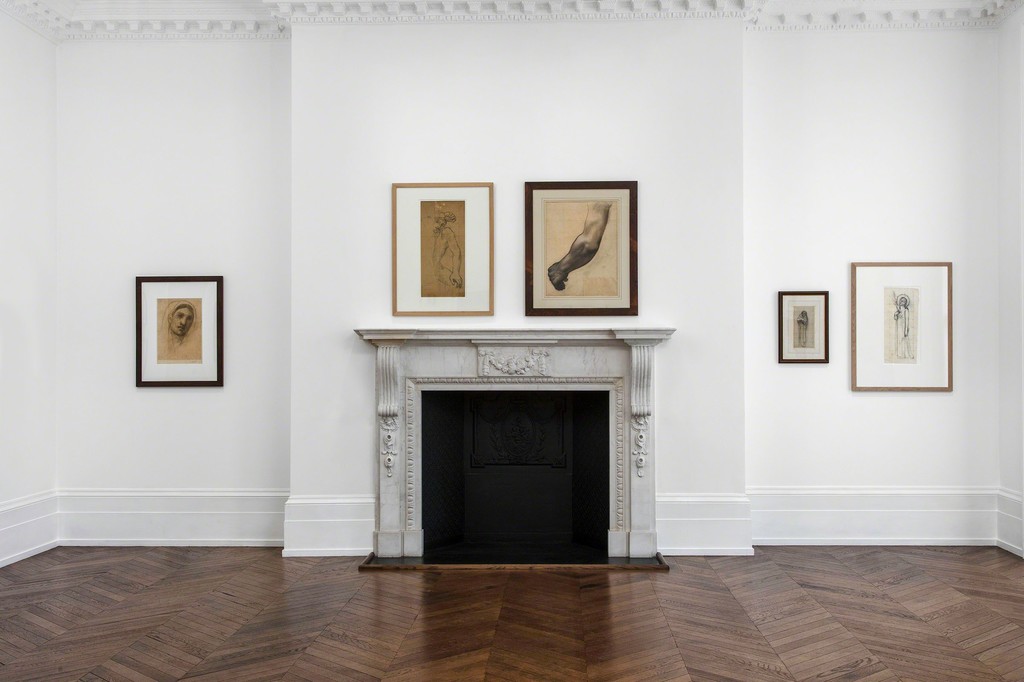 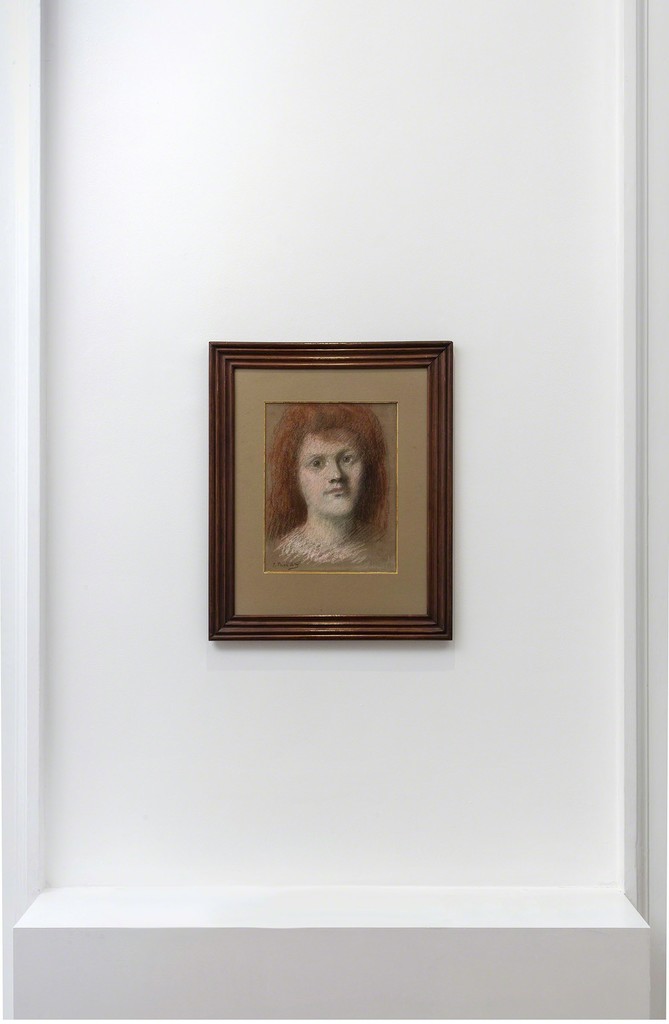 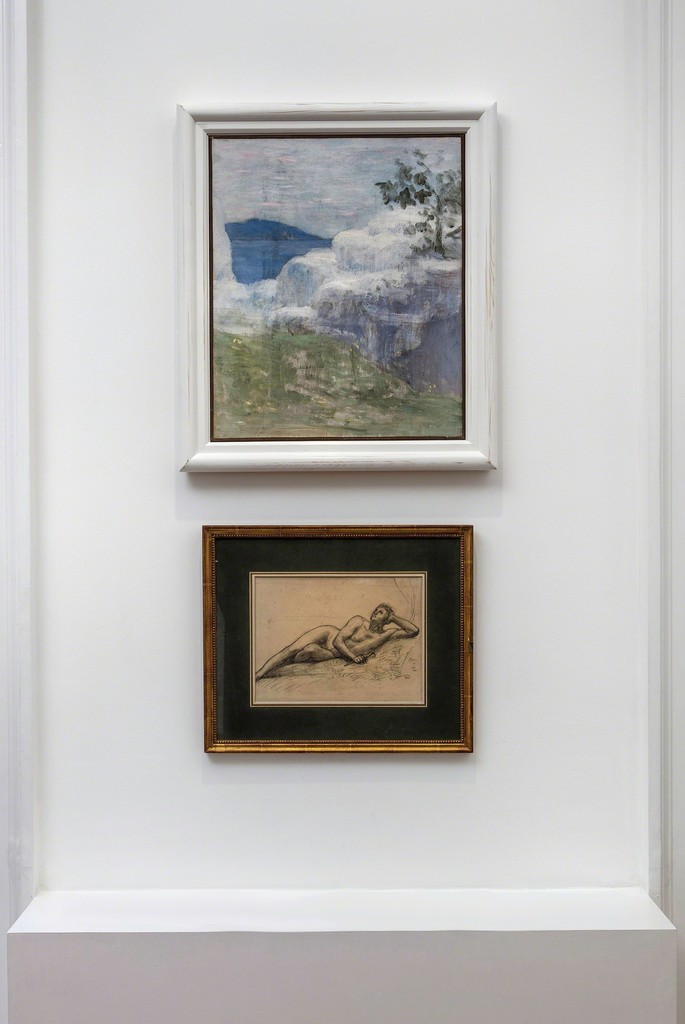 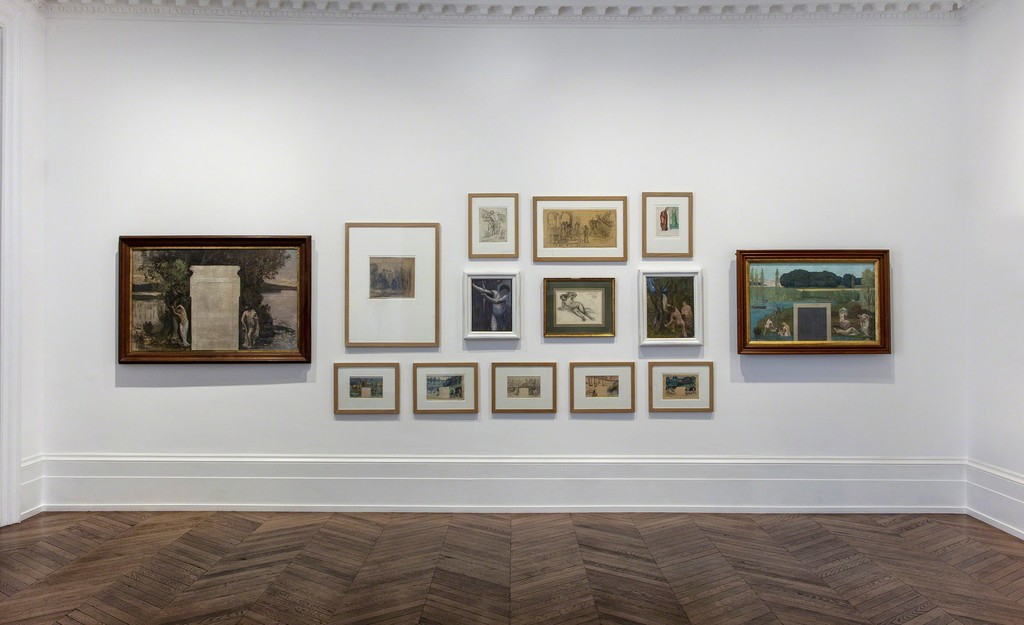 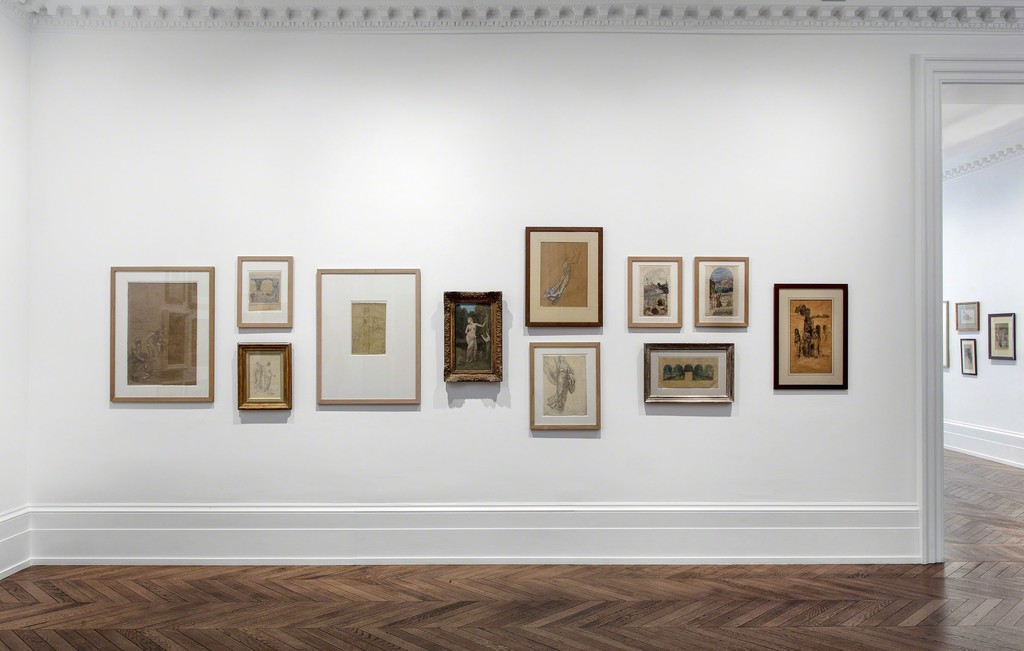 Michael Werner Gallery, London is pleased to present an exhibition of works by French painter Pierre Puvis de Chavannes (1824-1898), opening 21 September. Comprising loans from private and public collections, this exhibition presents a selection of paintings and works on paper by a seminal artist of the late nineteenth century. The exhibition is curated by art historian and former National Gallery of Ottawa curator Louise d’Argencourt and Bertrand Puvis de Chavannes.
Pierre Puvis de Chavannes was born near Lyon, France in 1824, the youngest of four children in a family descended from Burgundy’s old nobility. Puvis anticipated a career in engineering, following his father, until his studies were interrupted by the death of his mother, an illness and lengthy convalescence, and an eventual sojourn in Italy meant to help him regain his health. This latter experience, in particular his exposure to Giotto and Piero della Francesca, made a deep impression on Puvis, who determined to pursue a life in art upon his return to Paris in 1846. Puvis soon worked in the studios of Henri Scheffer, Eugène Delacroix and Thomas Couture and largely avoided conventional artistic training, instead preferring anatomical studies at the École des Beaux-Arts, making copies in the Louvre and painting alone in his studio. His interest in grand heroic themes and classical imagery led Puvis to undertake mural painting, at that time considered the supreme ambition for all serious Realist painters.
Throughout his ensuing five-decade career Puvis consistently endeavored to refine a classicized and highly decorative aesthetic appropriate to fine mural painting. Puvis developed his own curiously nuanced palette of matte, whitened tones, painted with restrained chiaroscuro to emphasize and imbue his figures with solidity and flatness. His mastery of finely calibrated compositions and interlocking forms further enhanced his pictures’ oddly ethereal realism and lent his figures an essential solitude. His decorative formalism and radical simplification, developed in pursuit of a muralist ideal, had not previously been employed in conventional painting as it was understood at the time. Existing outside accepted movements and categories, the paintings of Puvis proffered a high degree of creative freedom which his immediate successors recognized and eventually used to their own ends.
By the time of his death at the age of 73, Puvis de Chavannes was already a liberating influence for artists as diverse as Cézanne, Gauguin, Van Gogh, Seurat and Matisse, among many others, all of whom openly expressed their deep admiration for Puvis’ advanced genius. Puvis was important also for Picasso, whose Blue Period figures owe much to Puvis, as well as the Surrealists, who in their own ways embellished upon the artist’s melancholy airlessness.
Works of Puvis de Chavannes hang in major museums around the world, including the Louvre, the Musée d’Orsay, the Petit Palais, Musée Picasso, the Rijksmuseum, the Art Institute of Chicago, the Metropolitan, the Smithsonian and the Carnegie, to name only a few. Important British public collections include the Ashmolean Museum in Oxford, London’s National Gallery and the Victoria and Albert Museum.
The exhibition at Michael Werner Gallery is the first one-person exhibition devoted to Puvis since the 2002 presentation of his works at London’s National Gallery, and only the third such exhibition ever to be presented in the United Kingdom. This exhibition will be on view in London from 21 September to 10 November and travels to Michael Werner in New York from 29 November to 16 February 2019. A fully illustrated catalogue with texts by the curators will be published by the gallery.