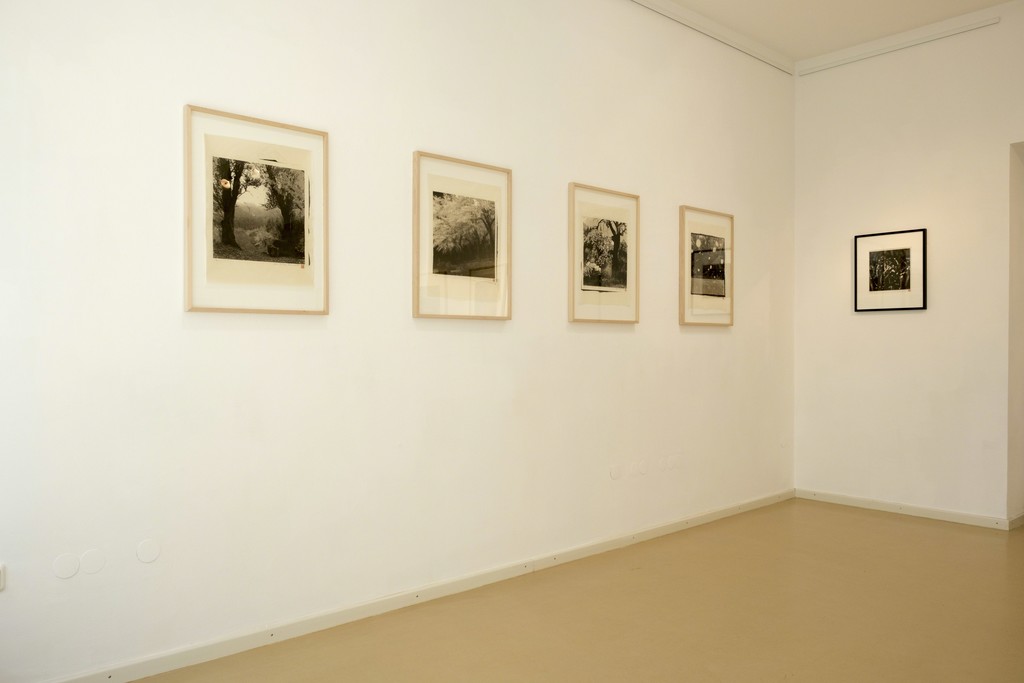 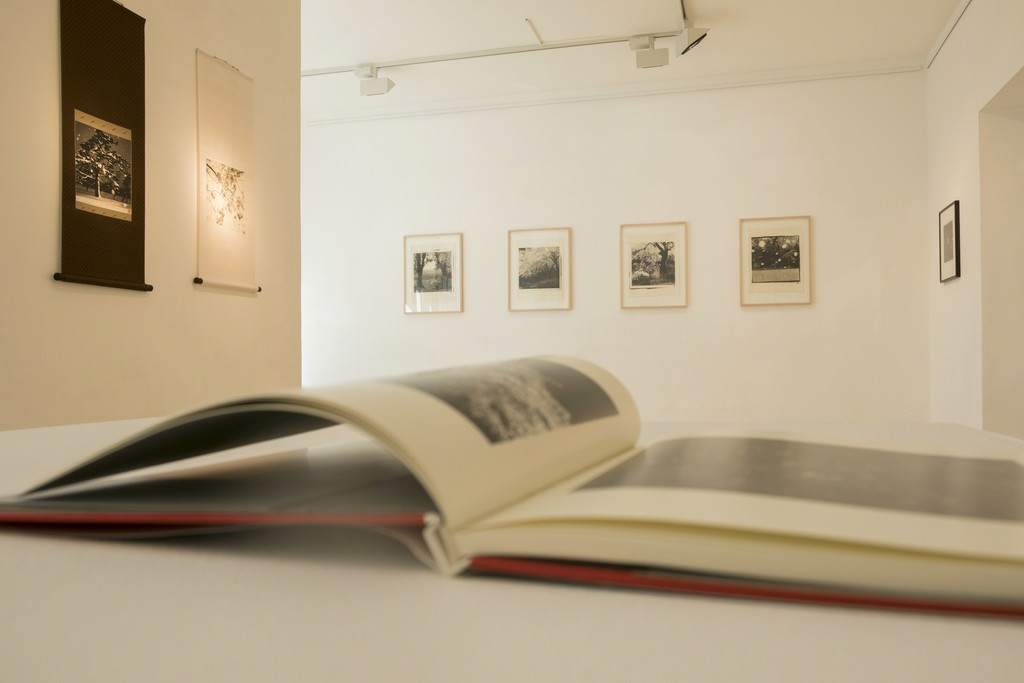 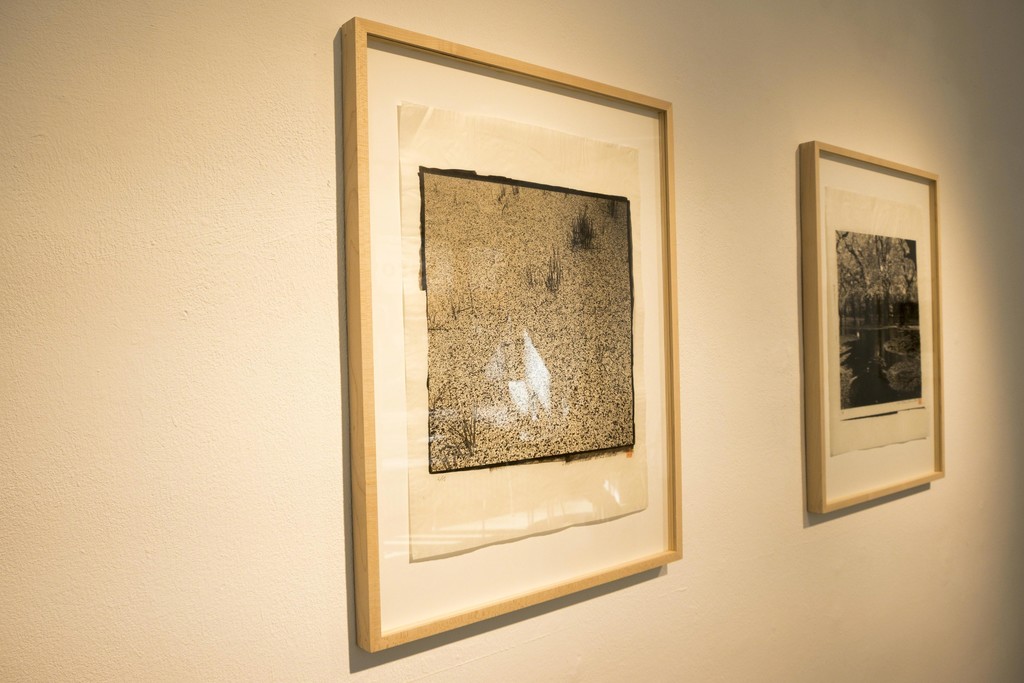 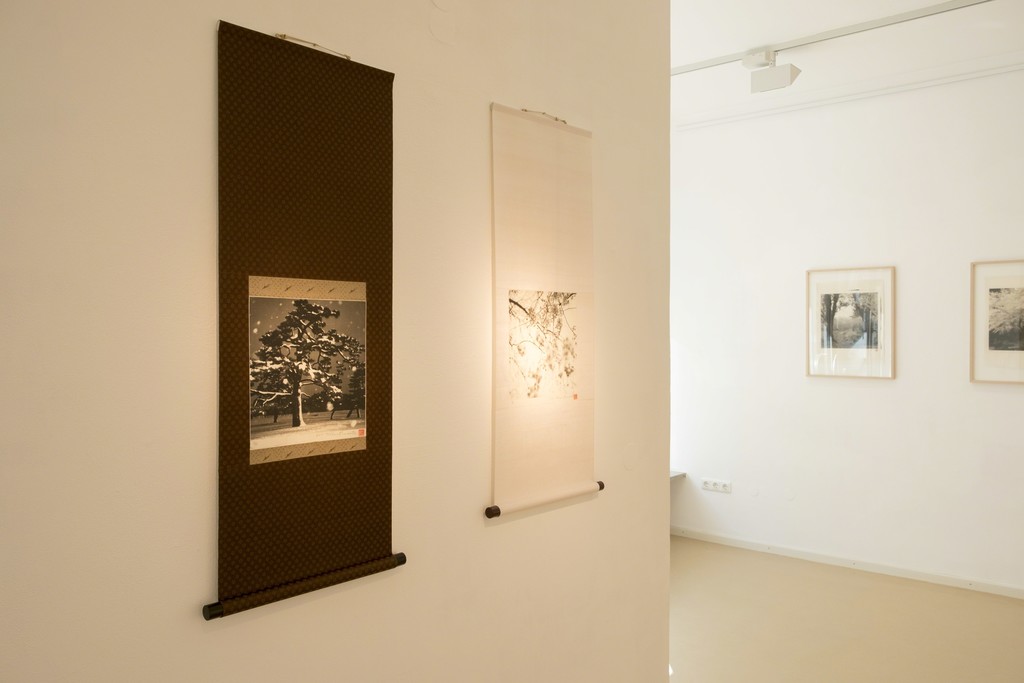 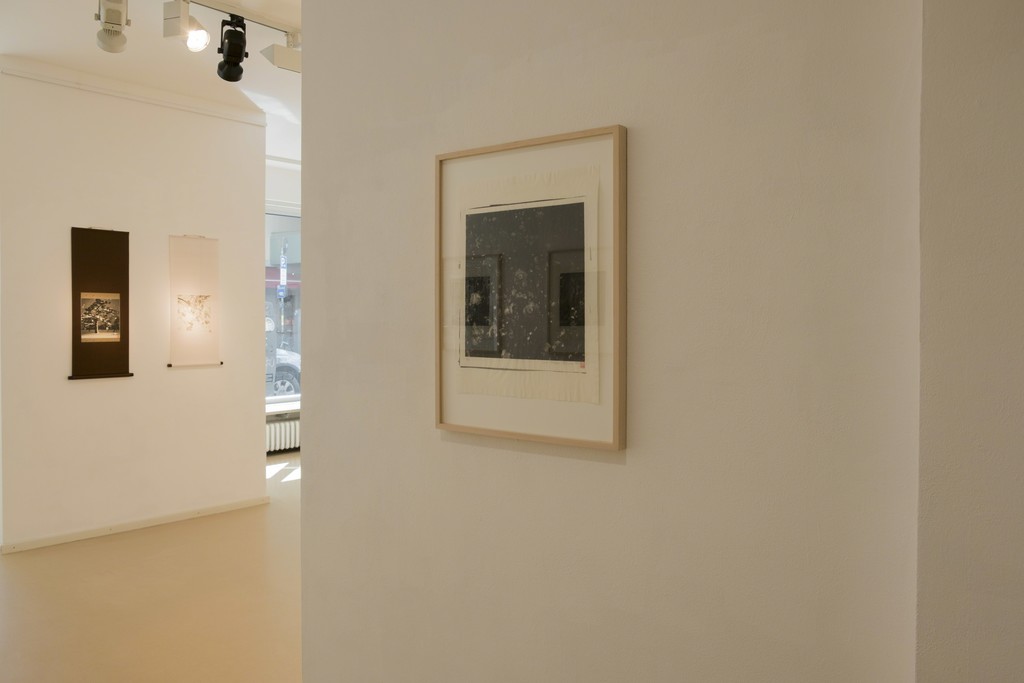 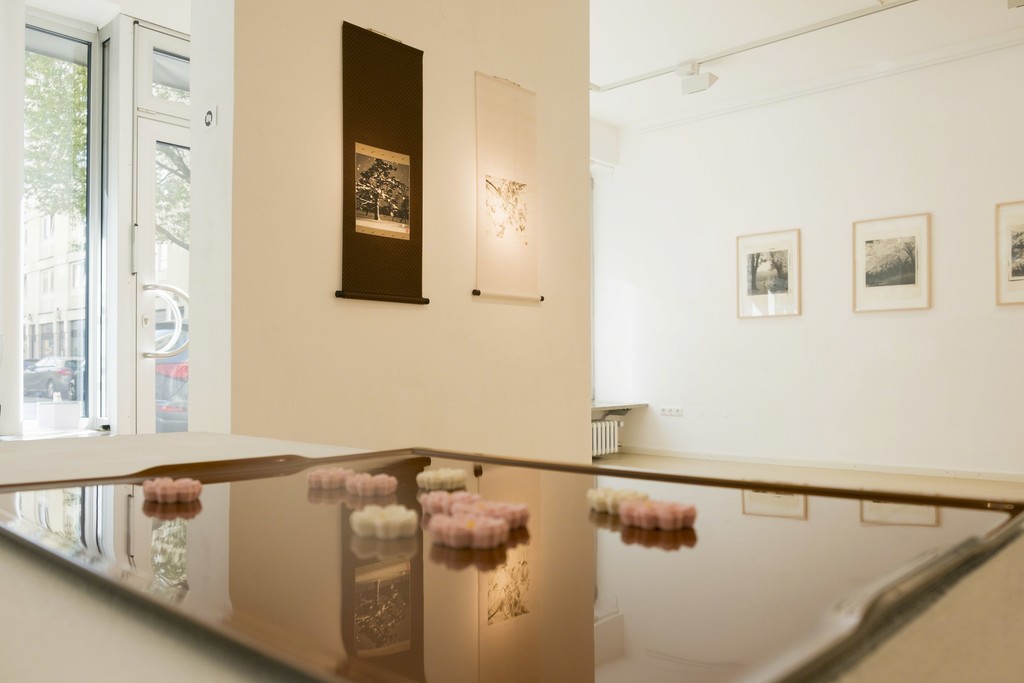 Toshio Enomoto is no stranger to the collectors and visitors of Micheko gallery. His solo exhibition „Kagirohi” in April 2012 attracted a record number of visitors and gained the artist a new fan base in Germany and beyond.

Since then the artist has not been inactive. Enomoto continued to photograph his passion, the cherry blossom season of Japan in all its variety of colours and shapes, he brought a long term photo project to a successful end and last but not least he began a journey into the past of photography. He re-discovered the elaborate and time consuming process of creating handmade platinum prints for himself.

Platinum prints differ from other black-and-white printing methods due to their age stability, which is estimated that it would last for several hundred years. The Platinum prints do not lose their intensity and will not be damaged by light. Each Platinum print is unique, even if several hand prints are made from the same negative. Each print has its own individual subtleties. The tonality of grey gradations is much richer in details than in a conventional gelatine silver print. The process was developed in the 19th century and was for a long time the favourite development process of the photographers of the time. Since platinum was very expensive and not easy to procure, as well as the process itself was time-consuming, it was soon abandoned and photographers turned to other, cheaper and faster photo processing procedures. In the 1970s the process was rediscovered by famous photographers such as Horst P. Horst, Irving Penn, and later Herb Ritts.

The digitisation of photography over the past twenty years has made the appreciation of permanent, hand-made photo prints in museum quality, especially among younger artists, who are often self thought by studying old notes and text books on platinum printing.

Micheko has previously exhibited platinum prints by Japanese fine art photographers but we are especially proud of having the latest works by Toshio Enomoto, since we were directly involved in the selection of the images and had been in close contact with the artist over a period of two years to make this exhibition happen.

Our western trained eye interprets the cherry blossom as a sign of the new birth, the awakening of nature after a long winter. We are pleased with the blossoming of the cherry trees and other flora and we hope for a long, warm and sunny spring. The Japanese, however, celebrate the transience of life, the beauty of the white to delicate pink petals with “Hanami”, the act of watching cherry blossom petals fall. New beginning against transience, two visions of the same spectacle of nature.

Toshio Enomoto works on his Sakura series every year from the end of February till the end of May. He travels the Japanese main islands from Okinawa to high up in the north to Hokkaido. During the rest of the year, he researches the most important Sakura trees in the country, the most unusual sites and everything that is so special in a sakura tree that it is worth traveling far for the one, very special photograph. Enomoto speaks of an emotional state that decides whether a picture succeeds or not. It is not only the “decisive moment” that counts, but the emotions of the photographer when photographing a Sakura scenery. If she is too excited about the subject, the environment, or the prevailing light, the photograph will not succeed. There is only one pressing the shutter release of the medium format camera that Enomoto has been using now for many years. Only in the darkroom, back in his studio in Tokyo, does the artist learn whether he managed to keep his emotions under control in order to capture the scene in all its details and all its beauty. Otherwise, he will go back the following year to try his luck again. In the hope of being able to photograph the perfect sakura motif in the perfect state of emotions.