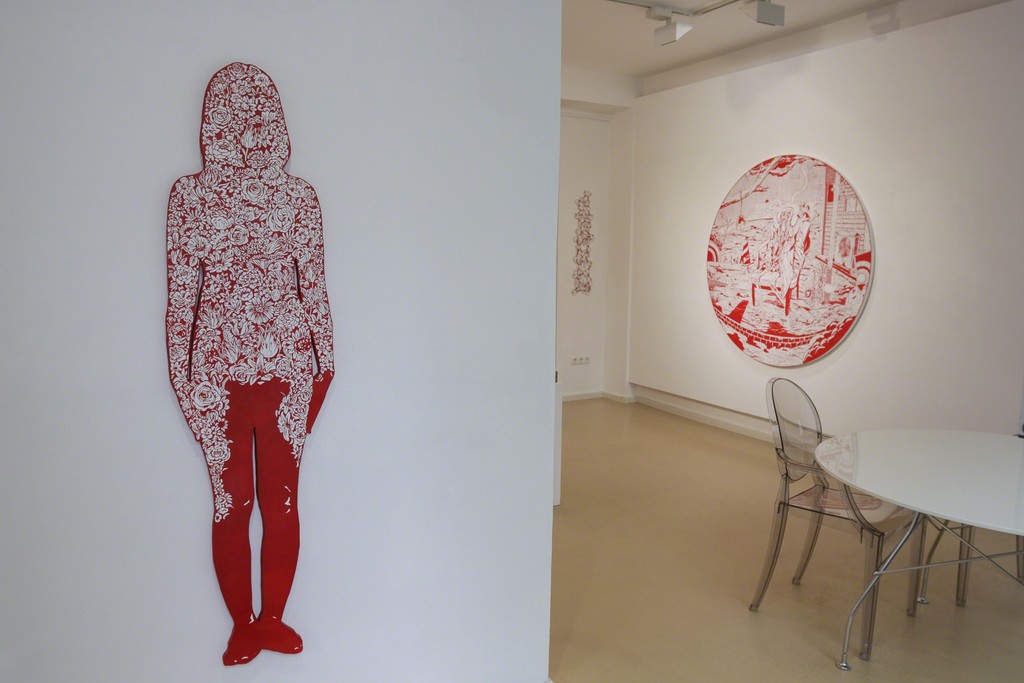 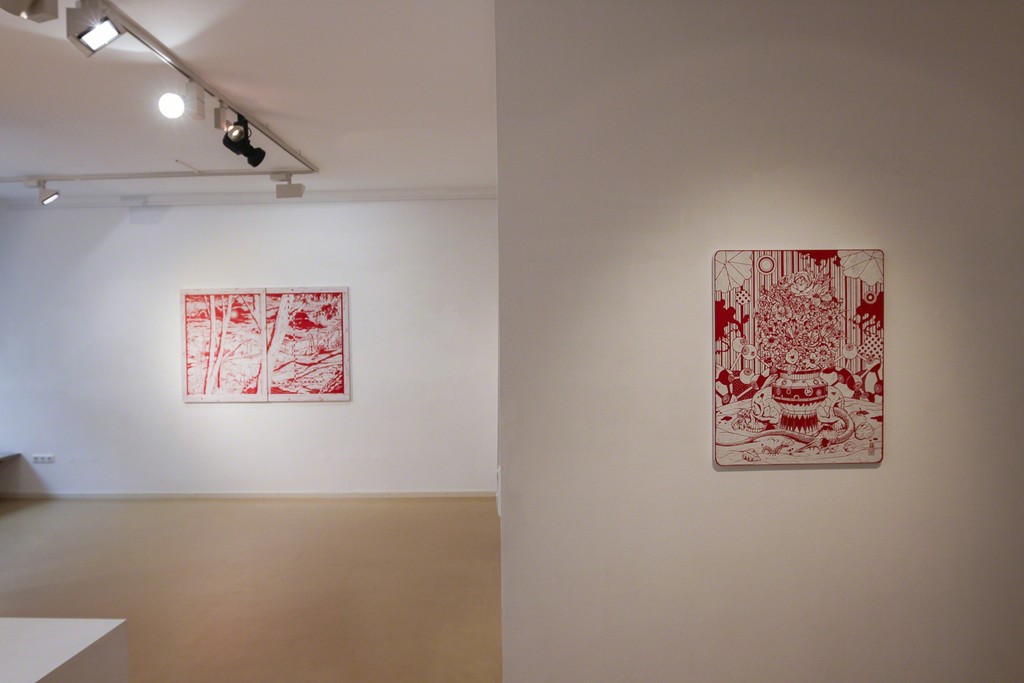 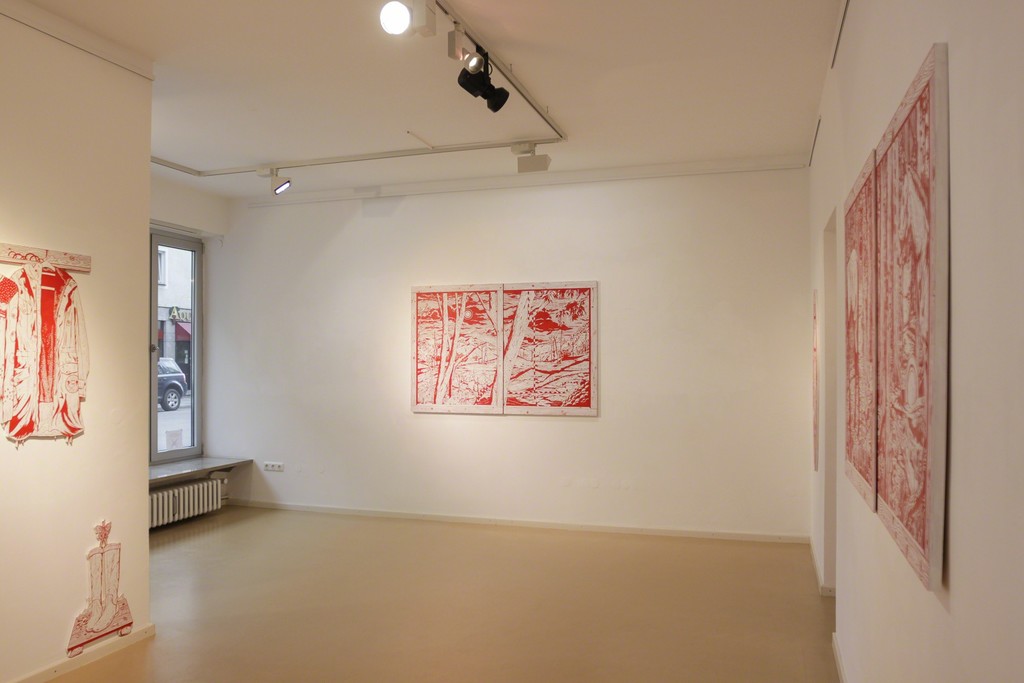 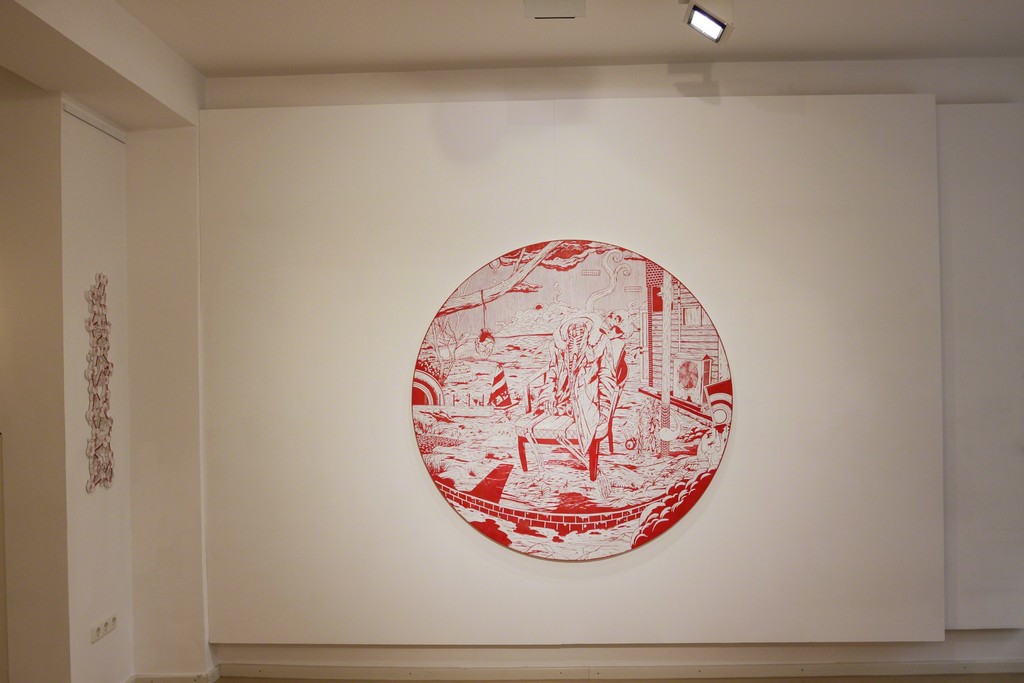 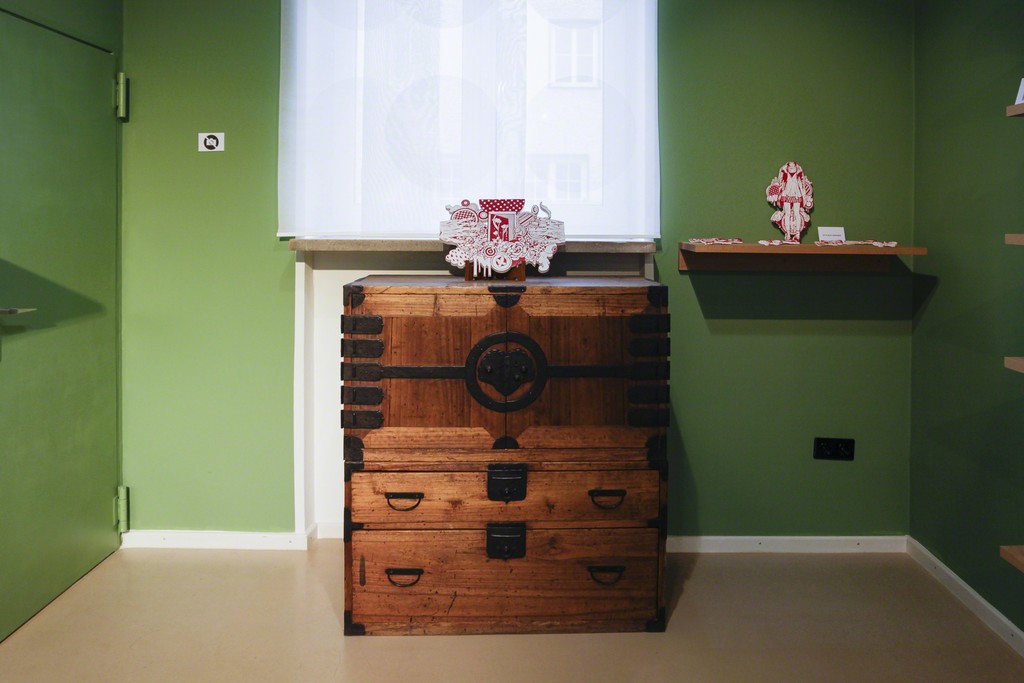 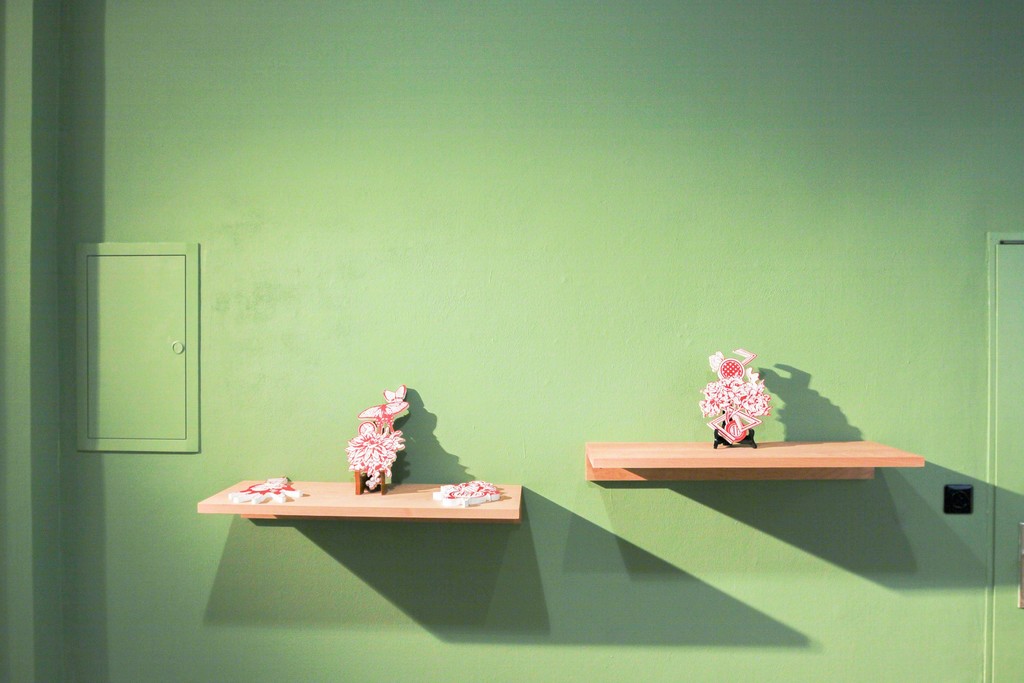 After his successful first solo exhibition at Micheko Gallery in February 2012, we are delighted to show a new set of artworks by Kenichi Yokono to his collectors in Germany and beyond. Yokono, born and residing in Kanazawa, Japan, uses traditional woodblock cutting techniques to question in his very own, eccentric manner the way of life of Japanese suburbia. As icons of more or less subtly expressed cruelties and menaces, his works represent an unsettling contrast to the sugary and doe-eyed characters of Japan’s ubiquitous manga and anime culture of the so called “Cool Japan”.

Although Yokono makes woodcuts that he could also use for prints, he applies white and red paint and presents his woodcuts as distinct, stand-alone artworks. This way his works keep their exclusivity as a handmade original that permeate a perceptible presence of the artist himself. Kenichi Yokono’s art becomes evidence for a quite direct social criticism, for Japanese standards, exposing a rapidly ageing society that cannot leave behind Helly Kitty and consorts

Born 1972 in Kanazawa, Japan, Kenichi Yokono graduated from the Kanazawa College of Art. He had solo exhibitions in Tokyo, Los Angeles, Vienna and Singapore, as well as numerous participations at group shows. In 2005 he was awarded the Asian Cultural Council Fellowship Award and the Tom Eccles Prize (New York). Yokono lives in Kanazawa, Japan. His works are in numerous private collections in the USA, Europe and Asia.

Images and a comprehensive CV will be sent to you on request.

Micheko Gallery was founded in 2010 by Keiko Tanaka and Michele Vitucci. The focus of the gallery lies on 21st century art figurative and applied art from Japan. More information at www.micheko.com.