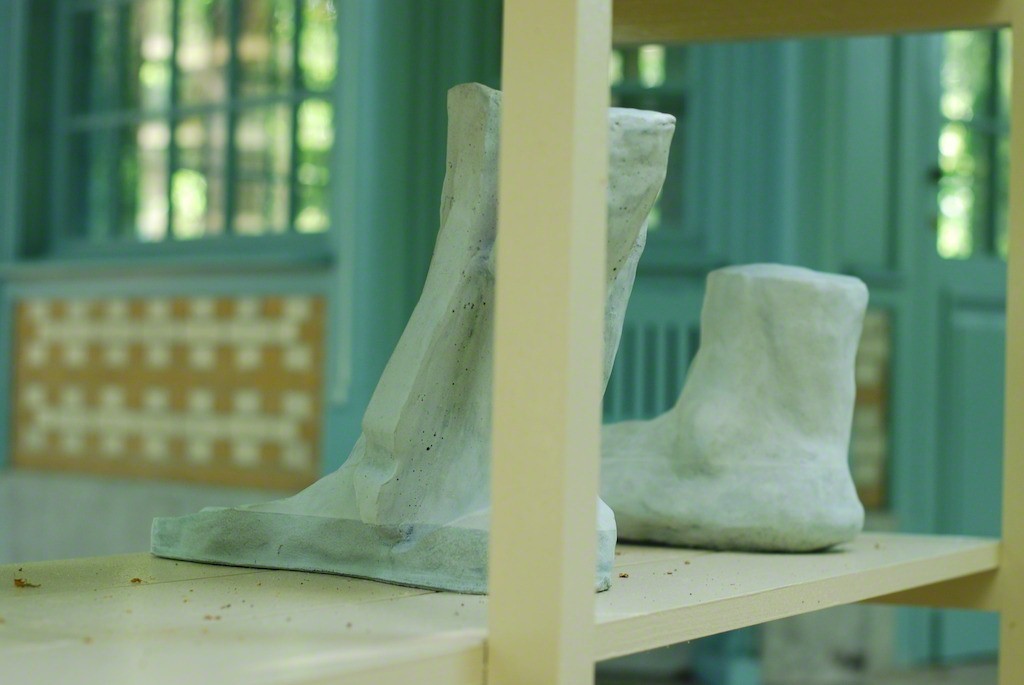 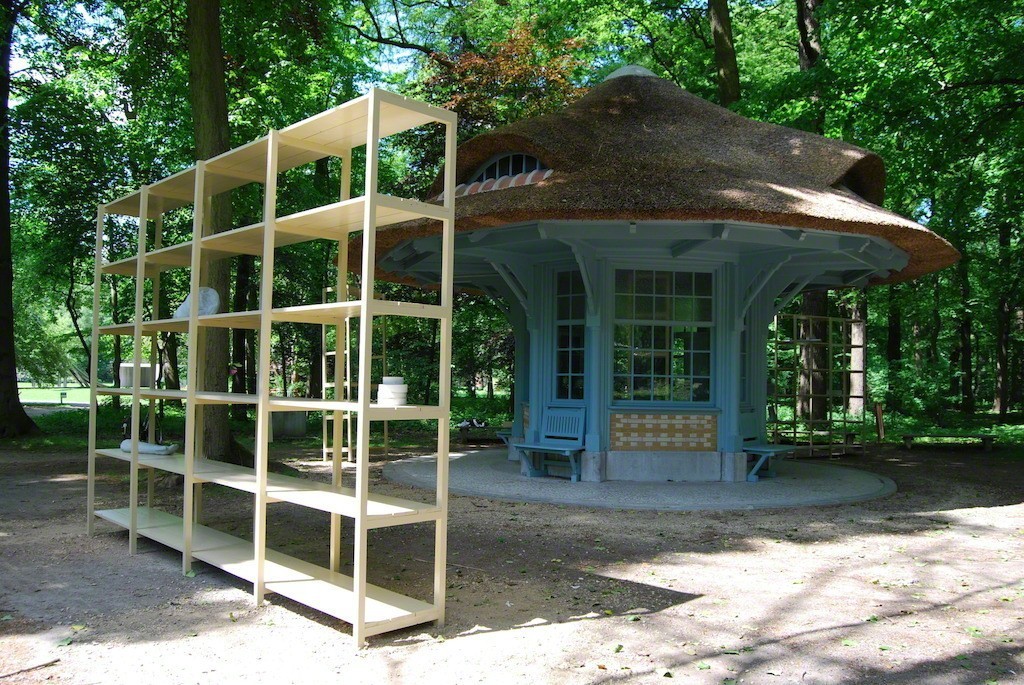 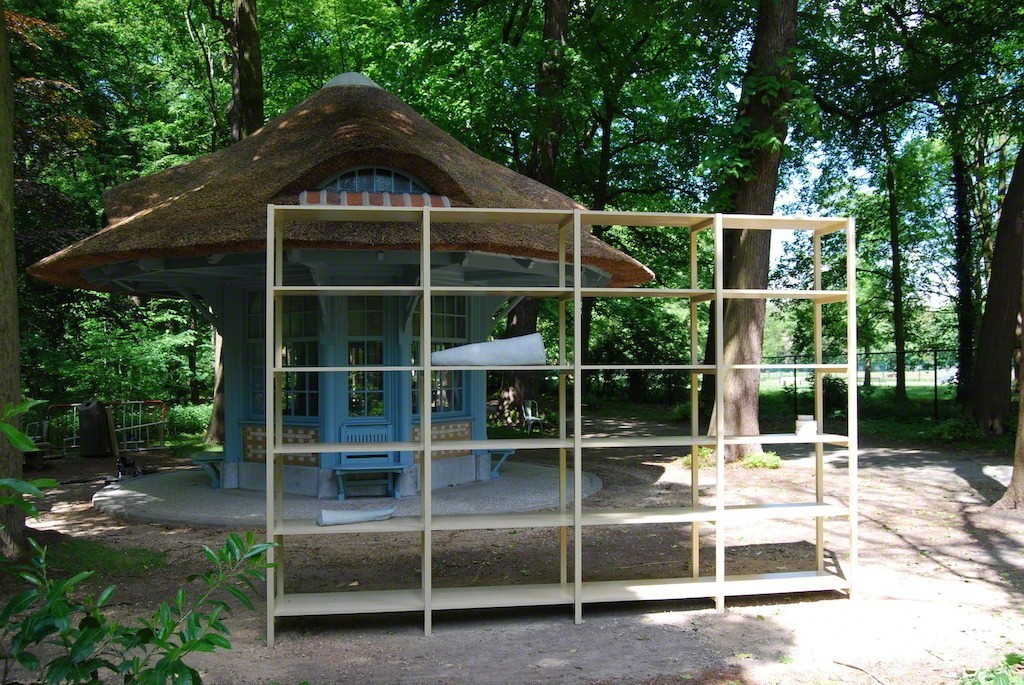 For the inaugural Roundabout commission at the Aubette pavilion at the Middelheim Museum, artist Paul Hendrikse revisits his project The Ideal Form (2007–2013). In The Ideal Form, Hendrikse investigated the legacy of Lode Craeybeckx, w ho, as mayor of Antwerp from 1947 until his death in 1976, oversaw the city’s rapid expansion in the postwar years. One of Craeybeckx’s signal accomplishments w as the transformation of the Middelheim Park, destroyed during World War Tw o, into an internationally regarded open-air sculpture museum.

Although he is remembered for his enthusiastic engagement on behalf of the Middelheim Museum, Craeybeckx also established a complex collection, w hose political undertones The Ideal Form brings, if partially, to the fore.

Hendrikse’s new installation in and around the Aubette pavilion consists of a series of wooden shelving and display systems, upon which sit concrete casts of utensils from the artist’s studio, alongside partial casts of sculptures in the Middelheim Museum collection – such as a hand from Henry Moore’s King and Queen (1952), or a leg from In de Zon [In the Sun] (1947) by Oscar Jespers. The cast fragments w ill be painted in colours based on their originals; how ever, when subjected to the elements, the paint w ill gradually w ash off, producing a sense of accelerated exposure and wear.

Hendrikse’s commission w ill be accompanied by a new English-language publication, titled The Ideal Form, based on a Dutch version from 2013. The Ideal Form, published by Occasional Papers in collaboration w ith Objectif Exhibitions, w ill be available in the Museum’s bookshop and online from May 2016.

A graduate of the Academy of Fine Arts and Design in Den Bosch, Paul Hendrikse (born Terneuzen, Netherlands, 1977) w ent on to study at the Royal Academy of Fine Arts, Antwerp, and the Jan van Eyck Academie, Maastricht. He has exhibited at, among other spaces, Rosa Brux, Brussels (2015), CC Mechelen/de Garage, Mechelen (2013), and Bozar, Brussels (2011), and has performed and screened his w ork at numerous festivals and biennials including Les Rencontres Internationales (2015), Playground (Museum M/STUK, 2014) and Contour (Mechelen, 2013).