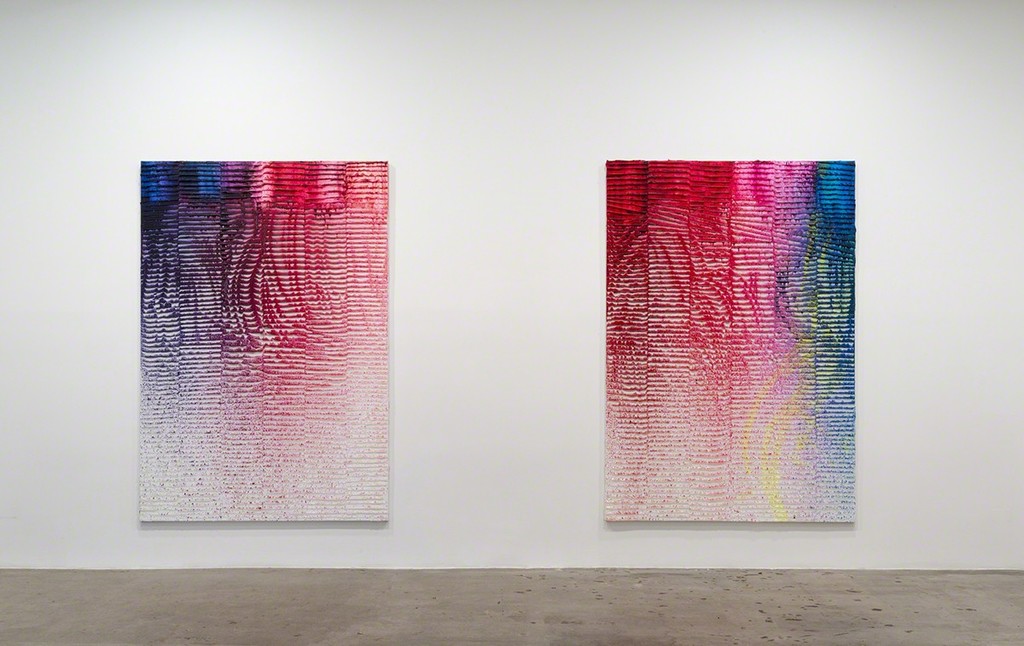 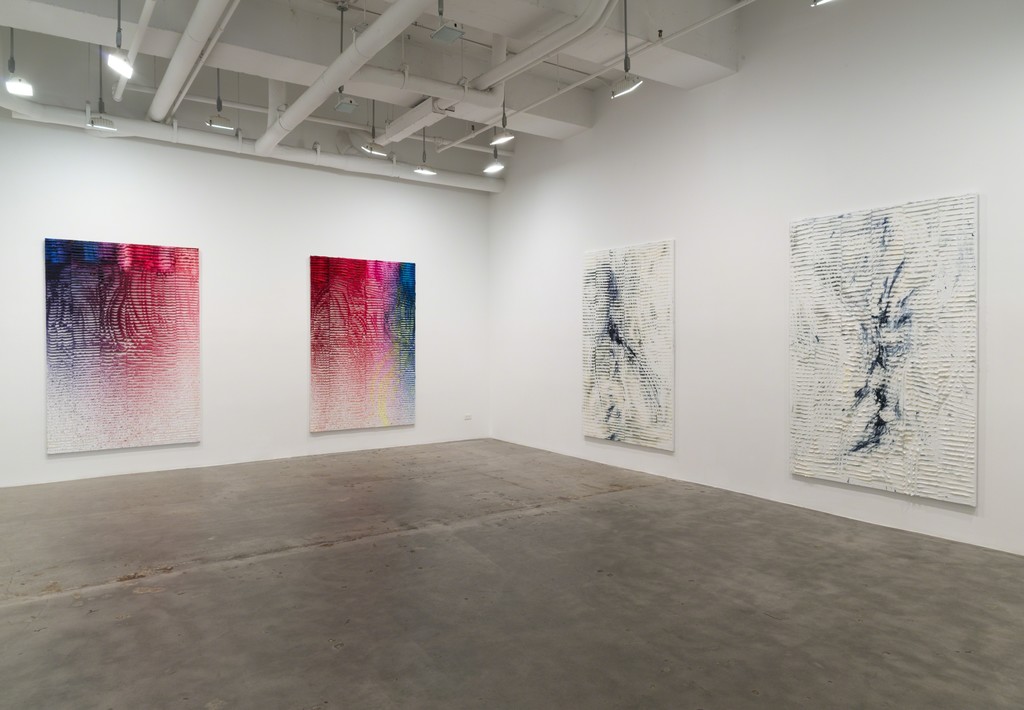 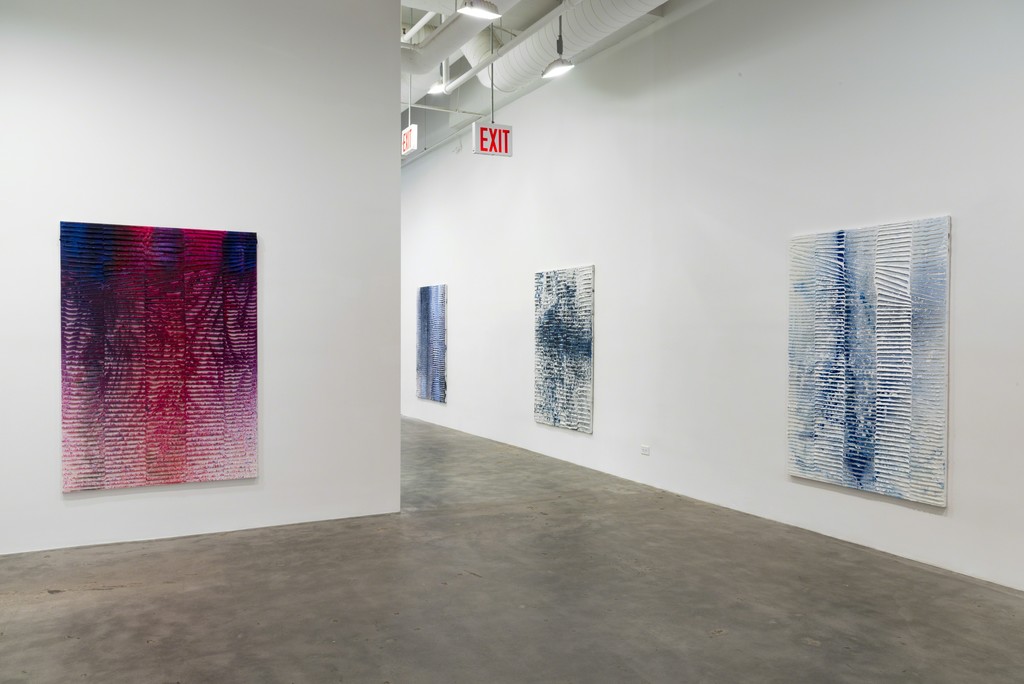 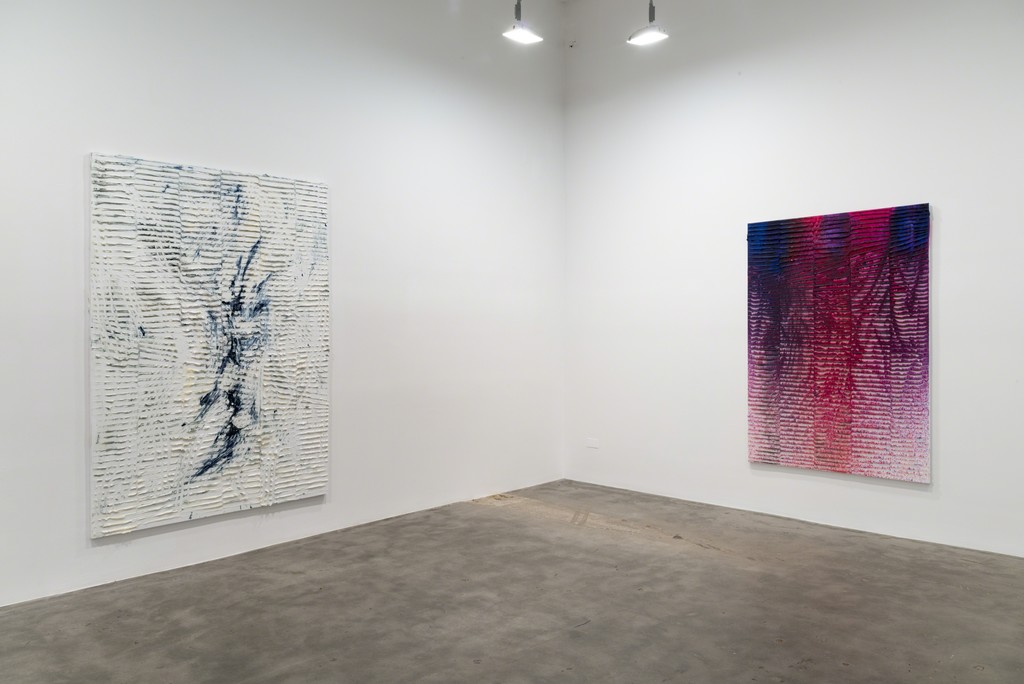 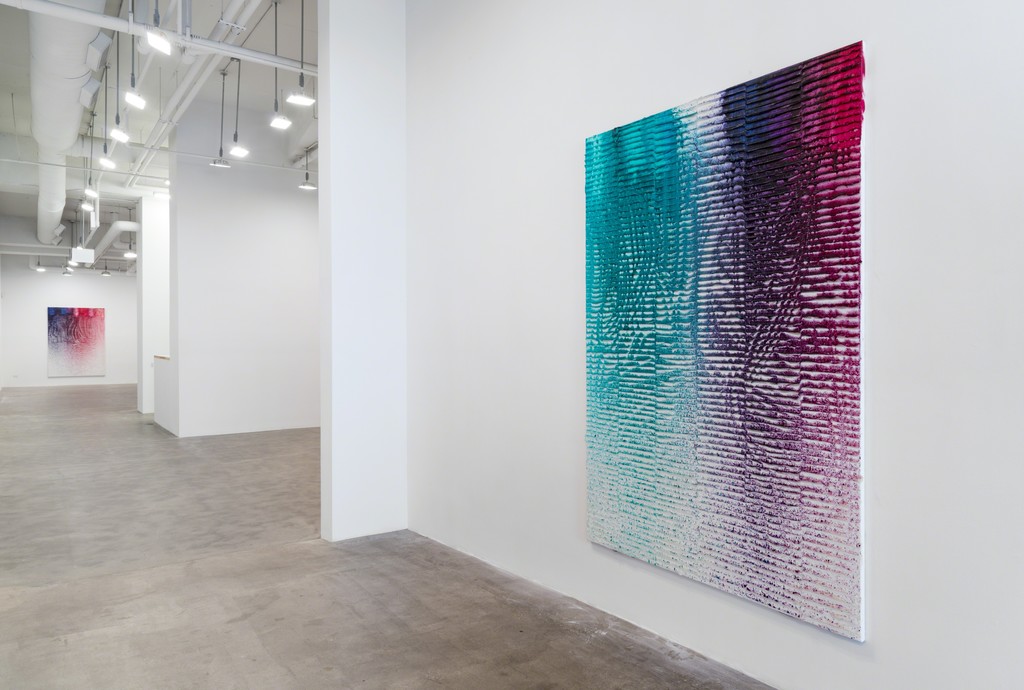 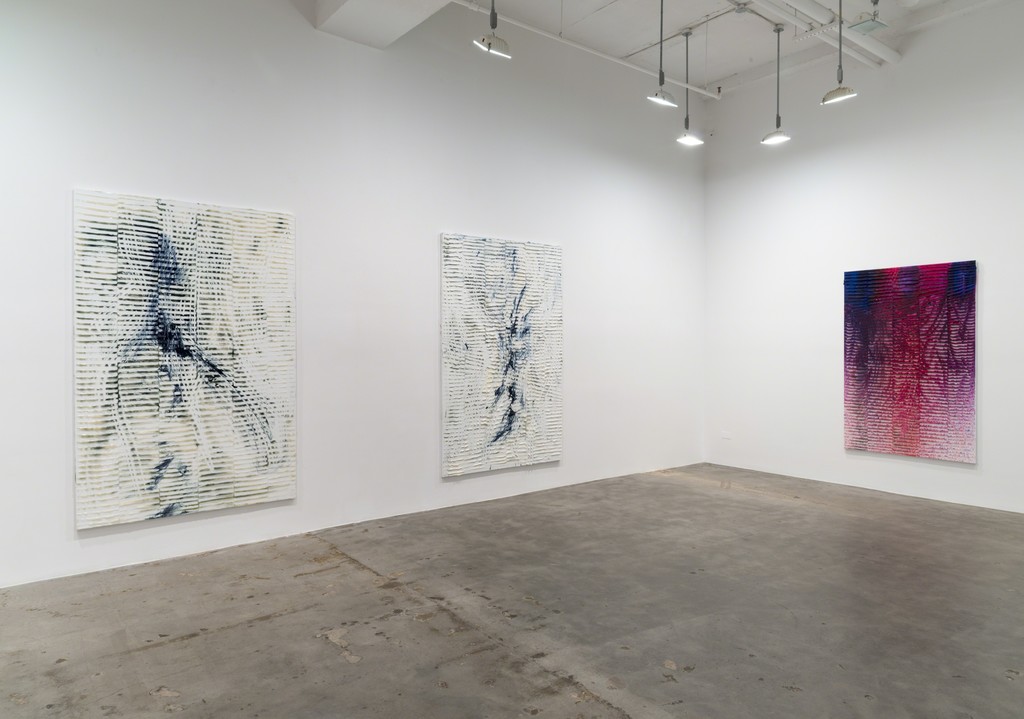 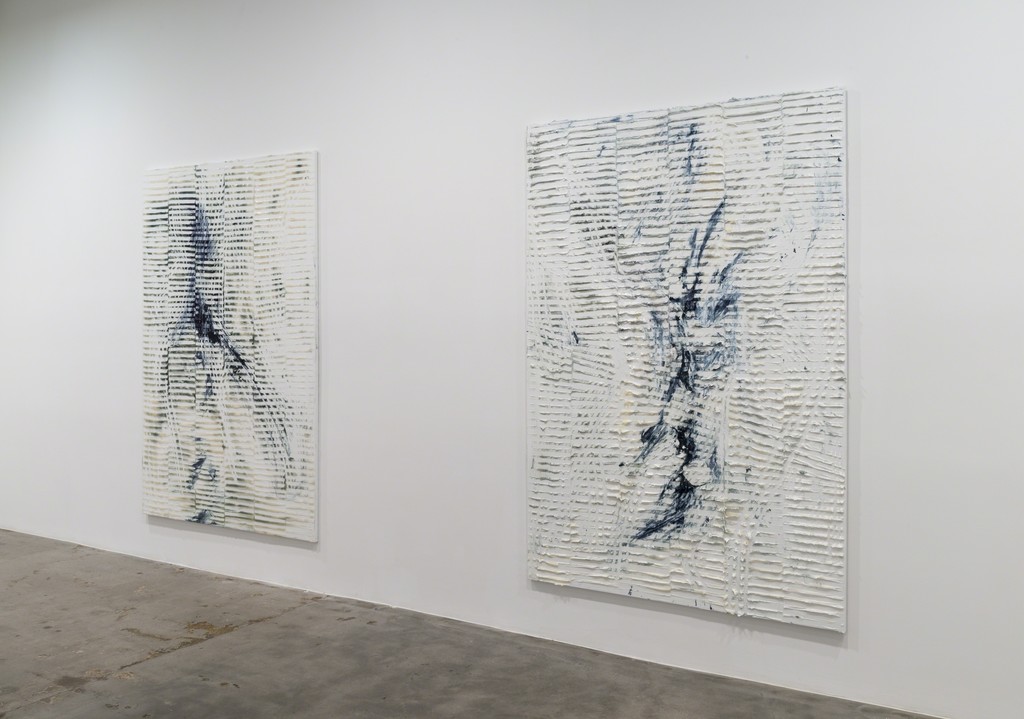 Mike Weiss Gallery is pleased to present Koen Delaere’s inaugural exhibition with the gallery, Vaya. In each of his twelve works for the show, the Belgian artist has created juxtapositions of texture and color that can be both meditative and vigorous, smoothly melodic and turbulently staccato. Delaere’s process, which was born out of the artist’s accidents and experiments, starts by modeling acrylic into a ribbed texture on the canvas. He then applies his materials – oil paint, acrylic, enamel and gouache – to the surface by striking the top section of the canvas with a brush. The rest is left to chance: the paint naturally drips, runs and splatters downward across the neat, clapboard-like geometries, mixing with other colors and settling with gestural bravado. From these juxtapositions, the performative nature of the works becomes unavoidably stark.

In the plurality of their surfaces, Delaere’s paintings all emit a sense of time. The ridges hold a metronomic visual rhythm like sand on the ocean floor – a repetitive and sustaining gesture that balances the other more improvisational elements. From this relatively uniform grid, the latter more impulsive characteristics embolden the work with glowing hues and expressionistic forms. Yet the chaos is controlled, held in consonance by the textural lattice beneath.

The performative aspect of Delaere’s work extends beyond its relation to the realm of music. His canvases capture the process of their own conception. They document every one of the artist’s actions, whether intentional or not; and because of this transparency, the works retain a sense of becoming even as they hang completed on the wall.`

“Colour,” says the artist, “can be narrative or poetic.” Each work in the show verifies this ability, but also presents another – the ability to be both at once, a site of collision for seemingly disjointed characteristics. However, collision is not an end. So while Delaere’s work can broken down into its elemental juxtapositions, its impact derives from and further explicates something else, a critical component of Art – harmony.