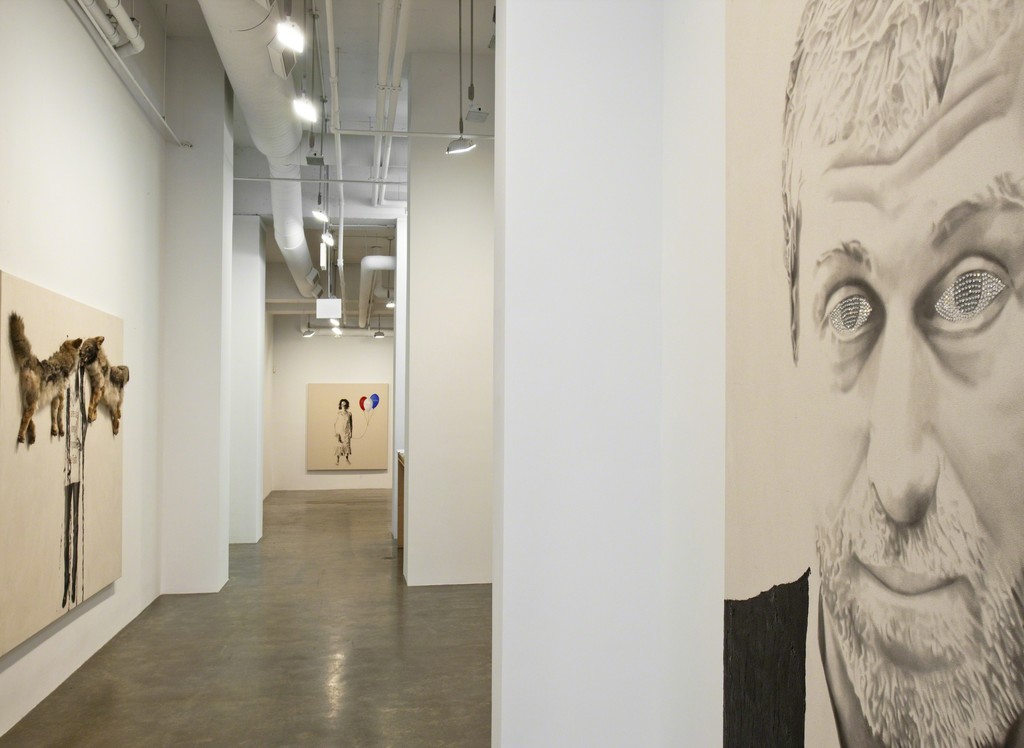 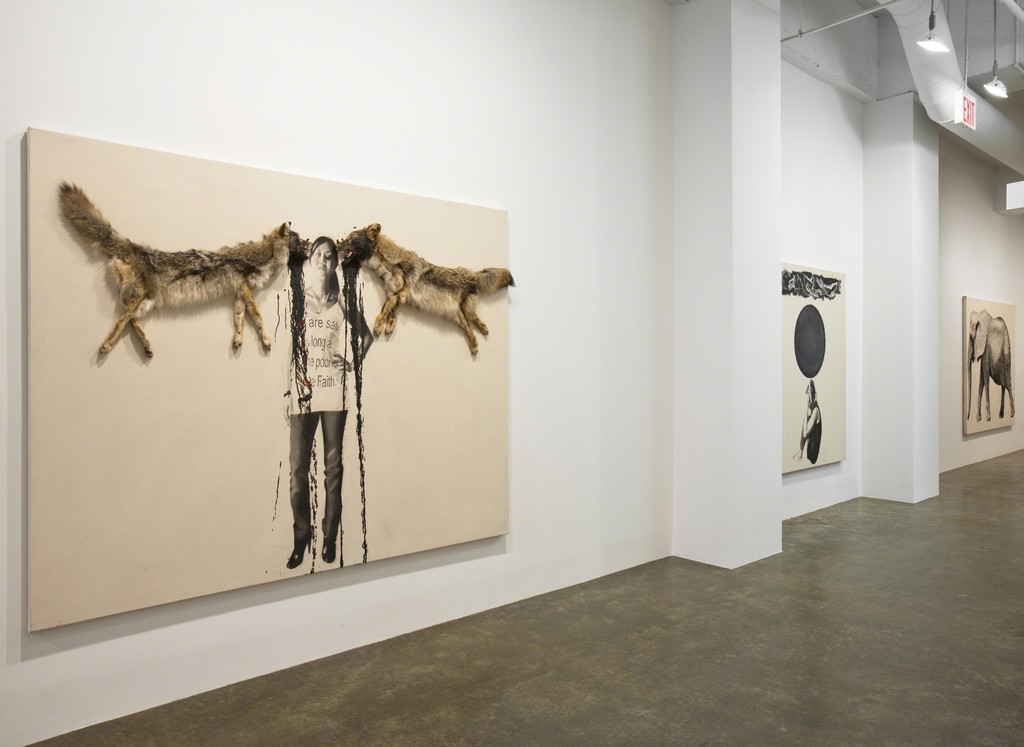 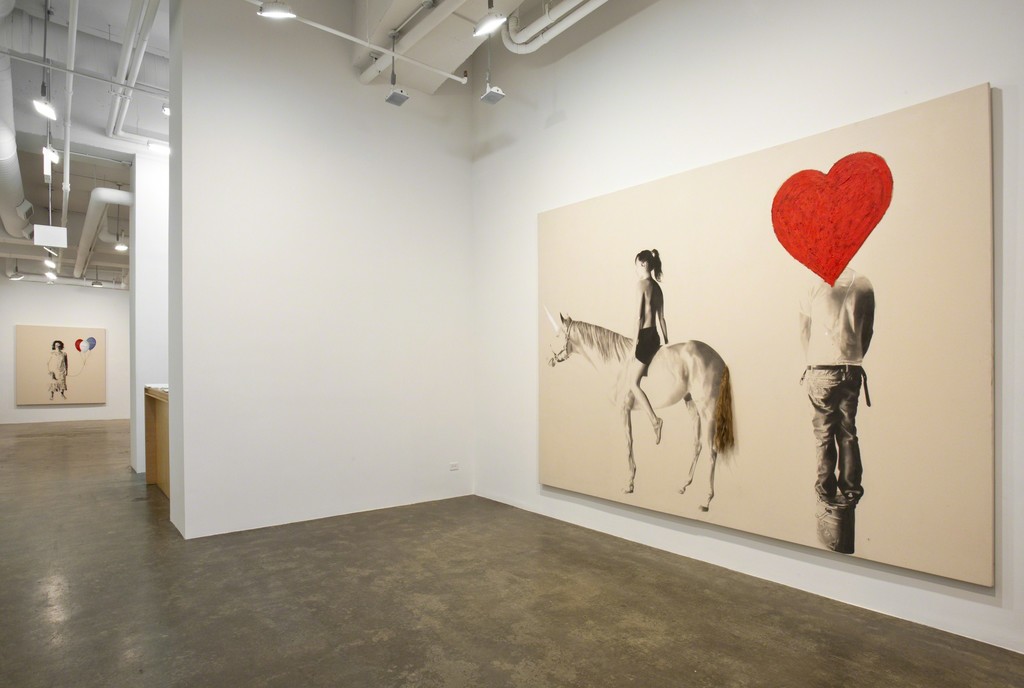 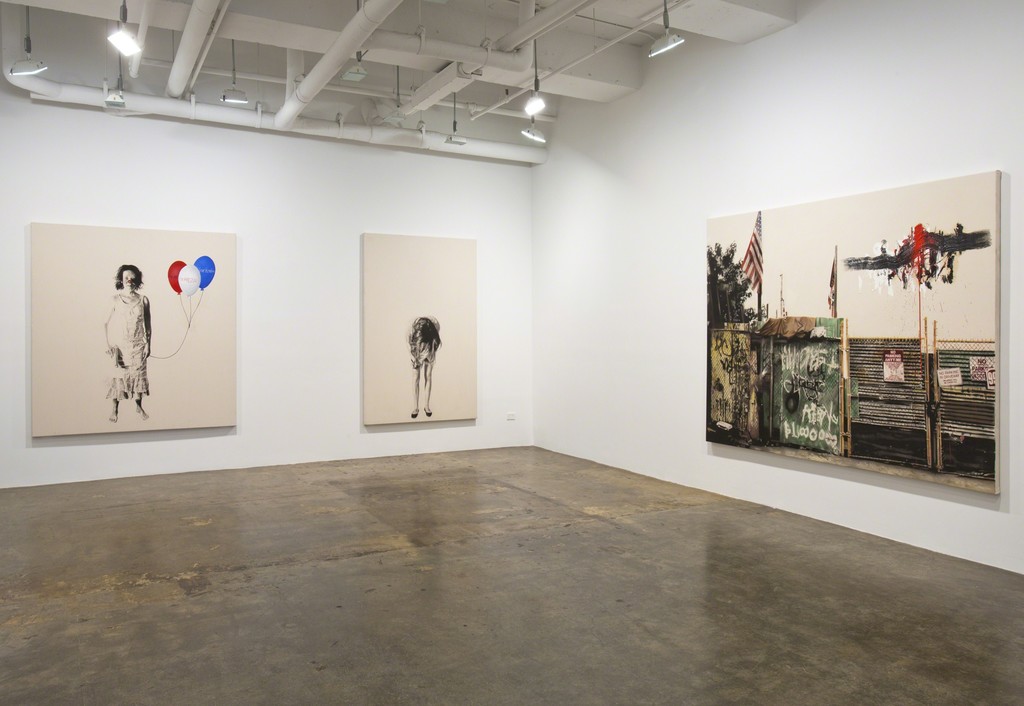 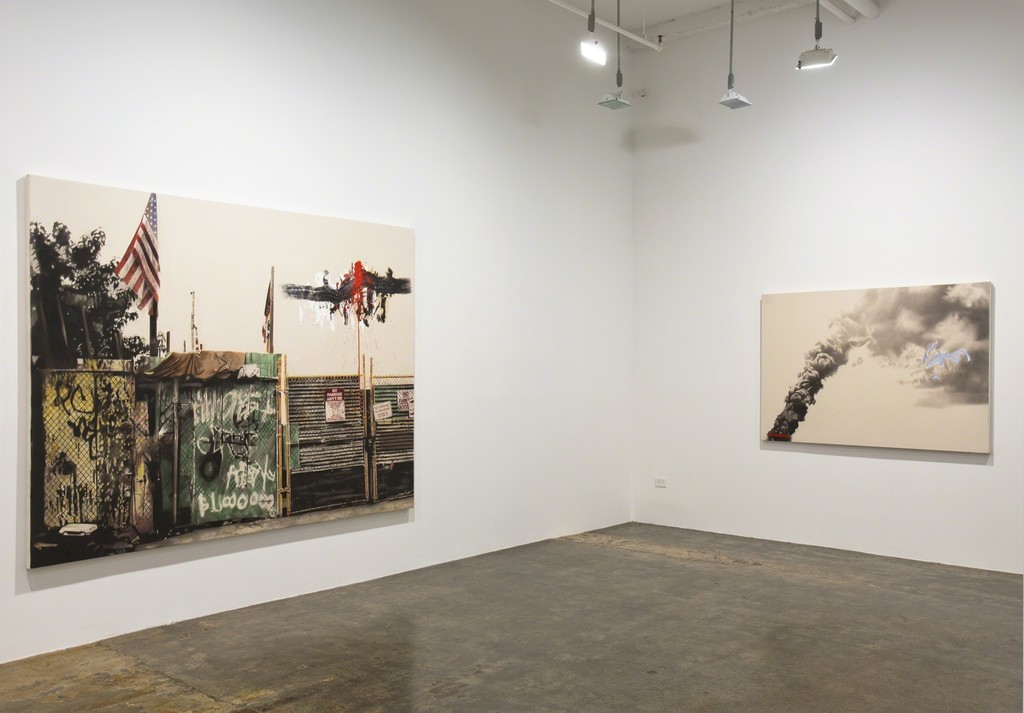 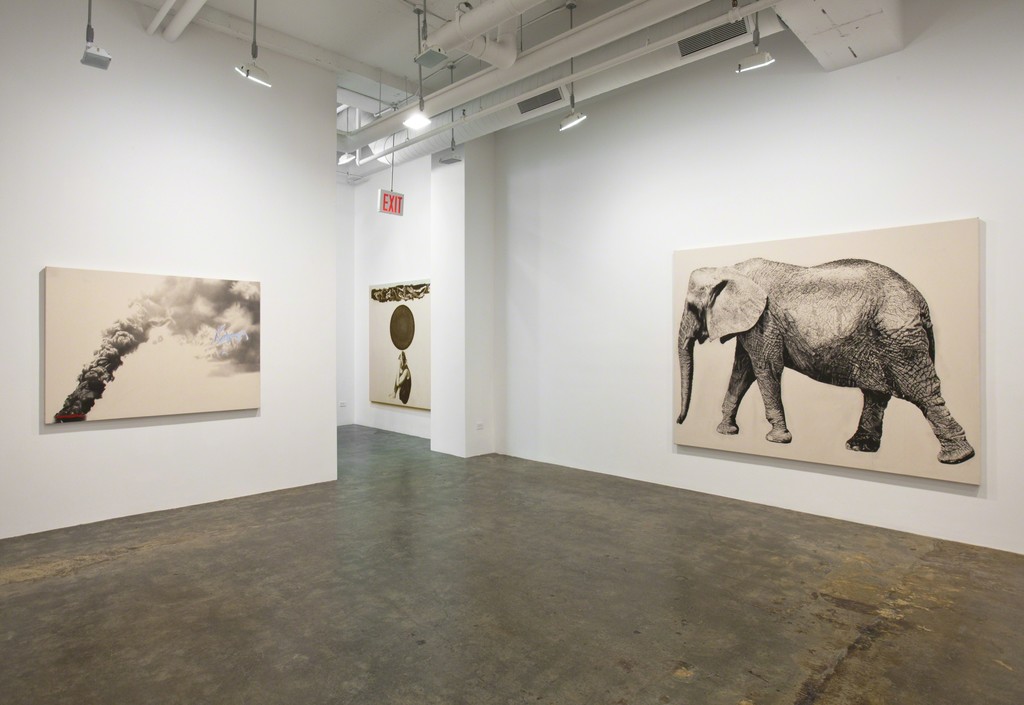 Mike Weiss Gallery is pleased to present My Century (An Illustrated Guide for Aliens), the gallery’s second solo exhibition by Marc Séguin. The title, like his latest body of work, is rich with cynicism, melancholia, and sarcastic humor. Using charcoal and oil on raw canvas, Séguin achieves near photographic grisaille images that read as "postcards of now". Unabashedly tackling hot-button issues such as economic disparity, human rights, and environmental exploitation, Séguin’s large-scale paintings are deceptively beautiful reflections of the era in which they were produced.

The artist's brazen approach to image-making frequently pairs his exquisite renderings with unexpected appliqués like taxidermy animals, rhinestones, tar and locks of hair to create bold motifs that bespeak our contemporary climate. Lunging road-kill coyotes, tar dripping from their fangs, flank a young woman in My Century, We are safe as long as the poor have faith—a siren for social injustice. My Century, Biutiful Smog and My Century, Biutiful Wilderness play with our assumptions of natural beauty as billowing clouds, soft with velvet greys and kohl blacks, are actually the products of smog and the burning of natural resources. In My Century, Hunger World (Death-Eat) an enormous elephant spans the entire surface of the 6x9 foot canvas. Loaded with double meaning and endless possibilities for visual symbolism, the artist has subtly painted DEATH across the leathery, wrinkled folds of its belly—a poetic nod to the world’s hunger crisis.

With a wry sense of humor, Séguin’s work also raises questions about value, access and power. In My Century, Roman God, controversial mega-collector and Russian billionaire Roman Abramovich is tarred and bedazzled, while in a farcical turn, The Million Dollar Painting boisterously announces its price tag. By depicting a chain-link fence in the foreground of an oasis of graffitied dumpsters and corrugated aluminum walls, Séguin’s most expensive painting to date suggests restricted access to that which is already financially out of reach.

Touching on themes of the politically backwards, the environmentally compromised and the socially divided, Séguin’s “Illustrated Guide for Aliens” reveals deeper truths about the nature of humanity through images that are not only thought provoking but beautifully elegiac.