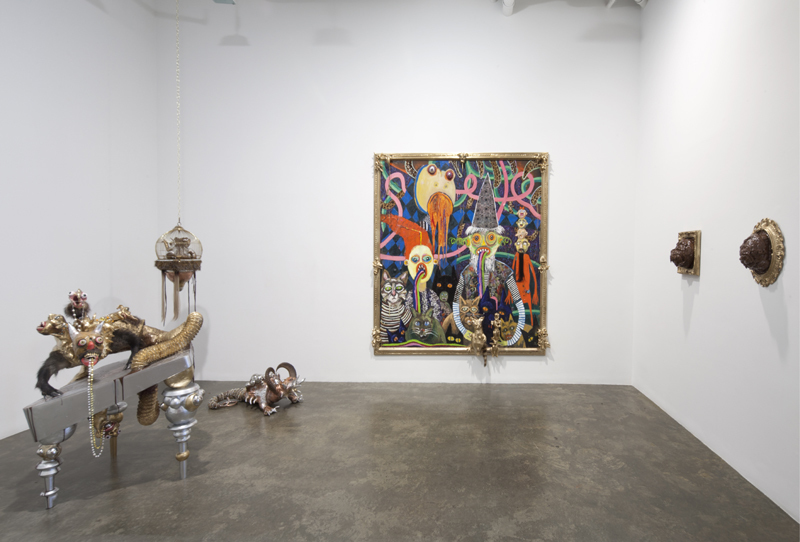 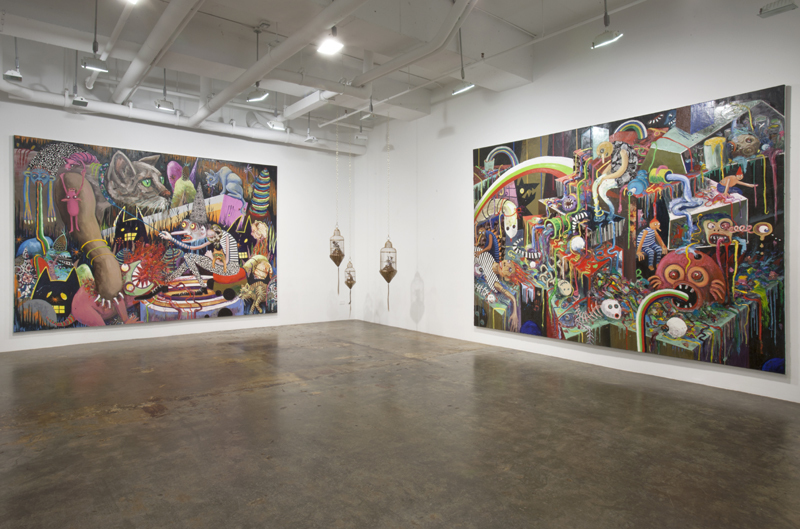 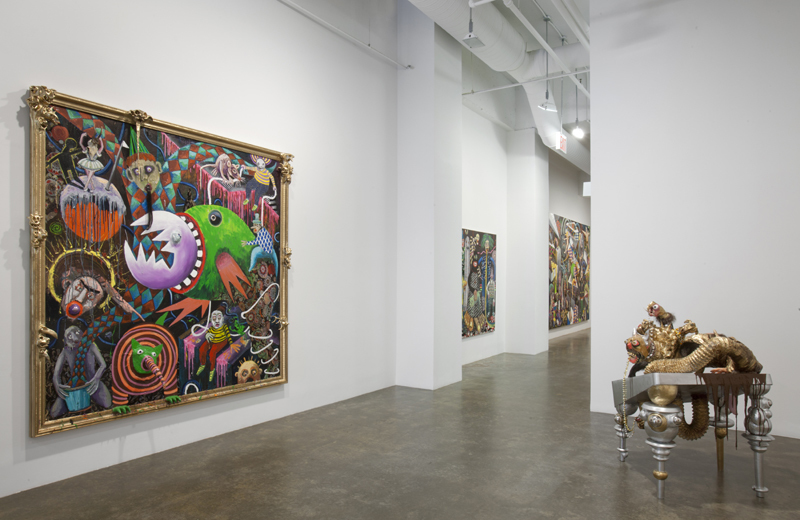 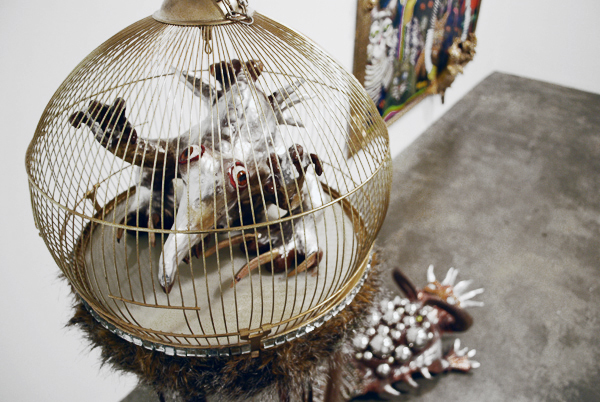 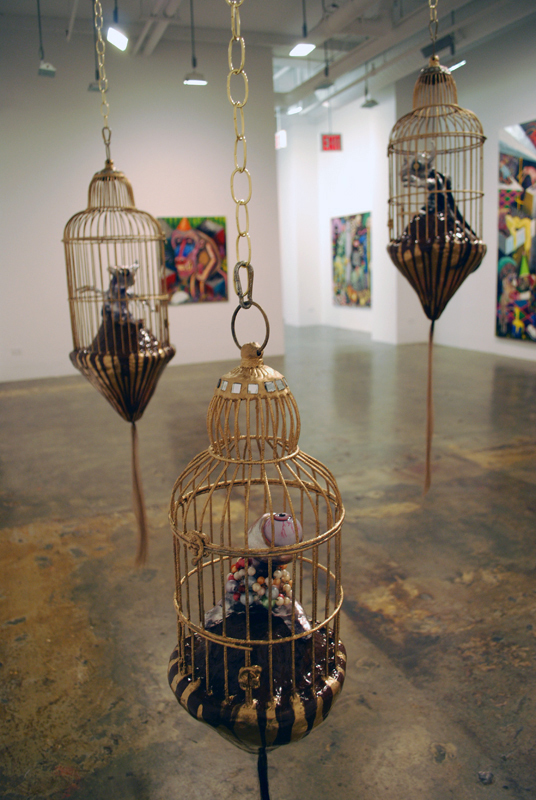 Mike Weiss Gallery is pleased to present Dreckige Katze our second solo exhibition of German artist Stefanie Gutheil. Gutheil expands her playful and perverse painterly language as she attempts to shine the flashlight in corners of the imagination that are best kept secret. Her unruly cast of darkly comic characters burst forth from the canvas in the form of three dimensional paintings as well as sculptures.

Gutheil’s work is intensely personal, sexually political and directly referential to the history of German painting. Her figures are grotesque characterizations of people encountered in her daily life—from immediate family to the club kid revelers of her Berlin neighborhood. Androgynous, transmogrified creatures make up her clan of queer misfits whose exuberant indulgence in the vile is simultaneously repulsive and endearing.

A bauble-backed, jewel-tailed ‘wolperdinger’ is on the hunt while gargoyle-like creatures made of wood masks, plastic and taxidermy animal parts sit atop glossy mounds of their own fecal matter in delicate birdcages. Faux piles of shit cling to the wall thanks to their flamboyantly ornate golden frames. Fabric, foil, hair, latex, jewelry, metal balls, carnival and fetish-like objects adorn the large canvases where mutant figures straight out of a comic book version of Dante’s inferno vomit rainbows and strands of plastic pearls.

Of her Escher-esque, never-ending renderings of space she says, “The architecture is impossible. The things you keep down in the cellar; the side of you that you don’t want anyone to know about. This is my shit, but everyone has it.”

Stefanie Gutheil was born in Ravensburg, Germany, the land of the fabled of ‘wolperdinger’. She currently lives and works in Berlin, where she received her Bachelors and Masters of Art from the Universität der Künste. Her work is included in the collections of the Hudson Valley Center for Contemporary Art, Peekskill, NY, the Nerman Museum of Contemporary Art, Overland Park, KS, the Eileen S. Kaminsky Family Foundation, New York, NY and the Taguchi Art Collection, Tokyo, Japan.