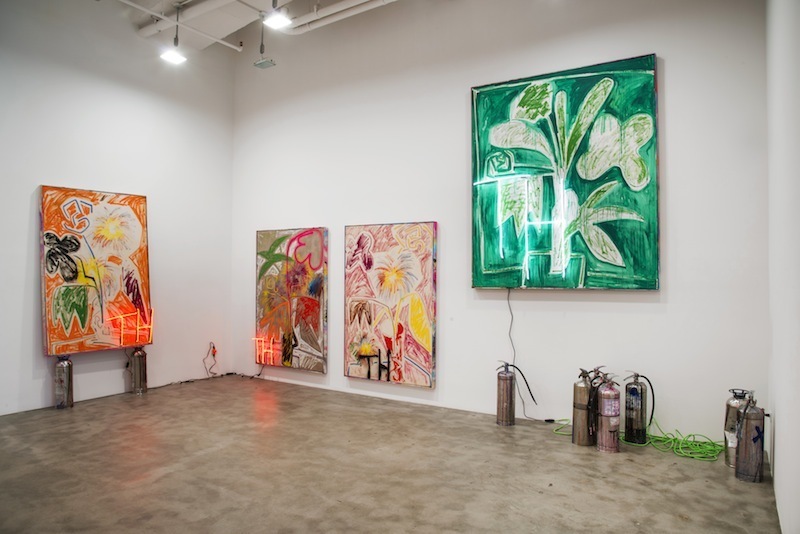 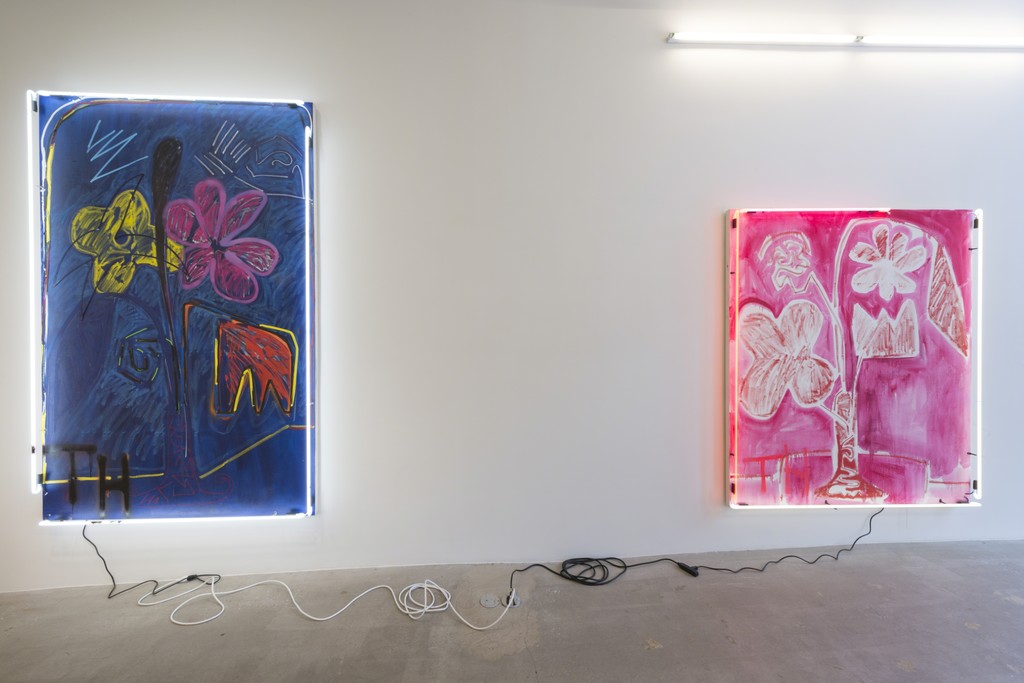 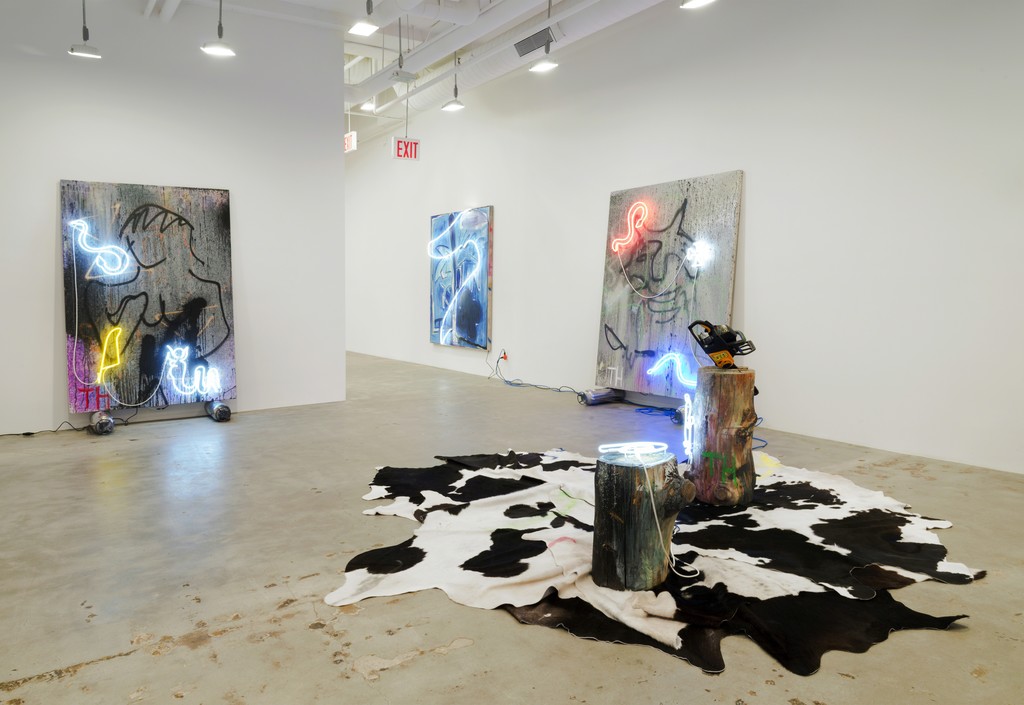 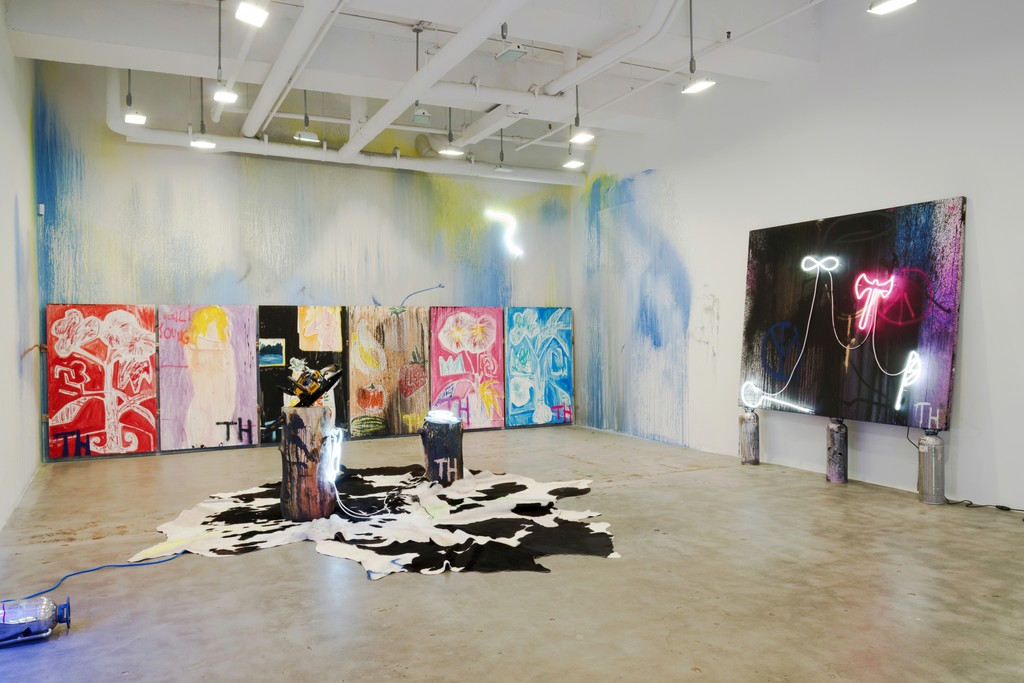 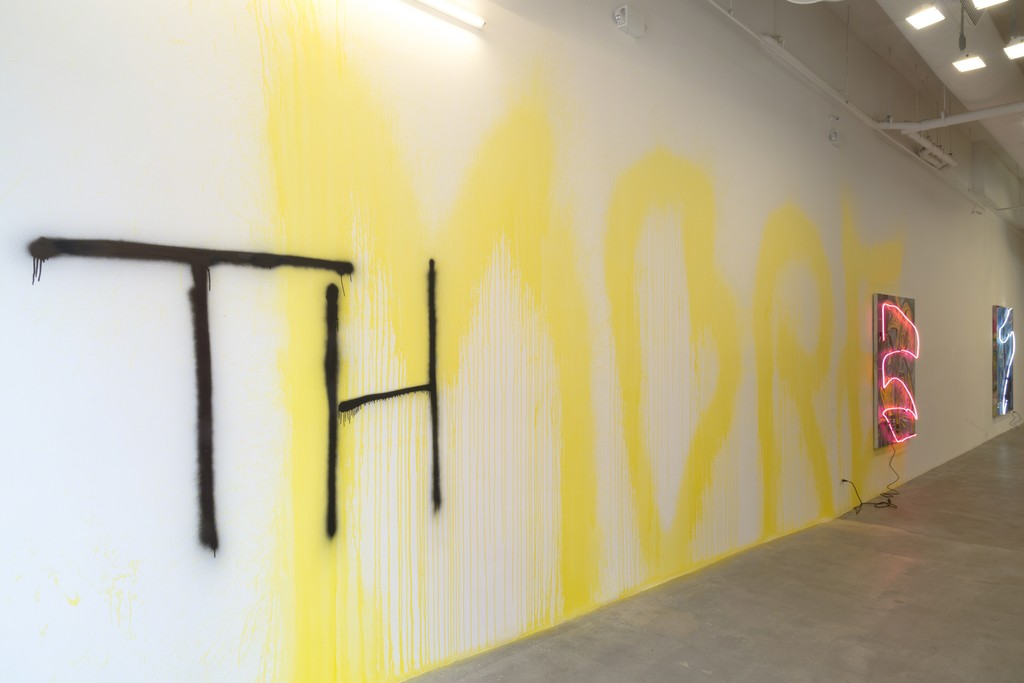 Why serpents, florals, fire extinguishers, iron crosses, sirens, double headed axes, hieroglyphics, peace signs, still lives, infinity symbols, and a variety of other worldly materials? There are absolutely no answers, only possibilities and further questioning. In a sense, Thrush Holmes’ bold artistic agenda composes an operatic way of getting through this visual world of ours. Relics of the day found, dispersed, buried, forgotten, and ultimately resurrected bring to life, or back to life, highly evolved and charged iconographies of grace rendered. To understand the beauty and wisdom, humor and mistakes, and the realism and abstract nature of form, are the goals, have been the goals, and will remain the goals.

Basquiat, Pollock, Twombly, DeKooning…to name a few, and this stretches beyond the realm of painting. One could even mention Neil Young, Sonic Youth, and Bob Dylan as well as Lord Byron, Truman Capote, and Oscar Wilde as artists of great faith and determination in the traditions of their chosen crafts.

The seemingly effortless nature of ancient cave painting, certain periods of African art, late modes of European modernism all get thrown into the soup that is the Thrush Holmes universe. The viewer is shown a variety of passages that drift and float, caress and seduce, kiss and kill.

Thrush Holmes lives and works in Toronto and has been widely exhibited throughout Canada. His work can be found in permanent collections such as the Elton John Aids Foundation, Sony Dreamworks, and Defjam Records among others.