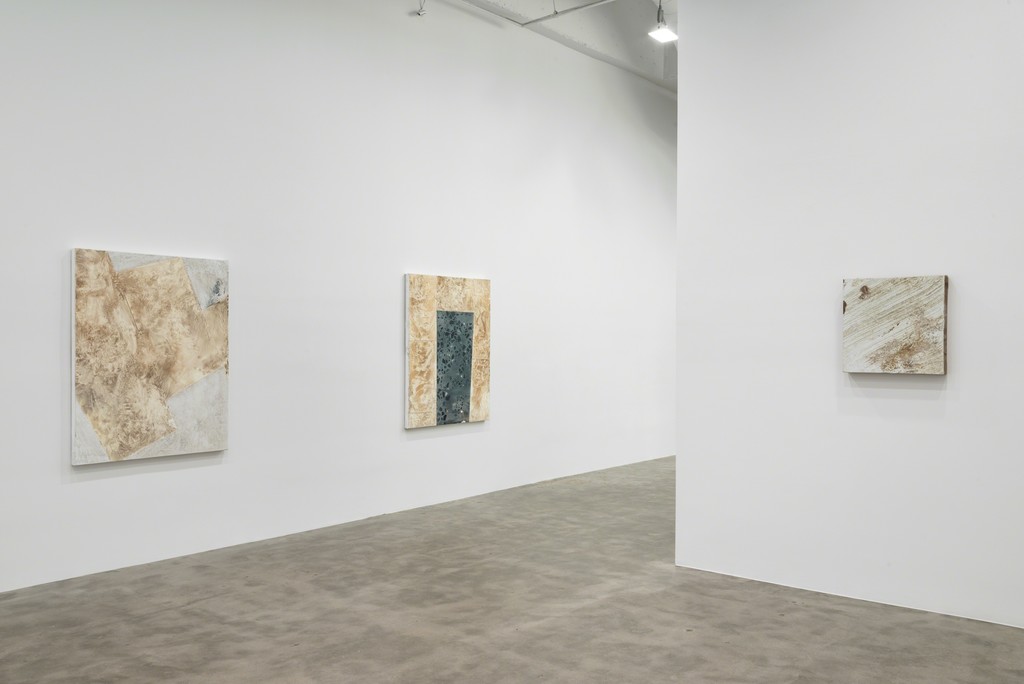 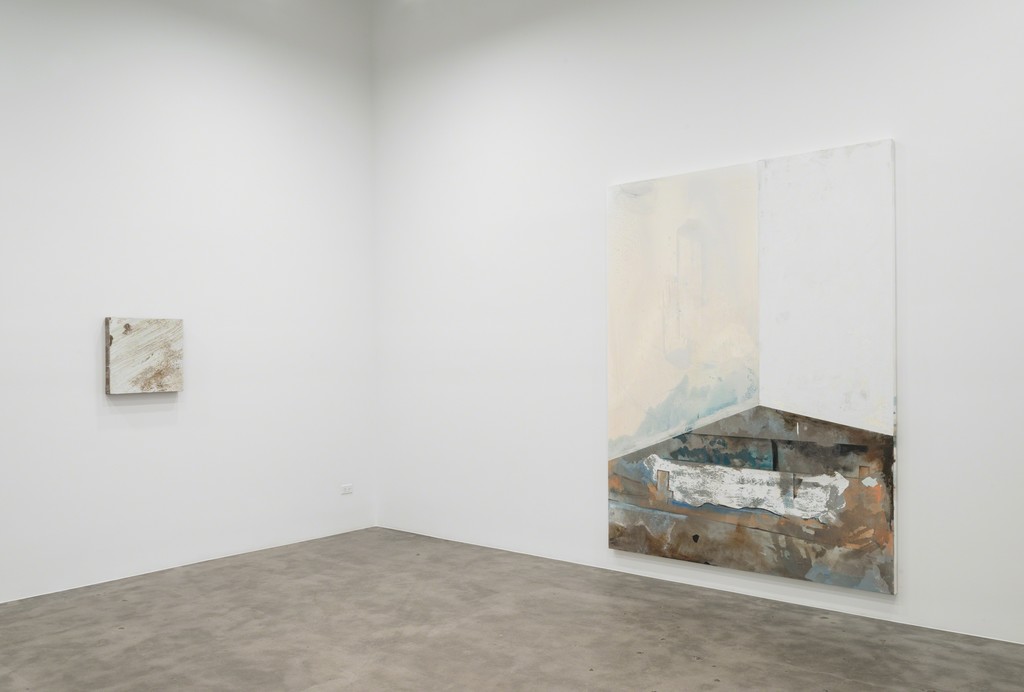 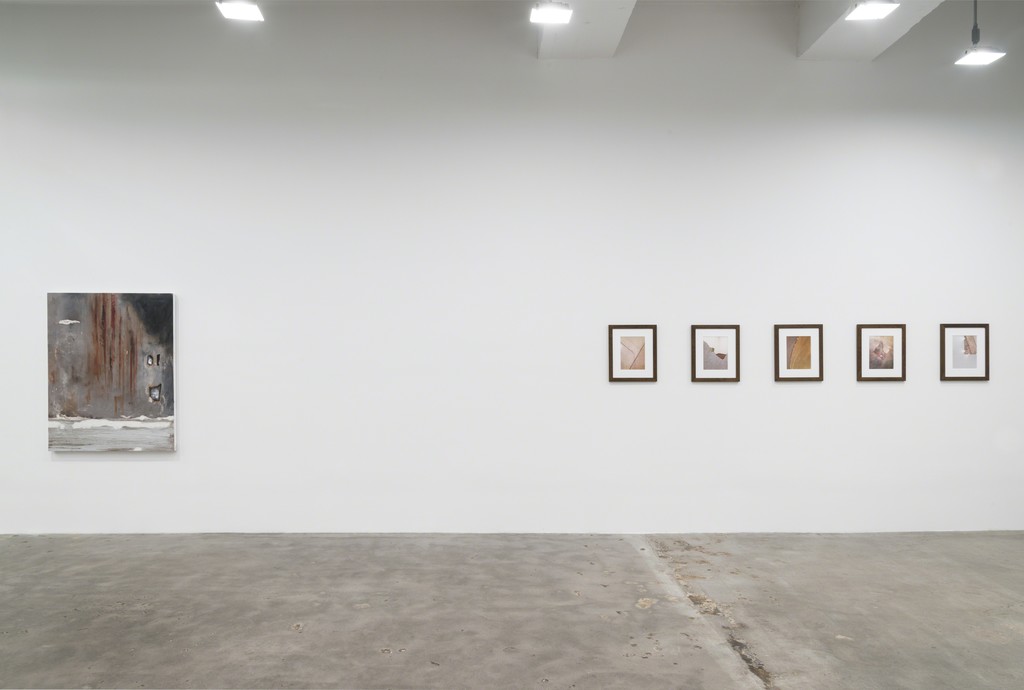 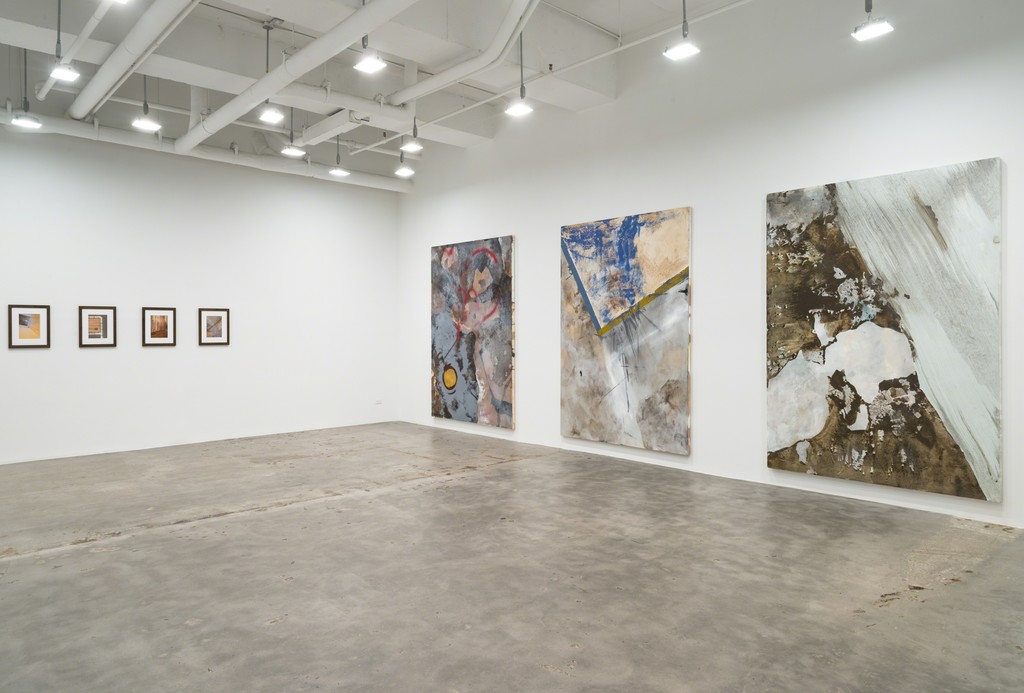 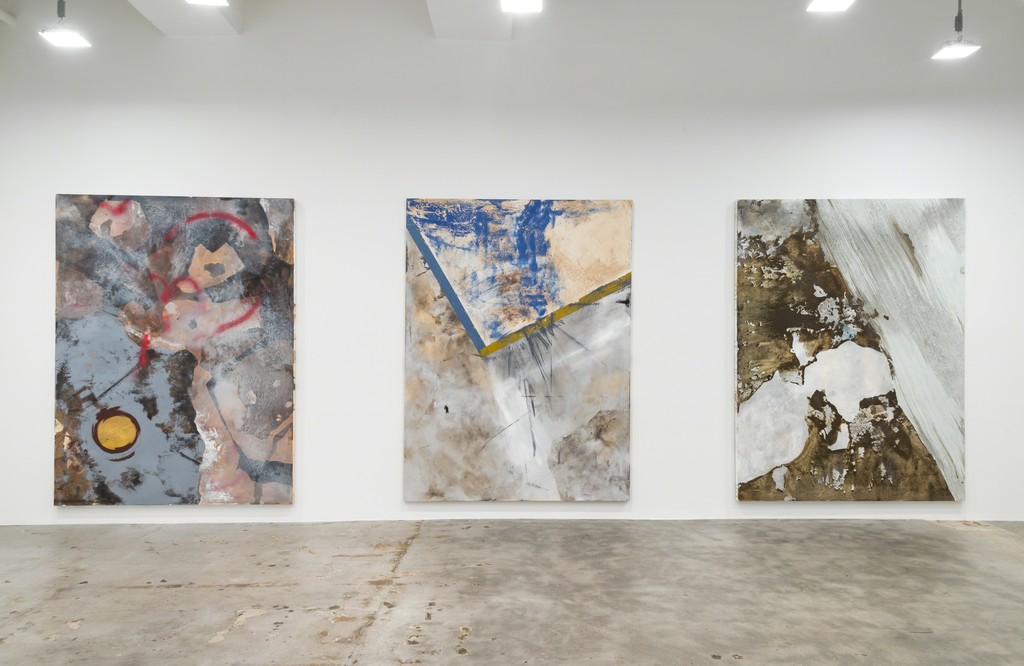 Mike Weiss Gallery is pleased to present Virginia Martinsen’s Exhibition Space, her inaugural solo show with the gallery and her first in New York in six years. The exhibition will consist of oil paintings and photographic collages that revolve around the artist’s encounters with exhibition spaces. Within these settings, Martinsen inverts the traditional art-space relationship; she strips the environs of their otherwise inherent conceptual weights and instead unveils the palpable documentation of their histories – the floors, walls, corners, and rafters that materialize totalities of the movement of people, things, and time within. What’s left is a trace, a simultaneous reference to and negation of the imposition of aura.

Most of the collages are made up of only two or three photographic elements. In some, space is completely flattened, abstracted into a single surface similar to an aerial photograph. Others reconfigure space so as to create a familiar yet unrecognizable dimension, receding into and protruding from the frame. Regardless, simple overlays of pieces create clean, delicate lines that juxtapose with the intricate textures in each photograph. A careful balance is struck between permanence and decay – in the purity of their compositions and the abraded imagery of each disparate component.

The paintings stimulate a similarly tenuous relationship. Using one material, oil paint – and the full historical weight latched inextricably to the medium – Martinsen creates a textural battleground. In Exhibition Space P 03, for example, a green-grey swath of color, as if rendered by a single gargantuan brushstroke, contends with the seemingly corrosive spillage of brown oil. The work turns inward, questioning its own materiality and the purpose behind its dominance in art. In the palimpsestic surfaces of her paintings, Martinsen presents the full spectrum of the aesthetic possibilities of oil paint – from the pours that emphasize the biotic characteristics of pigment and linseed oil, to the carefully rendered, architectural rectilinear bands. Through their textural diversity and coexistence, the works address the increasingly opaque bond between creator and creation. The control and lack there of apparent in the works suggests one possible point of clarity – that the act of painting is a collaborative “call and recall” process between artist and material; with each gesture of the hand, there is an equally significant response from the oil paint.

Virginia Martinsen lives and works in New York City. Her last solo exhibition was with ATM Gallery in New York. Martinsen and her work have been written about in ARTnews, The Village Voice, and others.