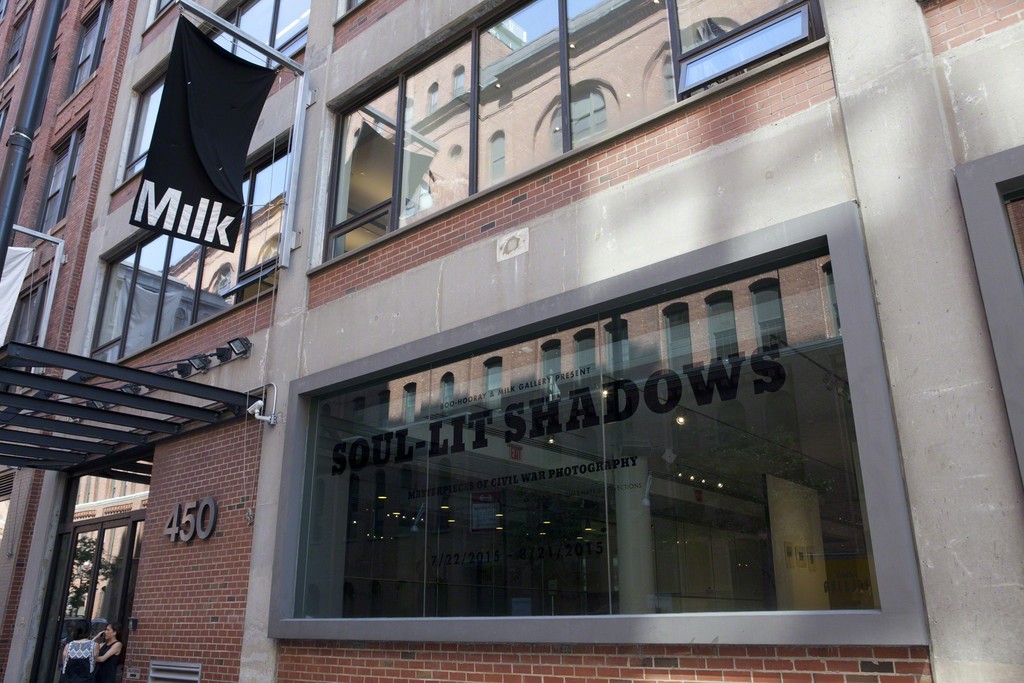 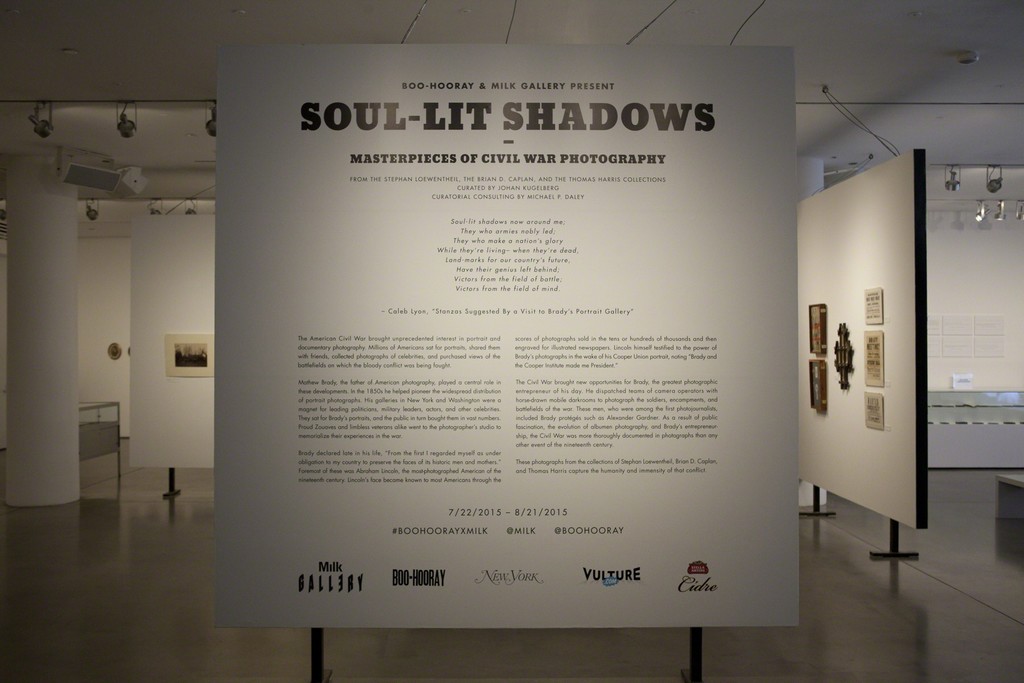 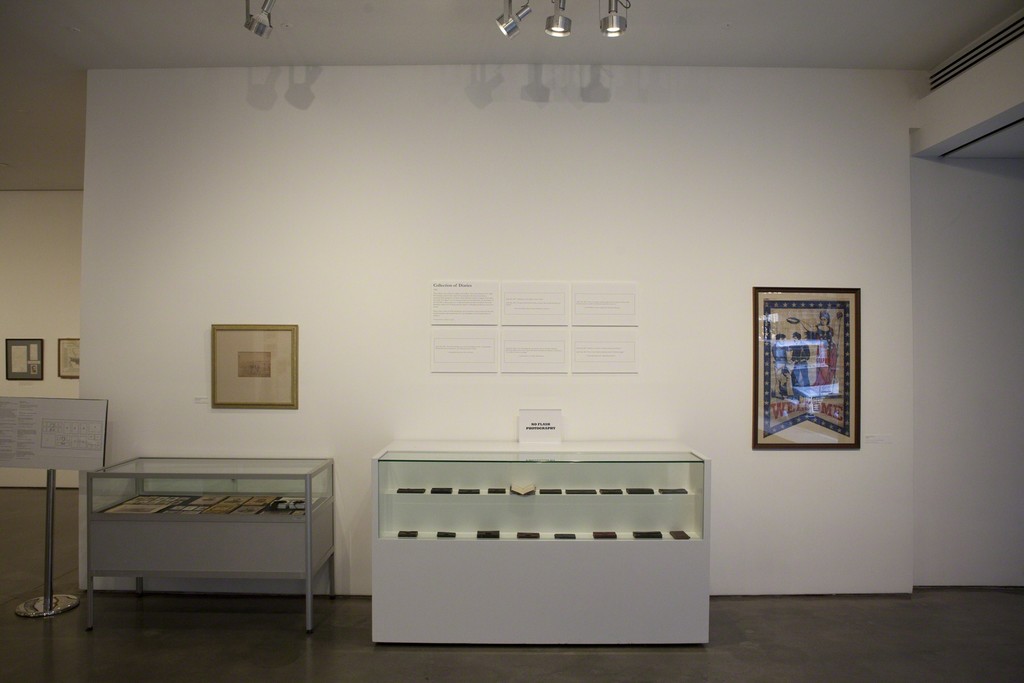 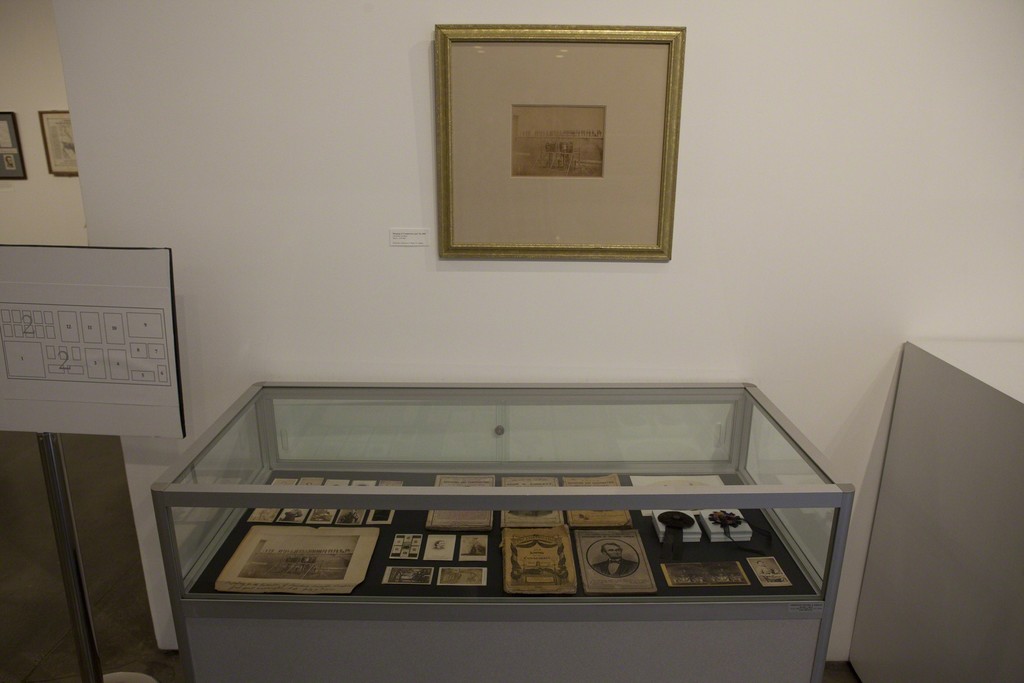 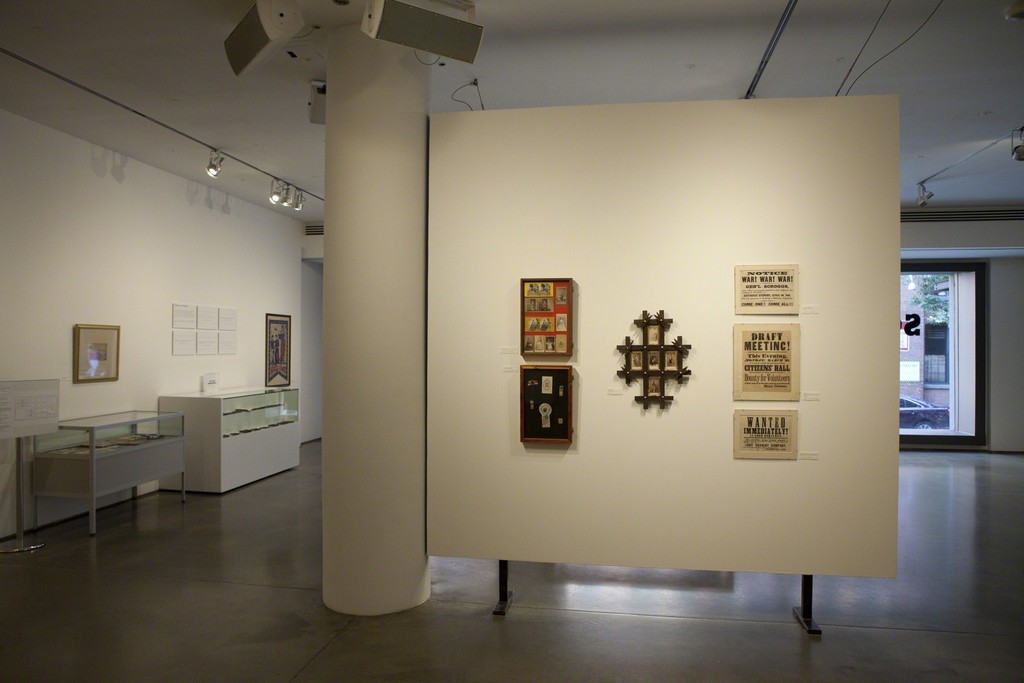 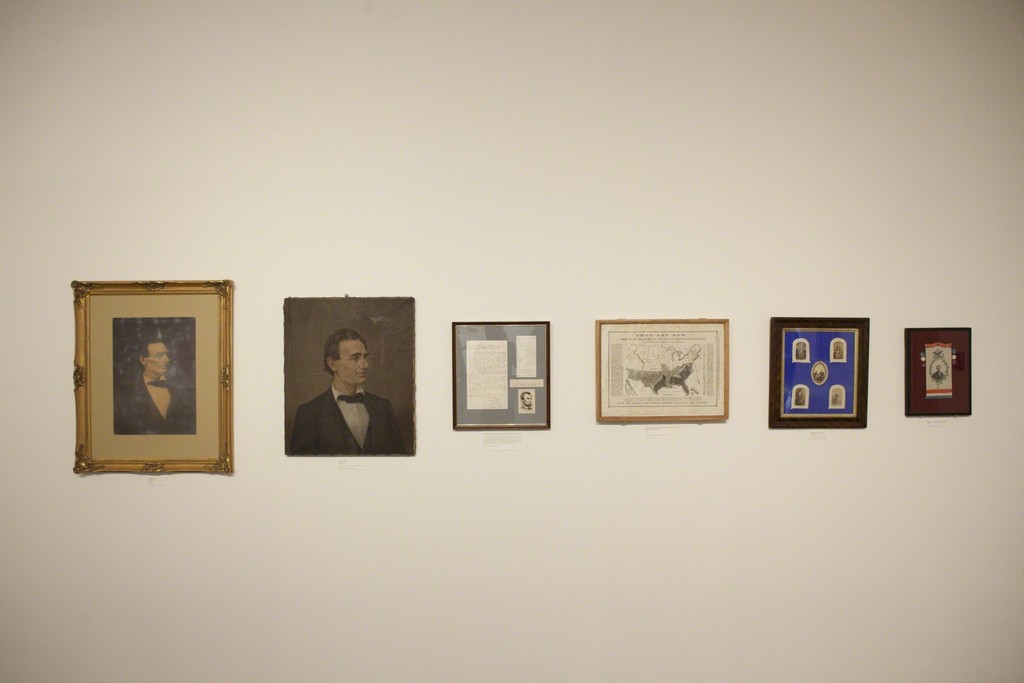 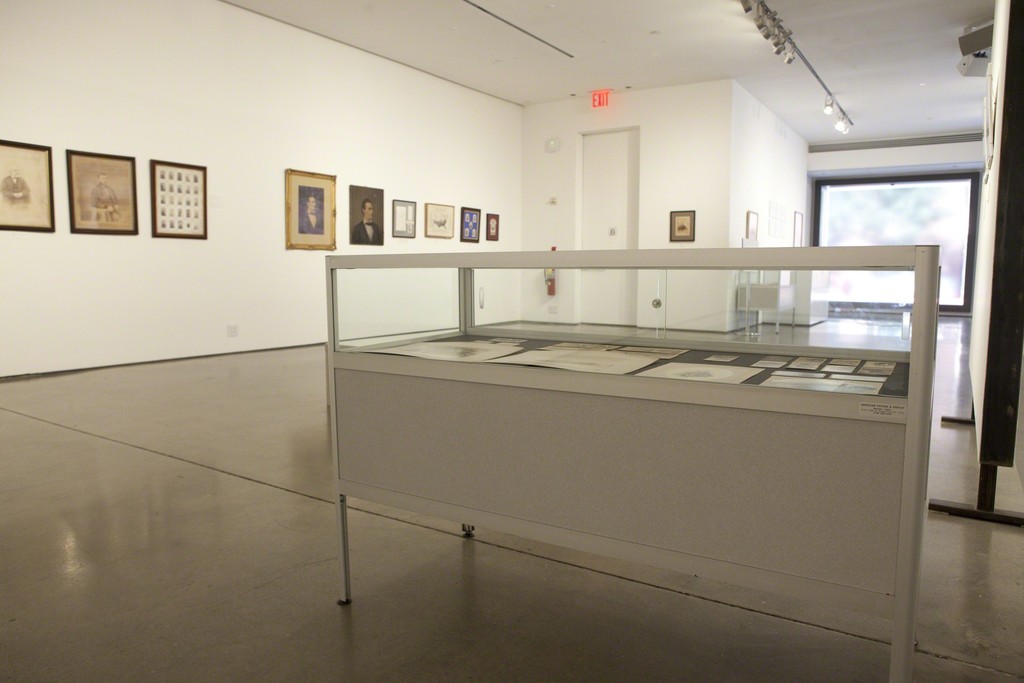 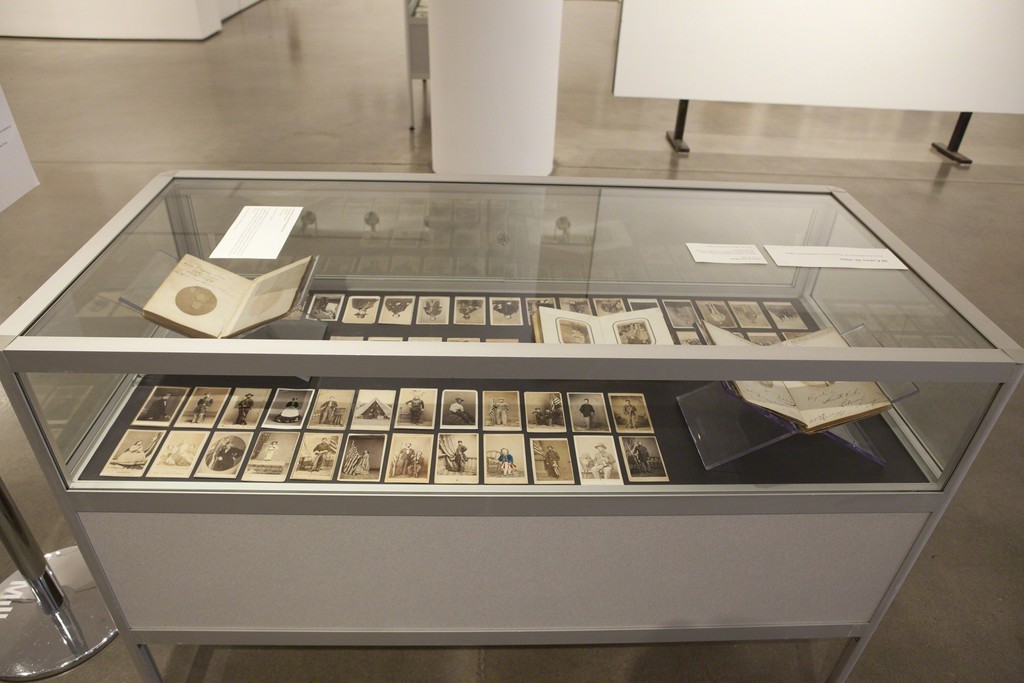 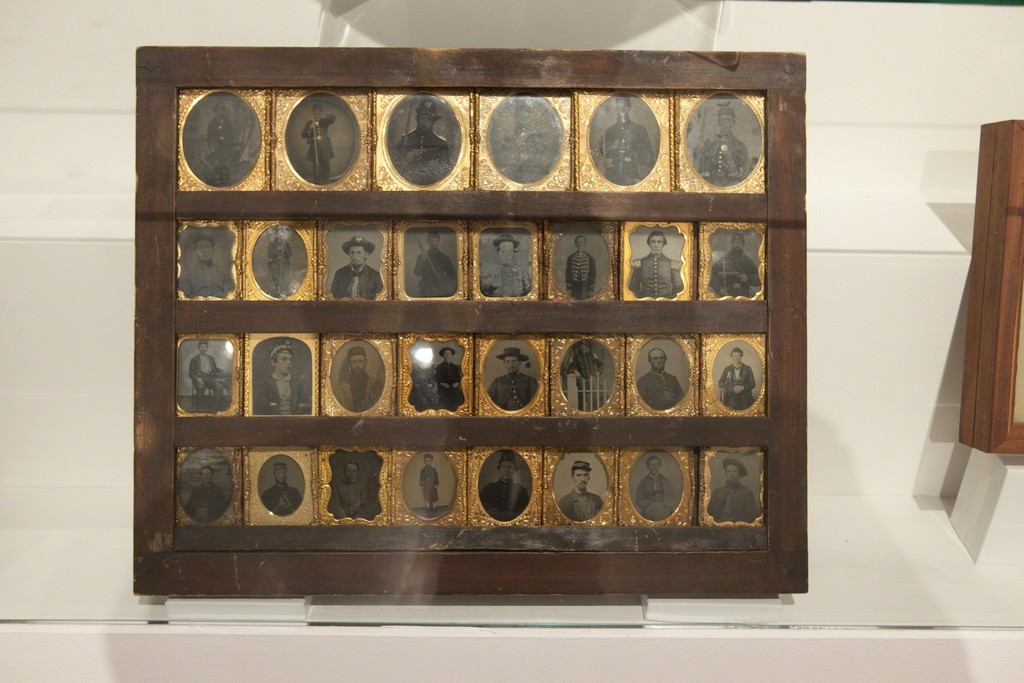 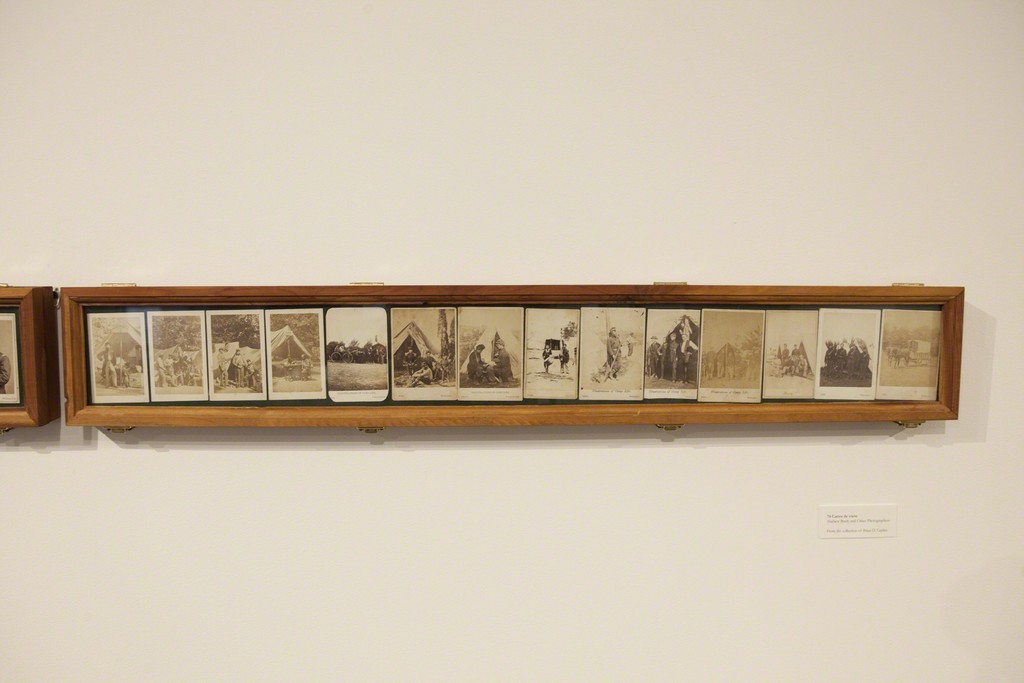 For more information, please contact: Song Chong, Director, Milk Gallery [email protected]
Boo-Hooray and Milk Gallery present:
SOUL-LIT SHADOWS – MASTERPIECES OF CIVIL WAR PHOTOGRAPHY.
Curated by:
Johan Kugelberg/Boo-Hooray
Curatorial Consulting by: Michael P. Daley
Exhibition will run from July 22nd – August 21st
July 10th, 2015 (New York, New York) – Milk Gallery at Milk Studios announced today the opening of its highly anticipated exhibition,
SOUL-LIT SHADOWS – MASTERPIECES OF CIVIL WAR PHOTOGRAPHY.
The maturation of the photographic process in America occurred amidst the Civil War, the bloodiest conflict ever waged by our country. “Soul-lit Shadows – Masterpieces of Civil War Photography” is a landmark exhibition charting this period in American photographic history. Some of the most iconic photographs of the period are featured alongside never before seen images of our nation’s leaders and forgotten everymen who fought for the future of the United States.
While many photographers around the country captured images during and of the Civil War, Mathew Brady, the father of American photography, is a central feature of the exhibition. Brady linked the new technology of replicable photography on paper with the emergence of history, politics, fame, and visual memory. Suddenly, the visual image became the dominant force in public discourse, and began to augment the written word for recording history and people. The image of political leaders, such as Abraham Lincoln, had never been more important. Photography emerged as a significant tool to help shape public opinion.
Brady’s influence transcended art and history. He was one of the earliest members of the Fourth estate to achieve the status of president maker. Indeed, Brady’s career was so
Iconic images from:
The Stephan Loewentheil Collection
The Brian D. Caplan Collection of ephemera and photography The Thomas Harris Collection of vintage photography
intertwined with Lincoln’s that on more than one occasion the President said it was “Brady and the Cooper Union speech made me President of the United States.”
The Civil War gave Mathew Brady the opportunity to document the great American crisis, and record for posterity the great men and tragic events of the national conflict. Brady’s determination to photograph the war established him as the one of the first war photographers. The men who worked for Brady became the first embedded photojournalists.
Among other photographers represented in the exhibition is Alexander Gardner. Gardner initially worked for Mathew Brady, before he established a competing concern, but held a completely different artistic perspective from his employer. As opposed to Brady, Gardner believed in the photograph as a factual document. The result was a grittier image.
Working with the Army of the Potomac as a civilian photographer, Gardner happened to be present during the Battle of Antietam. Carrying his heavy equipment over the battlefield in the immediate aftermath of this bloodiest of battles, he captured a series of beautiful and shocking images. Military devastation had been depicted in American illustrated arts during the Revolutionary War, 1812, and Indian Wars, but never before could the public see the reality of death. Gardner’s work was the detailed graphic counter point to Brady’s glorious historical perspective and together their work formed a significant component of our historical vision of the Civil War.
This exhibition is an attempt to use the photographs of these two great 19th century photographic historians and a number of other period photographers to tell the dramatic story of America during this era of turmoil, tragedy, and historical growth. It is interesting to note that Brady, as well as many other great photographers of the time, died ignored, unappreciated, and broke after creating their priceless legacy.
This exhibition is dedicated to the survival of their spirit and the beauty of the Americans they recorded, for our benefit and future generations.
Boo-Hooray is dedicated to the organization, stabilization, and preservation of archives that are representative of 20th and 21st century cultural movements. This process is handled from the initial stages of field excavation in attics, basements, and storage spaces all the way through to the final placement of the inventoried archive in an academic institution.
About Milk Gallery | A contemporary gallery and cultural space specializing in photography hosting exhibitions from iconic photographers including Magnum Photos, Sam Haskins, Bert Stern, and Dennis Stock as well as nurturing emerging talent with the Milk Gallery Underground group shows. Milk stands at the crossroads of the fashion, music, photography and film worlds. A media company based out of New York and Los Angeles, Milk spans contemporary culture and is a hub for nurturing and supporting partnerships with some of the industry’s most visionary talent and innovative brands.
A. 450 W 15th St, New York, NY 10011 T. (212) 645-2797 H. Weekdays 10AM – 6PM and Weekends 11AM – 7PM W. www.themilkgallery.com