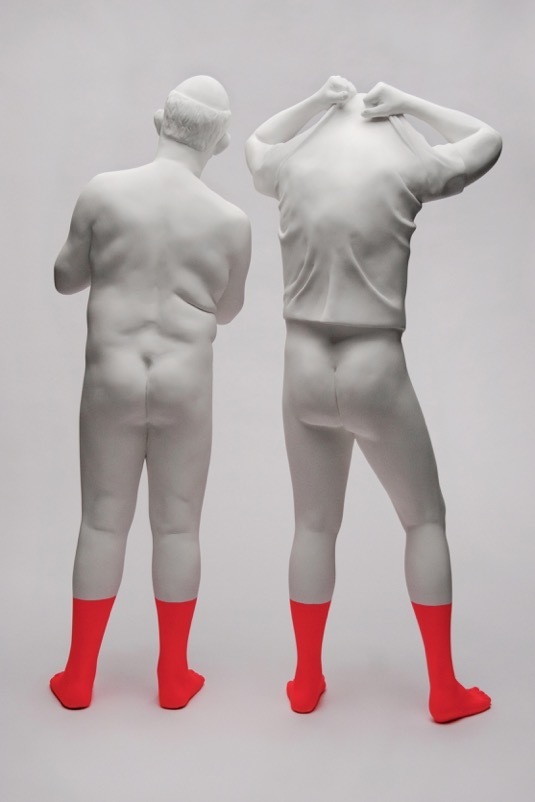 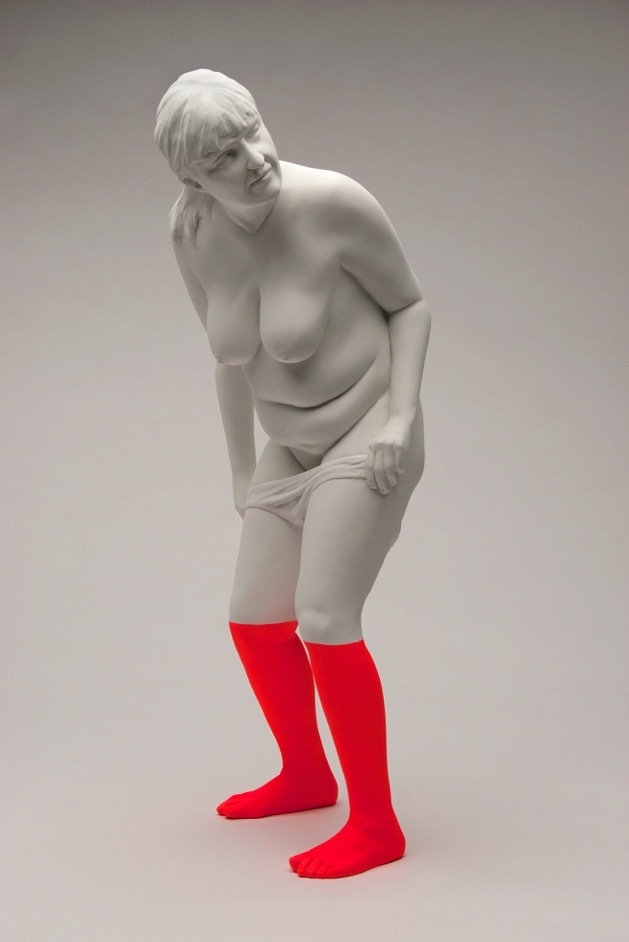 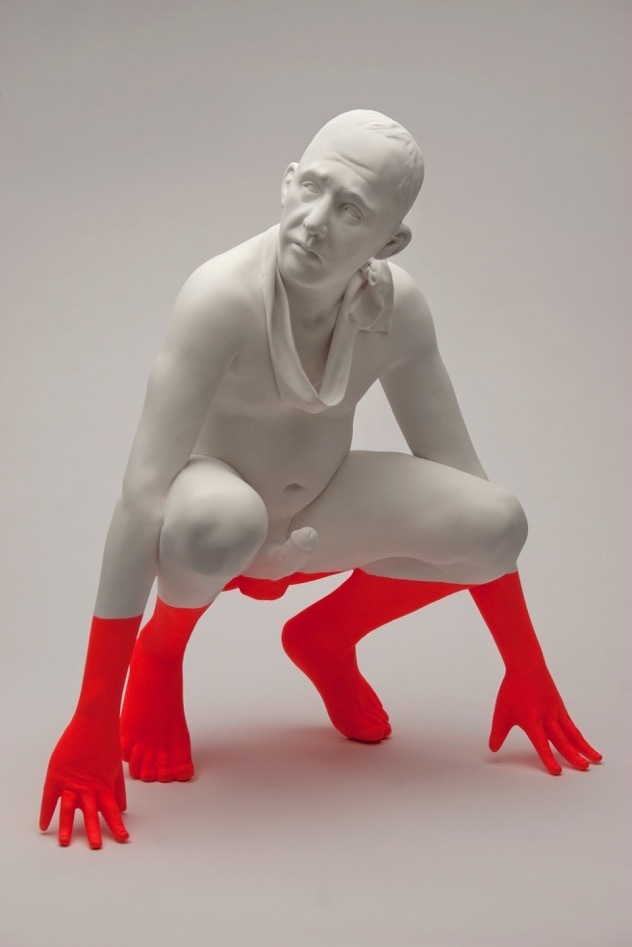 MIAMI, FL—Mindy Solomon Gallery is proud to exhibit the first Miami solo show of the work of artist Christina West. Intimate Strangers opens May 29th—July 3rd, 2015. An opening reception with the artist will take place Friday, May 29th, from 6—9pm.

Intimate Strangers is an installation of Christina A. West’s boldly colored figurative sculptures, which aim to highlight a sense of isolation within society. Using scale shifts as a metaphor for psychological distance, the figures range from larger-than-life to half-size. Rendered mid-gesture in acts of either dressing or disrobing, figures gaze toward others without connection. West’s stylized yet realistically sculpted bodies nod to the classical nude, while asserting a vulnerability and lack of idealization that firmly place the work in a contemporary context.

In a recent interview with Garth Clark on CFILE, West states in regards to her work:

“The strongest influence is life itself. I think the core of my work grows from the difficulty I have in social interactions. For a long time—until I started teaching—social situations caused me a lot of anxiety, to the point that in high school I never spoke in class unless called on, and even through college, conversations that would be considered casual made me extremely uncomfortable.

"I had a hard time reading people’s body language and facial expressions as they responded to me, which made me hypersensitive to how I was being perceived. I loved watching people from afar and trying to understand them, but because that fascination was tinged with tension, it was great fuel for art making. Since teaching, I have become much more comfortable socially, but that anxiety still is always lurking in the background.”

West employs a clinical detachment in the representation of the human form—a kind of frustrated silence that lacks the power to break the barrier between human beings. Her installation conveys the sense of loneliness that one can feel in being surrounded by others, while also suggesting an atmosphere of unrealized sexual tension. Variation in proportion and limited color palette will complete the provocative display of figurative elements.

"I use a variety of methods to create these pieces, from hand-sculpting porcelain (often building a solid form and then hollowing it out), to slip casting and assembling multiples. I see each piece as a captured and preserved specimen, a painstaking record of endangered natural forms and a commentary on our own culpability."

MacDowell explains: "Again and again, we look into the alien and find our own reflection—whether in the martial behavior of ants or in dreams of flight. We rely on the sacrifice of primates in laboratories to ensure the health and survival of our own offspring at the same time we look to our origins—our most primal selves—in their behavior and familial bonds. The use of fur and hide in fashion links to our earliest attempts to psychologically clothe ourselves in order to experience other states of being.

"We may also choose to look toward our own destiny as we track early casualties of our transformation of the environment—from the spread of invasive species such as pine-bark beetles to historical extinction events such as the destruction of the passenger pigeon. In each case, our desire or longing for a psychological union between man and nature is complicated by friction and the discomforting feeling that we, too, are vulnerable to being victimized by our destructive practices."