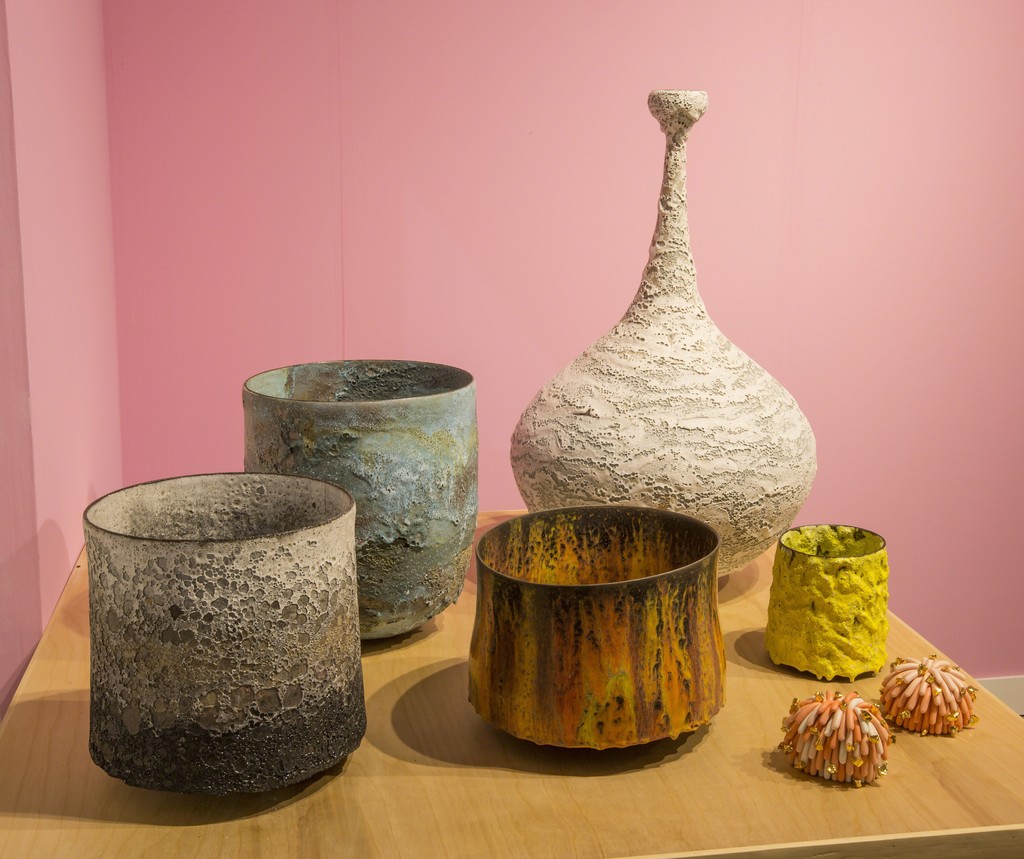 Glenn Barkley is an artist, writer, curator and gardener based in Sydney and Berry NSW, Australia. His work operates in the space between these concerns, drawing upon ceramics deep history, popular song, the garden, conversations about art and the Internet. Barkley’s work reflects playfulness and a sense of nostalgia. The pastel palette, tubular forms and childlike articulation belie a sophistication and artistry that embraces kitsch and contemporary in the same sentence.

Jay Kvapil has been engaged as an artist for many years. Initially educated in literature, he found his true voice in clay. He studied in Japan and achieved the rank of journeyman potter, before completing his graduate training in Ceramics and Plastic arts at San Jose State University. Kvapil’s rich, volcanic, textural surfaces evoke a sense of topography and nature. His forms are equal parts mid-century modern, classical, and traditional Japanese- an intoxicating visual combination.

Linda Lopez has been a powerful presence on the contemporary sculptural ceramics scene for a number of years. Despite her young age and recent journey into motherhood, her delightful, animate works continue to excite and invigorate the imaginations of her admirers. Lopez creates a narrative between the vaguely familiar and the pendulous appendages of abstract objects. Rich palettes of fully saturated colour, combined with gold lustre and marbled chunks invite conversation between her hand rendered forms.