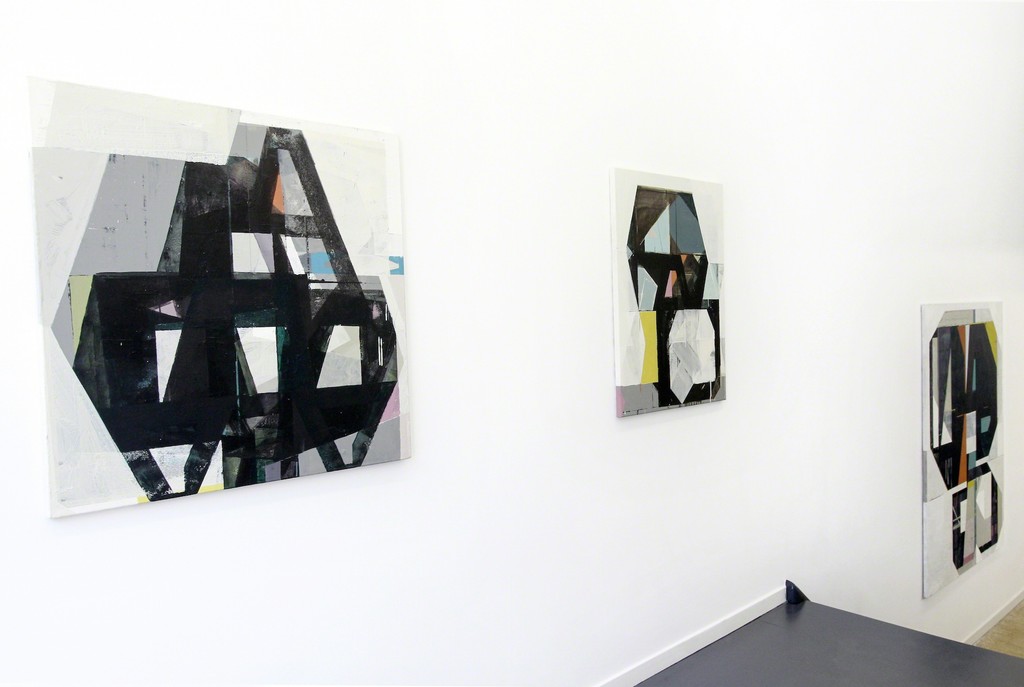 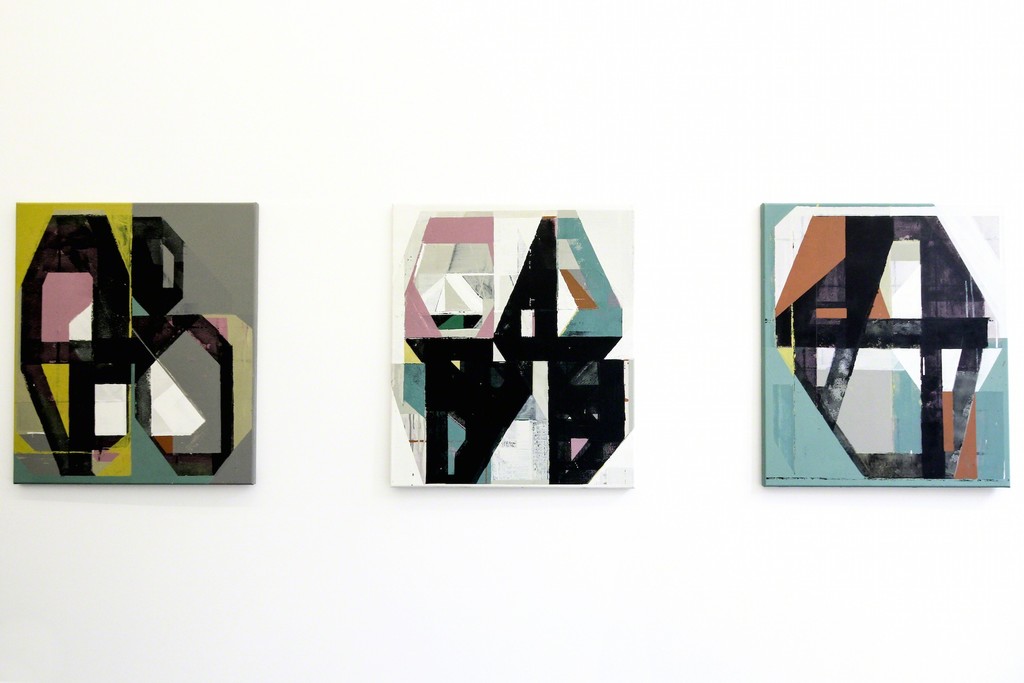 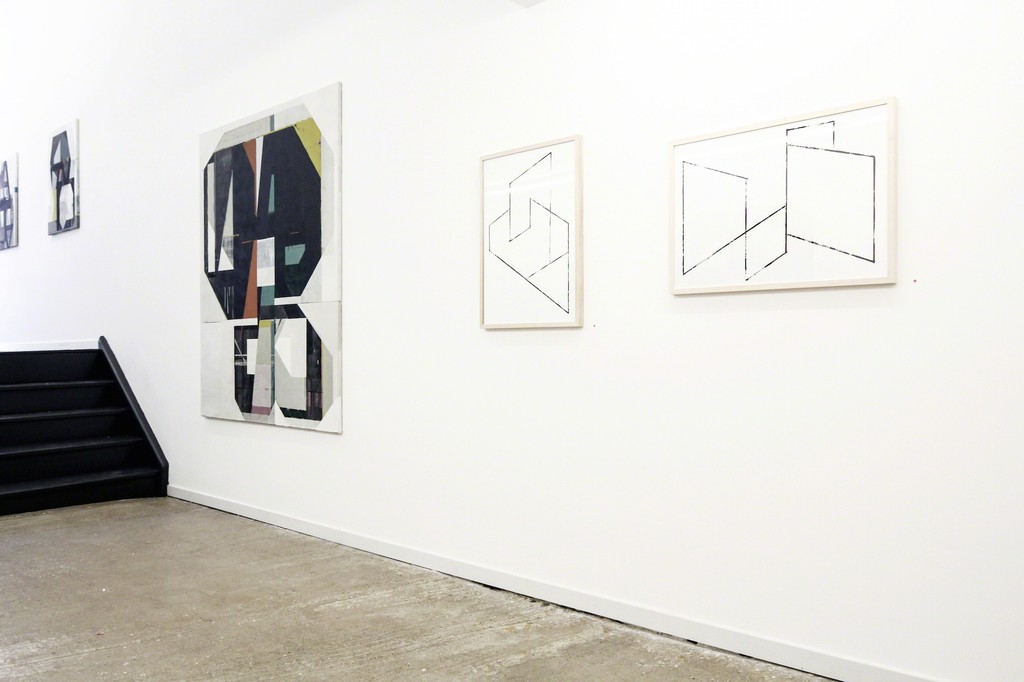 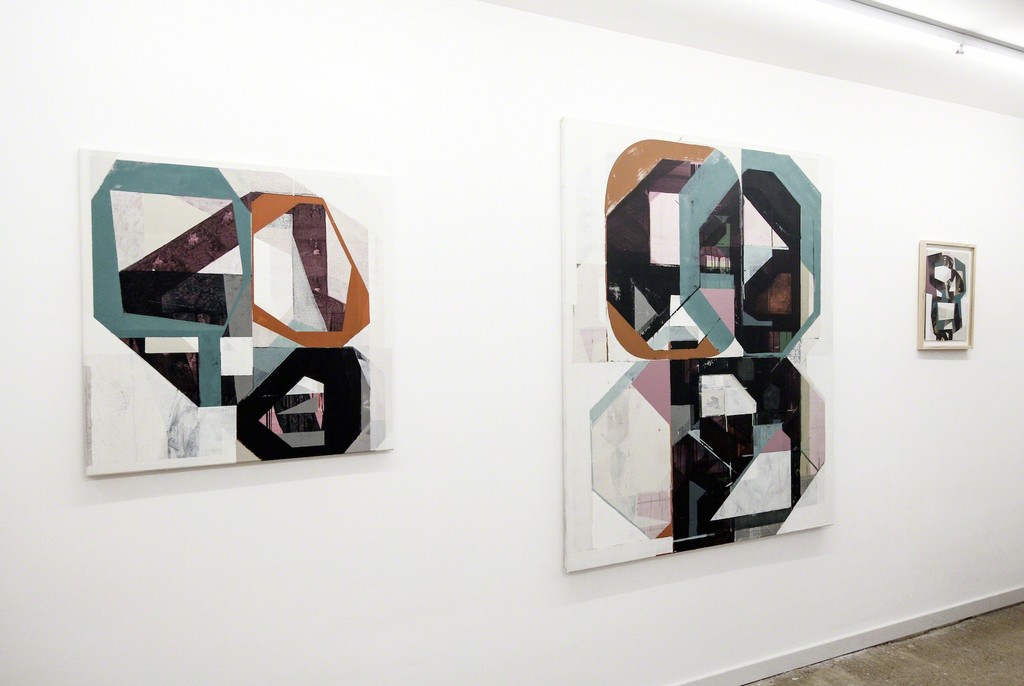 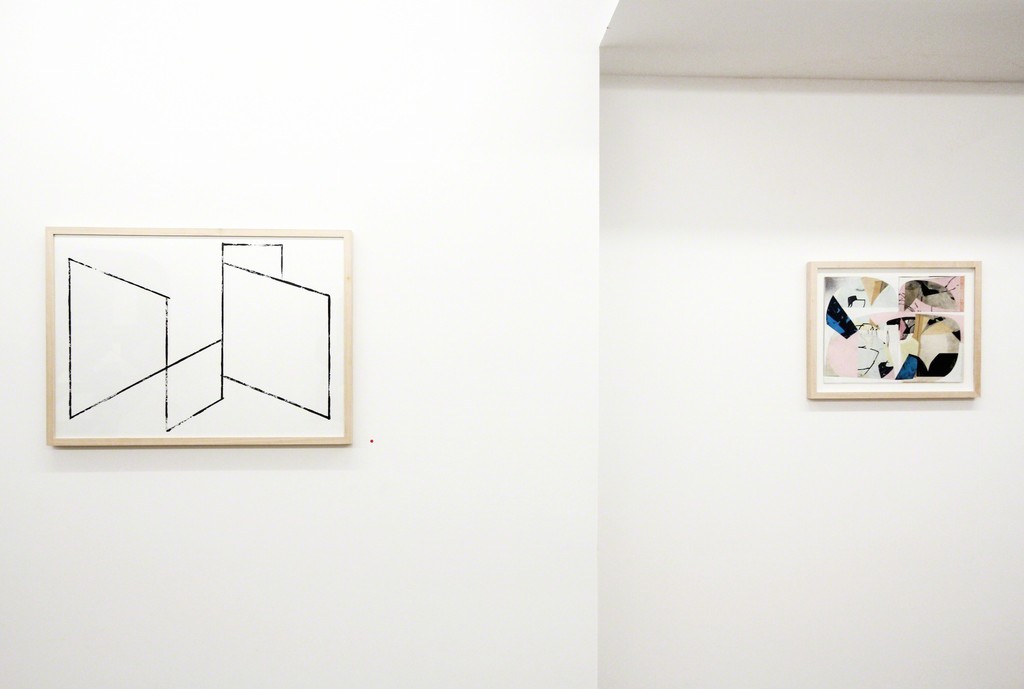 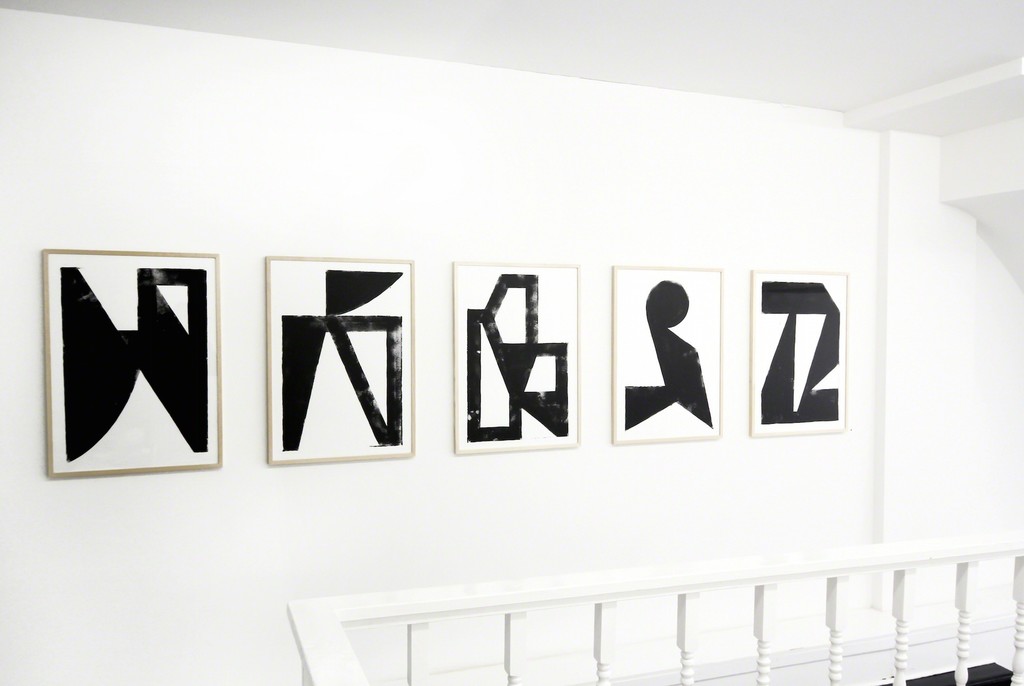 Genius Loci refers to a location’s distinctive atmosphere or the spirit of a certain place. Comparable to the Norwegian architect Christian Norberg- Schulz (1926-2000), who developed the term in architectural theory, Jeroen Erosie became inspired by the hidden visual patterns in the built environment, in particular the ornaments of post-war architecture which he encountered on his numerous cycle tours and city trips.

For his second solo exhibition at the Mini Galerie Jeroen developed a new body of work consisting of monumental paintings, collages and drawings. His recent fascination for the patterns and constructive ornaments of post-war architecture resulted in a series characterized by straight lines and rectangular corners, in contrast to earlier more spontaneous, curvy work. The evolution in his work reflects Jeroen’s current mindset and interest in solid structures.