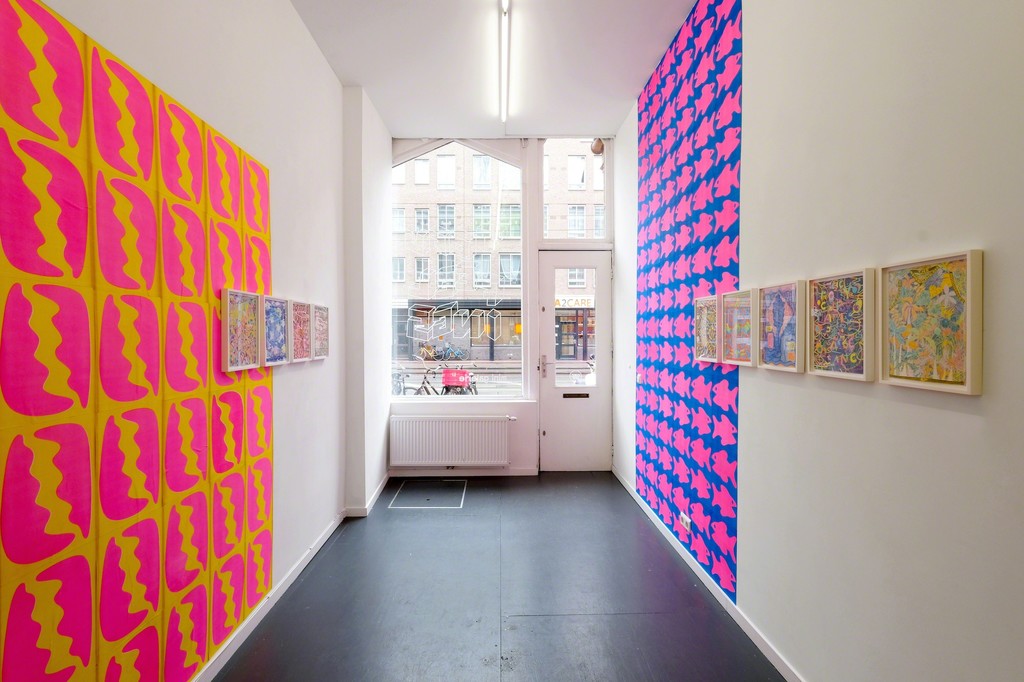 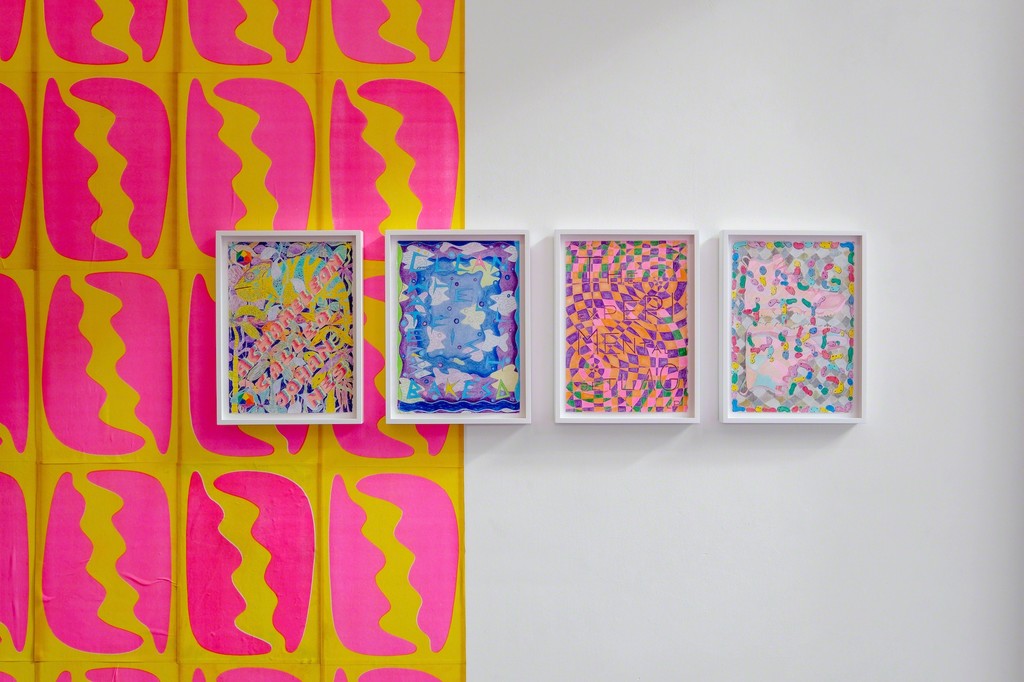 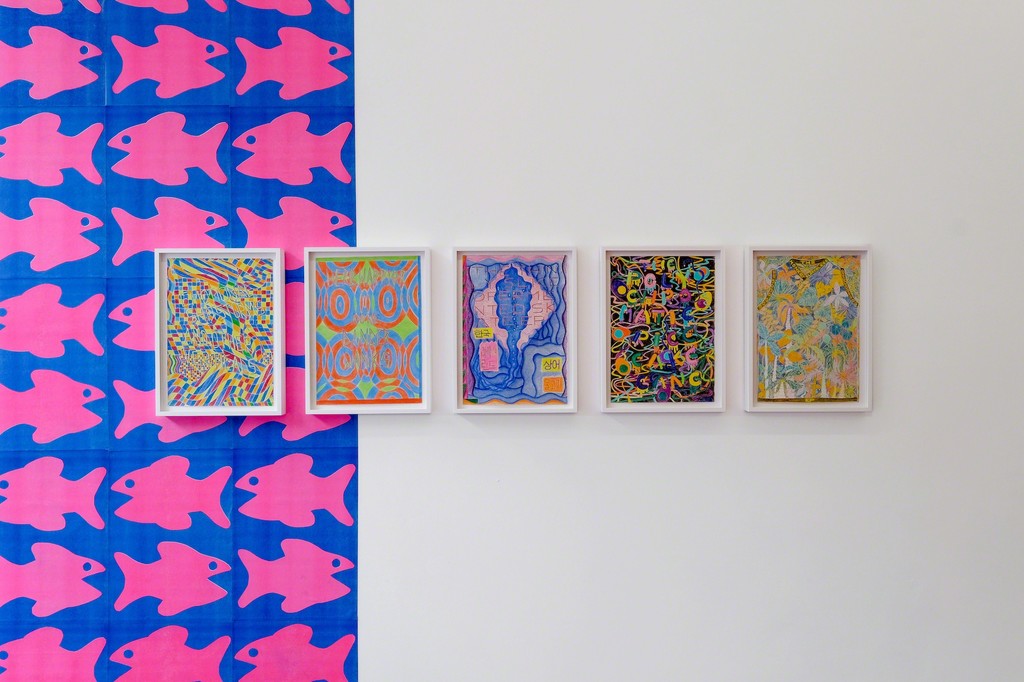 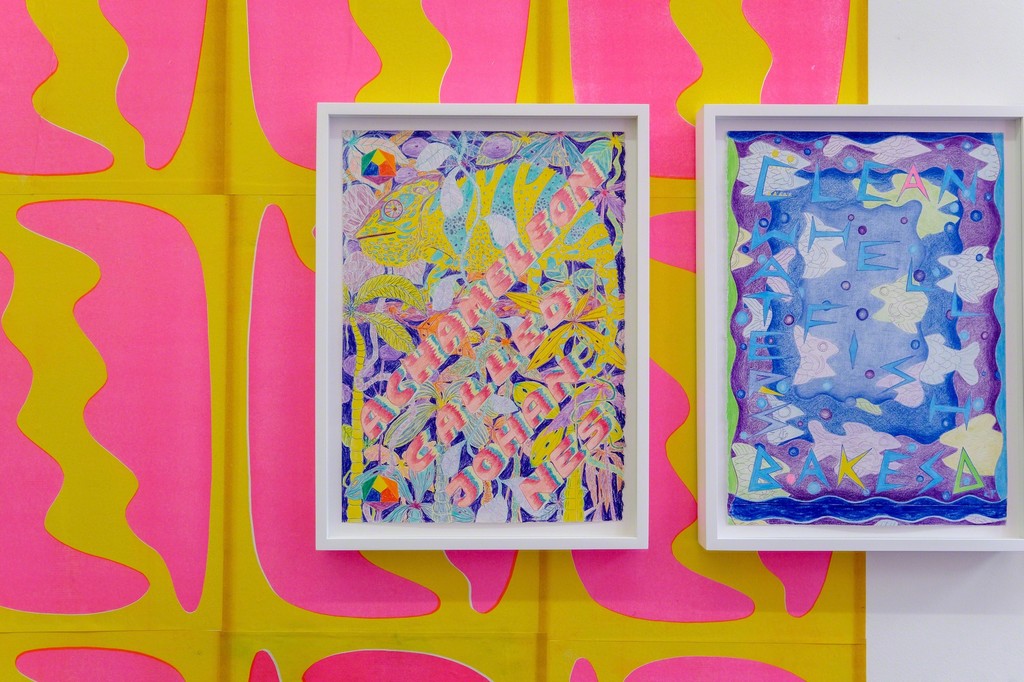 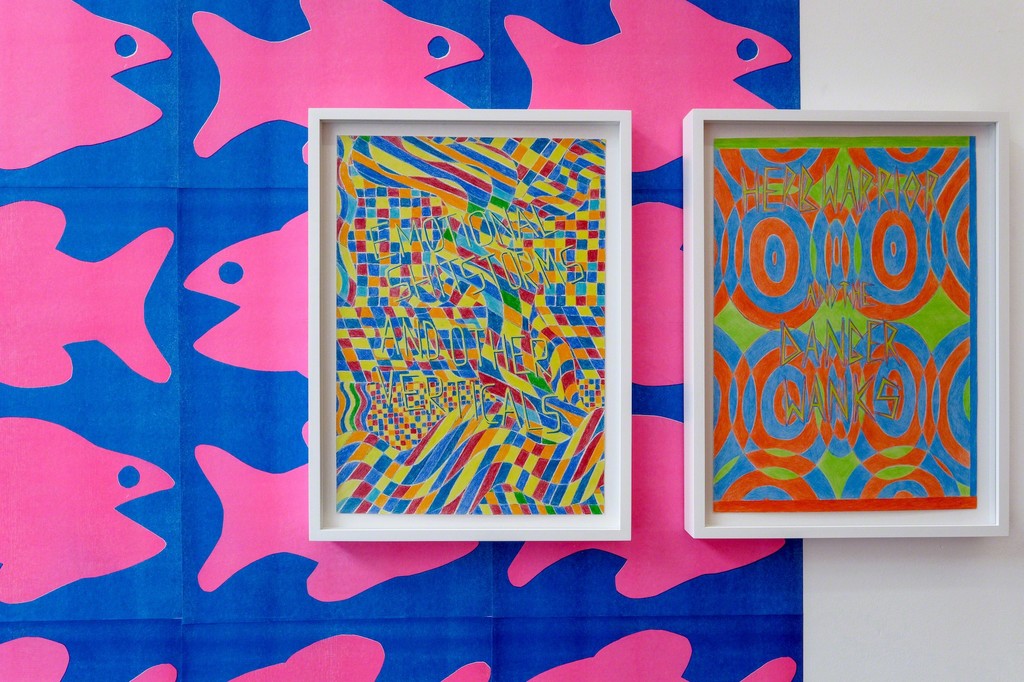 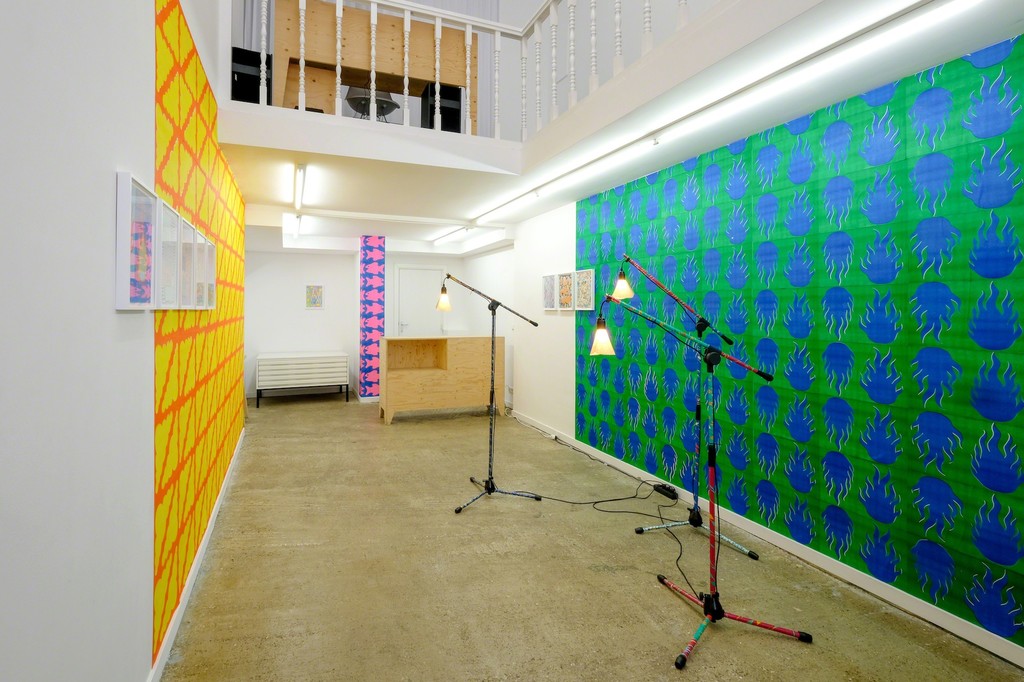 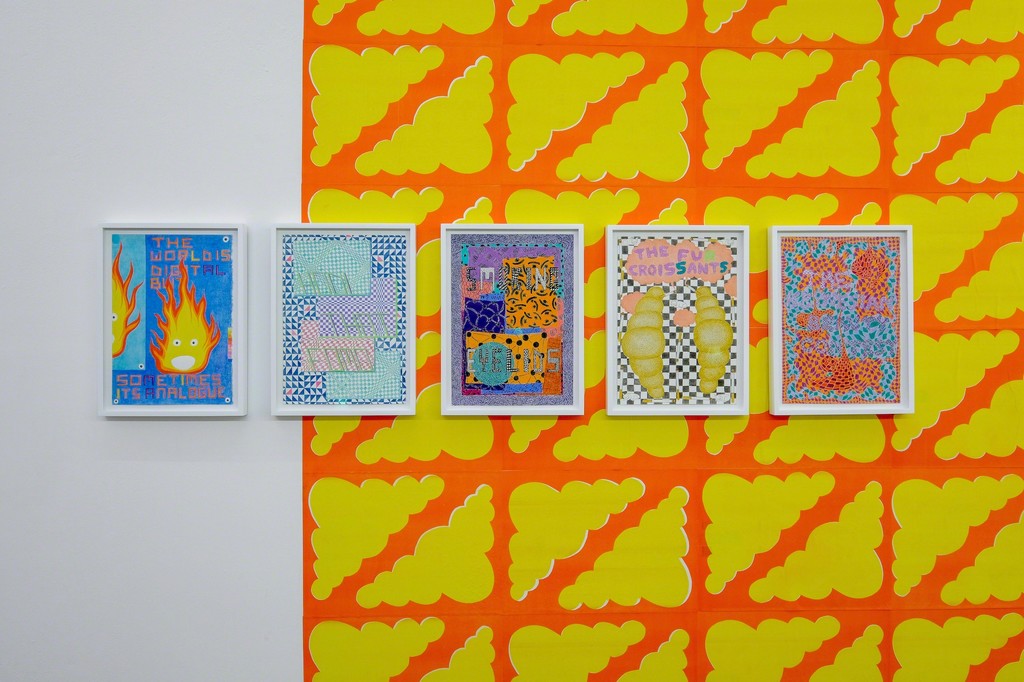 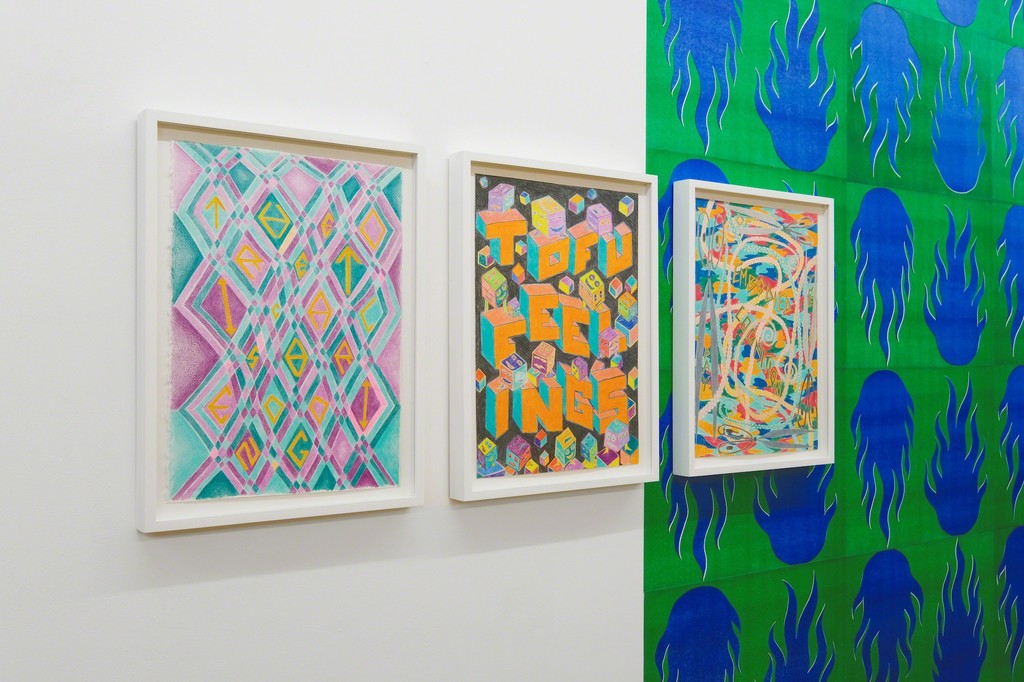 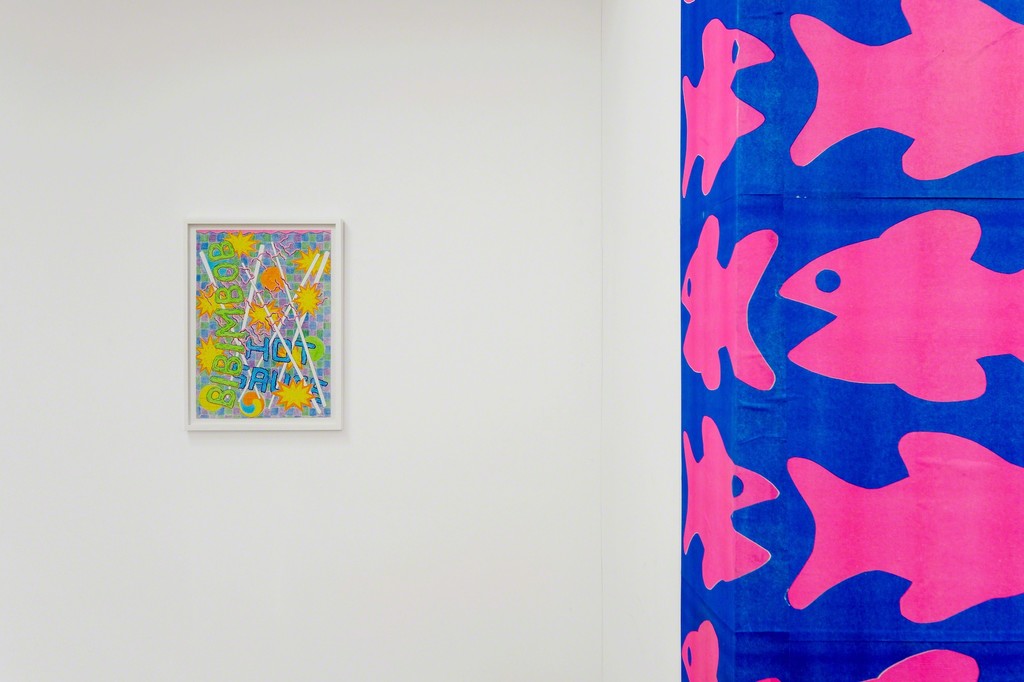 Koen Taselaar’s Imaginary Band drawings derive from his long fascination with and the almost mythical power of bandnames like The Talking Heads or Jonathan Richman and the Modern Lovers to name a few. In his drawings Taselaar creates stories purely through images and words, in a way creating songs without actual music coming to pass. The result is a series of bandposters featuring made-up groups such as A Chameleon Named Johannes, The Polychromatic Ricecake Gang, and Tofu Feelings.

The work of Koen Taselaar (Rotterdam, 1986) is a unique universe in which only he determines the rules. He makes skilful drawings, but also clumsy ceramics and abstract silkscreen prints. Taselaar’s visual language emerged from the grey area in which text is not only meaning but also form. He expresses this in drawn puns, imaginary record sleeves or large psychedelic paintings. Since his graduation from the Willem de Kooning Academy in 2008, Koen Taselaar has been nominated for the Volkskrant Beeldende Kunstprijs, had a solo exhibition at Boijmans van Beuningen Museum in his native city of Rotterdam, and, most recently, been awarded a residency at the National Museum for Modern and Contemporary Art in Seoul.