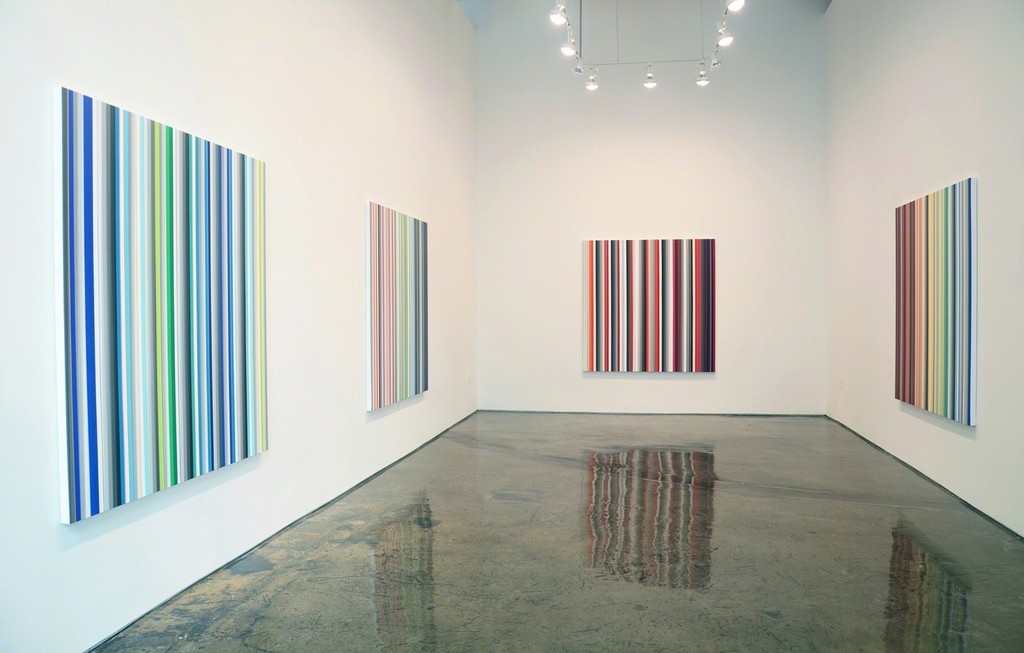 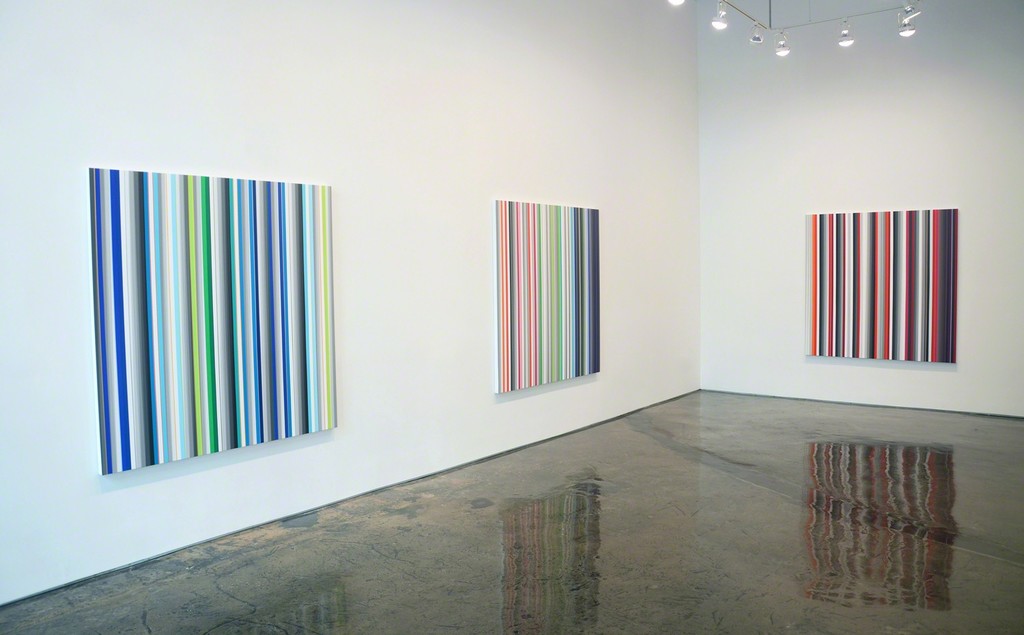 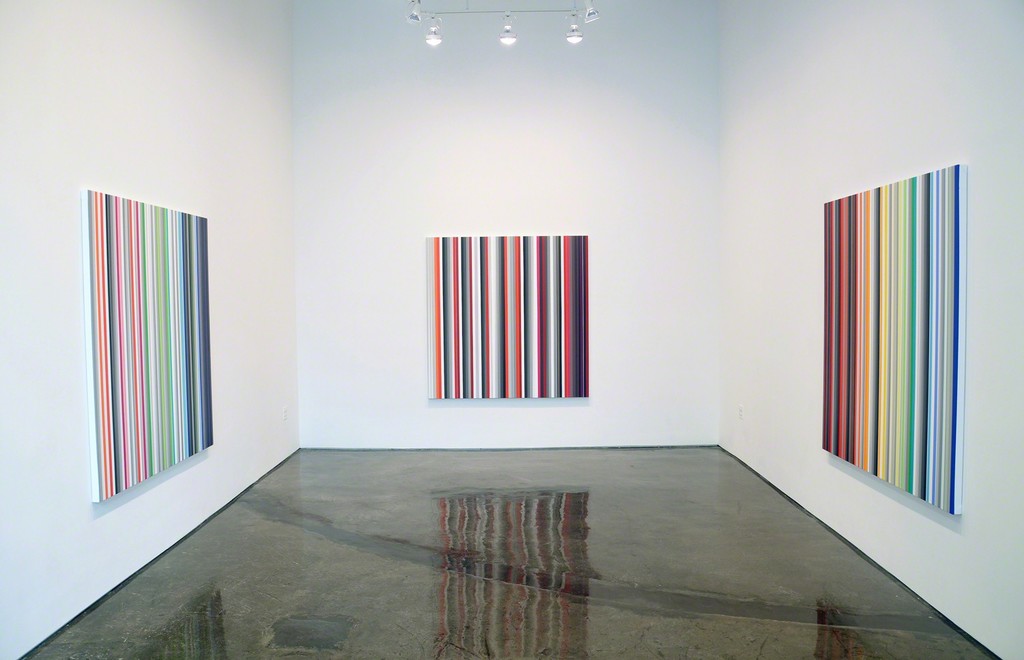 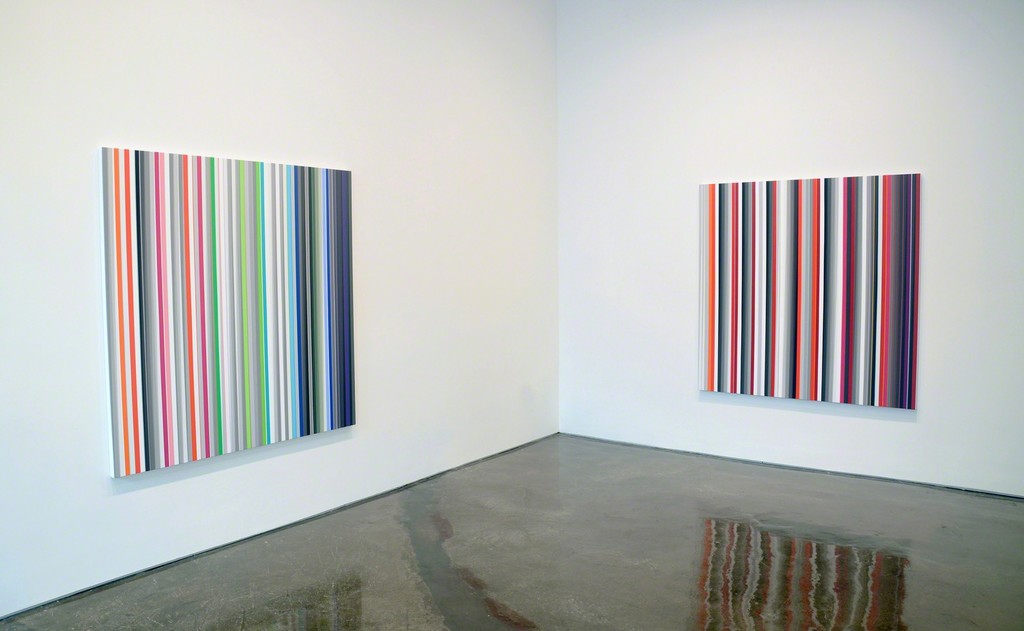 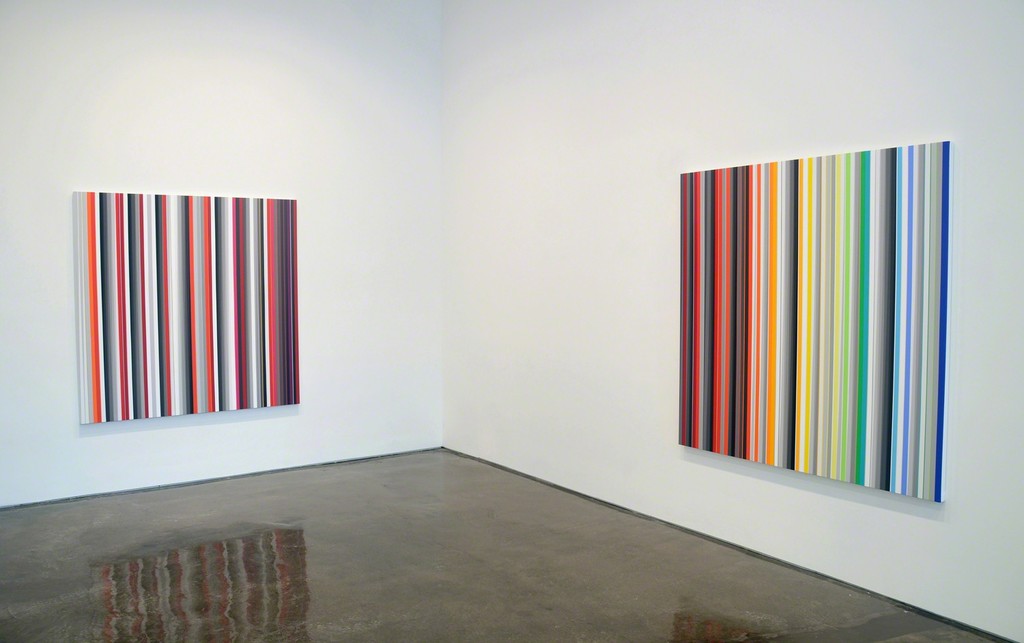 MINUS SPACE is delighted to launch its thirteenth year with the solo exhibition Gabriele Evertz: The Gray Question. This is the Brooklyn-based artist’s second solo exhibition with the gallery and it will feature a suite of new large-format paintings investigating the color gray.

For more than two decades, Gabriele Evertz has examined the “pioneering problem of color” and its transformative effect on the viewer. For the first time, Evertz applies color in spontaneously conceived sequences, freeing it from the rigorous, repeating patterns that dominated her earlier work. Her new paintings are no longer predetermined, but rather made in real time at the very moment of painting.

Gray is the leading protagonist in Evertz’s new body of work, which she commonly employs in up to eight or more distinct values within a single painting. This continues a decade-long, systematic investigation of gray, which she feels has been historically overlooked in color painting. Evertz remains one of the only color painters to examine gray’s full potential vis-à-vis other chromatic hues. “Labeling gray as neutral is inadequate to describe its unique characteristics,” Evertz asserts, “we need to refresh our eyes to it.”

Evertz’s new paintings foreground the discovery that gray both affects and is affected by the colors adjacent to it. She has also determined that gray’s behavior is less predictable than that of chromatic hues, such as the color blue, which recedes into the picture plane or red that extends out in front of it. In addition to gray, Evertz’s new paintings continue to employ and expand upon her singular, core color system of twelve highly-saturated hues. However, her palette has recently grown to include a wide range of chromatic tones and metallic pigments, such as gold, silver, and copper.

Structurally, Evertz’s paintings interweave perfectly plumb, vertical stripes with lines that taper as they reach the top and bottom edges of the canvas. On smaller works, the tapered stripes resemble attenuated triangles. On larger paintings, the diagonals are all but impossible to perceive. The resulting paintings present a barrage of visual information that moves color and form in and out of sequence and symmetry causing the eye to move through undulating, pulsating spaces. Although seemingly regular in appearance, the works are actually asymmetrical. The top, center, and bottom sections of any given painting are similar, but are not the same. Similarly, the center, left, and right sides are different as well. Evertz presents the viewer with a color experience that is neither rigorously patterned nor chaotically disordered, but rather it occupies a third space between predictability and intuition that reveals the unexpected. Color and line suddenly appear immaterial, filling the viewer with an inexplicable sense of aliveness.

In addition to her painting practice, Evertz is a Professor of Art, Painting in Hunter College’s Department of Art & Art History, NYC. She is a key protagonist in the renowned Hunter Color School, alongside other color painters, including Vincent Longo, Doug Ohlson, Robert Swain, and Sanford Wurmfeld. Over the past ten years, Evertz has also curated several critically-acclaimed artist retrospectives and surveys of abstract painting at Hunter College, including Visual Sensations: Robert Swain Paintings, 1967-2010; Presentational Painting III; Seeing Red: An International Exhibition of Nonobjective Painting (co-curated with Michael Fehr); Set in Steel: The Sculpture of Antoni Milkowski; and Mac Wells: Light into Being (co-curated with Robert Swain).

ABOUT MINUS SPACE
Opened in 2003, MINUS SPACE specializes in contemporary reductive abstract art, and represents pioneering emerging and established artists and estates from the United States, Europe, South America, and Australasia.