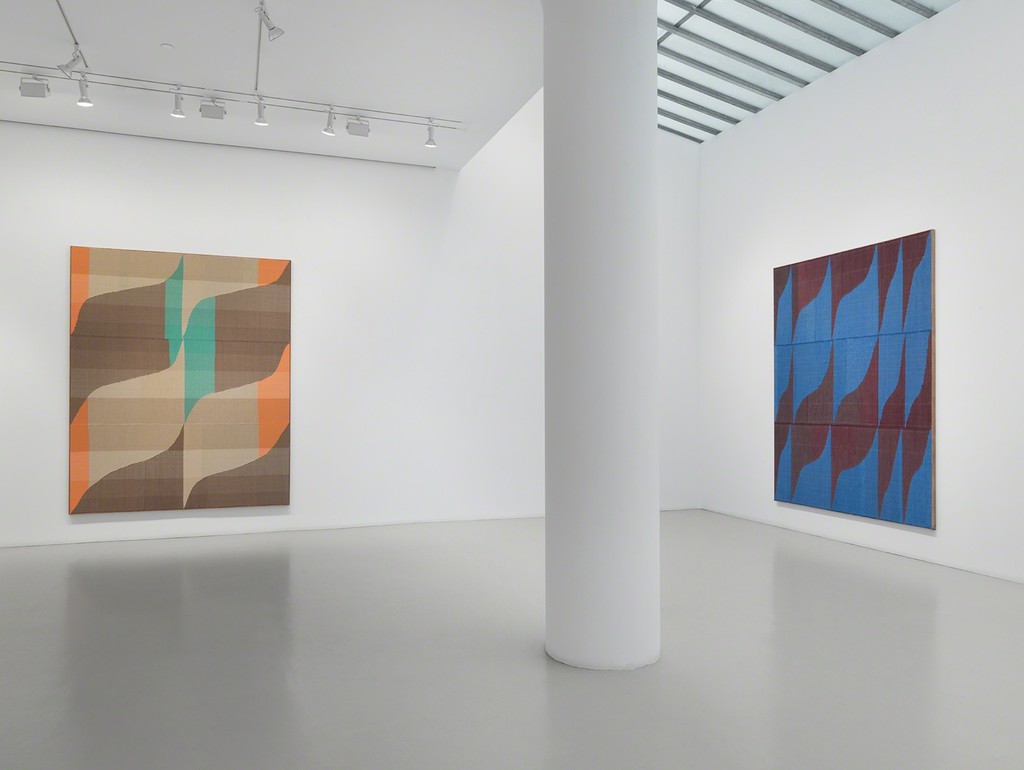 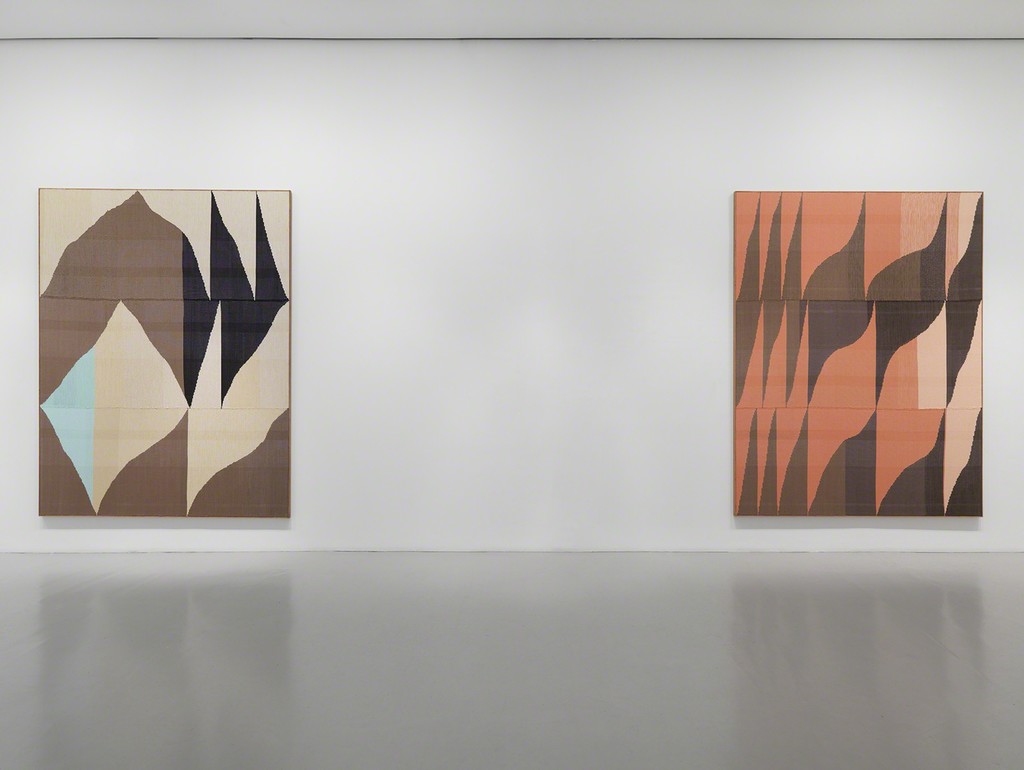 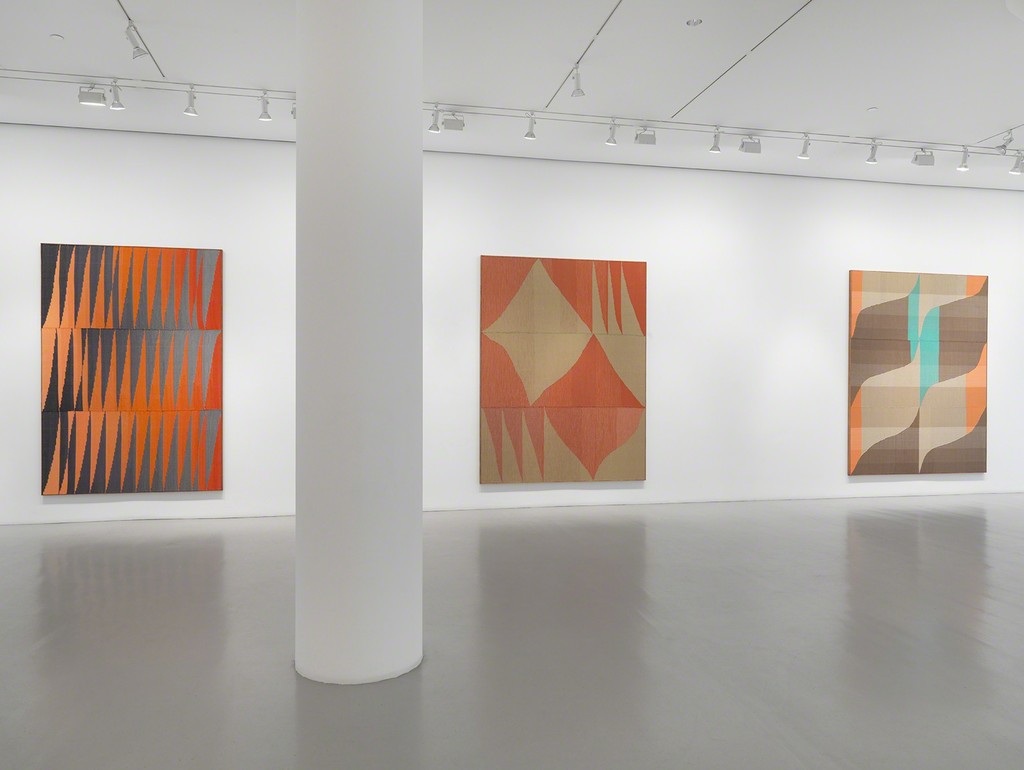 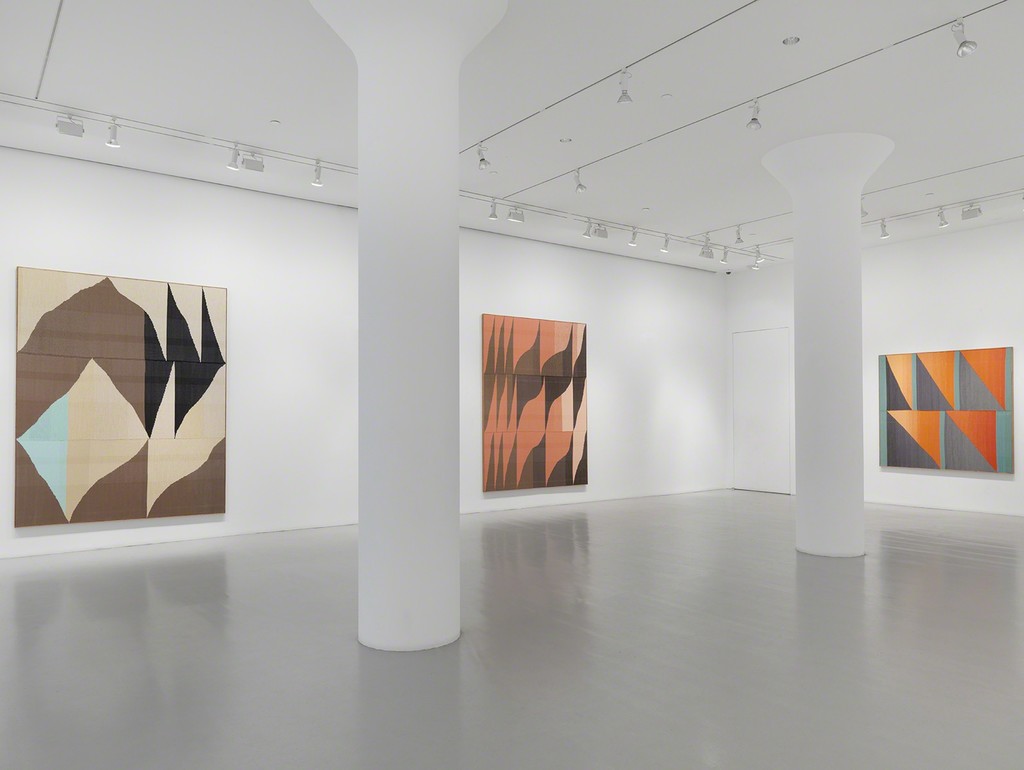 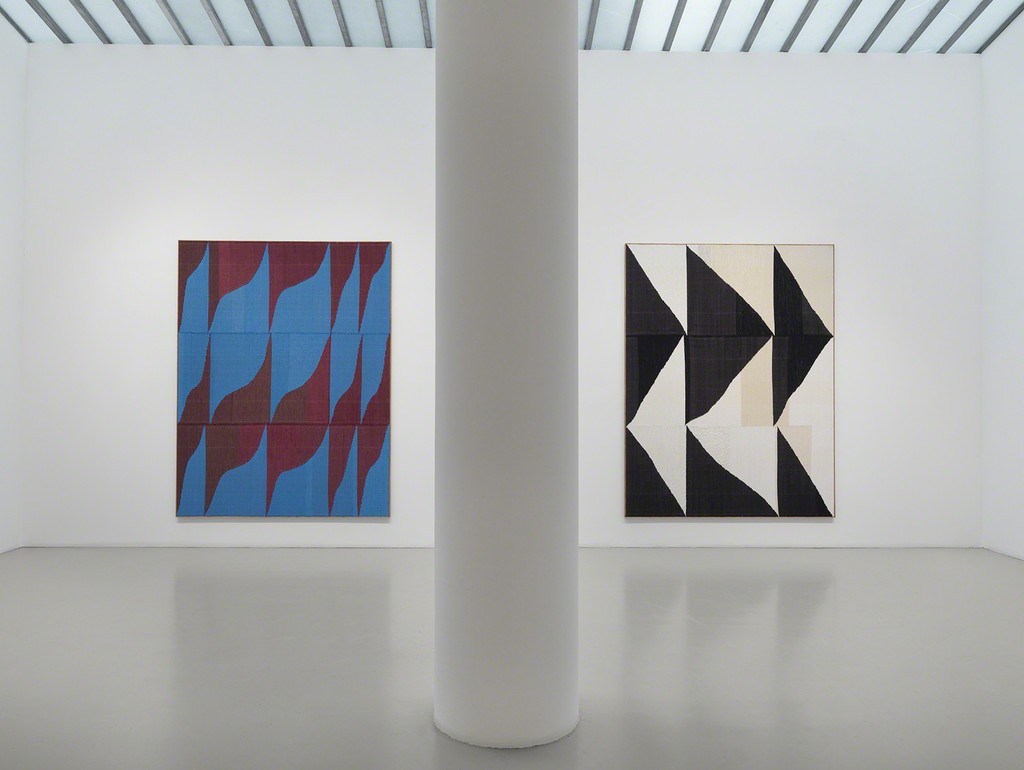 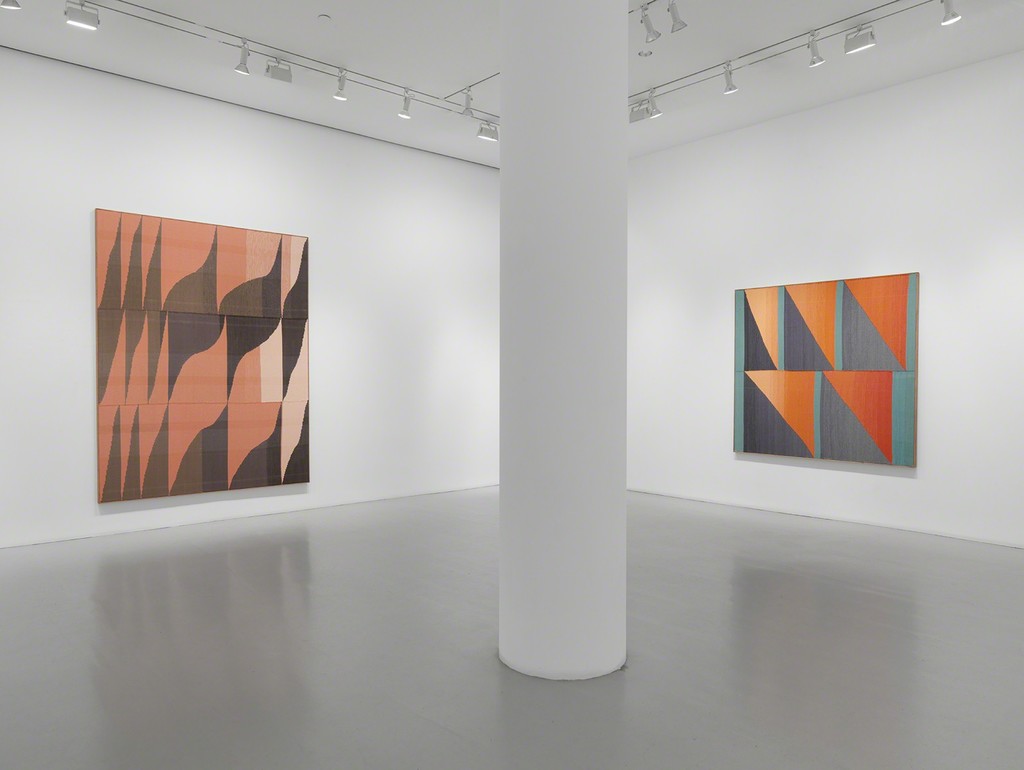 NEW YORK, NY, March 26, 2015 - Mitchell-Innes & Nash is delighted to announce a solo exhibition of 8 new woven paintings by Canadian-born artist, Brent Wadden. This will be the first exhibition with the artist since he joined the gallery in 2014 and his first major solo exhibition in New York City. The exhibition will be on view from April 23 to May 30, 2015. Please join us for an opening reception in the gallery on Thursday, April 23 from 6 to 8 pm.

Known for his woven paintings—made of handwoven fibers, wool, cotton, and acrylic on canvas—Wadden’s work often disrupts traditional divisions between folk art and fine art. His abstract works complicate the painterly notion of surface, while reconsidering the concept of the handmade. In a labor-intensive process, Wadden works on a floor loom, weaving yarn and wool into geometric, abstract designs. He then stitches together these woven panels mounts the finished work on raw canvas to create visually jagged, geometric constructions.

Conscious of the tone, density, and tension of his materials and practice, the artist’s focus on form seeks to reinterpret traditional gender roles in art-making and craftsmanship. Wadden’s paintings reference both a structural life and planar presence, which further seek to rework ideas of space and mark-making.

Join the conversation on Instagram and Twitter by mentioning @miandn and using the #BrentWadden hashtag when posting. Image Credit: BRENT WADDEN, detail, 2015. Courtesy of the artist and Mitchell-Innes & Nash, NY.