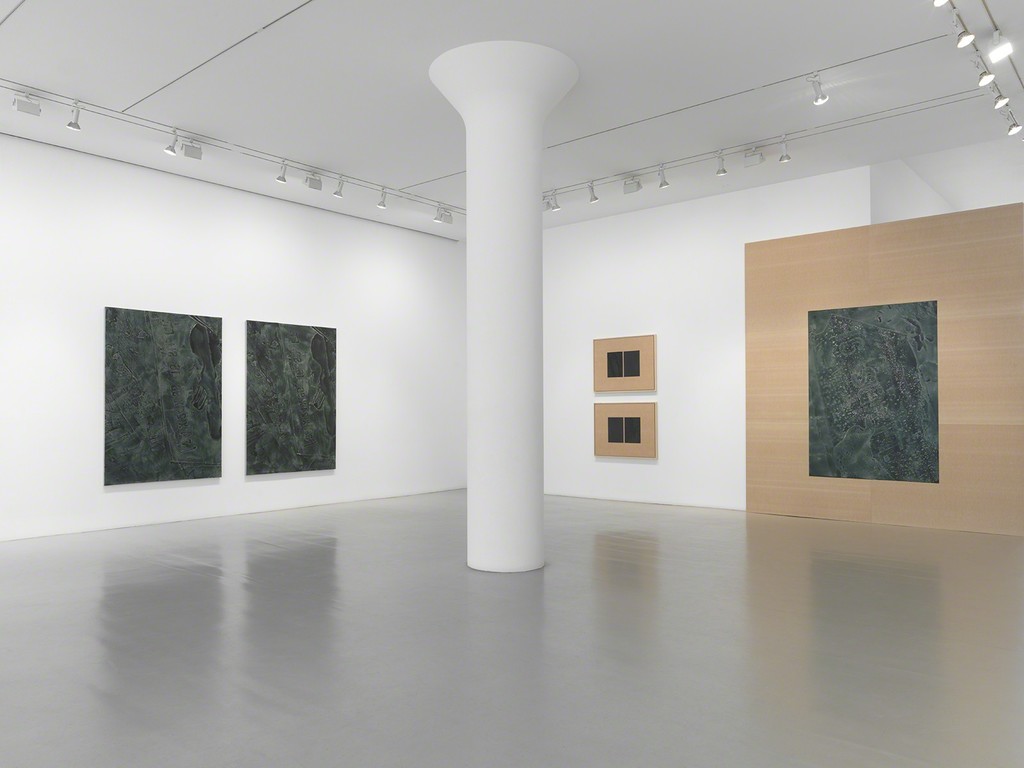 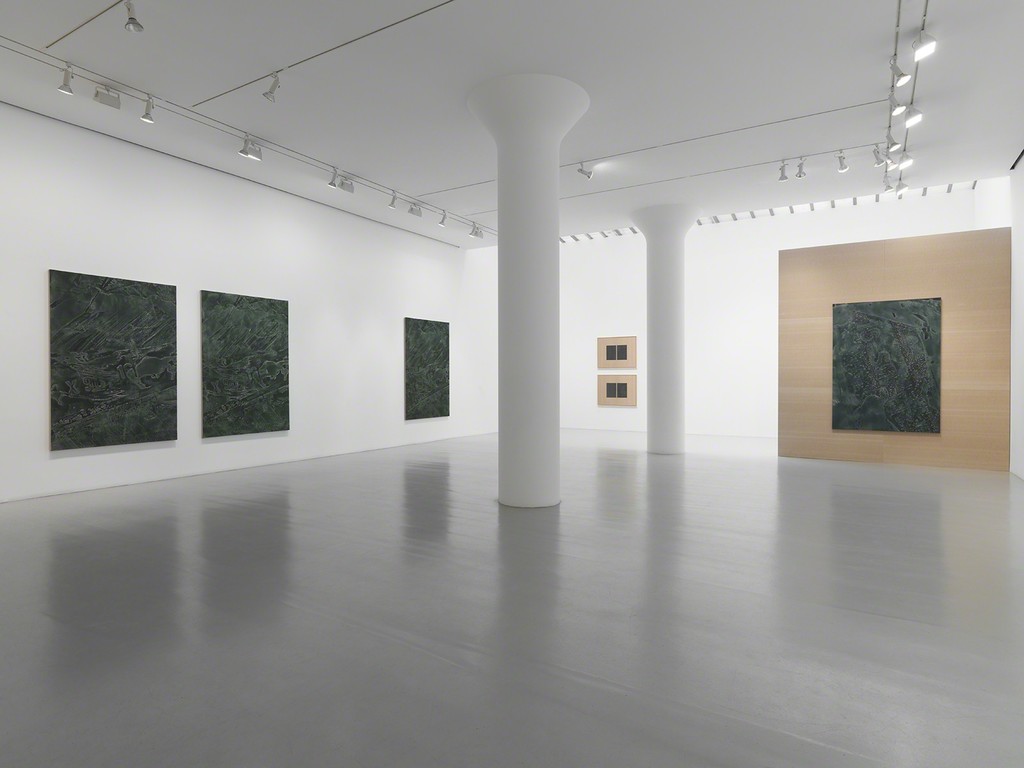 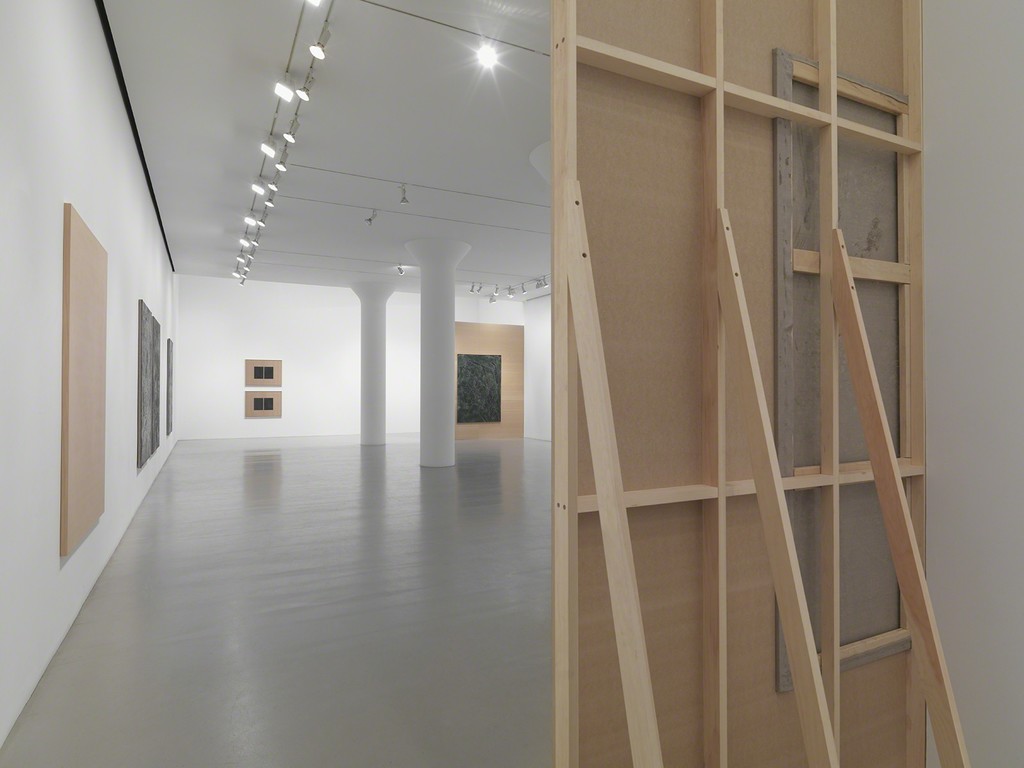 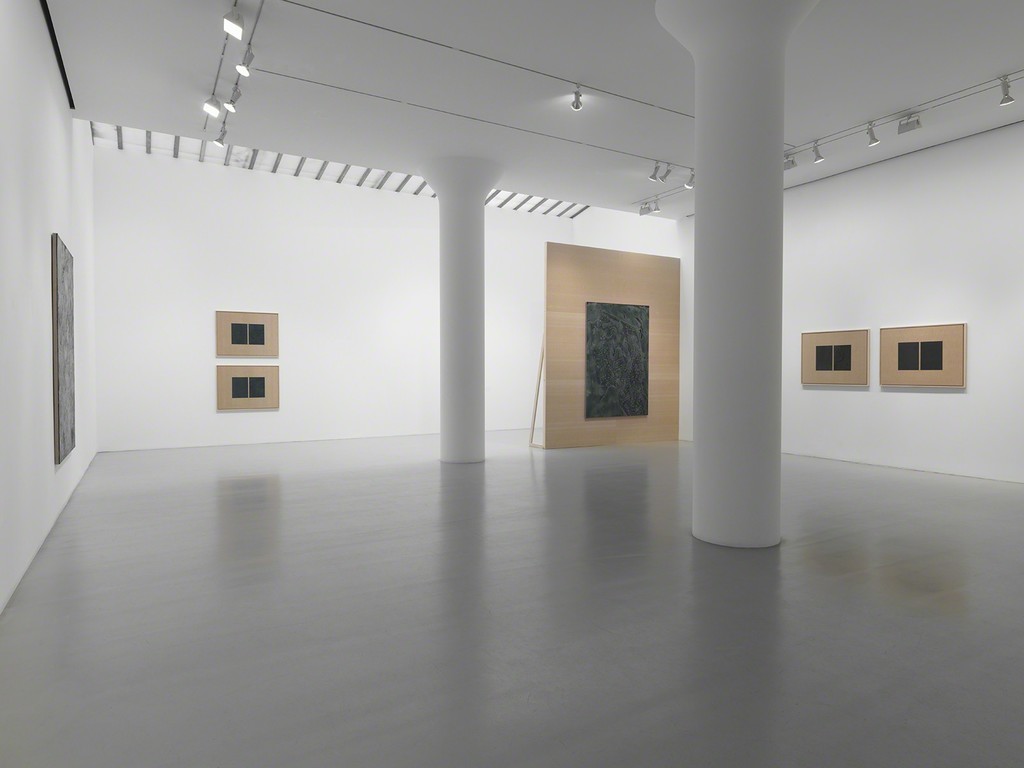 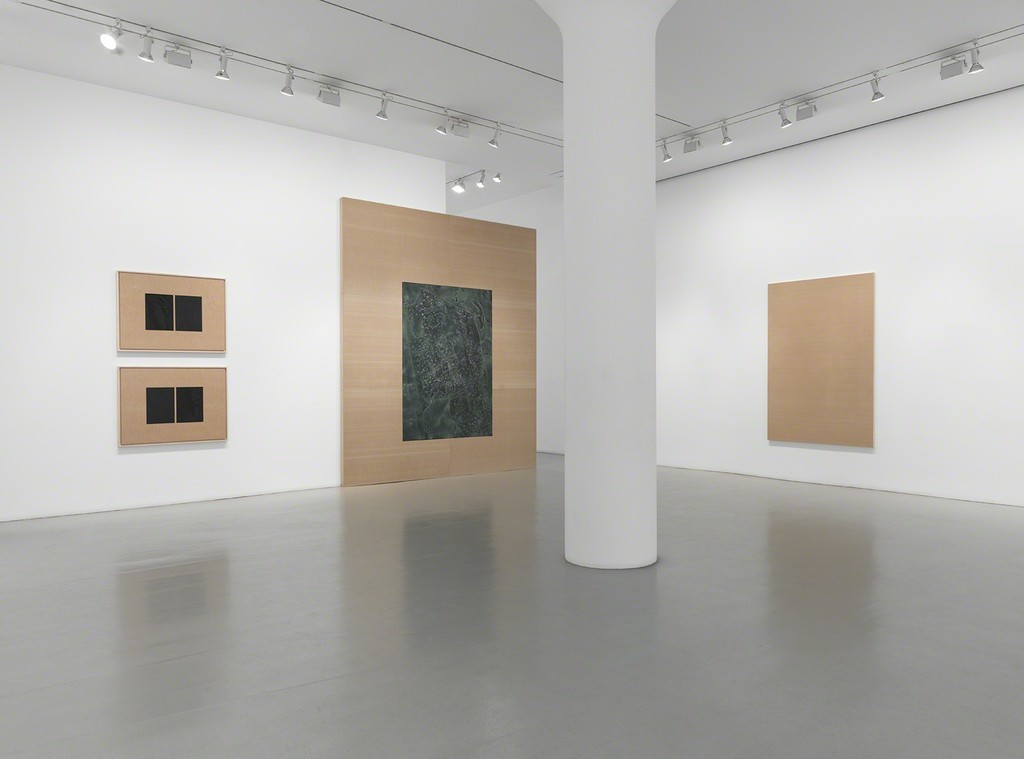 Mitchell-Innes & Nash is pleased to present our first solo exhibition of Daniel Lefcourt. Modeler will include new paintings and graphite panels within a modified exhibition framework.

The exhibition title Modeler evokes someone – or something – making a scale model construction. It is this emphasis on making that captures Lefcourt’s interest: a fixation on material process in relation to simulation.

This dynamic between making and simulating is played out at every level of the exhibition. Unpainted false walls, of a type used in theatre production, imply that the exhibition itself is a type of model. Fiberboard panels entitled Drawing Boards have been machined using a computer controlled wood-router, and delicately finished by hand with graphite.

This layering of simulated and physical procedures is performed most elaborately in the paintings. Even the very act of painting is modeled – enacted at a micro scale on a platform in the artist’s studio. Fleeting material transformations – often on a scale invisible even to the artist – are captured using a macro lens on a digital camera. Later, these transitory moments are recreated in large pictorial-relief using a combination of digital 3D modeling, computer controlled machining, sculptural casting, and finally adhering a cast film of paint onto the surface of a canvas. While the production of the work is technologically mediated, the artist is keenly attentive to the vagaries of materials – allowing for chance occurrences in each stage of the process to function as generative elements of each individual work. The final result is a body of work that is simultaneously luminous and concrete, immediate and distant, uncannily simulated and corporeally present.

Daniel Lefcourt was born in New York and lives and works in Brooklyn. He received his MFA from Columbia University and is a member of the faculty of the Rhode Island School of Design. Lefcourt has exhibited in museums and galleries worldwide, including solo exhibitions at Taxter & Spengemann in New York, Campoli Presti in Paris, Sutton Lane in London, and at White Flag Projects in St. Louis. His work has been included in numerous group exhibitions including First Among Equals at ICA Philadelphia; Knight’s Move at Sculpture Center in Long Island City, New York; Reel to Real: Photographs from the Traina Collection at the de Young Museum in San Francisco; and Greater New York at MoMA P.S.1 Contemporary Art Center, Long Island City, NY. His upcoming artists web project commissioned by Dia Art Foundation will launch in October 2013, and will be available as a working preview at diaart.org/lefcourt from June 1-29, 2013.