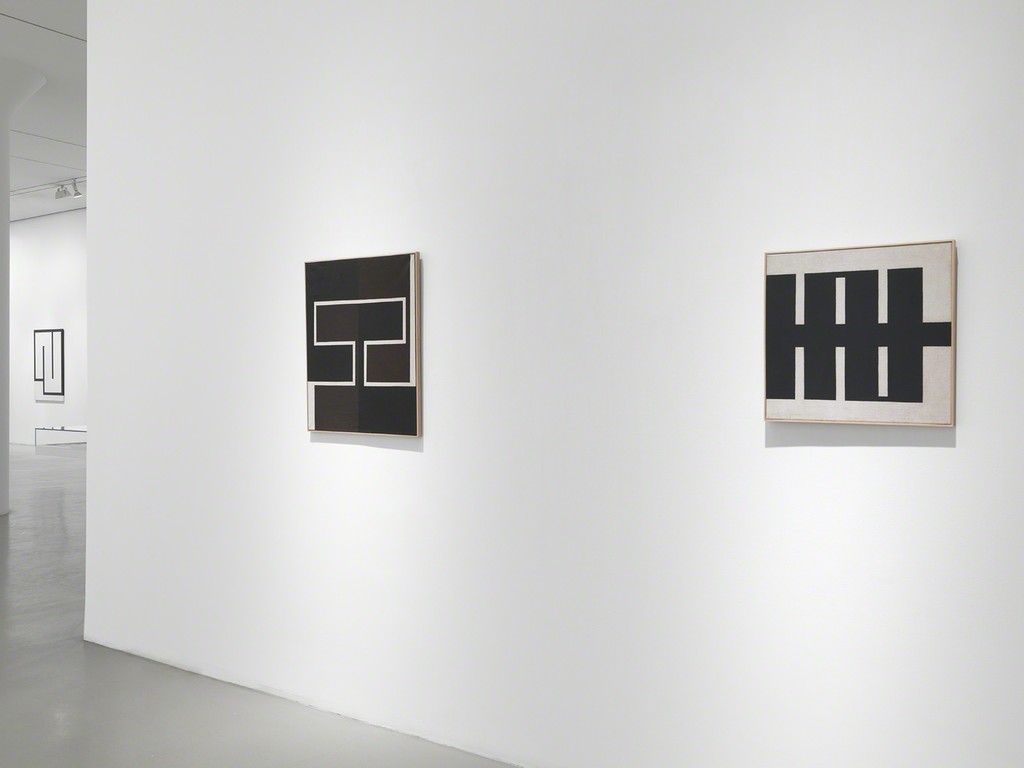 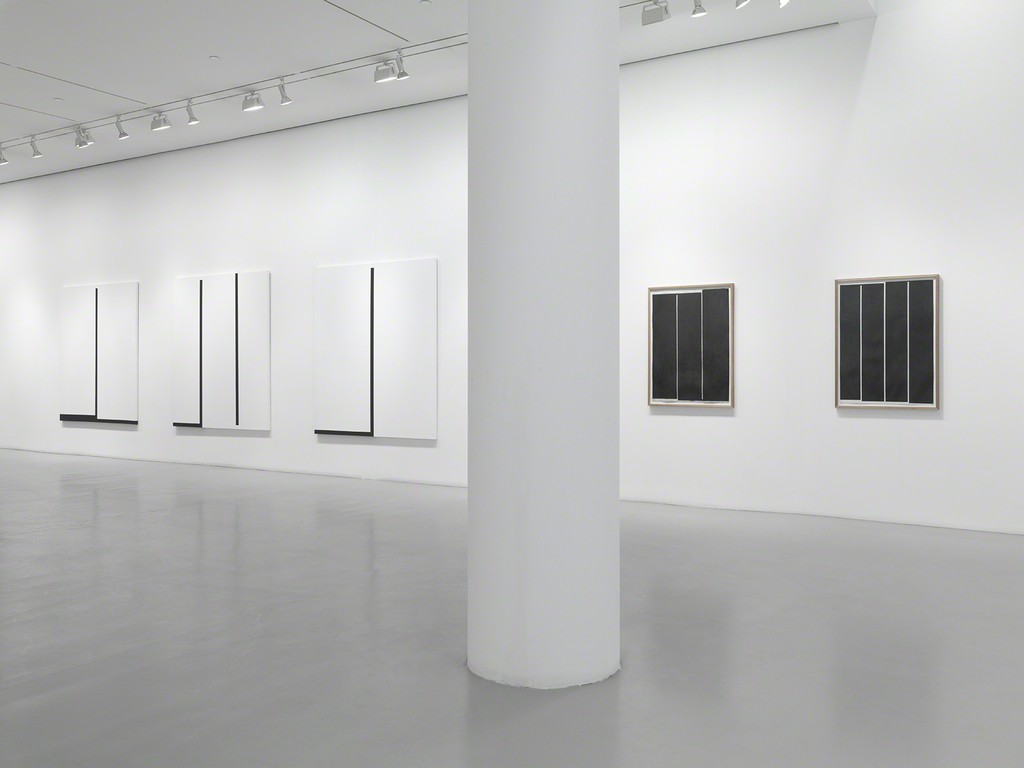 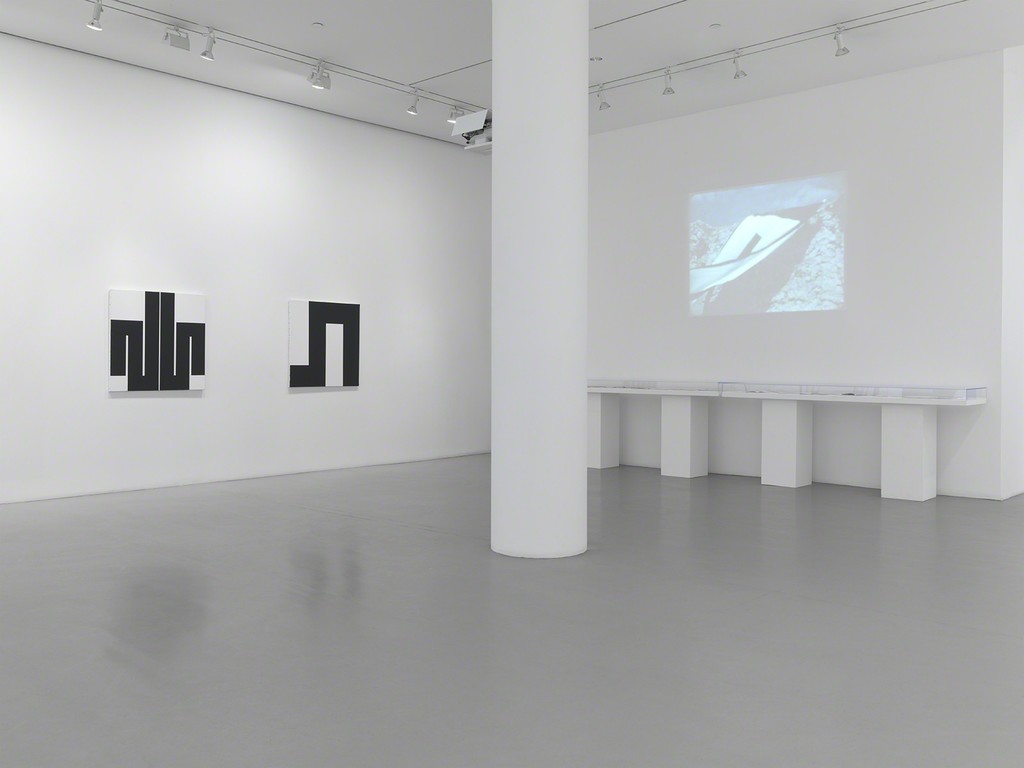 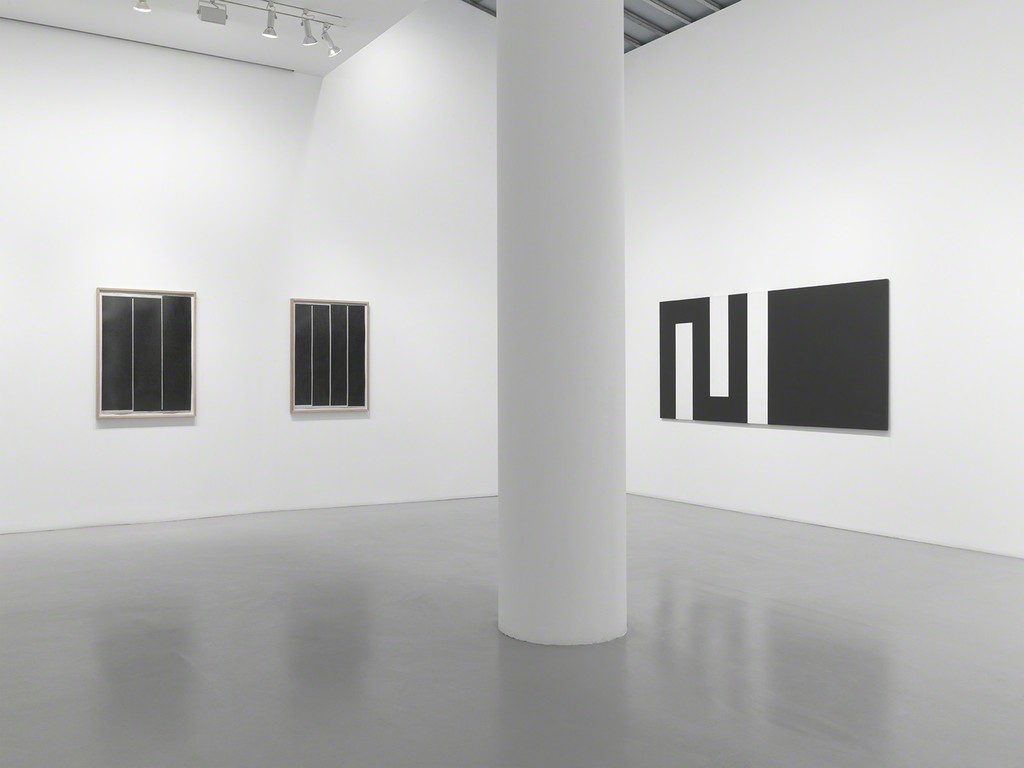 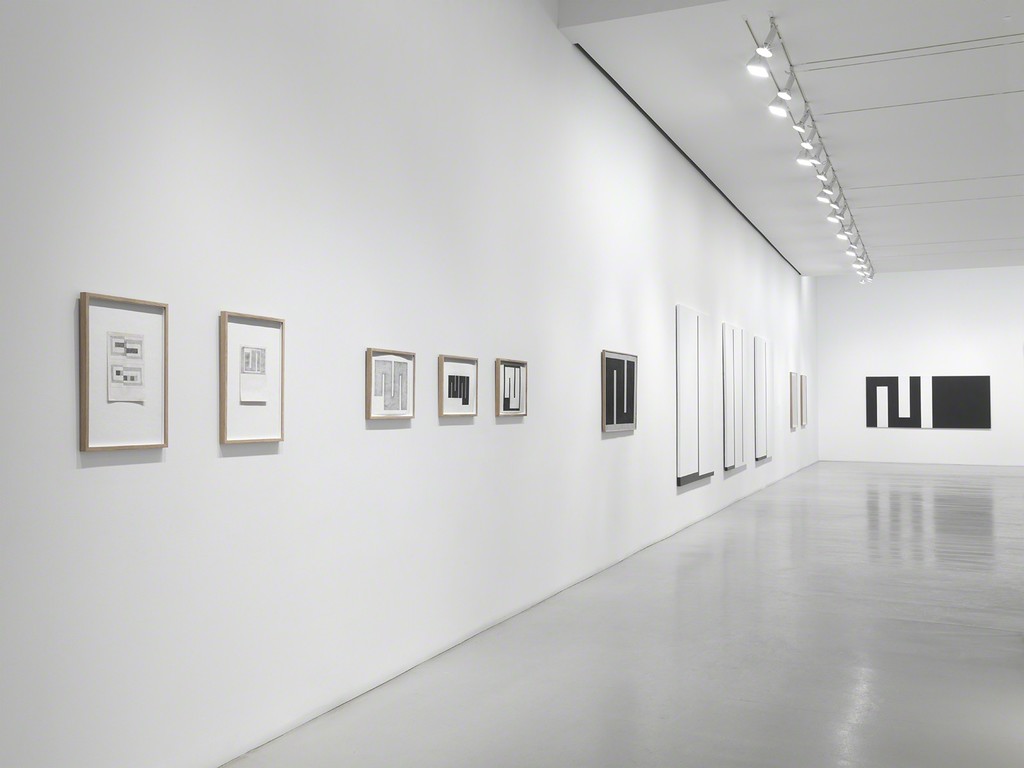 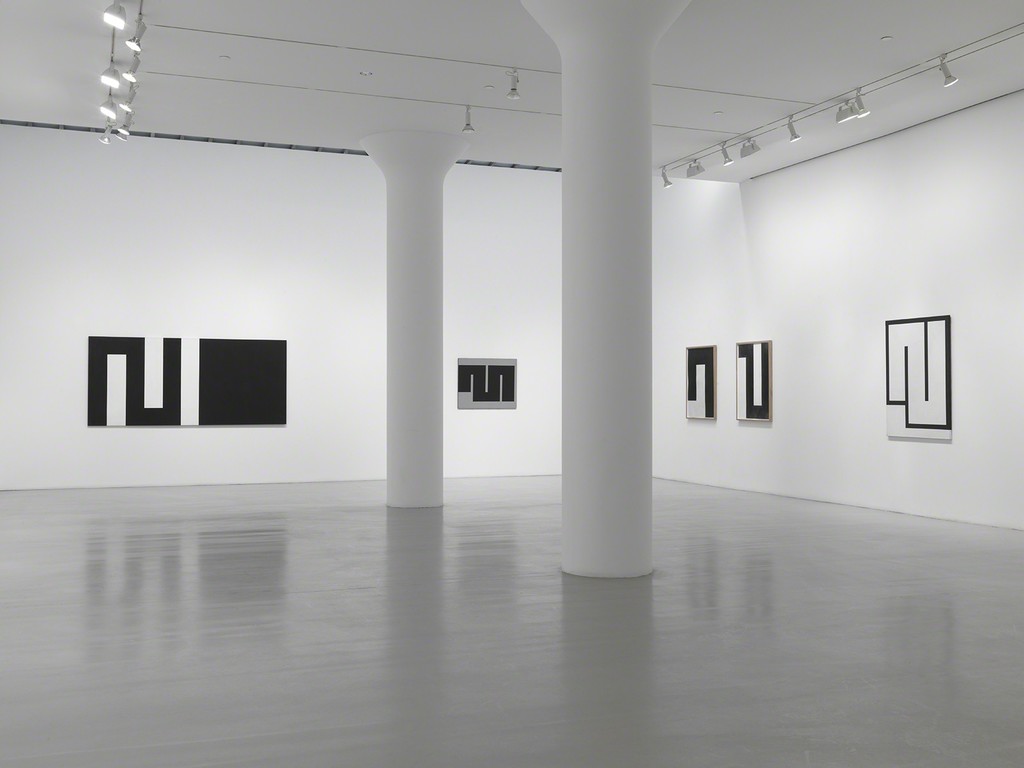 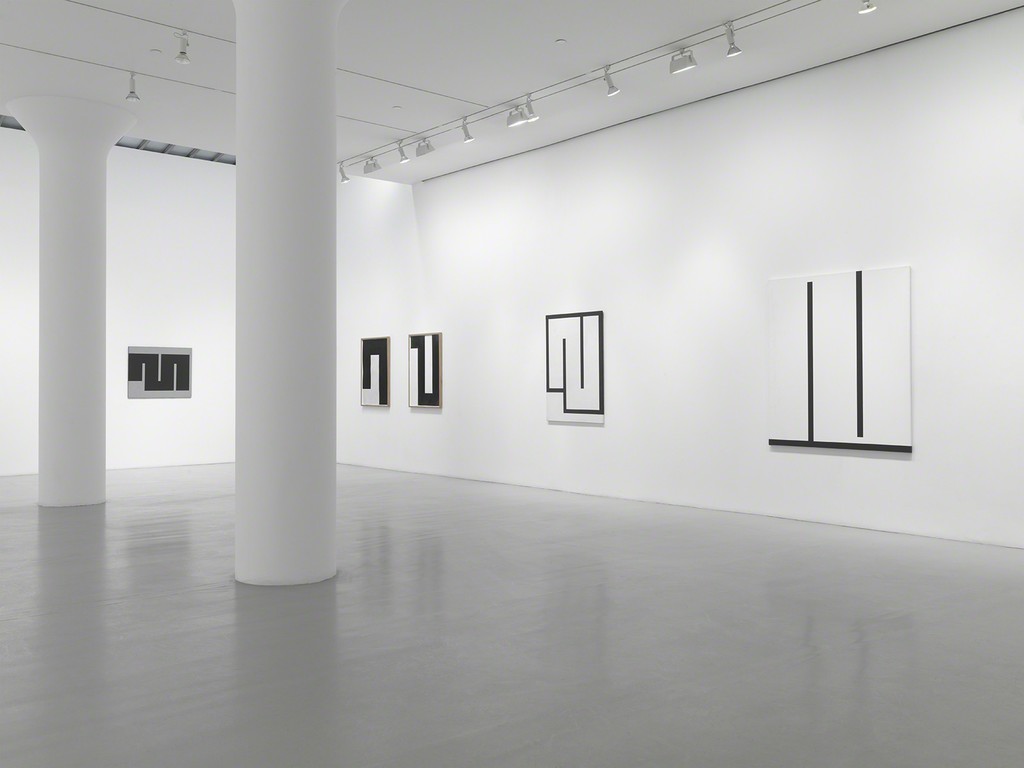 NEW YORK, February 6, 2014 – Mitchell-Innes & Nash is pleased to present an exhibition of paintings and works on paper by Croatian artist Julije Knifer (1924 – 2004). The exhibition will be the first ever solo show of Knifer’s work in the United States, and will include work from the early 1960’s through the 2000’s.

Julije Knifer is recognized as one of the most prominent Croatian painters of the 20th century. Growing out of the Russian school of Supremist painters, Knifer applied proto-conceptual practices to abstract painting. He was a founding member of the 1960’s avant-garde group Gorgona in Zagreb. The Gorgona group was known for their ephemeral and intellectual approach to art-making and is considered a predecessor of the Conceptual Art movement which thrived in Western Europe years later. Knifer’s oeuvre involves the exploration of a single form – “the meander”, a geometric maze-like form composed of only horizontal and vertical lines, almost exclusively in black and white. Like On Kawara’s “Date Paintings”, Knifer’s repetition of a single motif across his entire career addresses the artistic problem of depicting time. In Knifer's words, “I realized that I didn't want to create a single painting, a work that would be self-contained and complete in and of itself. I understood that my drawings and my own images were only one in a series of connected similar acts.”1

In 1960, Knifer announced his intention to paint the meander motif exclusively. At the 1961 Music Biennale in Zagreb, Knifer was introduced to the notion of serialism in music. Knifer recognized Igor Stravinsky’s musical technique of repetition and reduction as parallel to his own interest in the “escalation of uniformity and monotony”2 in painting.

In addition to musical influences, the severe geometric abstraction of the earliest works presented at Mitchell-Innes & Nash note the influence of Russian Suprematist and Constructivist movements, specifically Kazimir Malevich whose work was an important influence in Knifer’s early education in Zagreb. In 1975, Knifer started to create large-scale outdoor murals of the meander, including one 20 x 30 meter canvas draped in a quarry in Tübingen. The gallery will also present graphite works on paper, and paintings from the 1990’s, which demonstrate Knifer’s consistent reductionism, pushing the meander to the edge of the canvas, creating nearly monochrome black or white surfaces.

This exhibition is curated by Zarko Vijatovic and is organized in conjunction with the Frank Elbaz Gallery, Paris.

Julije Knifer was born in Osijek, Croatia in 1924 and died in Paris in 2004. He represented Croatia in the 2001 Venice Biennale. In 2014, the Museum of Contemporary Art, Zagreb will mount a full retrospective of his work; he has previously been exhibited at the Centre Pompidou, Paris; MAMCO, Geneva; and the Museum of Contemporary Art, Sydney; works by Knifer reside in private and museum collections around the world including the MoMA in New York City.

Join the "Julije Knifer" conversation on social media by mentioning @miandn and using the #Knifermiandn hashtag when posting.

About Mitchell-Innes & Nash
Founded by Lucy Mitchell-Innes & David Nash, who previously headed the worldwide Contemporary and Impressionist & Modern divisions of Sotheby’s, Mitchell-Innes & Nash places outstanding contemporary artists within a historical context, revealing a continuity of ideas and aesthetic virtuosity from the modern era through the present.
Through galleries on Madison Avenue and in Chelsea, Mitchell-Innes & Nash has garnered a reputation for curatorial excellence in their exhibition program, discriminating support for fresh talent, and unparalleled expertise and discretion in brokering private sales.
The gallery has mounted major exhibitions of both historical and contemporary work, including highly-acclaimed surveys of work by Alberto Burri, Roy Lichtenstein, and Hans Arp; and solo exhibitions of new work by Martha Rosler, Jessica Stockholder, William Pope.L and Martin Kersels. The gallery’s roster of artists and estates now includes some of the most influential artists of the 20th century and today.
Listings Information:
Mitchell-Innes & Nash Chelsea is located at 534 West 26th Street between 10th and 11th Avenues
Tel: 212 744 7400 web: www.miandn.com email: [email protected]
Press inquires:
Taylor Maatman
FITZ & CO
+1-212-627-1455 x260
[email protected]