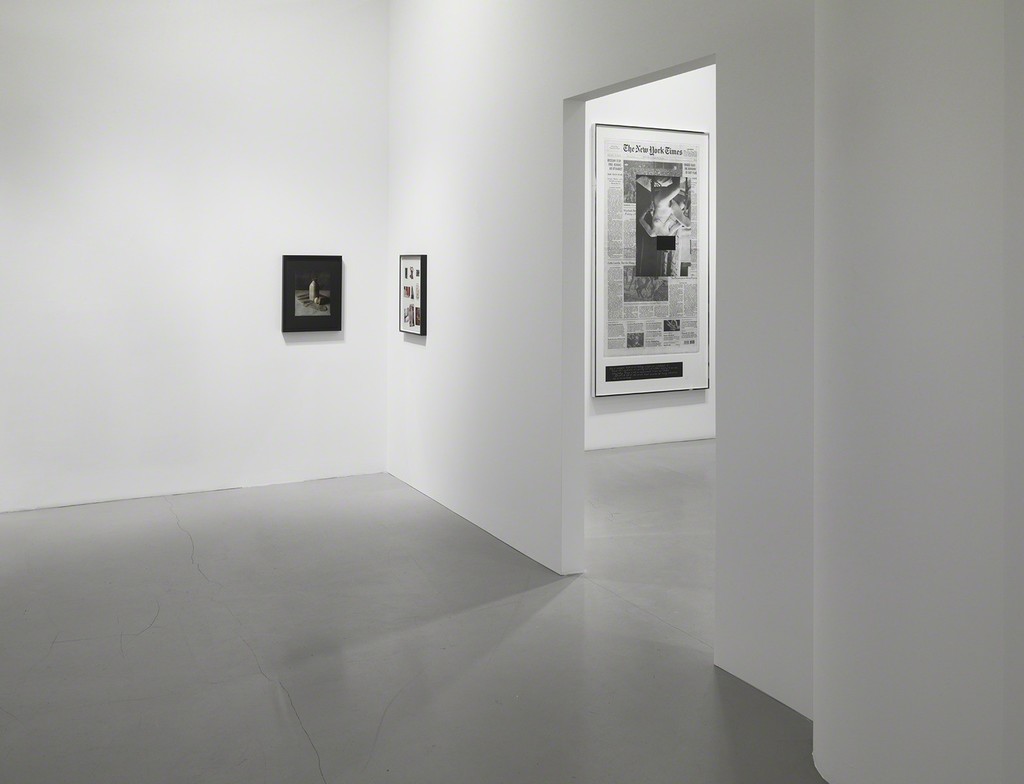 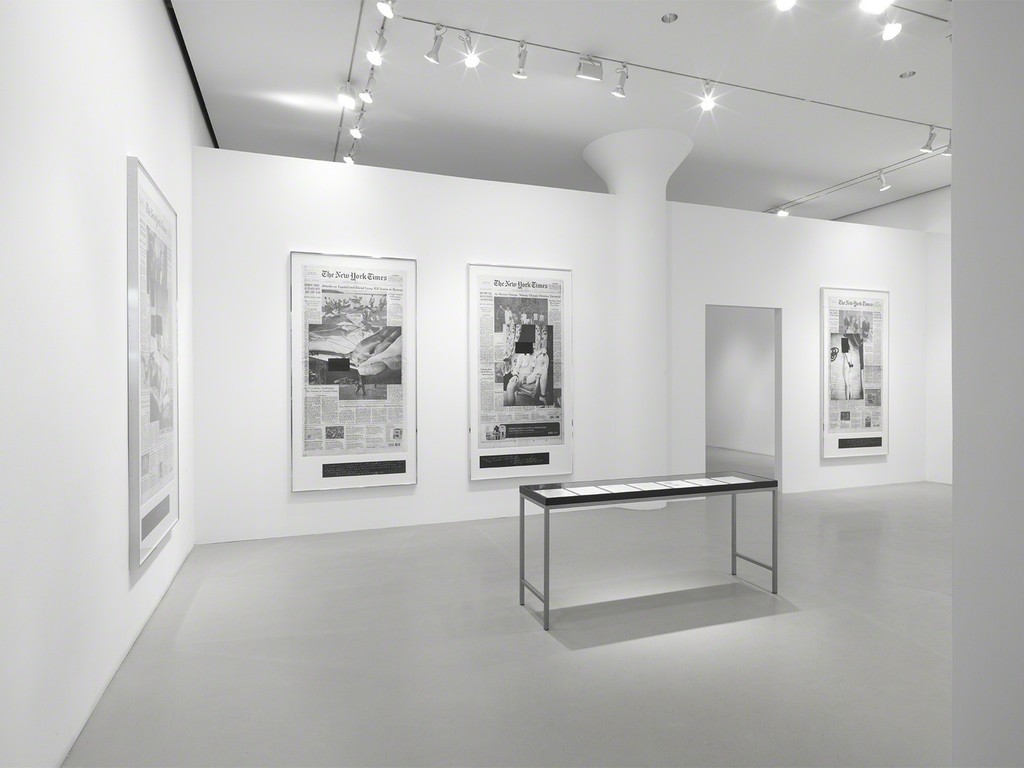 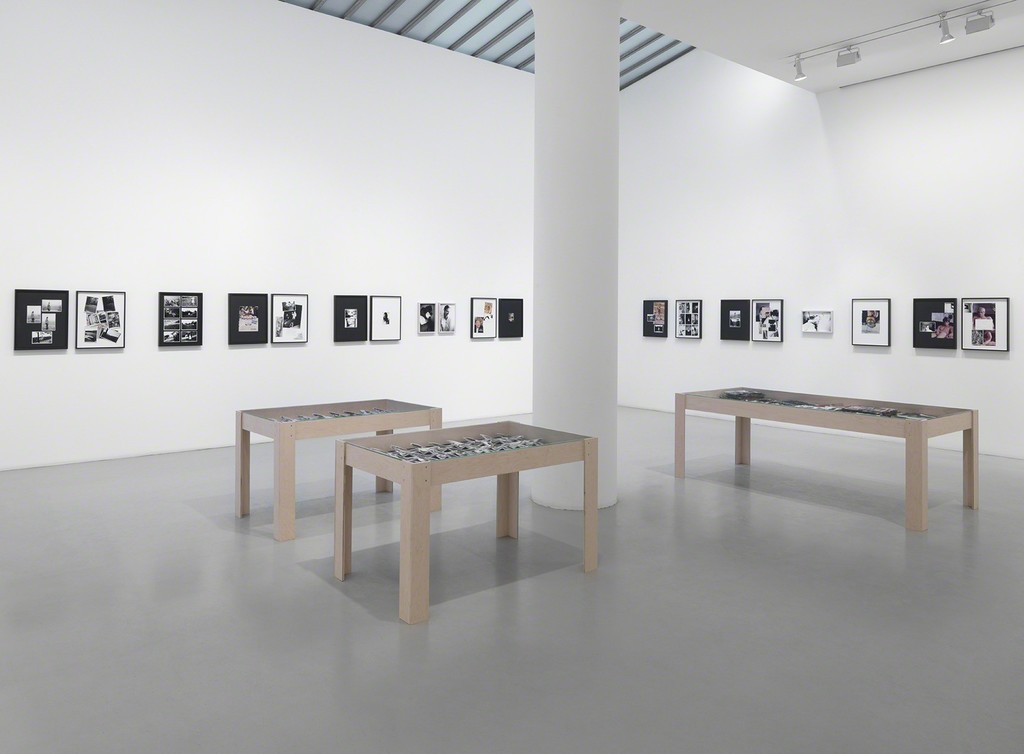 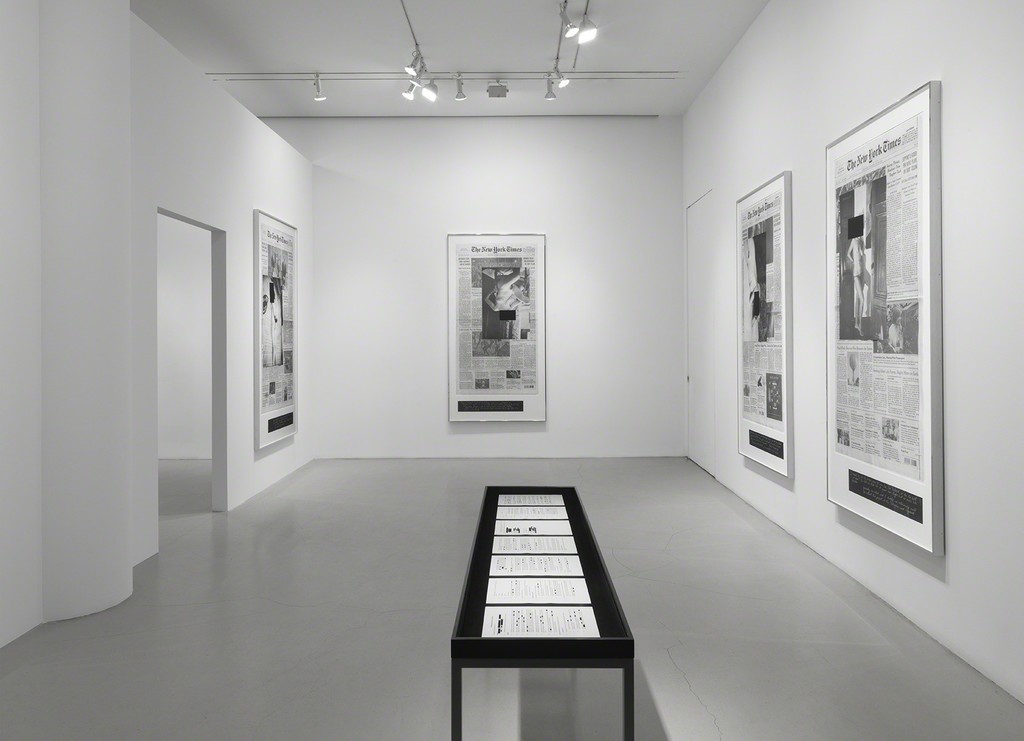 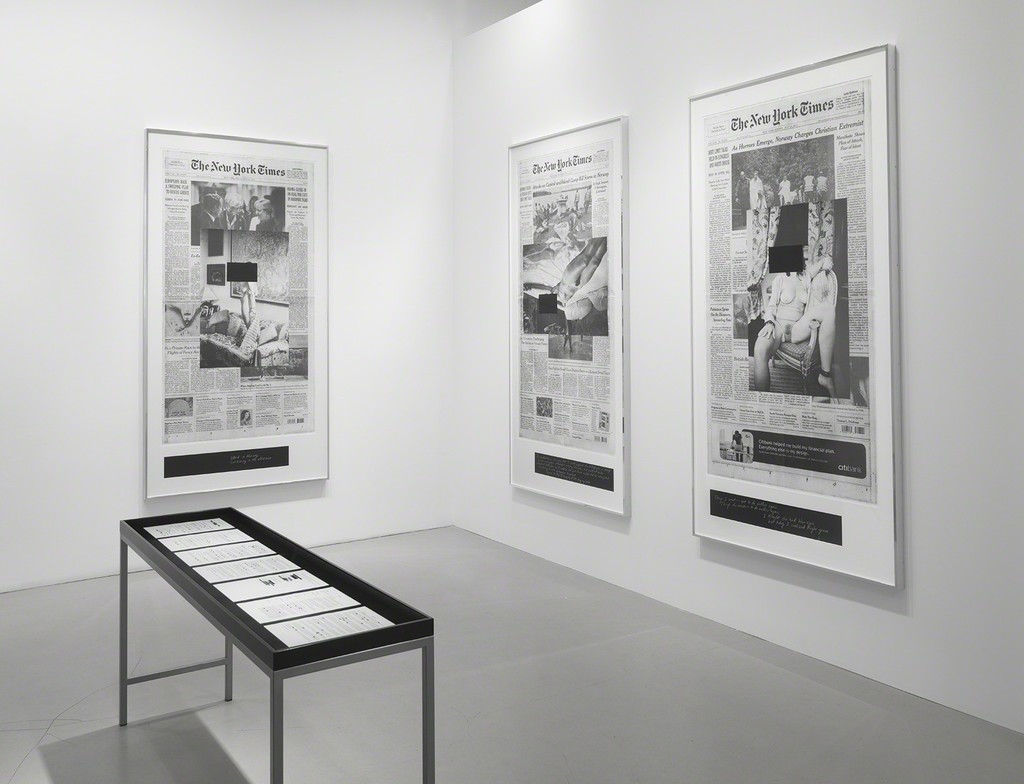 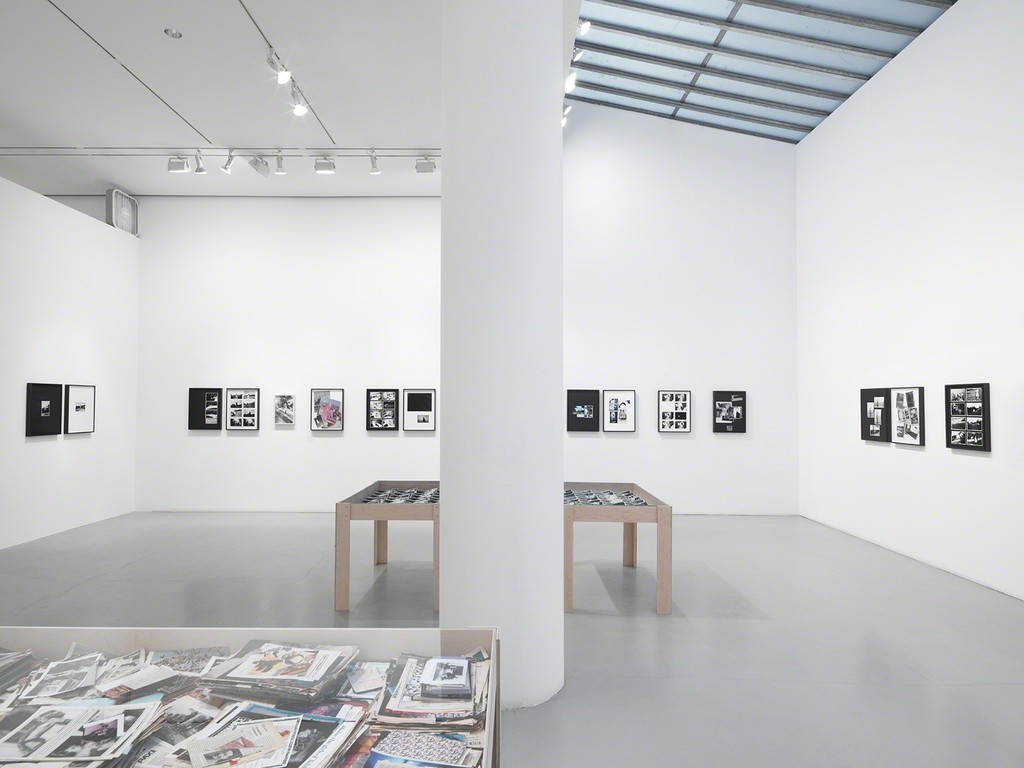 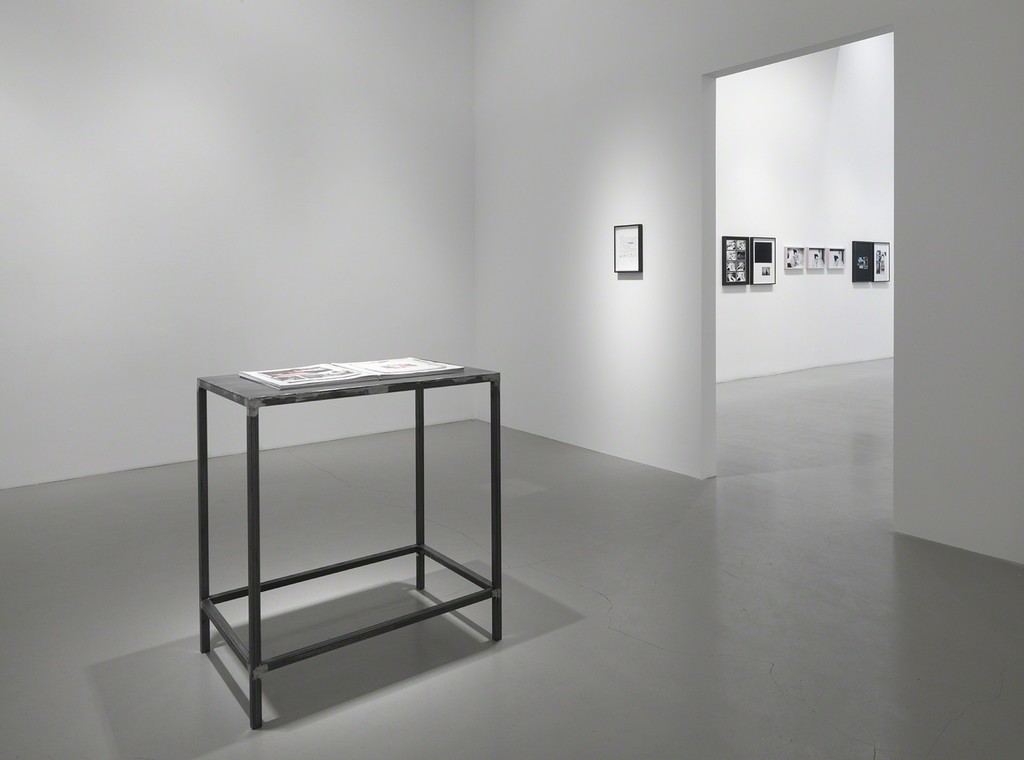 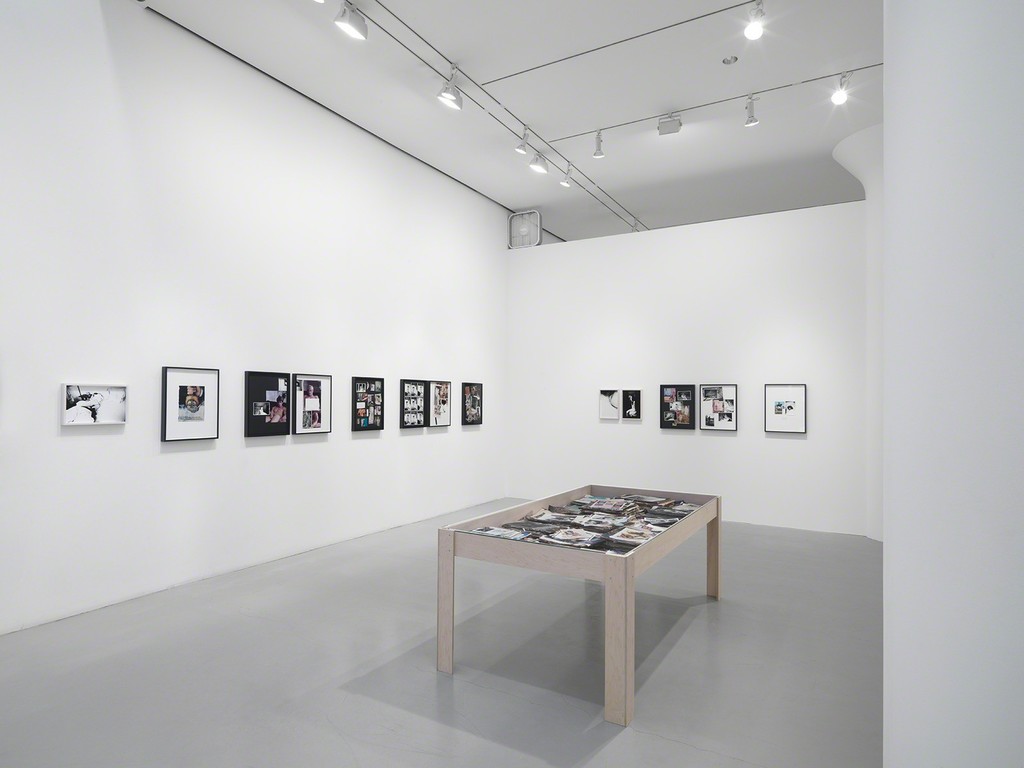 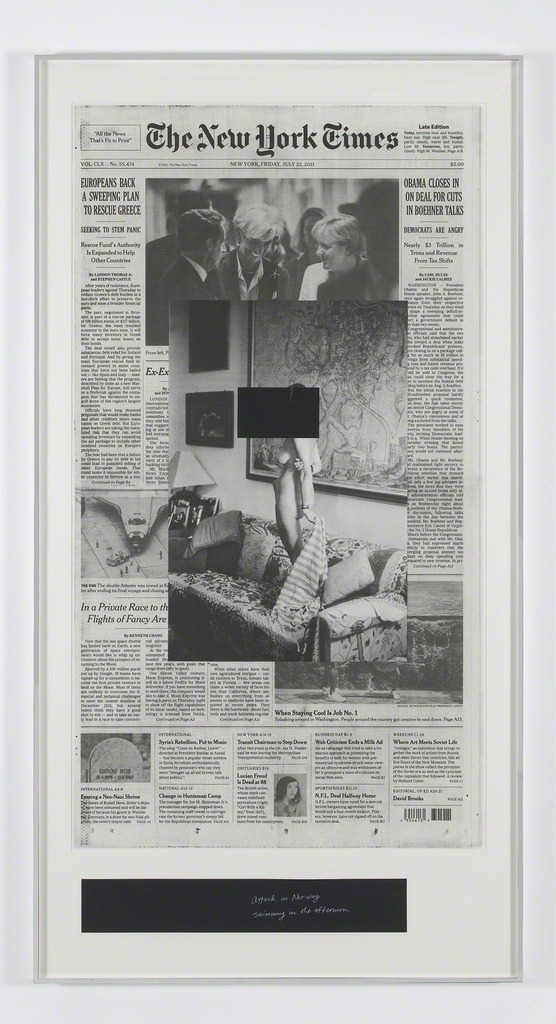 NEW YORK, March 5, 2014 – Mitchell-Innes & Nash is pleased to present an exhibition of works by New York-based artist Leigh Ledare. For his inaugural exhibition at Mitchell-Innes & Nash, two bodies of work by Ledare will be on view: Double Bind (2010/2012), shown for the first time in New York; and An Invitation (2012), shown for the first time in the United States.

Ledare’s methodology is both conceptual and performative. His work maps socio-psychological relations inscribed within the various orders of photography, language, and public and private social constructions. Ledare’s work crosses disciplines but regularly utilizes photography, the archive, text, and film. His nuanced negotiation of the relationship between artist and subject gives rise to a complex and thoughtful body of work, revealing shifting asymmetries in human agency relative to social frameworks and systems of communication, and the affective means they use to reproduce themselves. Ledare rejects the notion that as historical subjects we might be able to stand fully outside of culture to comment upon it.

The two projects of the exhibition share an exploratory approach to the imagery and workings of individual and collective identity as it arises within social behaviors, sexual and legal ties, and linguistic and cultural contexts. Frequently, internal patterns of self-objectification and the nonverbal capacities of human embodiment and agency are brought forth by the work in surprising and complex ways.

Ledare structured the production of Double Bind (2010/2012) by intervening into an existing relationship triangle, positioning it as a complex rubric from which to produce two bodies of photographic images. First, the artist traveled to a remote cabin in Upstate New York with his former wife Meghan Ledare-Fedderly and photographed her over the duration of four days. Two months later, Ledare-Fedderly repeated this trip alone with her new husband Adam Fedderly. The couple agreed to shoot following the same parameters as Ledare and Ledare-Fedderly had done. The nearly 1000 resulting images are presented in their entirety within the exhibition. Understood to be the smallest unit of measurement, the photographic icon of Meghan Ledare-Fedderly as “muse” is doubled, spatializing the photographic act and forcing each image to be read comparatively as the product of one or the other of the two sets of relations. Each image can be read as two individuals articulating something to the missing third. Ledare’s photographs of Ledare-Fedderly are presented on a black background, with the photographs of Ledare-Fedderly taken by her current husband presented on white. The triangle of ex-husband/(ex)-wife/husband and the restraints and relays diagrammed through the camera’s act of recording and transmitting information comprise the first comparative structure.

For Double Bind’s installation, Ledare assembled the two sets of private photographs against a collection of roughly 6000 pieces of ephemera culled from the pages of various cultural, editorial, pornographic, fashion, and advertising print media. These materials represent a veritable cultural field, serving as models for the private images, but also as a means of interpreting them. This comprises an additional comparative structure within Double Bind. By linking these systems and mapping the appropriated media materials, language, viewpoints, and positions over those present in the private images, Ledare constructs a material syntax through which to make graphically intelligible the limitations to agency put in place by the camera. Juxtaposing the mass media’s production of difference, positions, fantasies, and desire against the private photograph’s complex construction of intersubjectivity, Ledare renders the cultural stereotypes and identifications present in the mass media violently evident.

On display in Mitchell-Innes & Nash’s front gallery is the work An Invitation (2012), which was developed from an invitation Ledare received for a private commission. An unidentified European woman with high-profile ties to political and media worlds asked Ledare to travel to her home (where her husband also lives) for a one-week stay in order to produce a series of photographs. Her intention was to present herself erotically for the camera. A set of seven unique photographic prints, belonging to the subject, and not shown publicly, constitute the private edition. For the public edition of An Invitation, on view here, Ledare produced a series of large-scale lithographs connected to the private photography session. For the lithographs, Ledare places one of seven photographs he took with the subject over an enlarged copy of The New York Times front page from each successive day the images were made. Ledare redacted the subject’s identity within the photographic part of the lithograph. A hand-written text by Ledare appears at the bottom of each panel. The artist’s text allows select glimpses into the myriad desires and complex dynamics of the production of the project. The legal contract that was negotiated between the couple and the artist is placed in the center of the room in a vitrine. A part of the public edition of An Invitation, the contract manifests the constraints placed on Ledare’s use of the images and the possible consequences of any breaches of contract.

Through galleries on Madison Avenue and in Chelsea, Mitchell-Innes & Nash has garnered a reputation for curatorial excellence in their exhibition program, discriminating support for fresh talent, and unparalleled expertise and discretion in brokering private sales.

The gallery has mounted major exhibitions of both historical and contemporary work, including highly acclaimed surveys of work by Alberto Burri, Roy Lichtenstein, and Hans Arp; and solo exhibitions of new work by Martha Rosler, Jessica Stockholder, William Pope.L, and Martin Kersels. The gallery’s roster of artists and estates now includes some of the most influential artists of the 20th century and today.