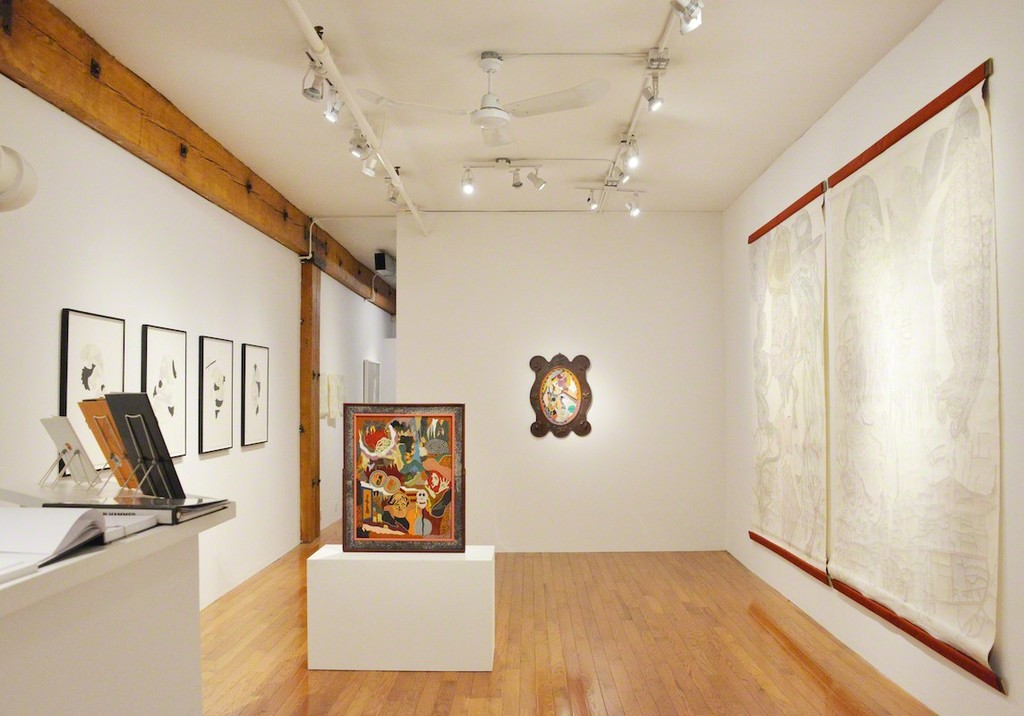 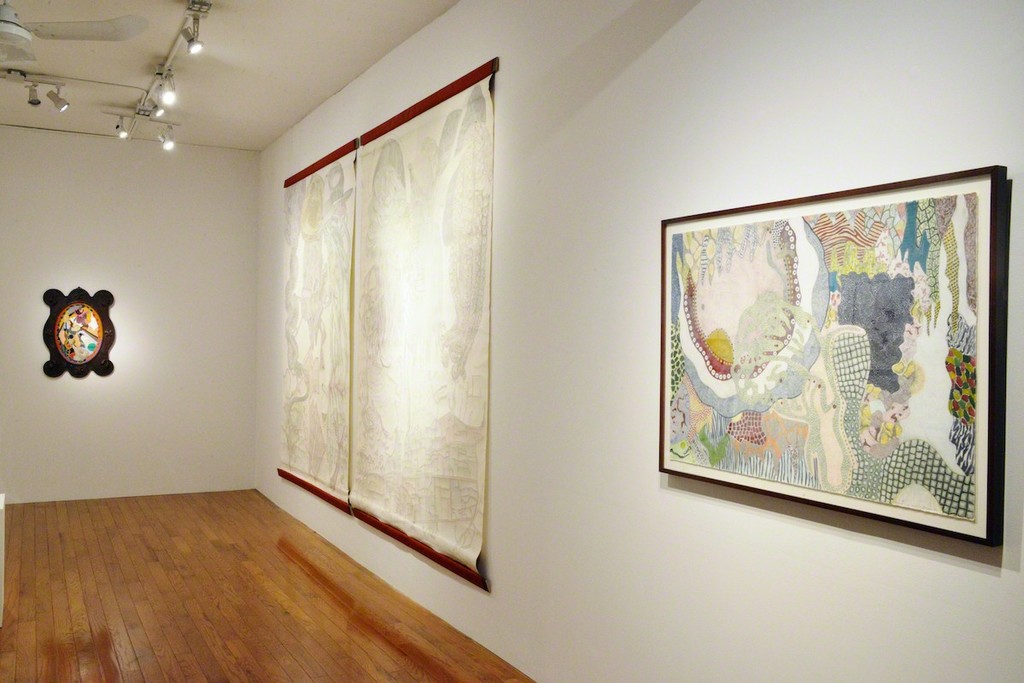 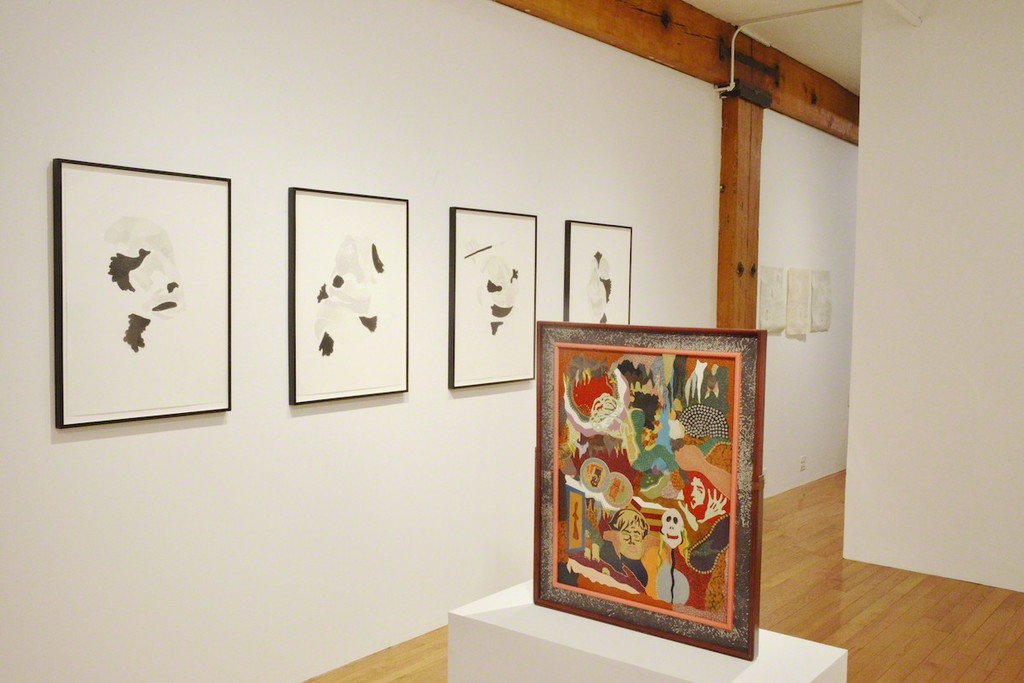 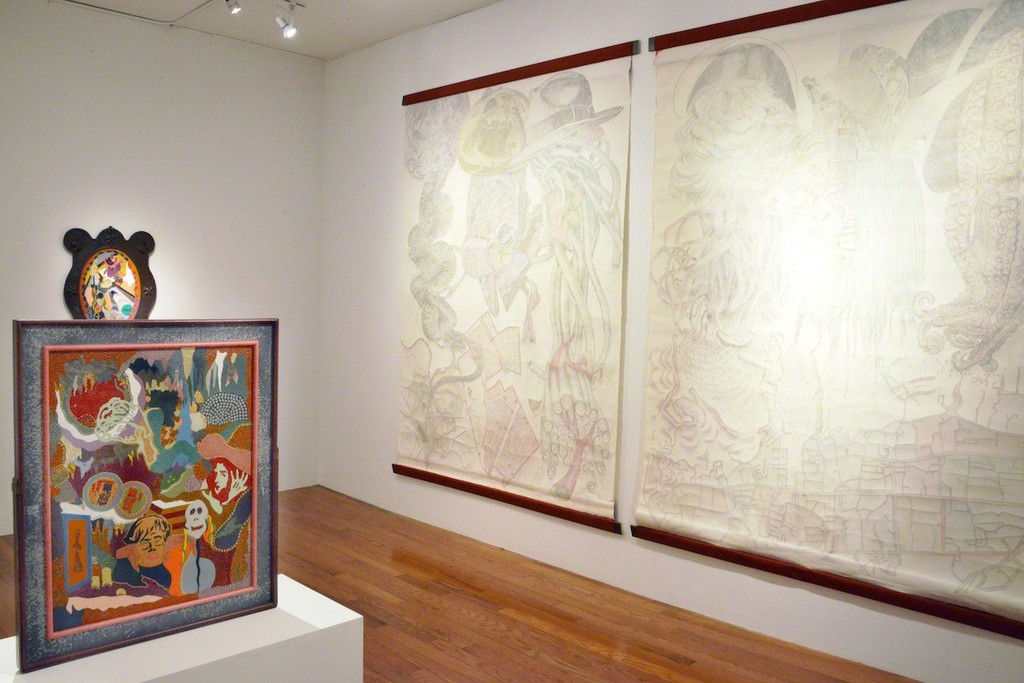 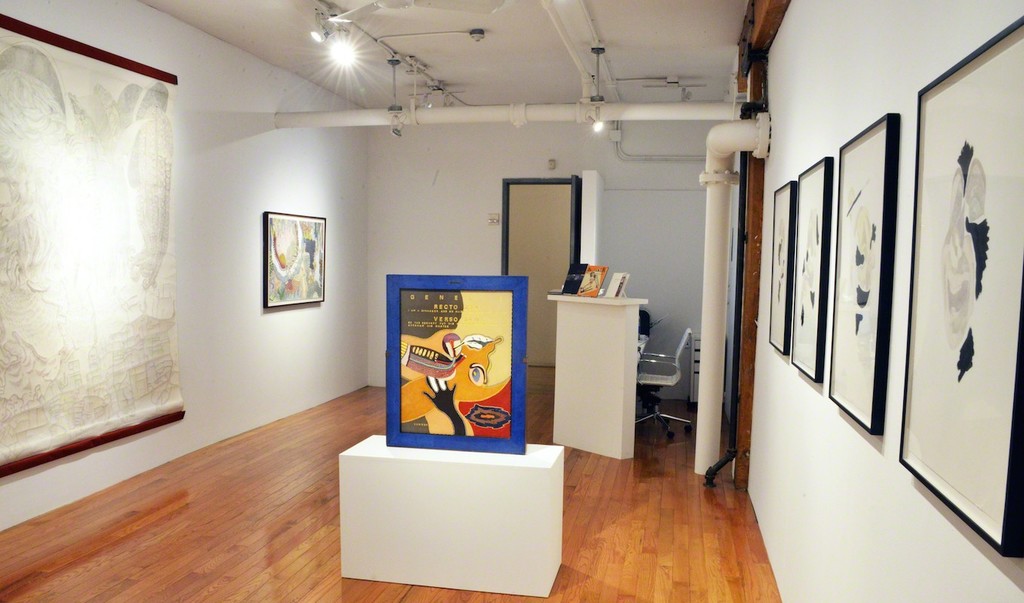 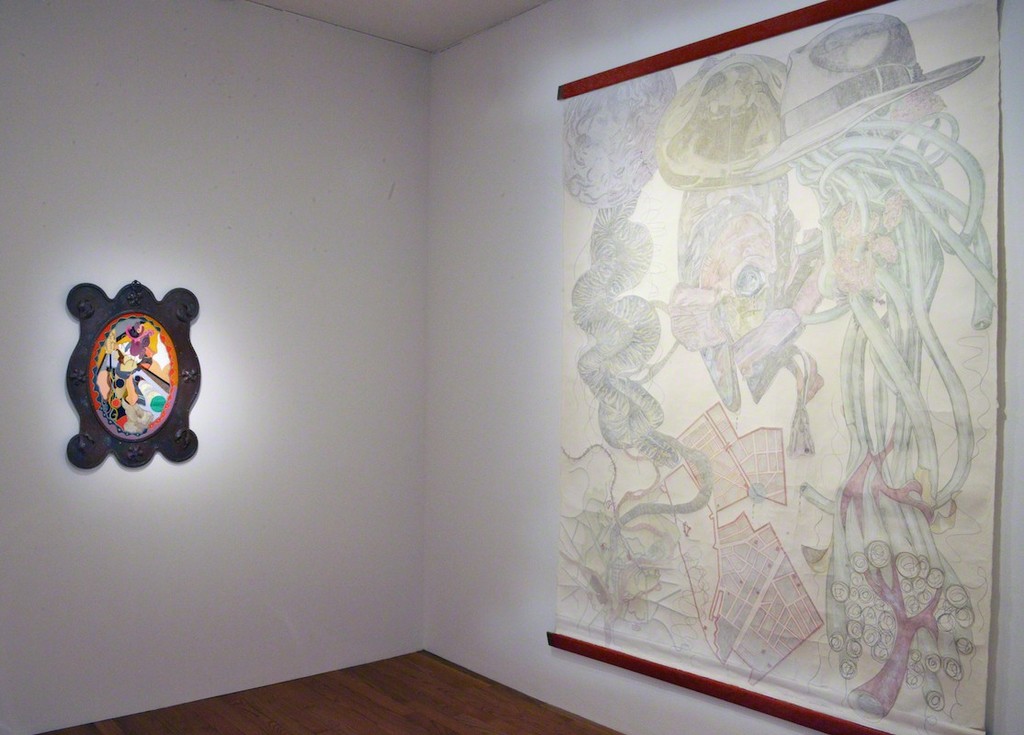 From October 29 to December 5, 2015, MIYAKO YOSHINAGA is pleased to present Jonathan Hammer: Blindness and Sight. The exhibition features his signature marquetry of diverse exotic animal skins tooled in gold leaf, along with enormous silverpoint drawings on handmade washi paper. The exhibition is Hammer’s tenth in New York, and the third with MIYAKO YOSHINAGA. An opening reception will be held Thursday, October 29, 6-8pm.

Affected by the current migrant crisis in Europe, Hammer presents this latest chapter of his ongoing project Kovno/Kobe, which examines the historical events that led the Jews of Kovno (Kaunas), Lithuania, to travel en masse to Kobe, Japan, and the massacre of those who stayed behind. Using a vocabulary of semiotics, Hammer questions and investigates how one people sees “the other,” when confronted with explosive sudden cultural contact. He elucidates the resulting misunderstandings and misrepresentations. How does the host see the refugee, and vice versa? Conceptually inspired by 16th century Namban screens that depicted the cultural clashes of the first westerners to arrive in Japan, his work searches for echoes of the experience in the Eastern European Jews’ sojourn in Kobe. Blindness and Sight delves into what vestiges were created and remain in the wake of a migratory progress.

Transience and disintegration of the self occur among displaces populations. Hammer’s labor-intensive marquetry of diverse animal skins, scrupulously reassembles the puzzle of these fragmented identities using a semi-abstracted figurative style. The eponymous work “Blindness and Sight” (2015), is made of inlaid salmon, lizard, shark, frog, beaver tail, seal, snake and ray, among other skins. Set in a period metal frame, the work suggests a magic mirror that reflects the curious reality of how different cultures interpret each other, in this case the Japanese and the Jew. By juxtaposing this work with an earlier leather piece, “Genesis” (2009), Hammer creates a double allegorical emblem, showing opulence and beauty along with the pain and mortality faced by the migrant.

The exhibition includes two large, cascading silver point drawings: “What did they see in each other?” (2014), and “Food for thought” (2015). The tarnished patina that ensues with the use of this Renaissance technique, for Hammer, embodies the indelibility and subtle discoloration of memory. The mark of memory left behind by the migrant stranger. As in “Warrior Masks” (2013), thousands of minute sinuous lines create waves of large organic motifs and signs that focus on the dichotomy of master and slave, perpetrator and savior, victim and victimizer. These powerfully glowing paper tableaux were begun last year during a residency in Japan.

Jonathan Hammer (b. 1960) lives and works in Spain and Japan. He has had over 40 solo exhibitions at venues in many countries, including the Berkeley Museum and the Geneva Center for Contemporary art. Hammer was recently named a fellow of The Memorial Foundation for Jewish Culture. Much of the Kovno/Kobe project has been shown in Japan as well as in Europe and the US. Earlier this year he spoke about the project in the 360 series at the Nasher Sculpture Center in Dallas. Hammer’s critical writing, Ball and Hammer, has been published by Yale University Press (2002). His work is included in many public collections including The Museum of Modern Art, New York, The Museum of Modern Art, San Francisco, The Whitney Museum of American Art, The Hammer Museum, and Museum of Contemporary Art, Los Angeles.