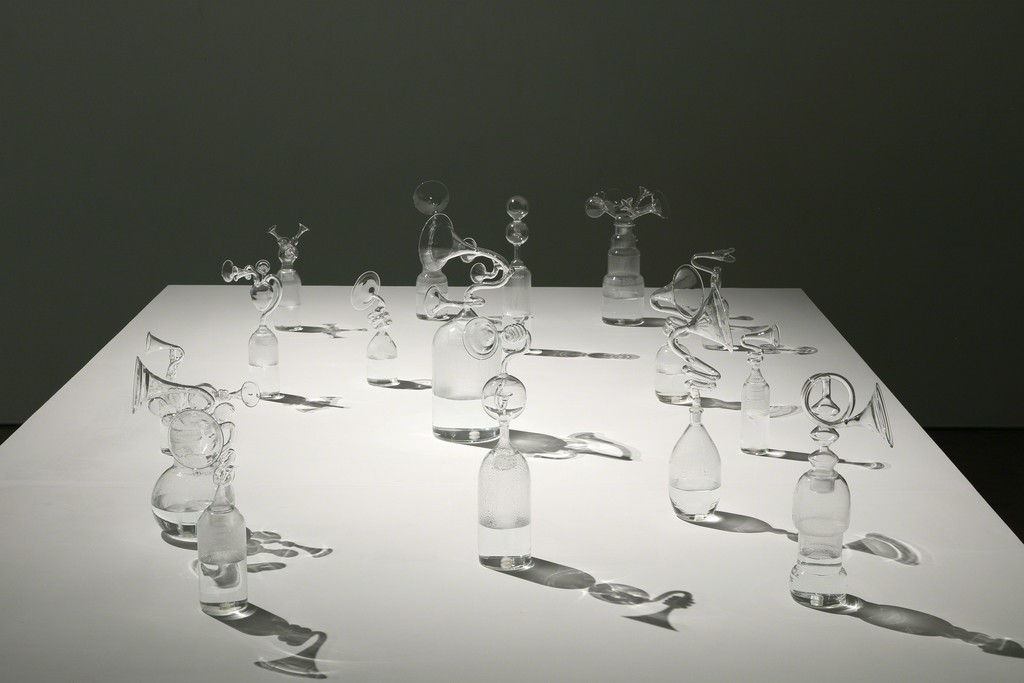 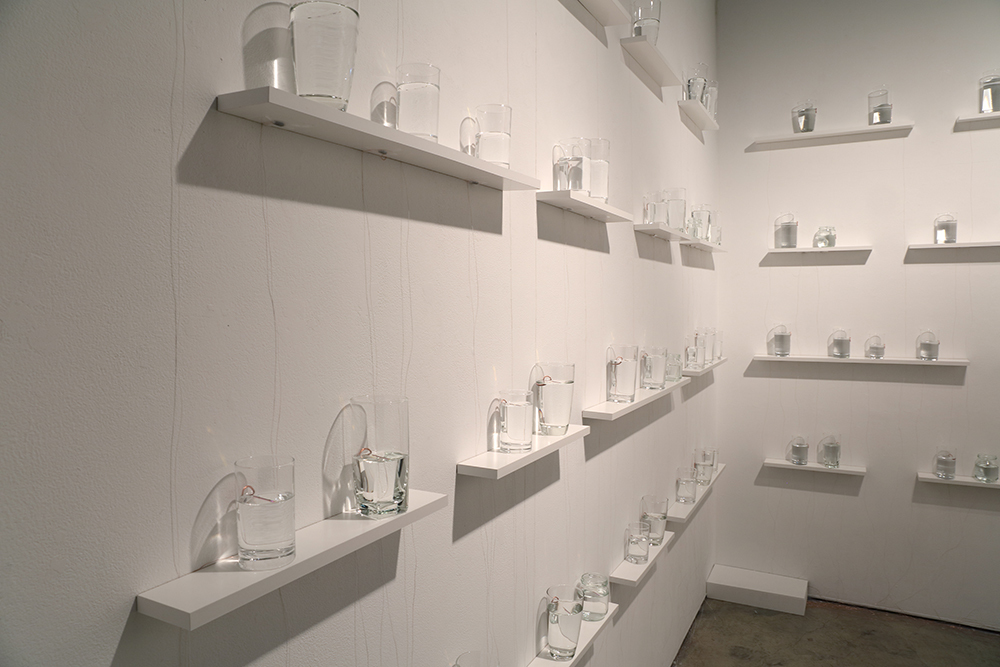 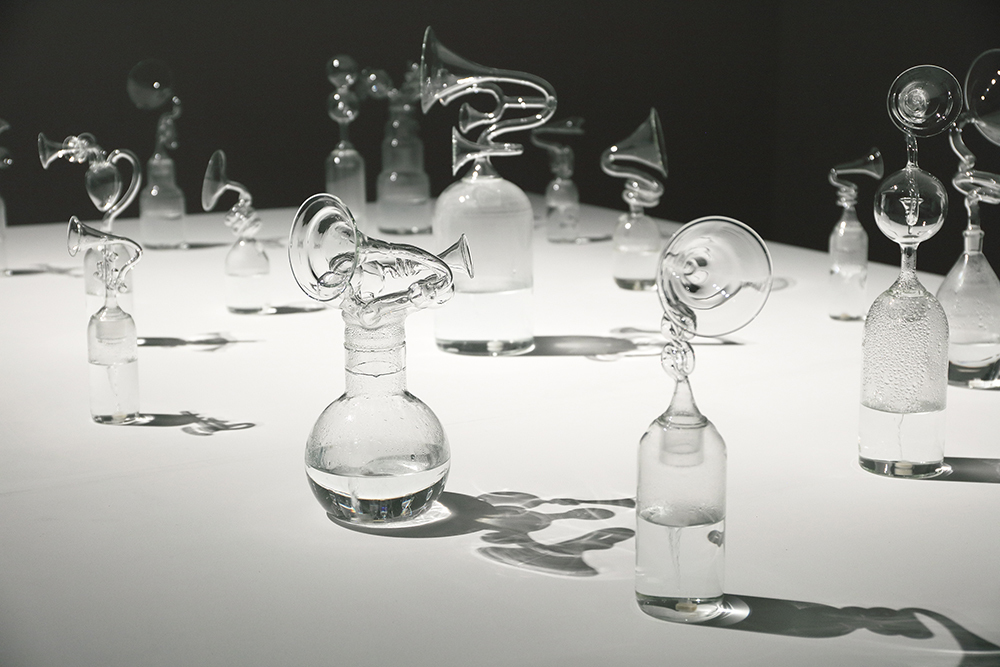 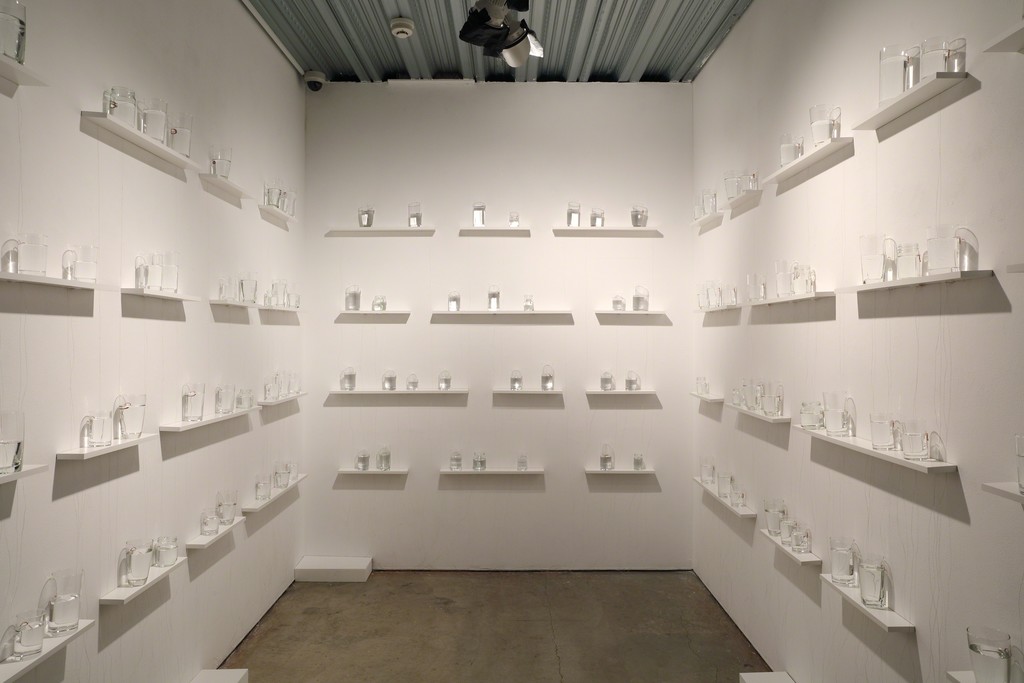 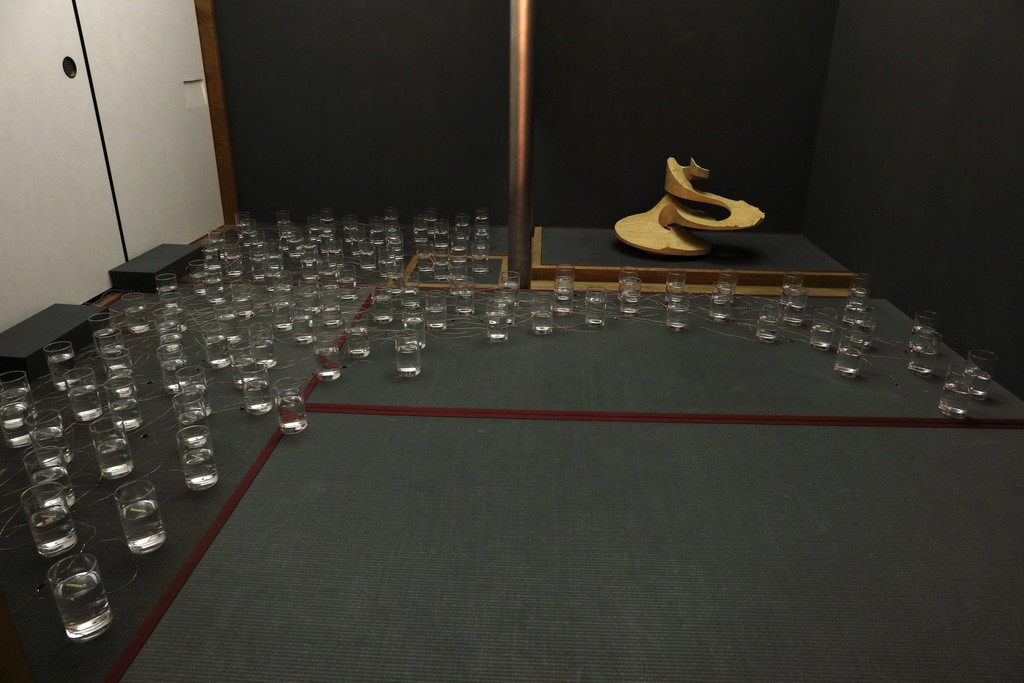 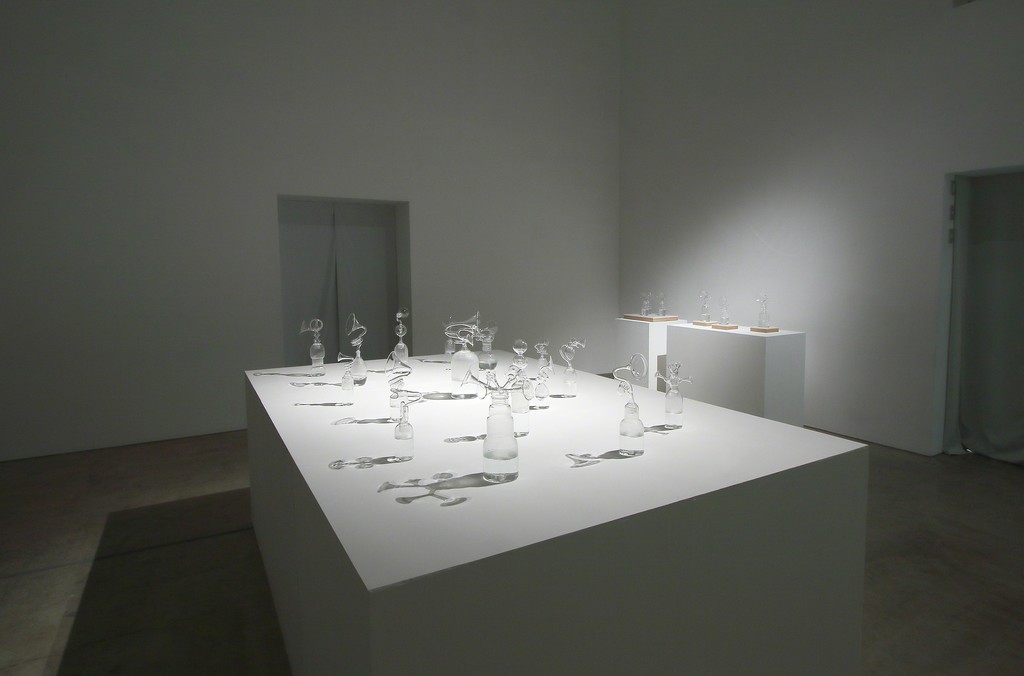 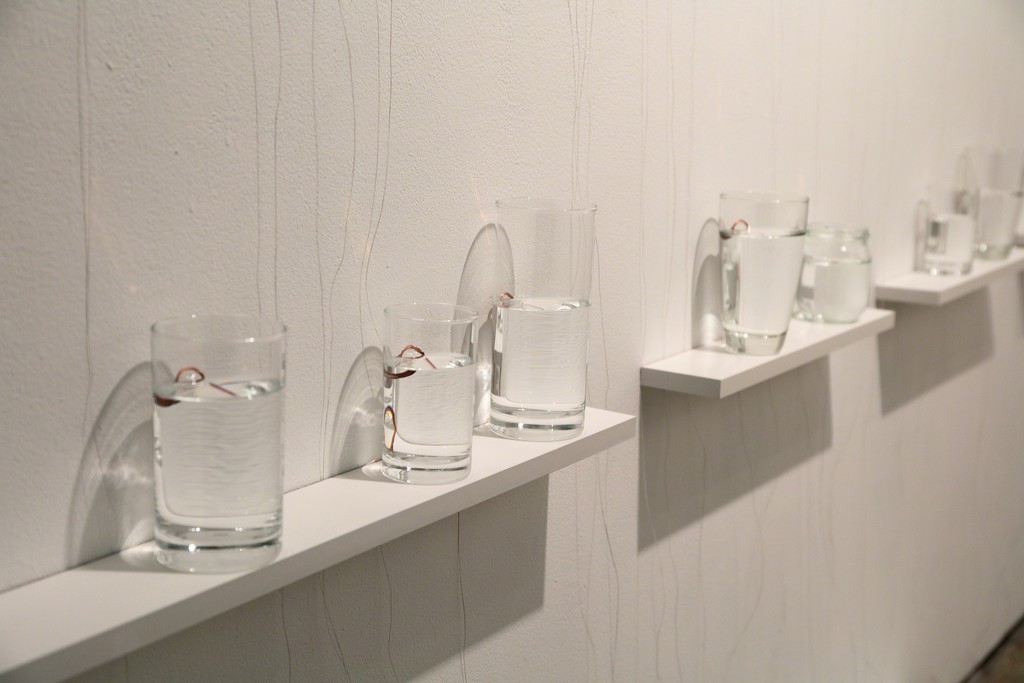 In recent years Akamatsu has presented installations which incorporate the use of electronic devices. In 2015 he was awarded the Golden Nica at the international media arts competition Ars Electronica, held in Austria. As well as installations, his practice engages with a variety of other media including performance, video, sculpture and painting, extracting the rhythms that pulse unnoticed within our daily lives and transforming them into his works. This exhibition presents the work Chijikinkutsu, which received the Golden Nica, together with the work Chozumaki.

Chozumaki consists of uniquely designed glass vessels, filled with water. A small winged magnet spinning at the bottom of each vessel produces a vortex. Tiny bubbles cause curious sounds as they are swallowed into the vortex. Viewers hear these sounds through a spiral pipe and horn on the top of the piece, shaped like a cochlear duct. Countless vortexes exist in the universe, from the enormous revolution of the galaxy to the infinitesimal spin of photons. They all have a fractal structure which appears to be one of the universe’s fundamental elements.

Water has another important role in this work: in numerous cultures, water is associated with purification. In traditional Japanese culture, one of the symbolic items that utilize water in this sense is a chozubachi or stone washbasin for guests to wash their hands in when participating in a tea ceremony. The water in the chozubachi purifies the body and mind before entering the inner sanctum of the tea ceremony itself, a refuge from the outer world and ordinary life. In this installation, the sight and sound of the water vortex, which is constantly changing its shape, extends viewers’ perception of the physical world until it crosses the boundary into the psychological world.

Chijikinkutsu is a word coined by Akamatsu combining the two Japanese words chijiki and suikinkutsu. Suikinkutsu are a type of Japanese garden first invented in the Edo period, consisting of buried earthern jars that make sounds when water drops into them. Chijiki refers to geomagnetism: magnetic properties that are omnipresent on the earth. Although they cannot be perceived by human senses, their presence has an effect upon the movements of migratory birds, honeybees and certain types of bacteria.

The needles which float on the water in each glass tumbler of this installation have been magnetised in advance, causing a countless number of delicate sounds to be produced as the needle tips are drawn in the direction of the magnetic field, moving and hitting the sides of the glass, revealing the unseen rhythms of the space. When we become aware of the hidden strength of these surreptitious movements unexpectedly revealed around us, we can perhaps view the whole world’s existence in a changed way. Through the delicate interventions of these two sound installations, we become conscious of manifold new understandings of our own space and time.