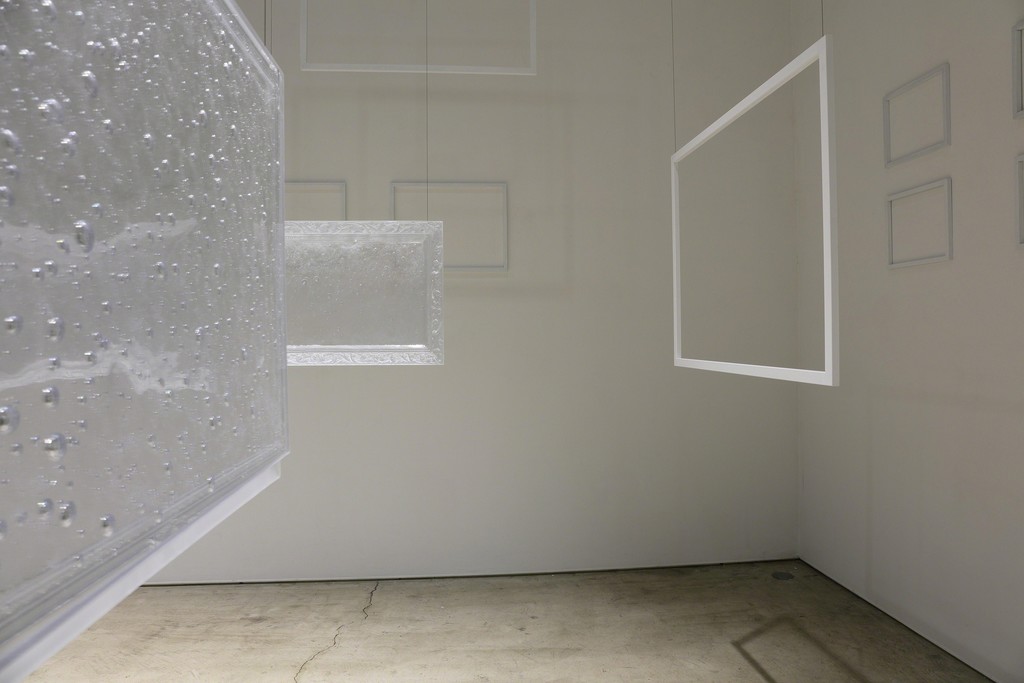 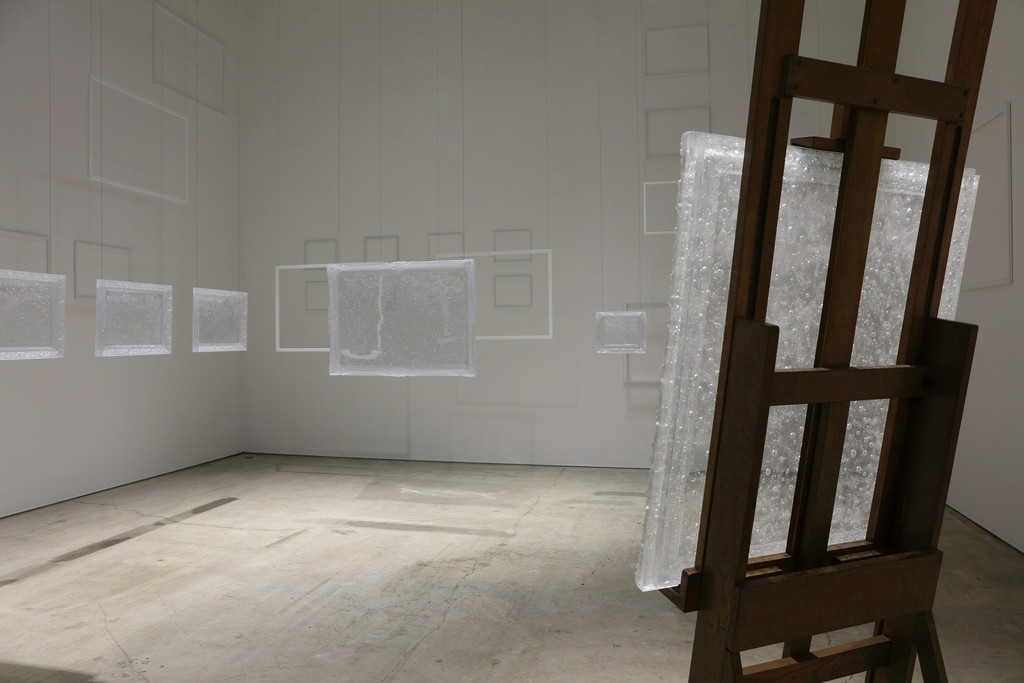 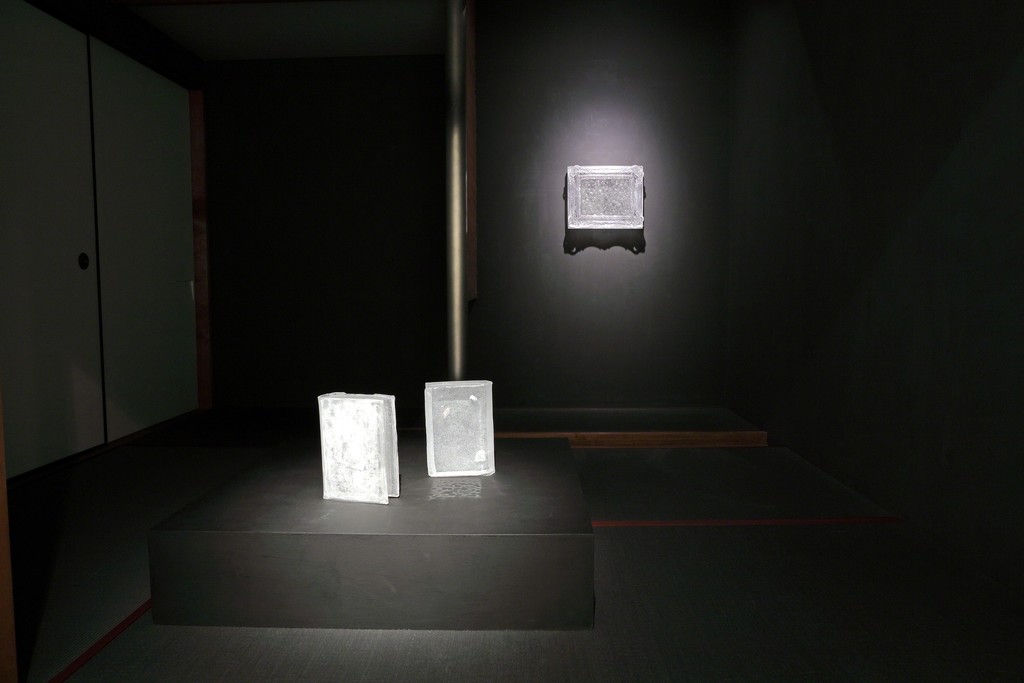 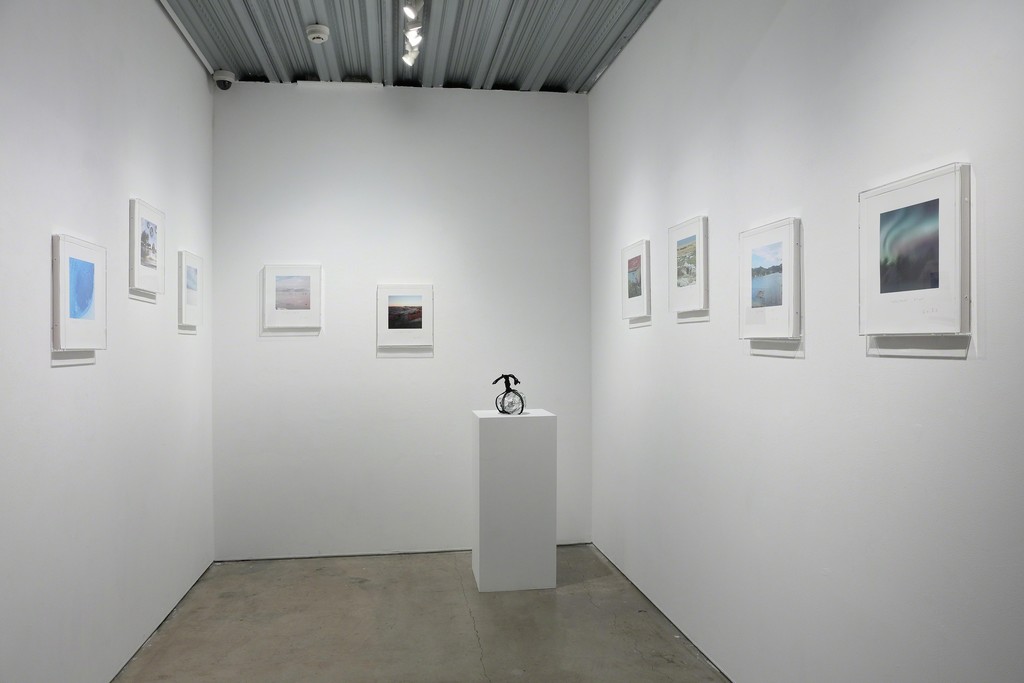 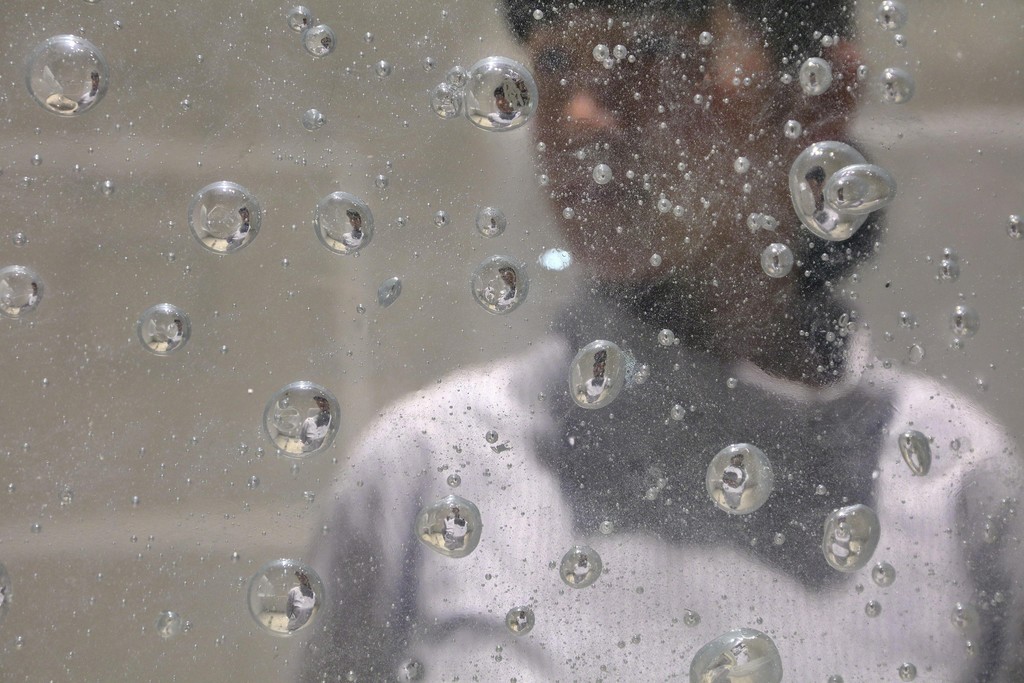 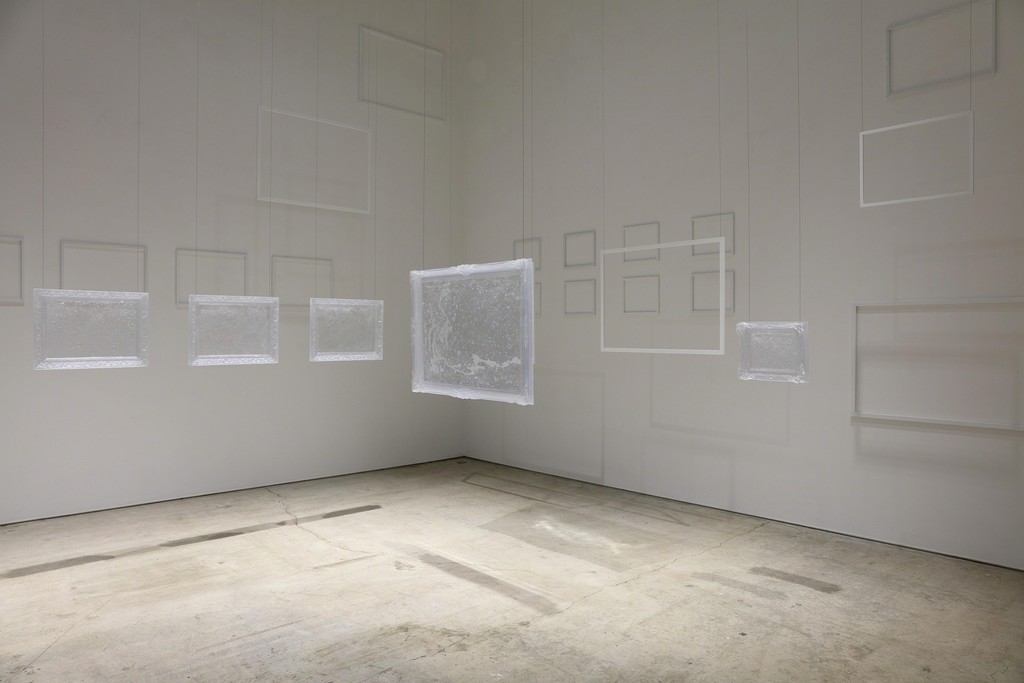 In recent years Miyanaga’s prolific activities both within Japan and overseas have confirmed her position as one of Japan’s most promising artists, and her practice invites us to expect even greater achievements of the next generation of Japanese contemporary art on the international stage. This solo exhibition will be her first in five years at Mizuma Art Gallery.

Is it paintings, or sculptures, that hang suspended in the exhibition space? This show features several suspended transparent paintings, seemingly meeting our gaze from various different angles – each of which contains within it countless air bubbles. According to the artist, each individual bubble was sealed into the work little by little, reflecting within it the landscapes of each passing day. It is as if each transparent canvas quietly holds within it, like trace fossils, the presence of various days of our own spent time – the air we ourselves have breathed. Within that presence, our consciousness becomes clarified: a certain landscape, or the the features of a certain person; time spent, or thoughts redolent with emotion. In these moments of clarity, before we even realize it, we transform from the position of viewers to creators, projecting and depicting our own sceneries onto the transparent canvas. Through the work the world is observed through a plethora of different thoughts and perspectives, depicted in all its diversity.

In a discussion with the astrophysicist Satou Fumitaka, Miyanaga stated that one of the reasons she creates work is her desire to to have a bird’s-eye view over the world. “It’s not a case of, ‘the work is in front of our eyes, and we are looking at the work’ – rather, we are surveying the world from the work: the existence of nature, or the way that we ourselves, humans, live. And then we look even further, from the world to the universe.” The world exists in a state of constant supple elasticity, repeatedly moving between points of instability and of equilibrium – of which infinite small traces remain. And within those small traces of our lives, engraved with the passing of days, Miyanaga studies the fathoms of the world.

Continuing into the smaller exhibition room, Miyanaga’s “landscapes of beginning” are shown: depicting various landscapes that became the starting points for her other works, and various things the artist herself has seen with her own eyes. These works are created on fresco paper, made using plaster, into which the ink has slowly permeated as if breathing into it: causing the colours to gradually deepen. Together with these pieces several new works, revealing new explorations within Miyanaga’s practice, will all be shown. We look forward to welcoming you to the exhibition.