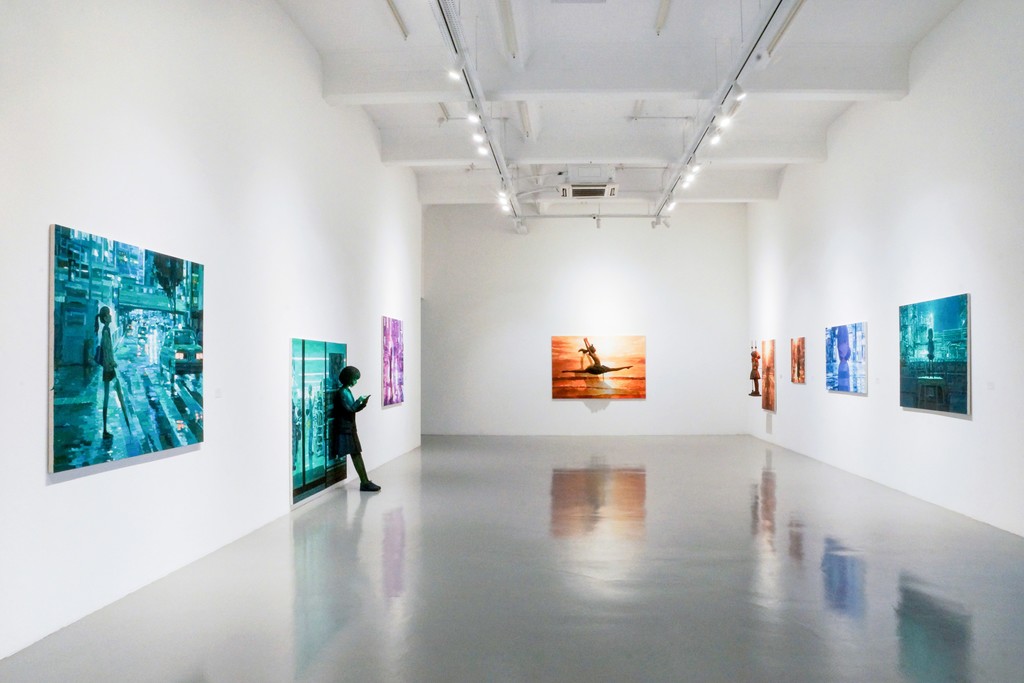 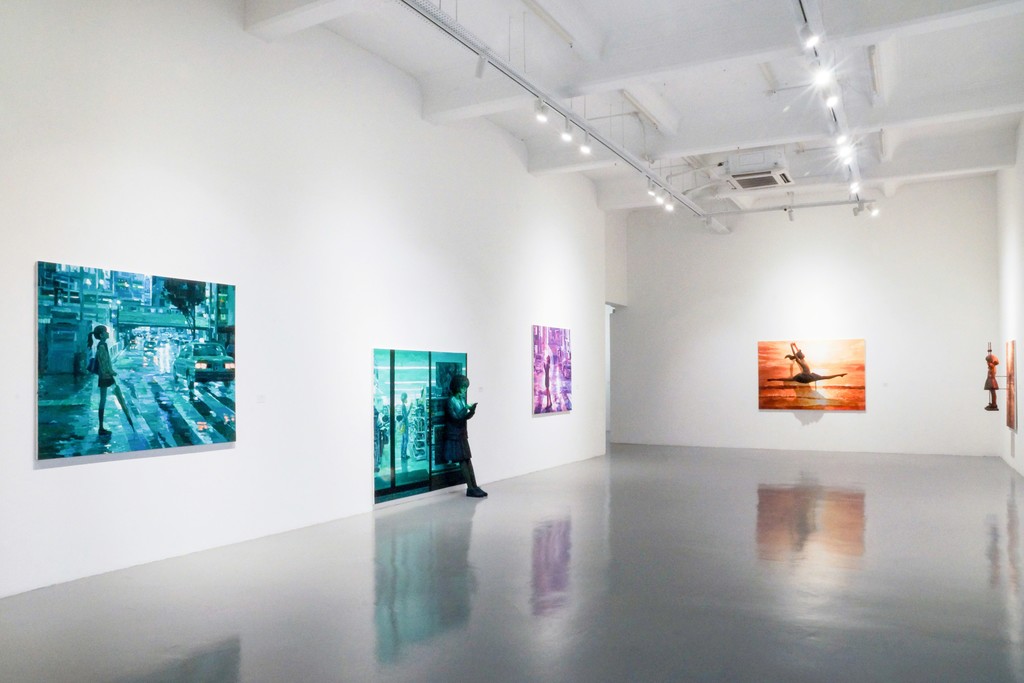 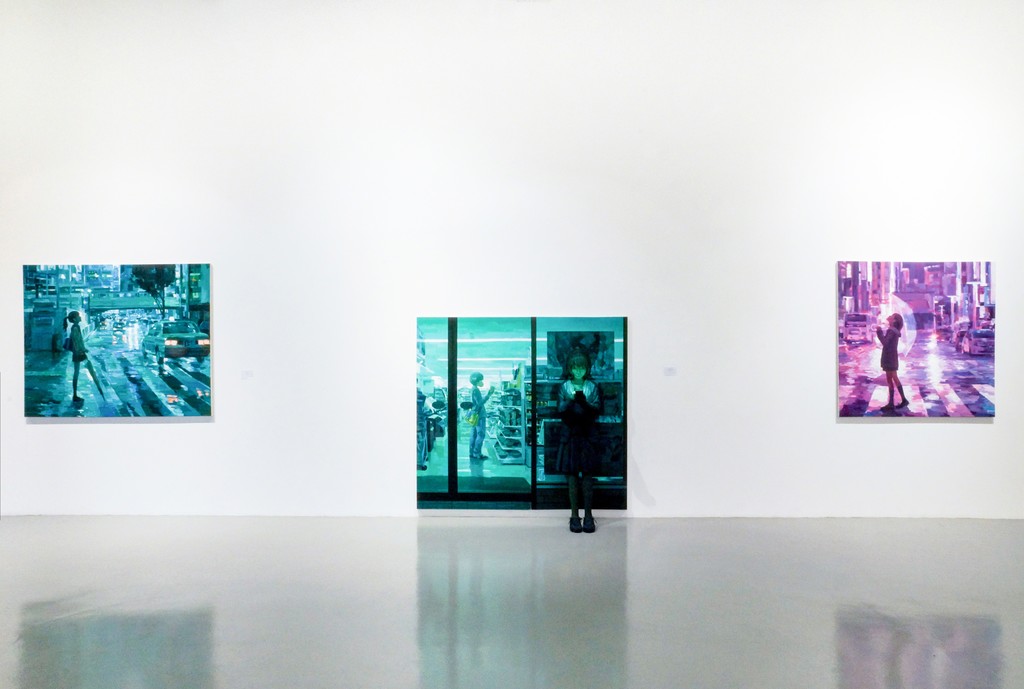 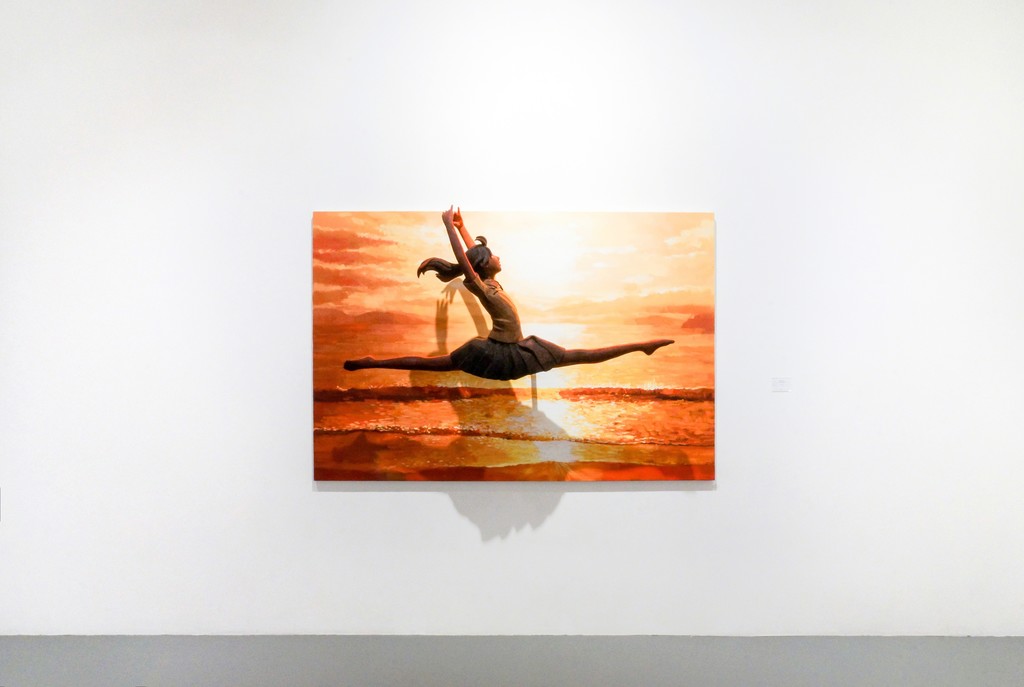 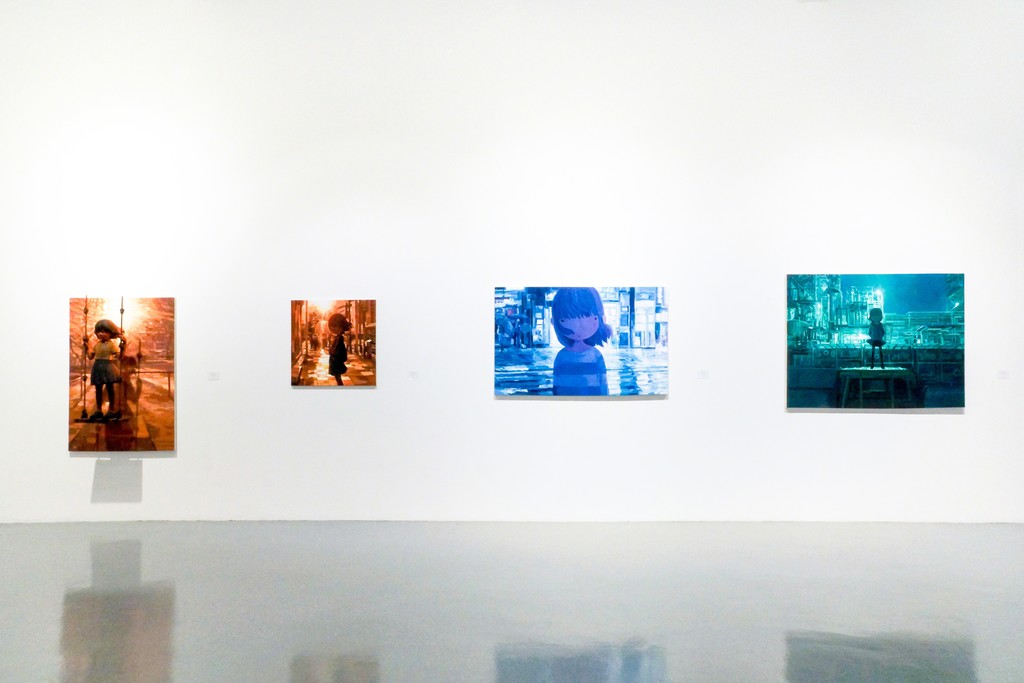 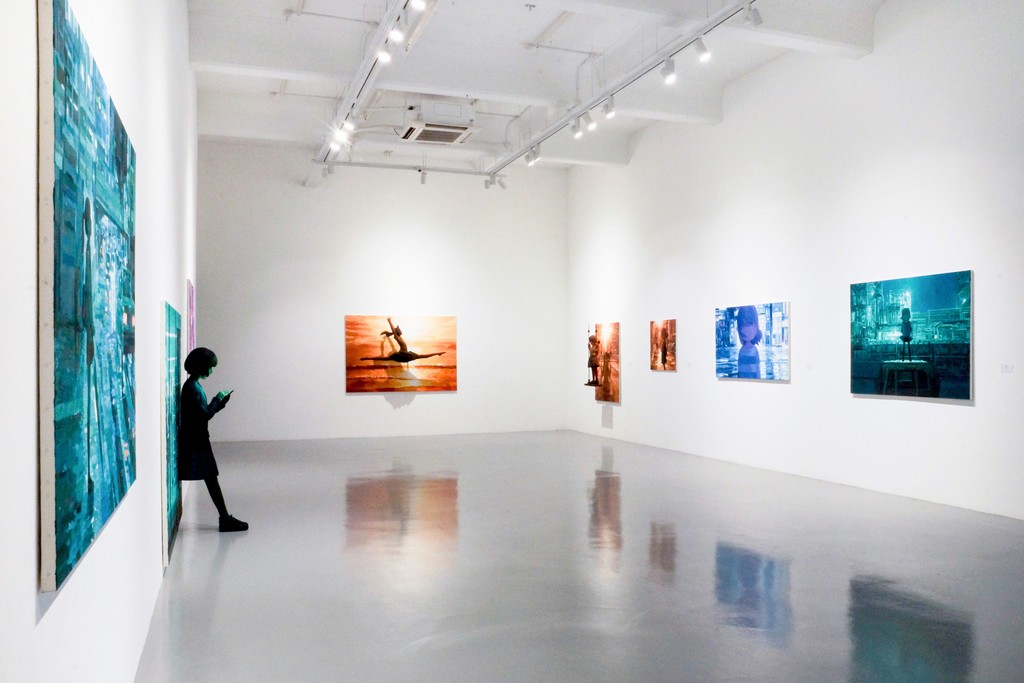 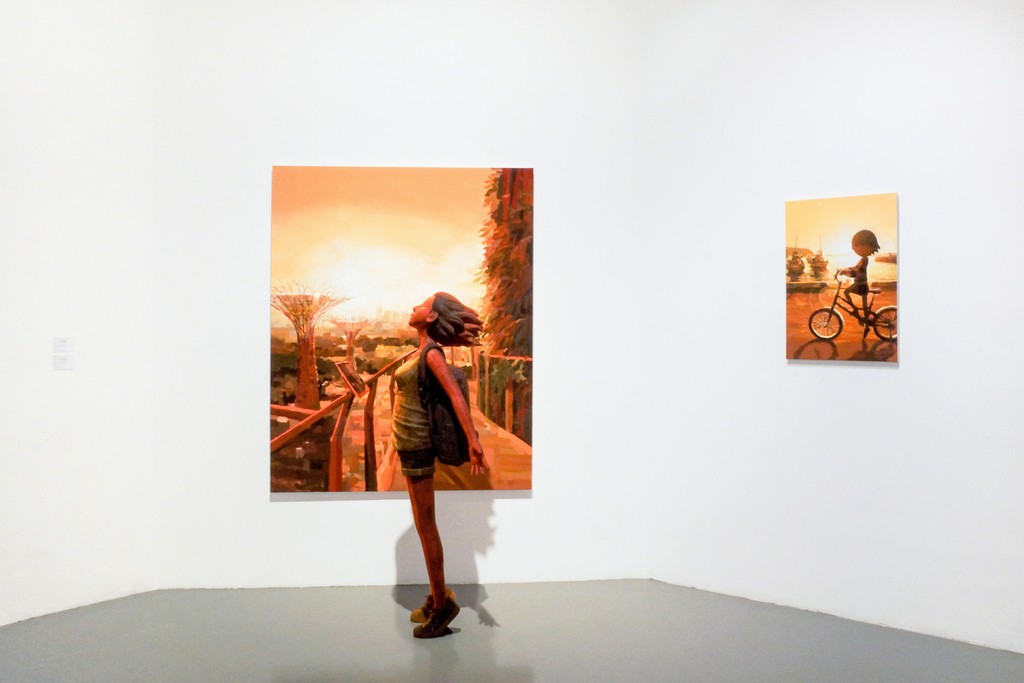 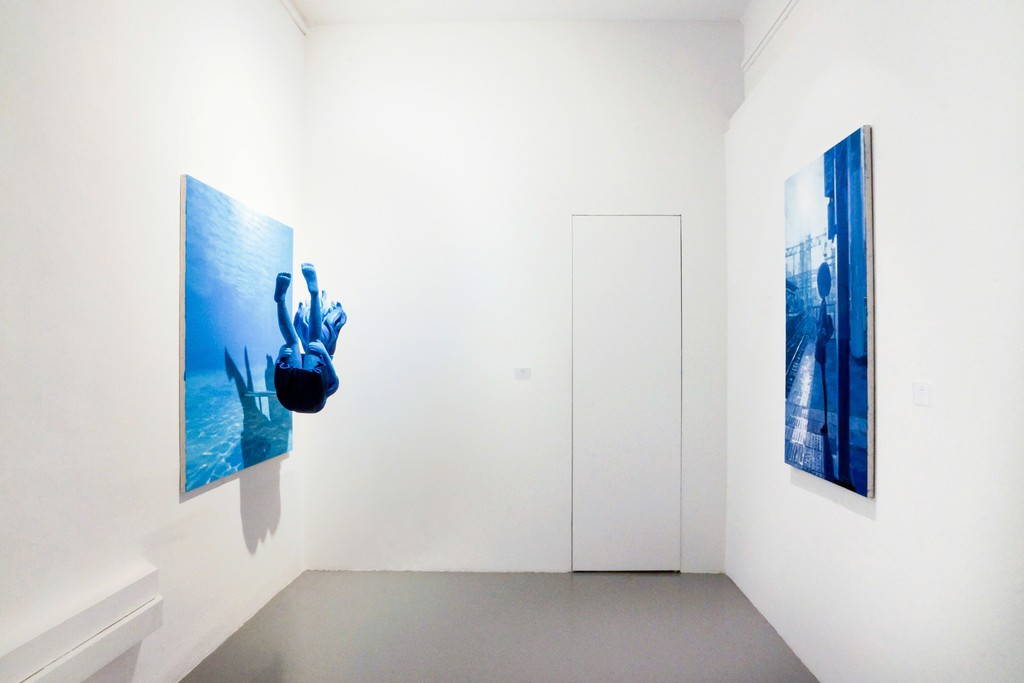 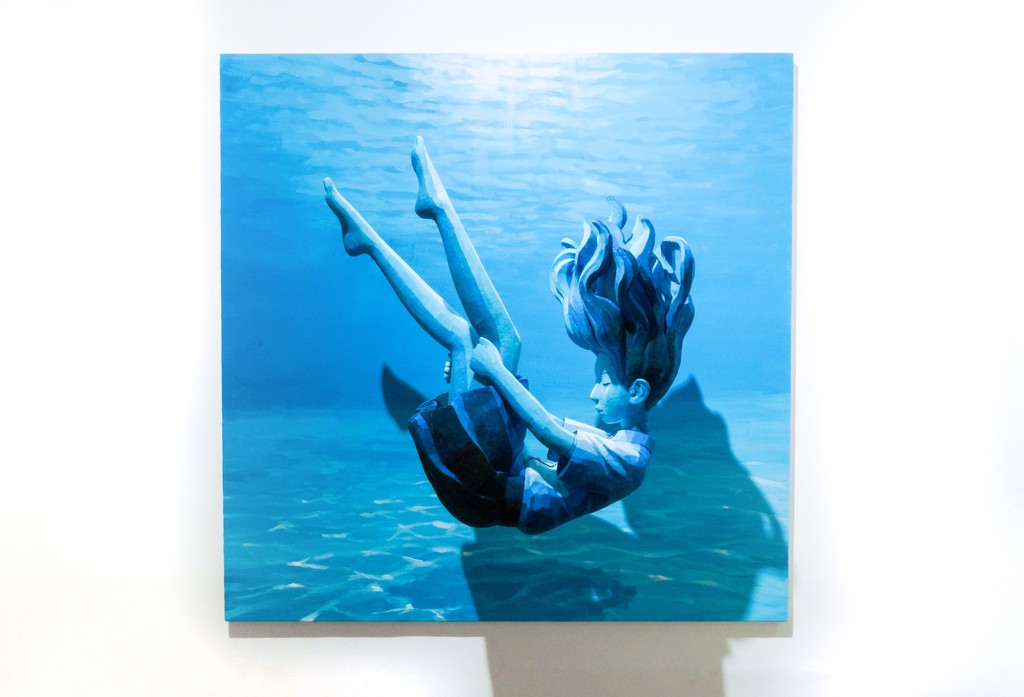 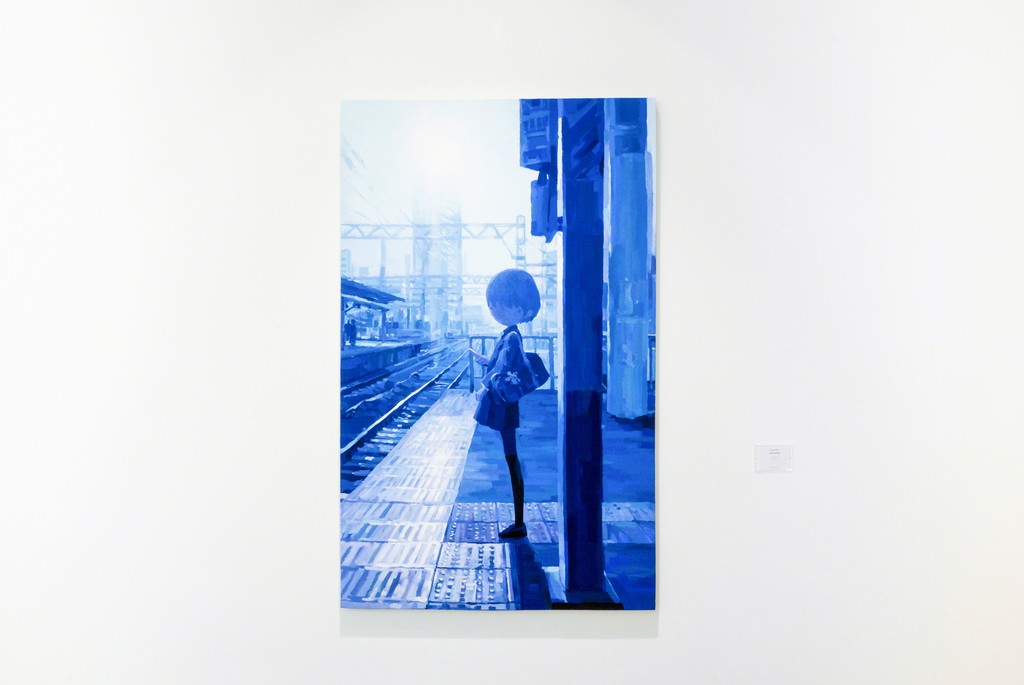 Recognized for his body of works that seamlessly blends sculpture and canvas to produce playful and dreamy three-dimensional paintings, Ohata depicts life-like scenarios of the simplest experiences in everyday life. With the sculpture placed in front of the canvas, colours and textures merge flawlessly to form a single painting. On the surface of the sculpture, each little piece of traditional Japanese paper of various colours is adhered meticulously, creating a harmonious coherence that reverberates with the rest of the scenery. What sets him apart is his distinct style of controlling colours, shade, and light, causing one to quickly assume that some kind of intense light source is present within his paintings. Through the use of similar tones to render the overall illumination, he not only creates an atmospheric effect, but also furthers the illusion of light in his paintings. This sense of dynamism and movement elevates the paintings to bring out an almost life-like quality.

When Ohata turned 40 a few years ago, he felt the need to reaffirm himself as an artist. Instead of focusing on his struggle to create great works that would make his art more convincing and powerful, he chose to capture these beautiful moments of everyday life and rebirth them as something fundamental and eternal by painting them. Through his works, he hopes to pass on those splendid moments to the viewers. The feeling of reminisce is predominately captured in Ohata's paintings. Through his eyes, we witness the dazzling and enfolding light of sunset, city roads on a rainy day, and the gleaming fluorescence of convenient stores at night. Amidst the rapid speed of life, Ohata urges audience to pause for a moment and take a breather.

For his first solo exhibition in Singapore, Ohata showcases a recent painting Deep Breath, that was drawn from his interest in Singapore’s Gardens by the Bay. To him, nature has been a fundamental part of this world since the beginning of time and it will never change regardless of human's existence. In Gardens by the Bay, nature and contemporary architecture seem to blend seamlessly. It was this fusion of old and new elements that he was interested in and wanted to incorporate into his painting.