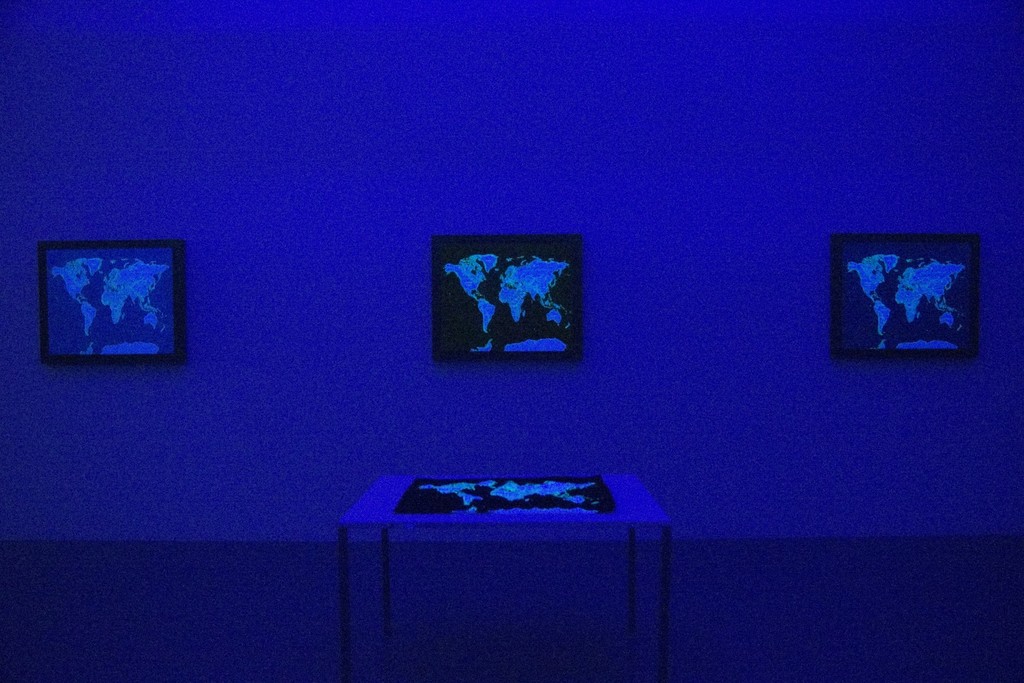 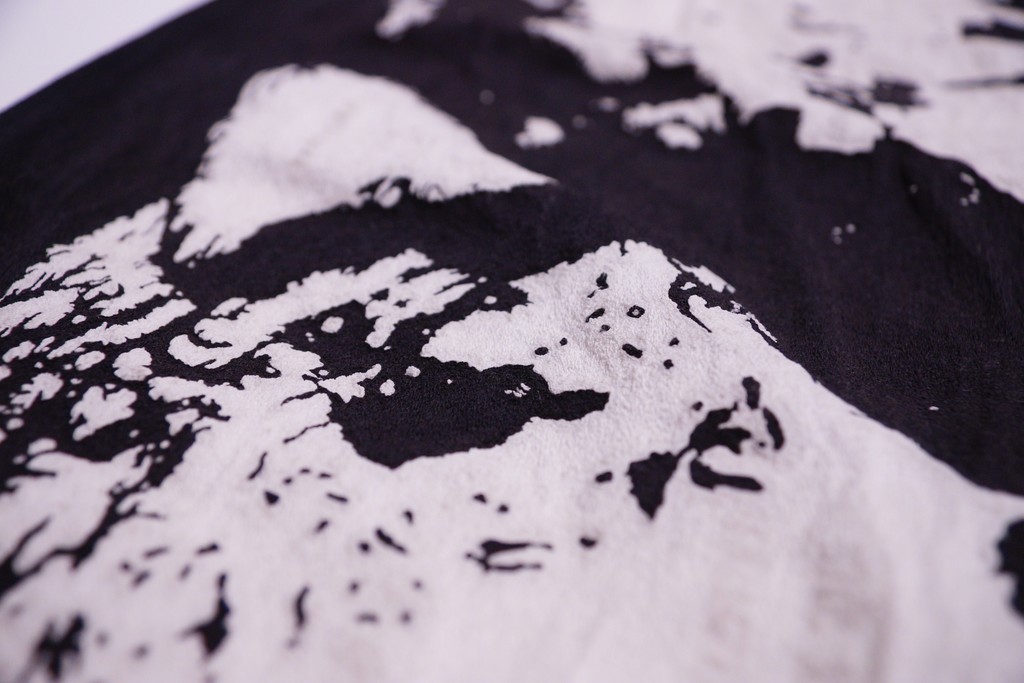 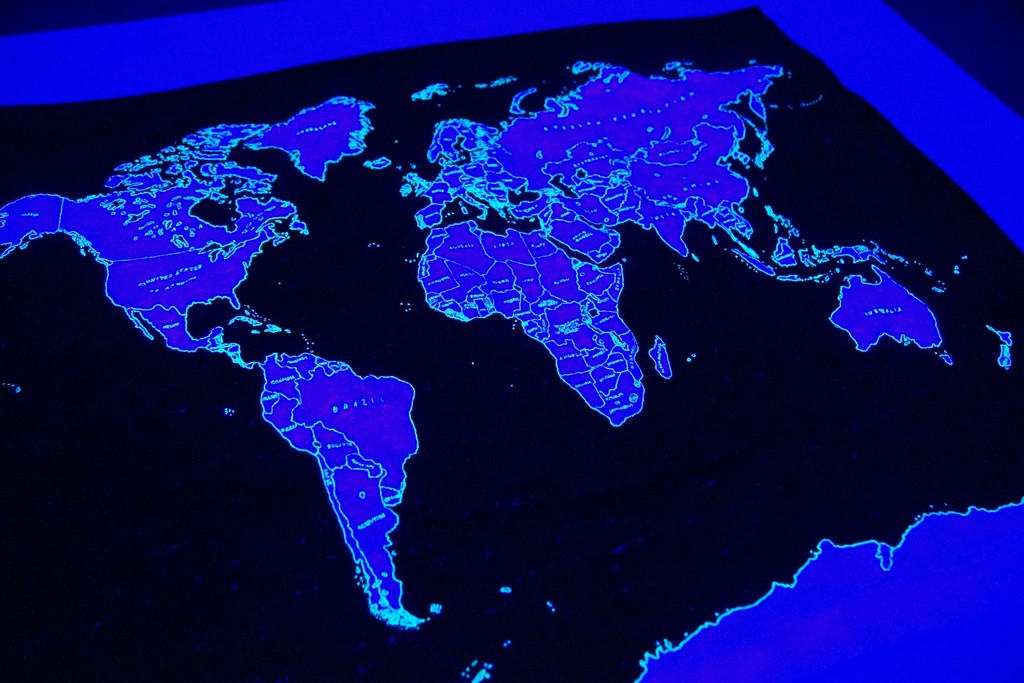 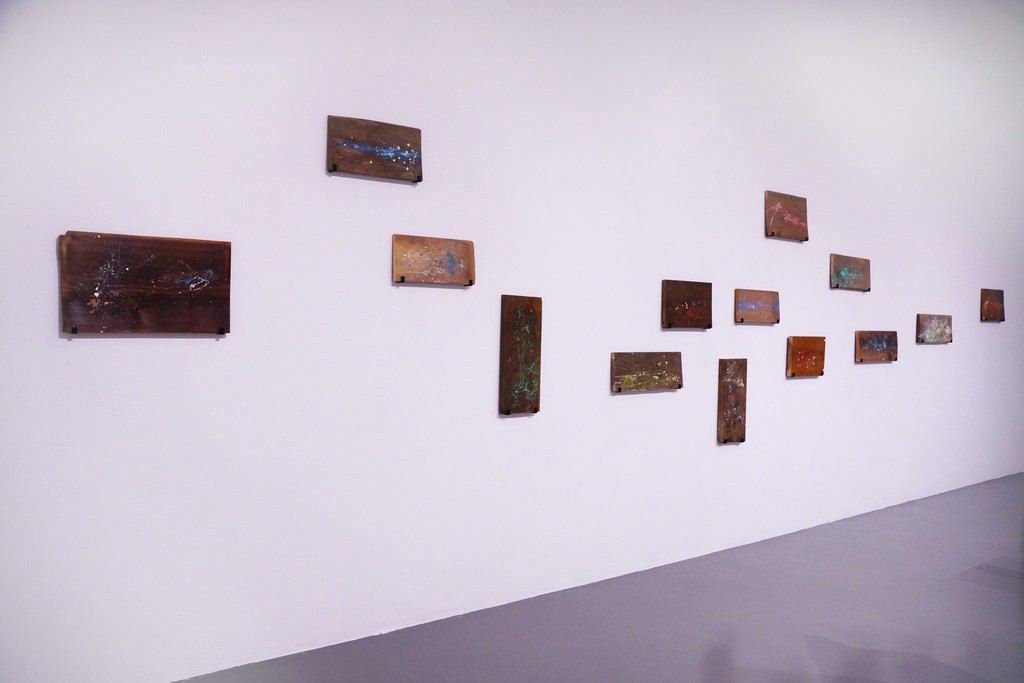 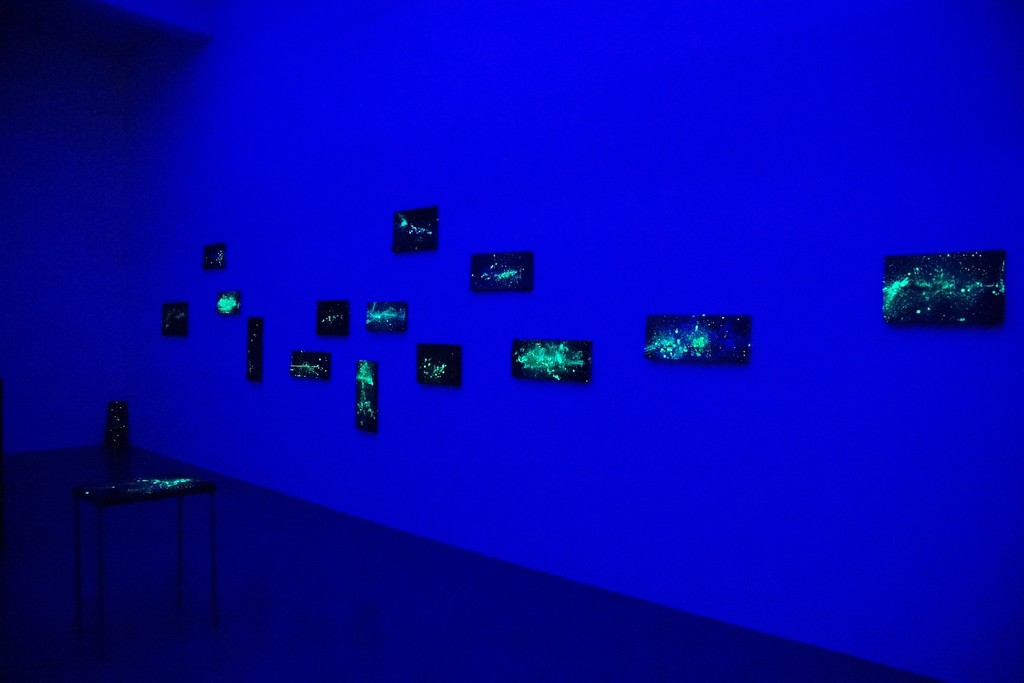 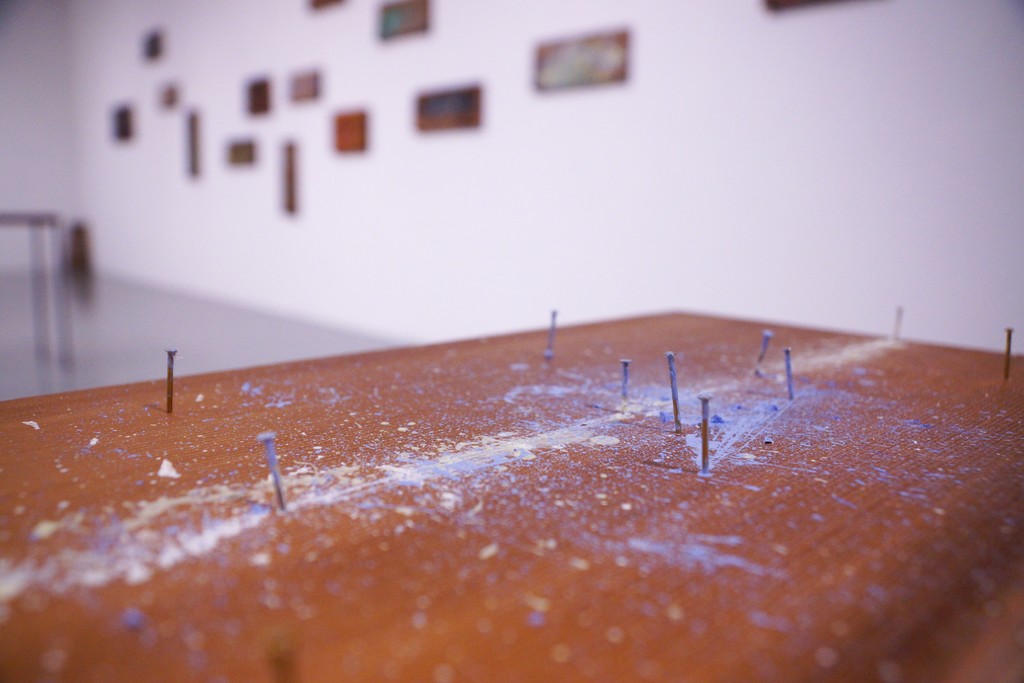 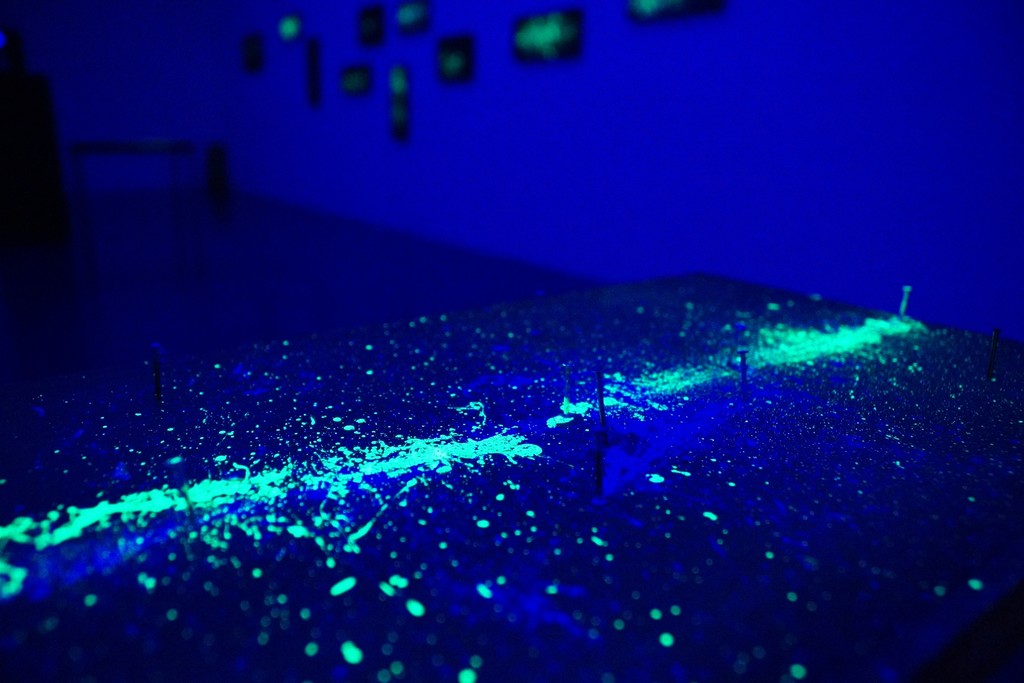 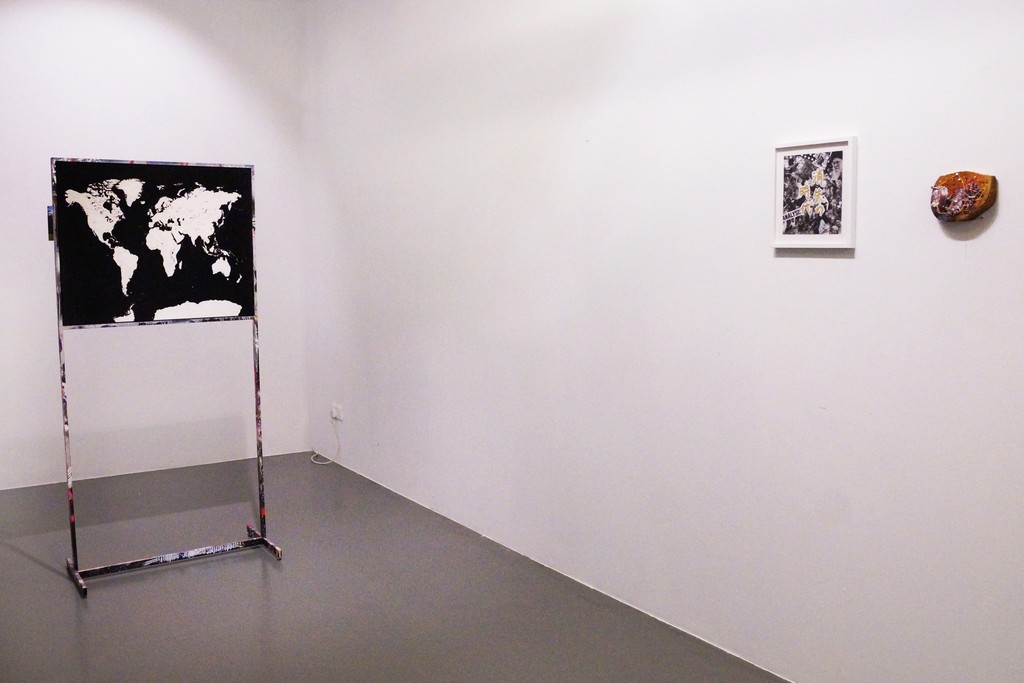 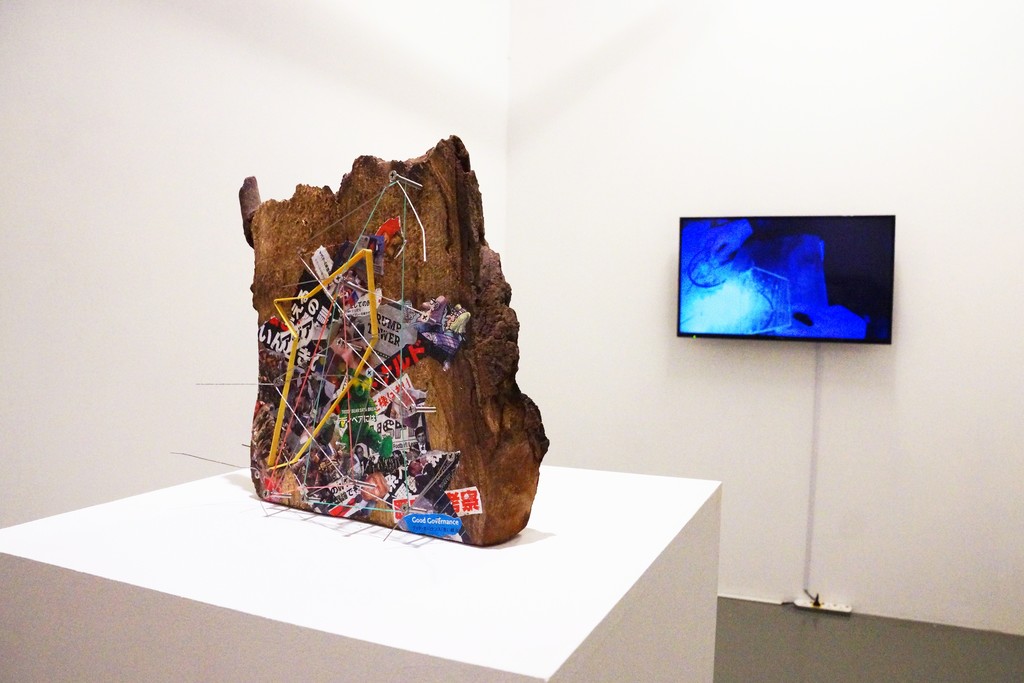 “Traditions, bodies, disaster, war, documentary media - it goes without saying that this is an age in which each of those is itself confronted with many different disappearances, but within that, I think the notion of what the nature of “art” will be in the future is very important.” – Satoru Aoyama

When talking about “The Age of Disappearance”, both Aoyama and Ikeda were eager to discuss the current social situation, with the fading existence of laborious, handmade creations standing against the brewing forces of advancement that come with our globalising world. This collaboration aims to take on the themes of documentation, disappearance, and regeneration.

Satoru Aoyama’s series, Map of the World (Dedicated to unknown embroiderers), evokes the now-classic “Mappa” embroidered world maps by Alighiero Boetti. Yet with a twist: the nations of the planet now appear only when fluorescent in the dark, underlining how the light of recognition for the work of the anonymous women craftworkers who made the original work is always merely intermittent. As ever, Aoyama demonstrates a combination of exquisite technique and sharp conceptualism, in a profound work which raises questions about the fine line between authorship and unacknowledged labour, or between skilled craft and high art. In this, he treads an audacious path, linking the struggles of his own generation to pursue vernacular and technical work in a globalising art world. Alongside Aoyama's embroidery, the works of musician Ken Ikeda use the action of producing sound to suggest the theme of regeneration. Presented through a primitive way of creation, Ikeda's work comes to life through elastic bands stretched taut across pieces of wood boards, resulting in the creation of instrumental drawings made with luminous paint. Ken Ikeda will perform a series of musical pieces alongside a live video performance by Satoru Aoyama on the opening night.