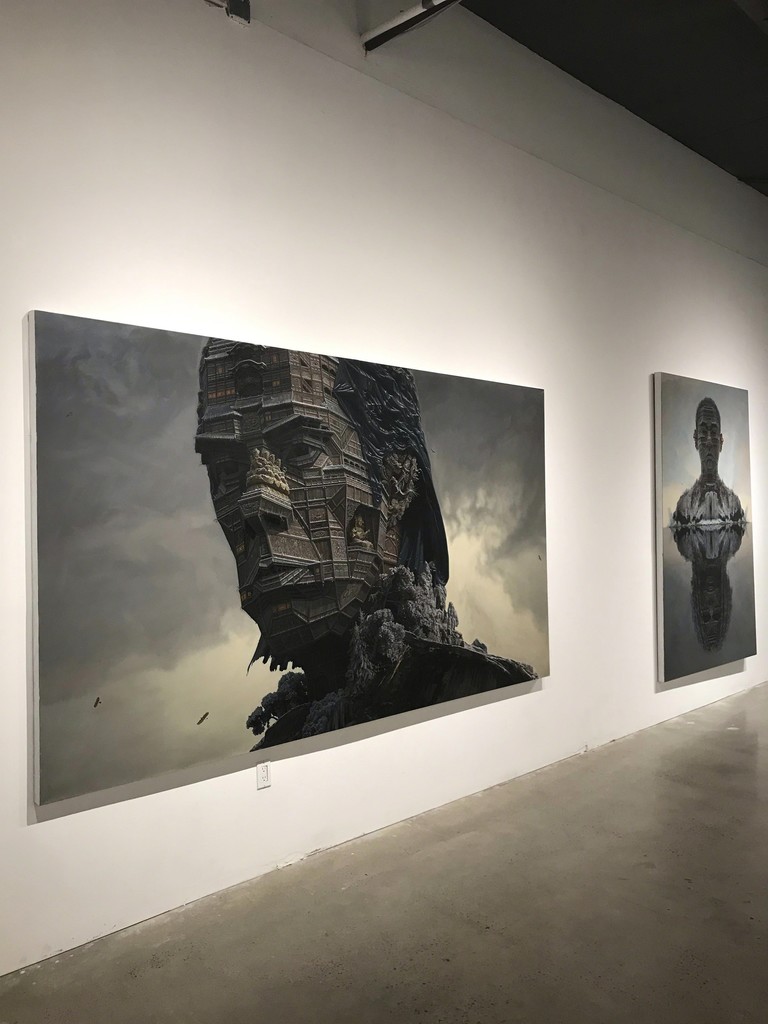 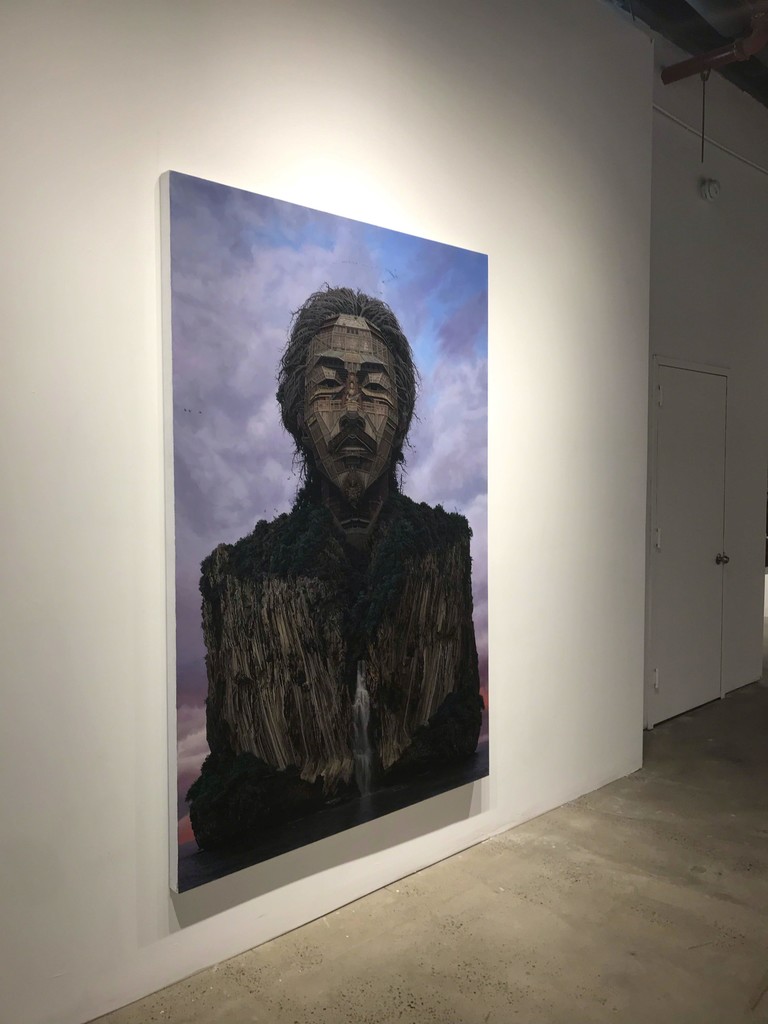 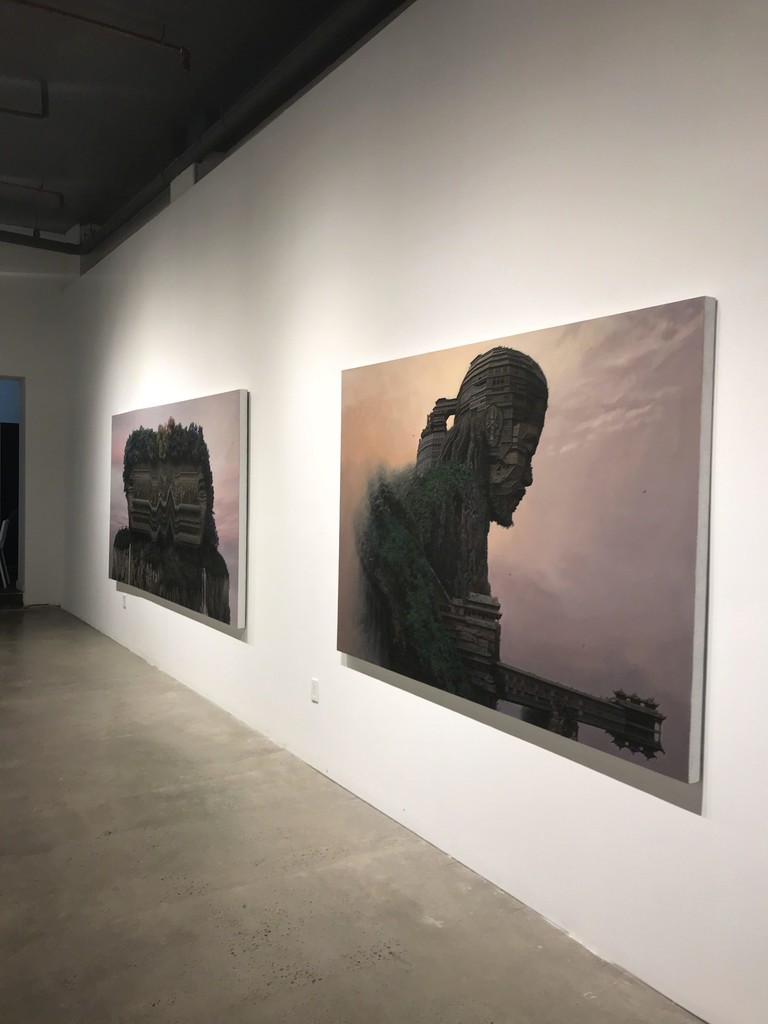 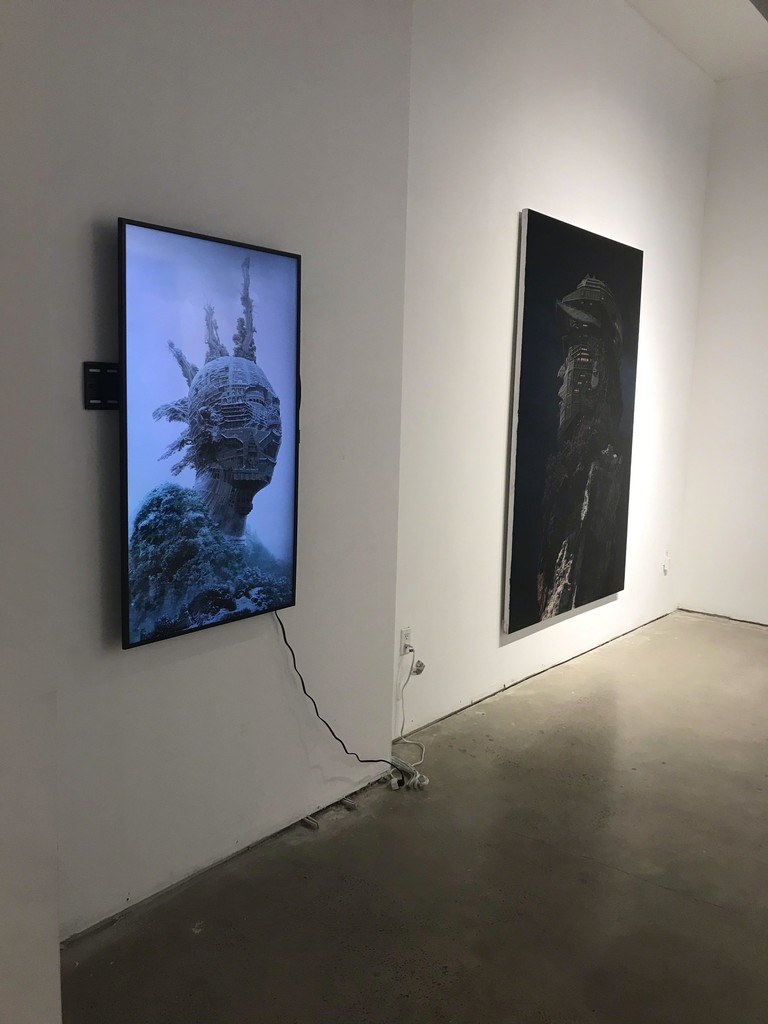 Kun started painting under his father’s influence at the age of four, eventually graduating from Central Academy of Fine Arts in Beijing with a major in Painting. Today, he lives and works in Tianjin, and is renowned worldwide for his brilliant, innovative techniques.

Developing from the mystical, atmospheric cityscape paintings of his earlier career, Du Kun has advanced towards a method of expression that melds religious allegories with social critique, provoking reflections on the larger impact of the human condition. Du Kun has worked on his new series, “Revels of the Rock Gods” since 2014. Also a musician, Kun imbues his creative process with a fusion of rock ‘n’ roll stars, traditional Chinese architecture, and cultural mythology – fusing the iconography of modern music “idols” with “idols” found in traditional temples. At once contradictory and evocative, these motifs create a thoughtful, generative tension, prodding viewers to question their ideological allegiances.

In this exhibition, Kun will show a suite of new pieces. The exhibition’s title references Mount Sumeru, both a Hindu and a Buddhist mythological mainstay. According to legend, it is believed that there are three thousand different worlds, and Mount Sumeru sits at the center, surrounded by the eight seas and eight mountains where heaven, hell, and the mortal world coexist. In “Sights”, Du Kun envisions the modern musical milieu of Mount Sumeru. He has placed his beloved titans of music at the helm of human spirituality.