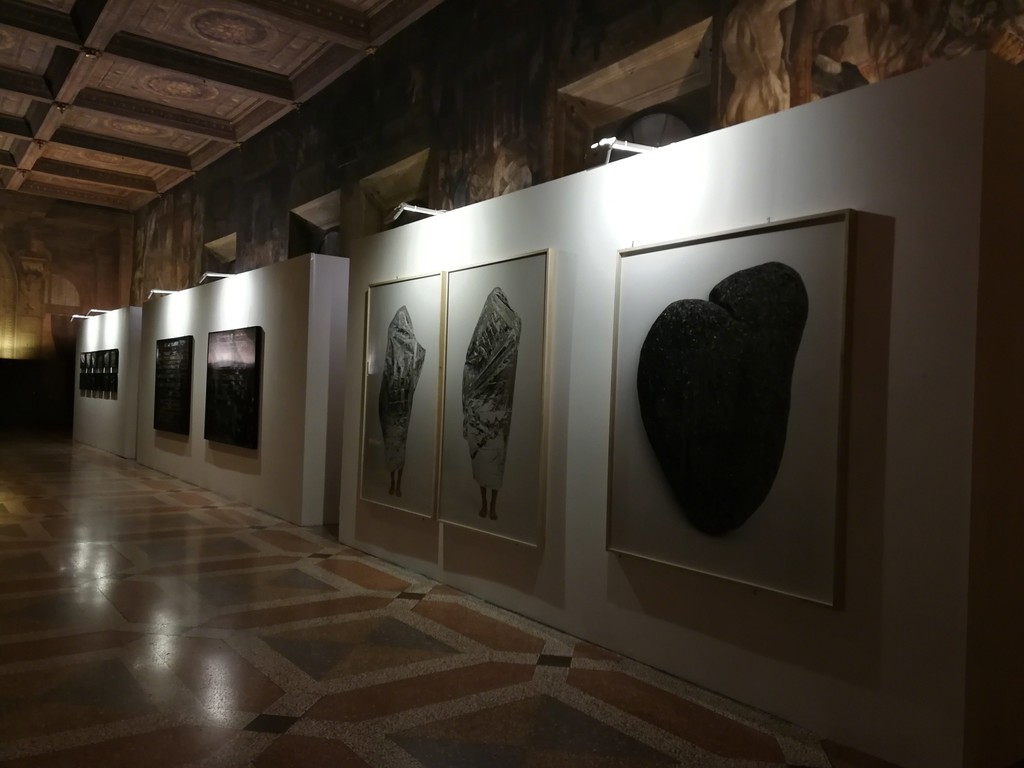 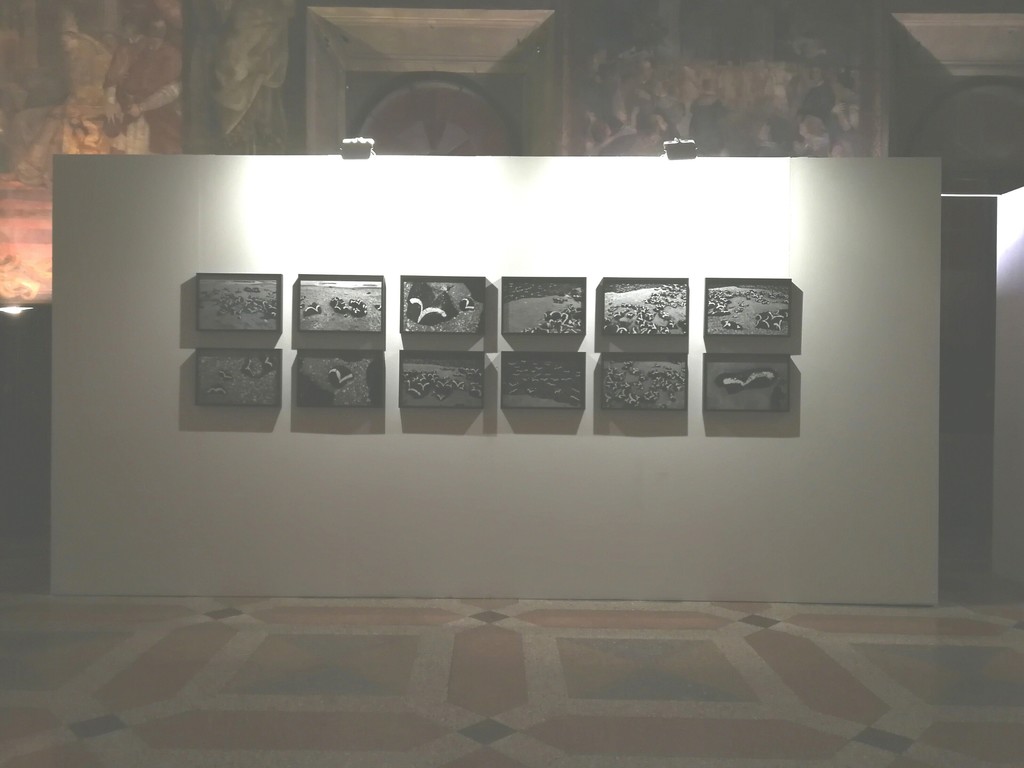 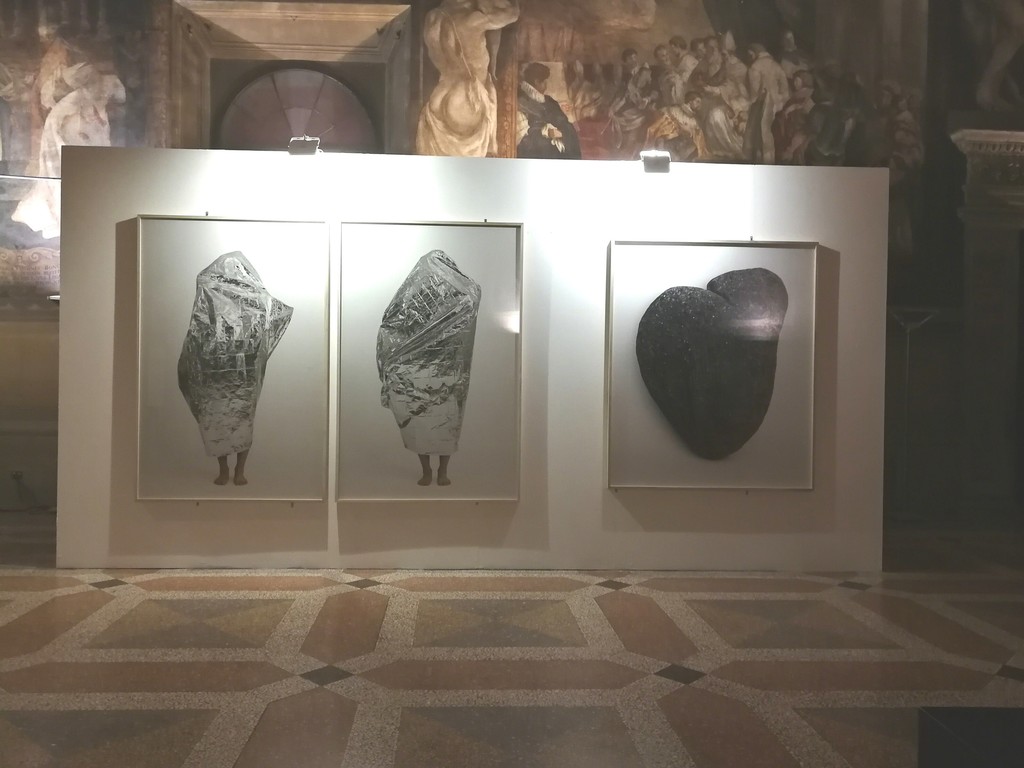 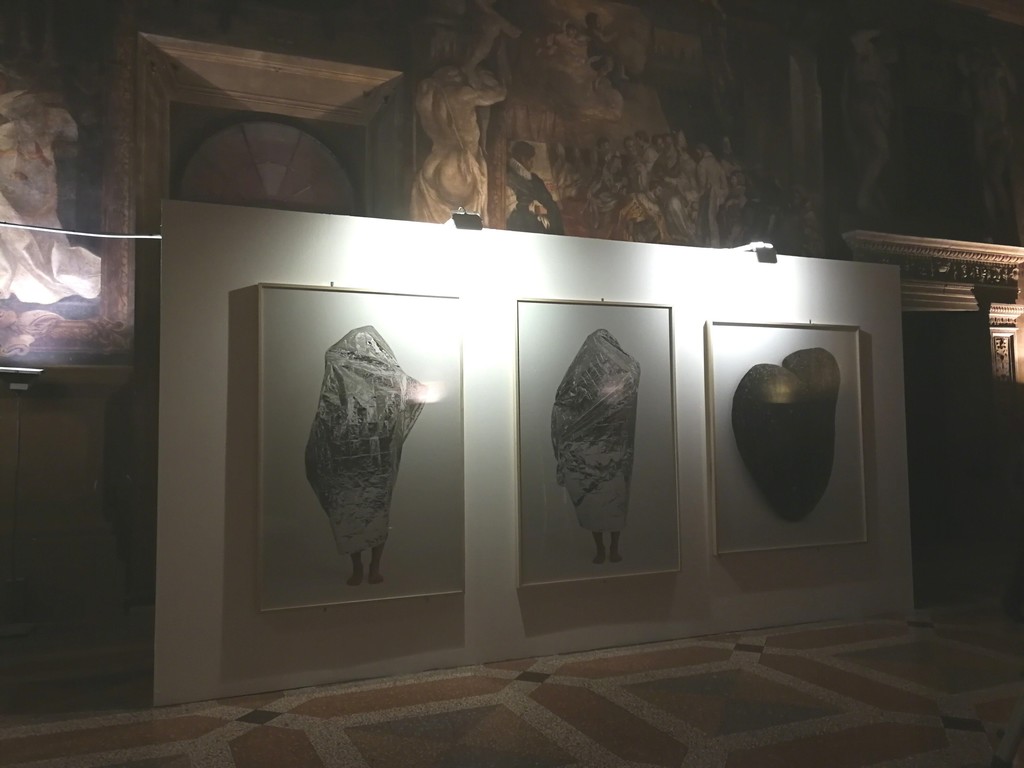 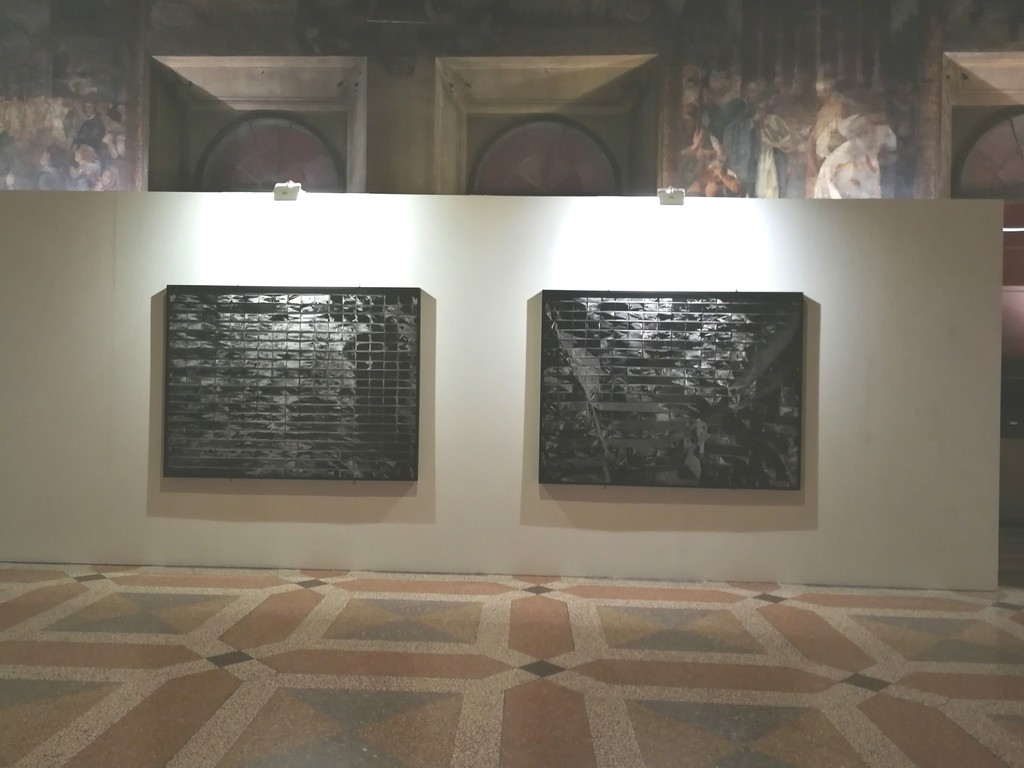 In this selection of works on show at the Palazzo Accursio in Bologna, the research of Mario Cresci knows a further passage opening up to the human drama of the great migratory flows.
They are images of a crisis, in which the aesthetic force assumes a precise ethical value. The photographic field, that of sociology and politics, merge and the photographs, far from the world of photoreportage, are proposed as absolute, strongly evocative images. This is the case of Segnimigranti, a series born from the emotion of the artist for the tragic death of over three hundred migrants in the waters of Lampedusa in October 2013. On the beach of Giardini Naxos the black lava boulders were marked with white tempera, a reference to the body painting of the African world: numbering of bodies, but also liberating flight of seagulls. Here drawing and photography intertwine, because Cresci traces an essential, white mark, almost to mark the ground in a delicate but definitive way, to tell the victims of the shipwrecks, the absentees at the landing, the missing without name. The sign photographed becomes at the same time story and assumption of responsibility, the artist takes care of the tragedy taking it upon himself, through the performative gesture, with the essentiality of a feeling of pietas.
To the images of the figures wrapped in thermal blankets (Icona, 2016), used in the rescue of the survivors, the artist attributes the plasticity of the sculpture. It is not a simple and pure search for form, but a transfer of meaning, a shift, a translation, beyond the moment of representation. They are faceless humans because they have lost their identity, just like every other material good: they are the essential icons of a "landing place". In this sense also the abstract interpretation of thermal blankets. (Black silver, 2016) becomes a symbol of welcome and tender protection. While the inexhaustible capacity for transformation of fire becomes, in "Incandescenze # 02", a black heart of lava stone, symbol of a place, Lampedusa and of a desired capacity of hospitality.
Being present at one's own time means avoiding self-reference, staying attached to a technique, to a theme, to become reliable witnesses of a humanity, in this case painful and migrant. The same choices of Cresci's artistic poetry demonstrate without interruption over the years, the presentation of issues not only aesthetic but political, ethical, cultural, of great depth and importance.
Mario Cresci. Since the sixties he has been the author of eclectic works characterized by a freedom of research that goes through drawing, photography, video experience, site specific. He is among the first authors in Italy to apply the culture of the project by combining it with experimentation on visual languages. In 2004 he made his first anthology "The houses of photography. 1966-2004 "at the GAM in Turin, while in 2017 he summarizes his fifty years of artistic activity in the exhibition" La fotografia del No. 1964-2016 "at the GAMeC in Bergamo. From 2010 to 2012 he realized the project "Maybe Photography: Through art; Through the track; Through the human "with a traveling exhibition in the museums of Bologna, Rome, Matera and public, for the types Allemandi Editions, the homonymous catalog, a volume full of critical texts and images on his work. Participated in the Venice Biennale of Art in the years '71, '79, in '93 in "Paper Walls. Photography and landscape after the avant-gardes "and in 2013 in the review of the exhibition" Viaggio in Italia "(1994). Some of his photographs are in the collection of MOMA in New York. Many works are collected in different collections of art and contemporary photography of known permanent museum collections. He currently teaches at the ISIA University of Urbino and at the Photography Foundation of Modena. He lives in Bergamo.