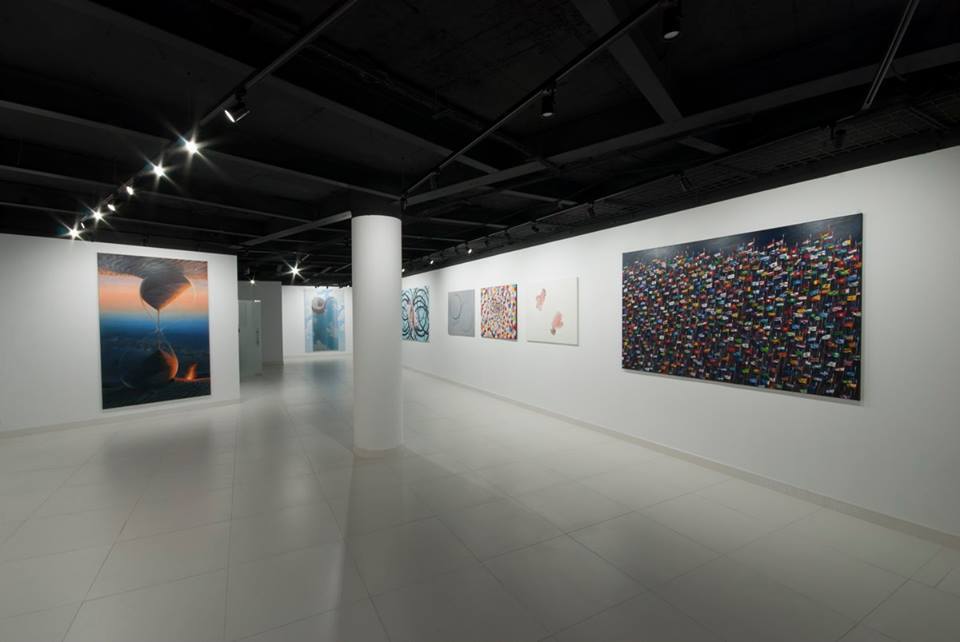 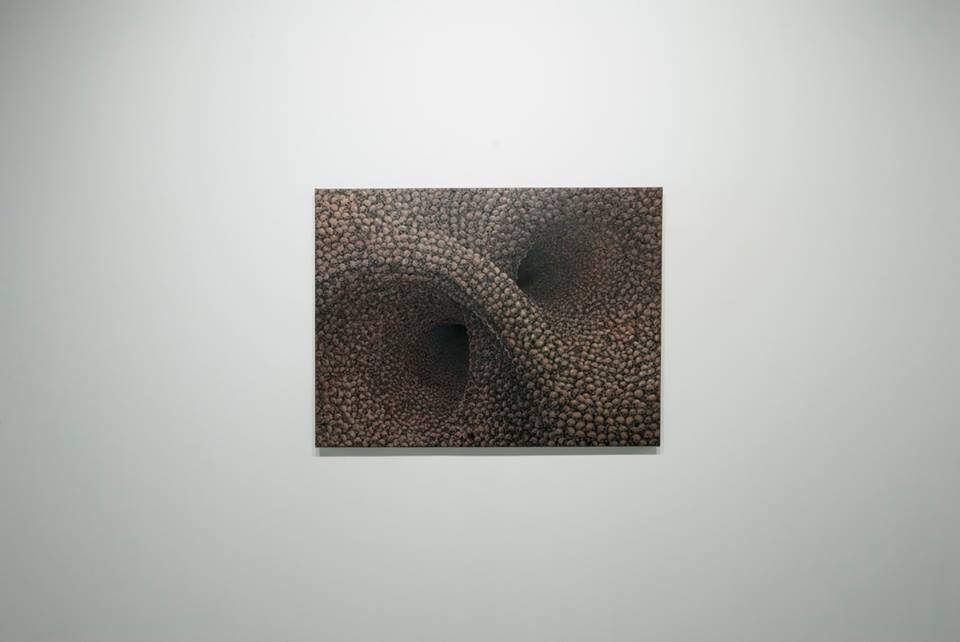 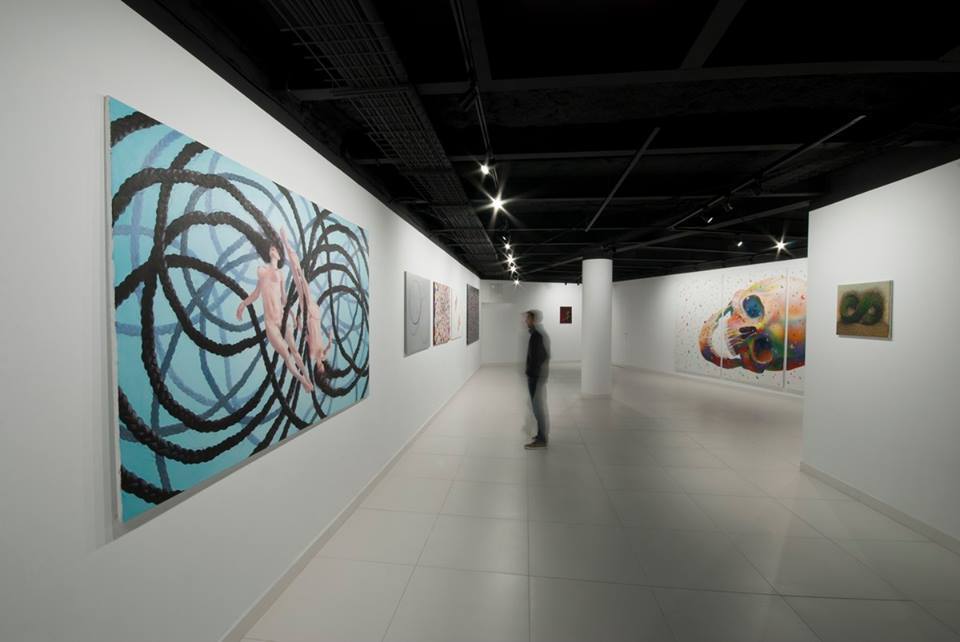 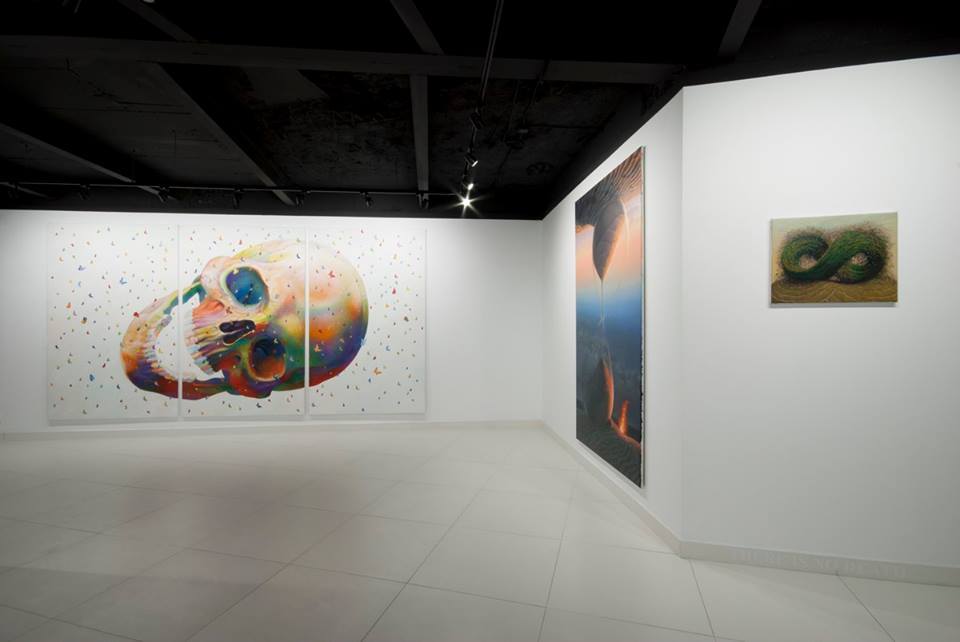 A BIGGER PICTURE
by Simon Hewitt
ROMAN TOLICI is an artist of a complexity the SIMVLACRVM exhibition at Mobius Gallery makes no attempt to fathom.
I first saw his works in 2008 at Bucharest’s Muzeul Naţional de Artă Contemporană: a vast, Ceaușescian space where paintings can easily lose themselves. Tolici’s paintings (dominated by his Park series) occupied it and my mind.
Their understated poetry, photographic realism and pursuit of mundane subjects made me think of the great Russian Non-Conformist Semyon Faibisovich. But, underpinned by a strong horizontal emphasis, Tolici panned out from Faibisovich close-up to reveal the bigger picture – eschewing Faibisovich’s attempts to coat mundanity in poetic blur.
It came as no surprise to learn that Tolici had graduated in Graphic Art. His technique is razor-sharp.
In 2010 I curated an East European Art section at the Budapest Art Fair. It included works consigned by three Romanian dealers: Maramureș passionara Anca Poterasu; Diana Dochia (represented by Tara von Neudorf); and Liliana Popescu – then late of H’art Gallery, now of Haarlem – who selected Roman Tolici’s Crown.
This particular Tolici showed a drunken ‘monarch’ lurching on a staircase, his bombast in the gutter and his crown about to come tumbling after: a king, as Genesis put it, ‘dancing in the rain.’ The mood was part Alice In Wonderland, part Ecclesiastes.
Vanity of Vanities, sayeth the Preacher. All is vanity. A simulacrum.
*
Many artists, after achieving success, stick to the style that has brought them it. Not Tolici. Although his brushwork retains its Ingresque precision, now with an even defter touch, his vision has morphed from photo-realist to surrealist. It is impossible to explain the eleven paintings in SIMVLACRVM in rational fashion.
They come in different sizes and formats – some large, some small; some vertical, some horizontal; one can even hang at a diagonal. There is humour, irony, hope, hopelessness, magnificent painting and neo-Vorticist spatial awareness. Some canvases are busy, others almost empty. The underlying message? You tell me. Each work creates a world of its own. These paintings exist to be absorbed.[...]
Out of Tolici’s final riddle in his SIMVLACRVM series – out of Death and Finality – comes forth Beauty: fluttering and ephemeral.
The repetitive titles of the works in SIMVLACRVM – all beginning with There Is No and all, apart from the last, ending in a single syllable – build a repetitive, incantatory Thou Shalt Not rhythm evocative of the biblical Ten Commandments. Yet there is nothing religious (as far as I know) about Tolici’s paintings. They are, however, contemplative, spiritual and mystical in mood, with something of the altarpiece about them.