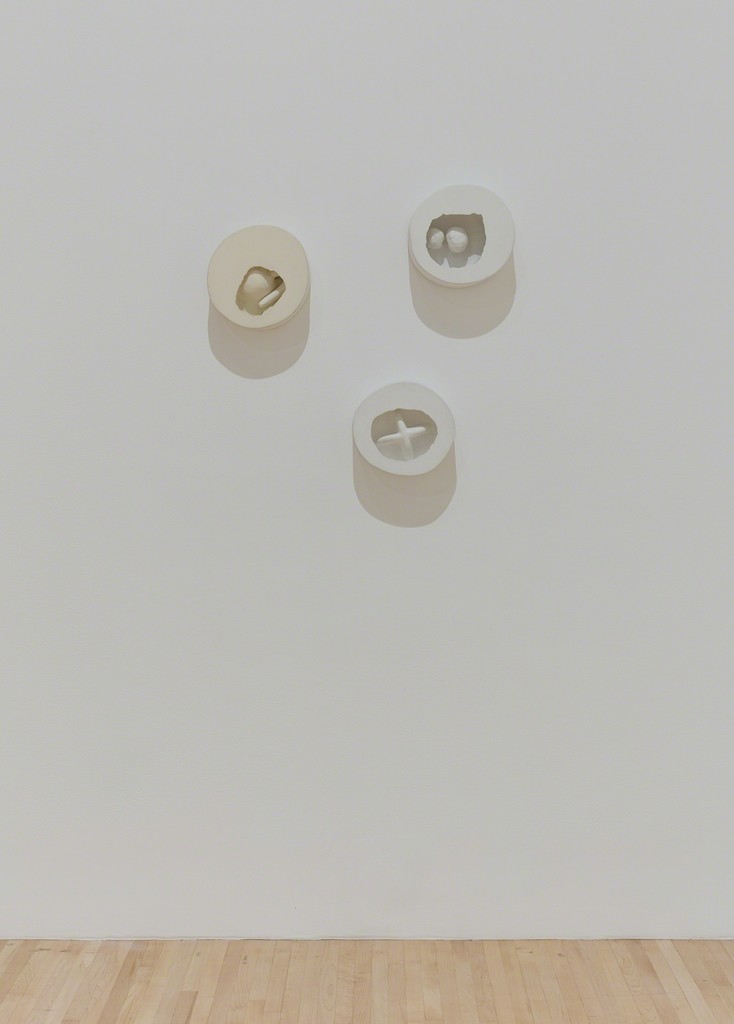 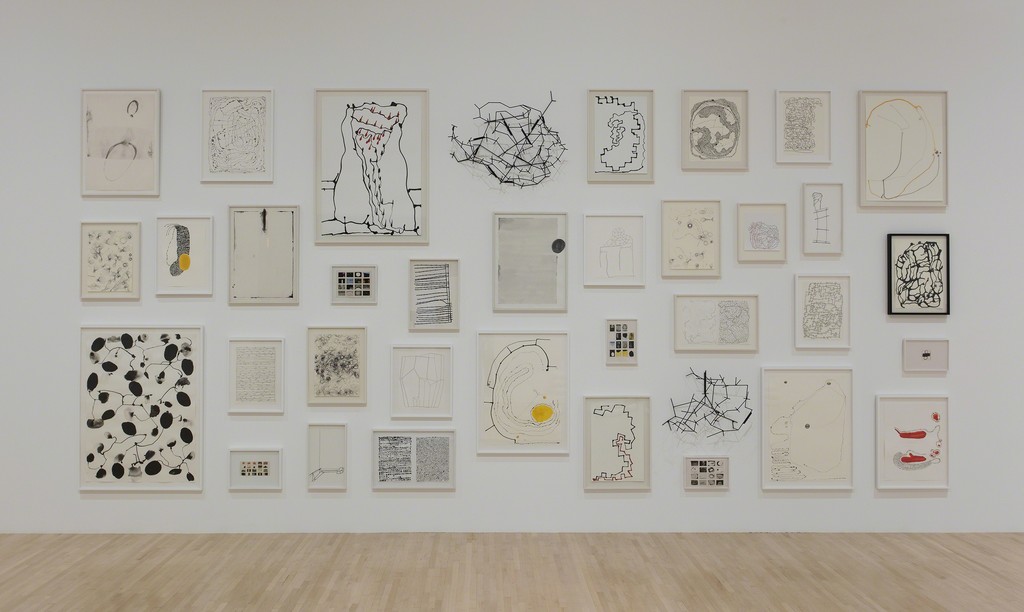 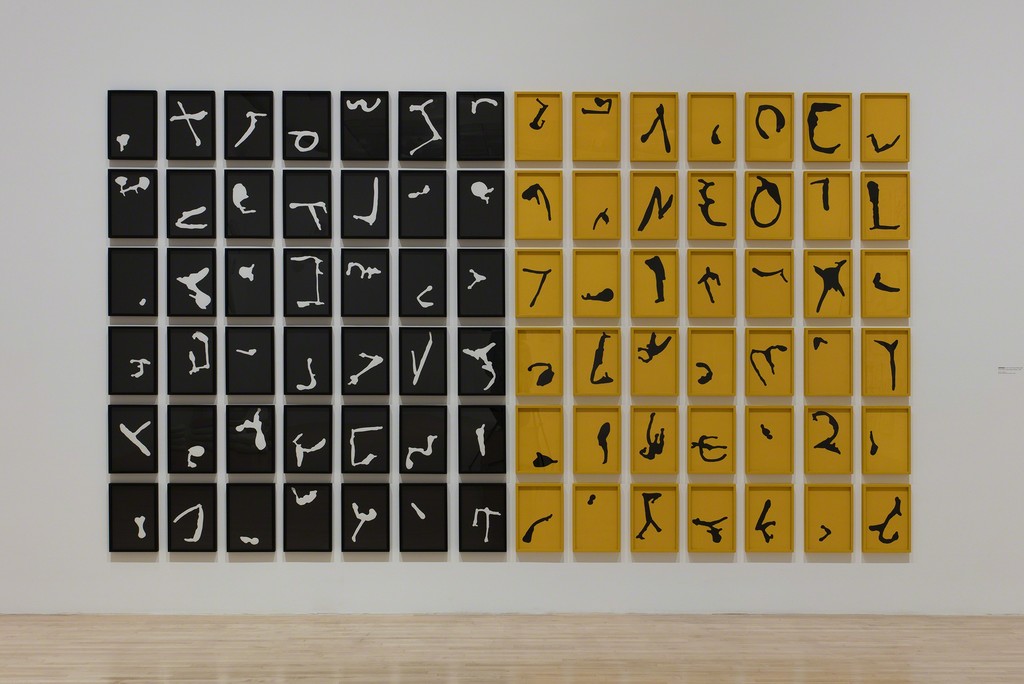 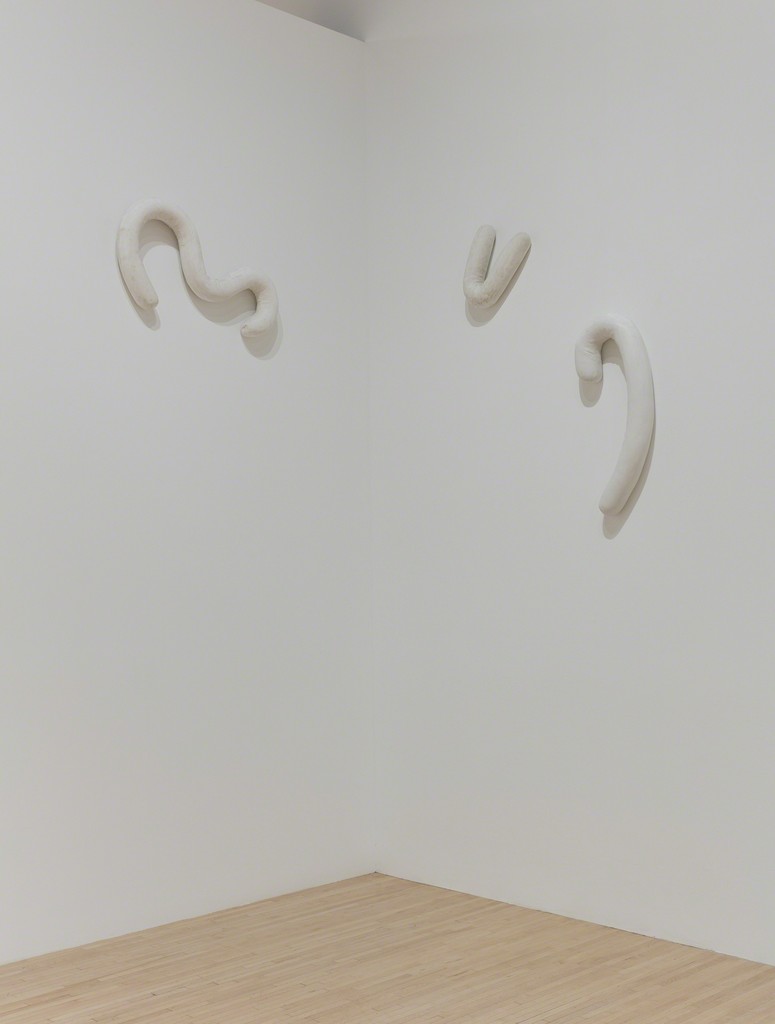 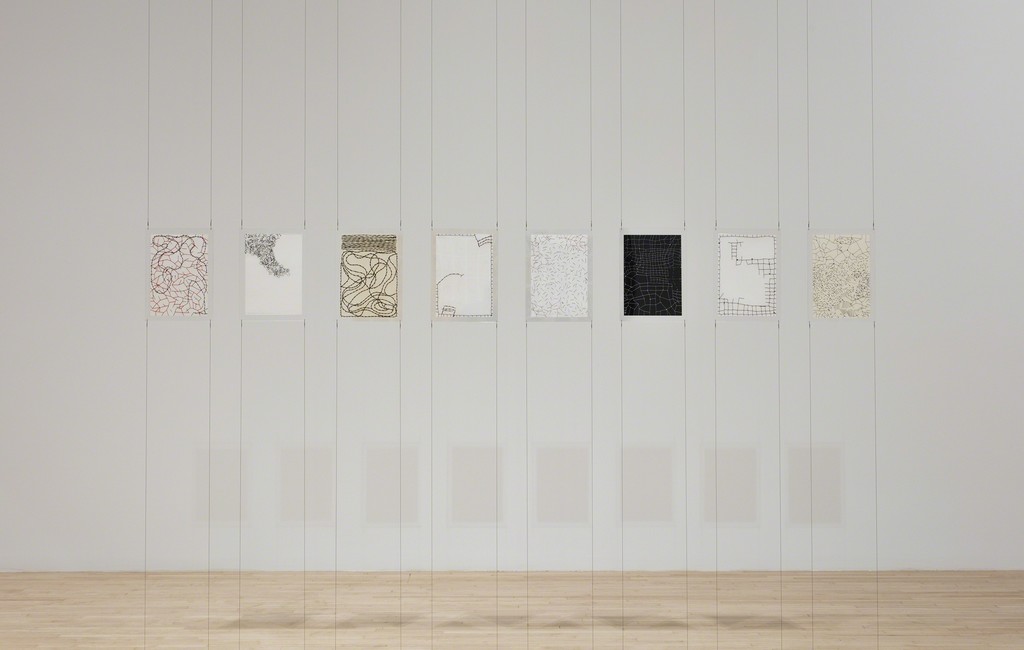 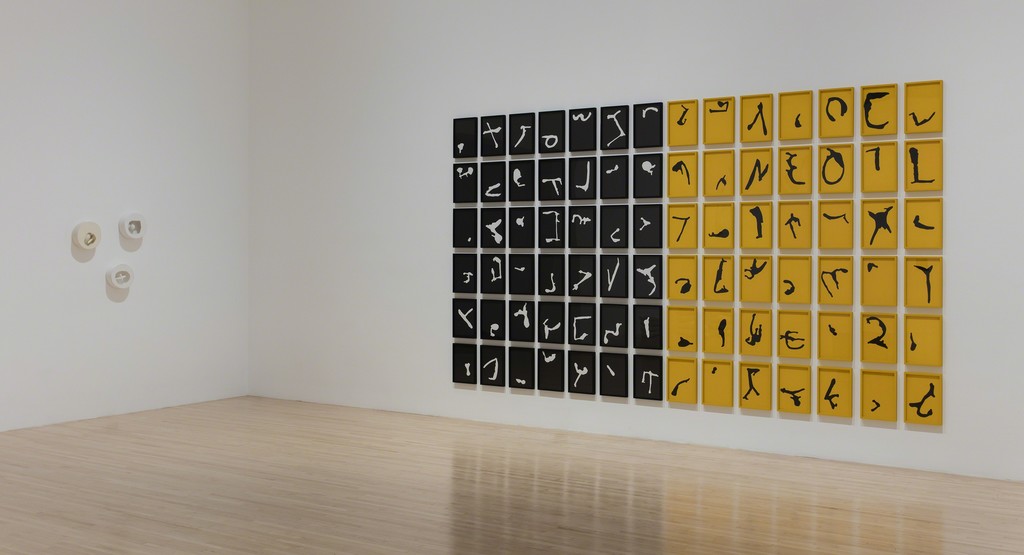 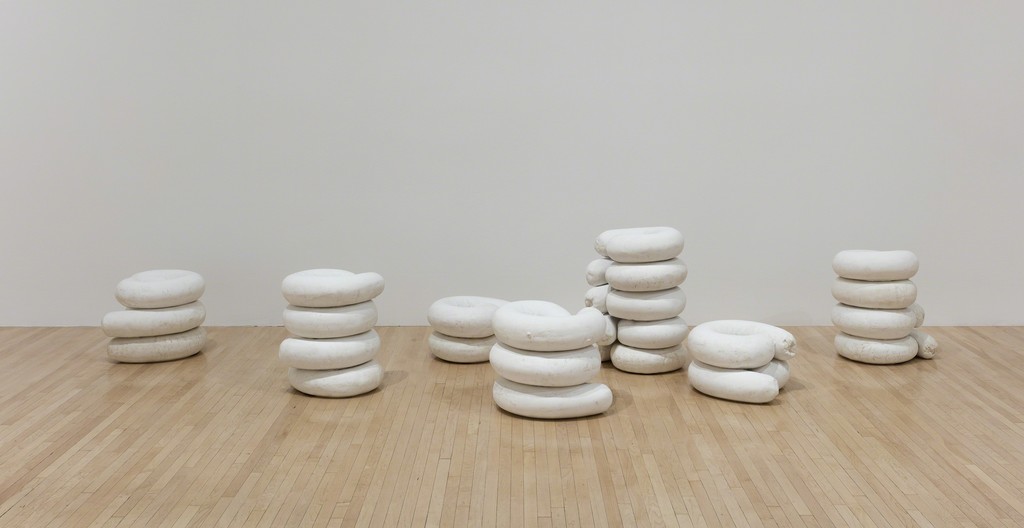 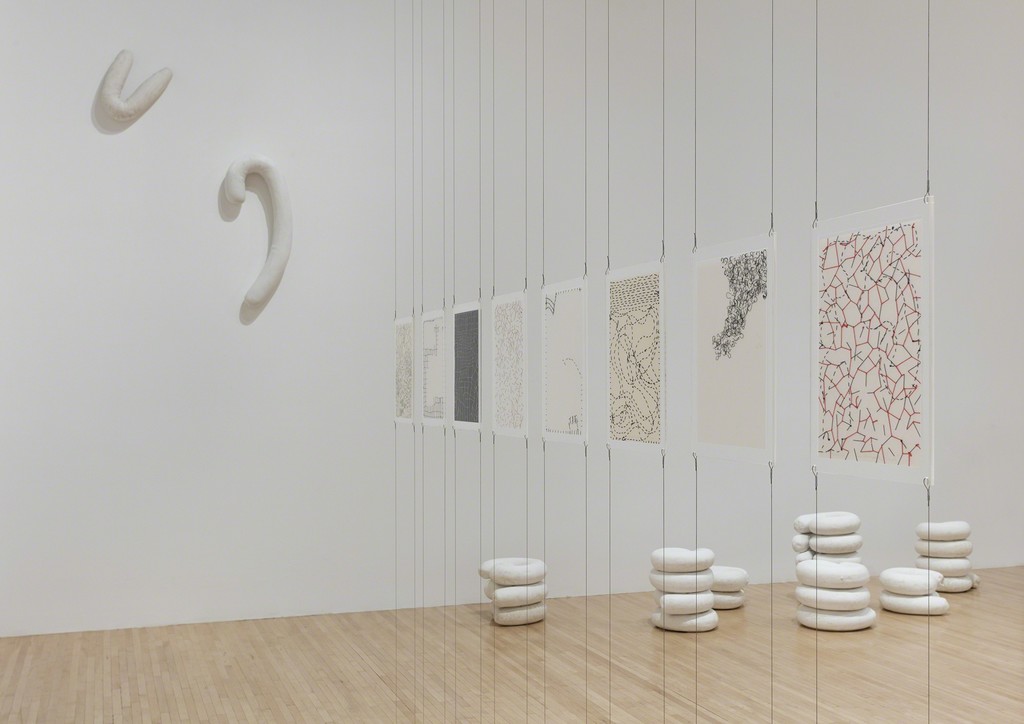 As part of Pacific Standard Time: LA/LA, The Museum of Contemporary Art, Los Angeles (MOCA), presents Anna Maria Maiolino, the first comprehensive U.S. museum survey of work by artist Anna Maria Maiolino. The exhibition considers five decades of her varied artistic practice including printmaking, drawing, sculpture, photography, video, and performance. From her early woodcut works and performances, which spoke directly to the tense political atmosphere during Brazil’s military dictatorship, to introspective paper works that express the feelings of alienation and marginalization that arose from her status as an immigrant, Maiolino’s work is uniquely capable of tracing the course of the movements that define Brazilian art history. She channels these through a personal, psychologically charged practice that charts her own introspective path as migrant, mother, and artist. Although she has been the subject of various exhibitions in Europe, Maiolino is only now beginning to be recognized in North America for her accomplishments. Her work is ripe to be explored within new contexts, given that it parallels, and in some cases presages, larger dialogues and processes that defined artistic developments during each period of her five-decade long career. This exhibition will cover the full range of Maiolino’s oeuvre from the early 1960s through the present with an equal focus on its socio-historical dimensions—particularly the issues of migration, linguistic competence, feminism, dictatorship—and the ever-present dialectical tension between art and life, between the timeless and the everyday, between what can be said and what is felt. Maiolino was born in Italy in 1942 and immigrated with her family to Venezuela as a young girl. In 1960 she moved to Brazil to attend the Escola Nacional de Belas Artes in Rio de Janeiro. Her trajectory, both artistic and personal, speaks to the massive transformations of the 20th century. As an artist, she was shaped by the profound challenges to the category of art, and her restless oeuvre speaks to her desire to experiment across media and pursue art infused with the logic of the quotidian. Personally, she was uprooted by the global displacements wrought by World War II, complete with their linguistic and cultural
MOCA PRESENTS ANNA MARIA MAIOLINO Page 2 of 4
ruptures. She was also deeply affected by the military dictatorship (1964–85) in her adopted country of Brazil, where she became a citizen in 1968, and the worldwide questioning of patriarchal power structures through the emergence of feminism. Maiolino began as a printmaker, interested particularly in indigenous printmaking techniques and exploiting these in an attempt to counter Brazil’s love affair with modernity, typified by geometric abstraction and a sweeping building campaign in the International Style. By 1967 she was well regarded enough to be included in the landmark exhibition New Brazilian Objectivity alongside artists such as Lygia Clark, Hélio Oticica, Lygia Pape and Rubens Gerchman (who was also her husband and the father of her children). Maiolino’s work during the late 1960s and ’70s was concerned with language and its relationship to the body. She played with palindromes and was interested in the mouth as the simultaneous site of language and food consumption. This nexus between the linguistic and the bodily, between culture and nature, would preoccupy her for the rest of her artistic career. Indeed, her oeuvre is indelibly invested in the notion of pairing, of never seeing anything in isolation, in a deep investigation of complementarity. In this regard, her early training as a printmaker ultimately shaped her work for decades to come. For two years at the end of the 1960s, Maiolino lived in New York, where she was exposed to minimalism and conceptualism. Returning to Brazil, she began—like so many of her artist peers in both North and South America—to use film and performance. In-Out (Antropofagia) (1973) furthered her interest in the mouth as a site of consumption, this time linking it to specifically Brazilian theories of cultural cannibalism. Meanwhile, her performance work started to address the ramifications of the dictatorship on personal and cultural freedoms. For these works, Maiolino often used eggs, a material that resonates with her particular strain of dialectical thinking, rife as the egg is with associations of gender, fertility, food, and the play between hard and soft, durable and delicate. After the end of the dictatorship, Maiolino discovered clay, a material that continues to sustain her attention. Clay allows her to make the large, sculptural, room-based installations which will also be part of this exhibition. She does not fire the clay, so the nature of time—particularly the daily, cyclical, repetitive nature of “women’s work” and the larger philosophical issue of impermanence—is a major idea in her oeuvre. Anna Maria Maiolino is accompanied by a full-color catalogue with essays by Helen Molesworth, Bryan Barcena, Briony Fer, Sergio B. Martins, and Anne Wagner. It provides readers with an unprecedented opportunity to enjoy the rich scope of Maiolino’s creative output to date. Anna Maria Maiolino is organized by Bryan Barcena, Research Assistant for Latin American Art, and Helen Molesworth, Chief Curator, The Museum of Contemporary Art, Los Angeles. Lead support is provided through grants from the Getty Foundation. Major support is provided by The Sydney Irmas Exhibition Endowment. Generous support is provided by Hauser & Wirth, and the National Endowment for the Arts. Additional support is provided by Tom and Lisa Blumenthal, Betty and Brack Duker, Alice and Nahum Lainer, and Andrea and José Olympio Pereira. Exhibitions at MOCA are supported by the MOCA Fund for Exhibitions with lead annual support provided by Sydney Holland, founder of the Sydney D. Holland Foundation. Generous funding is also provided by Allison and Larry Berg, Delta Air Lines, and Jerri and Dr. Steven Nagelberg.