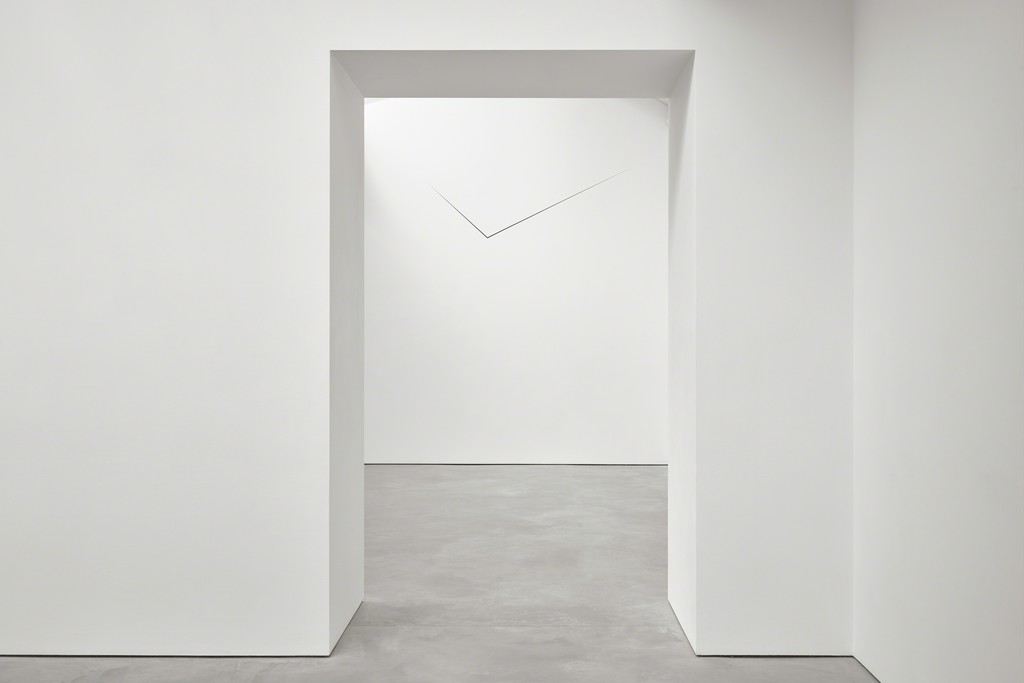 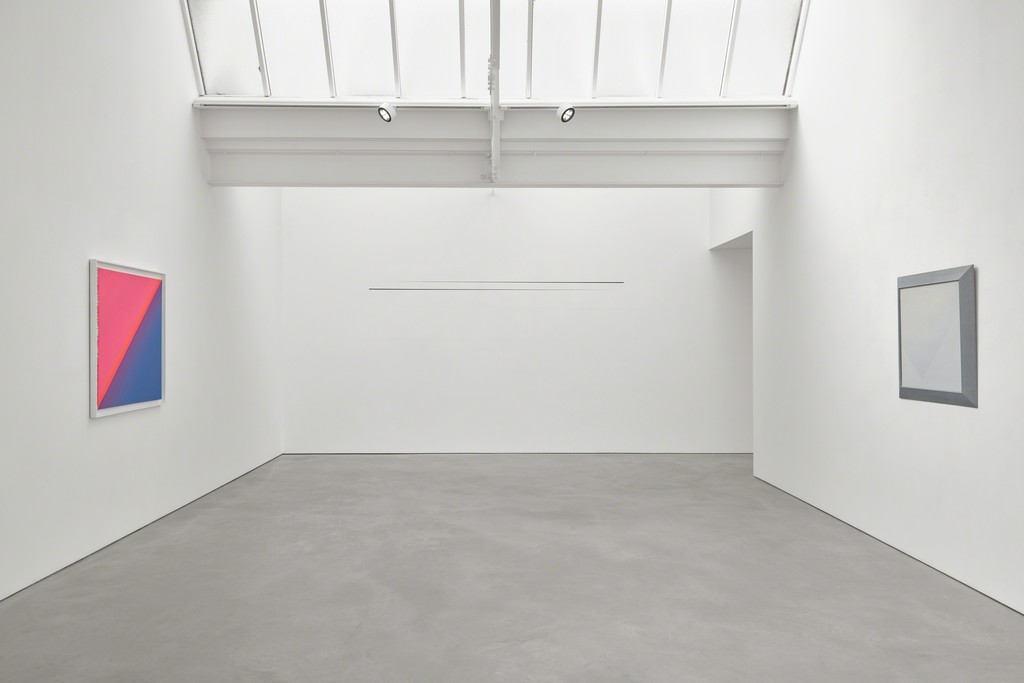 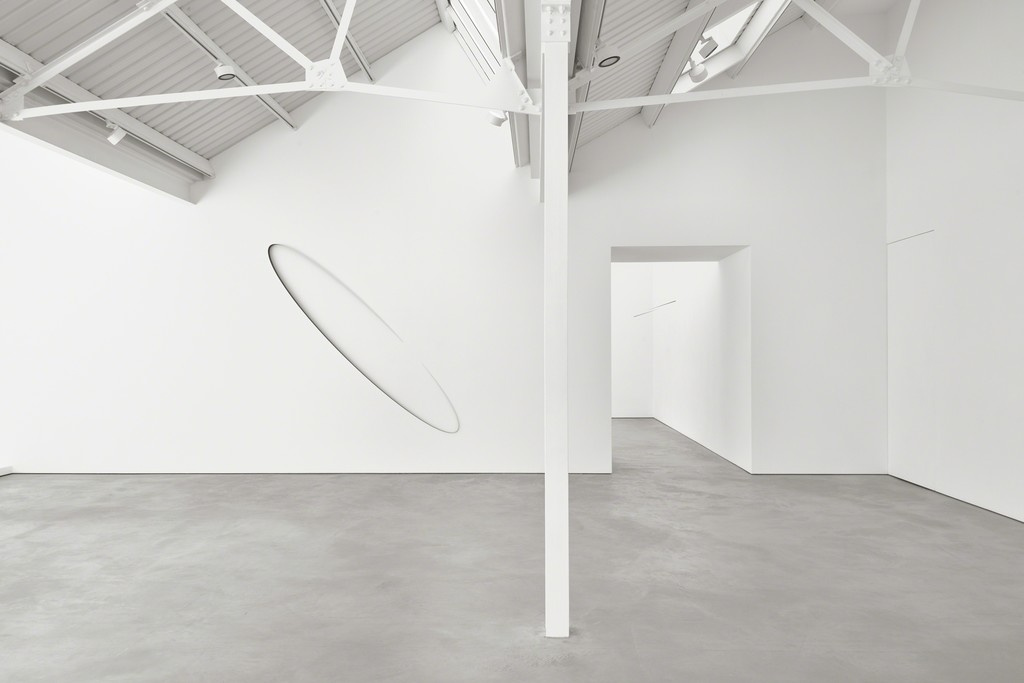 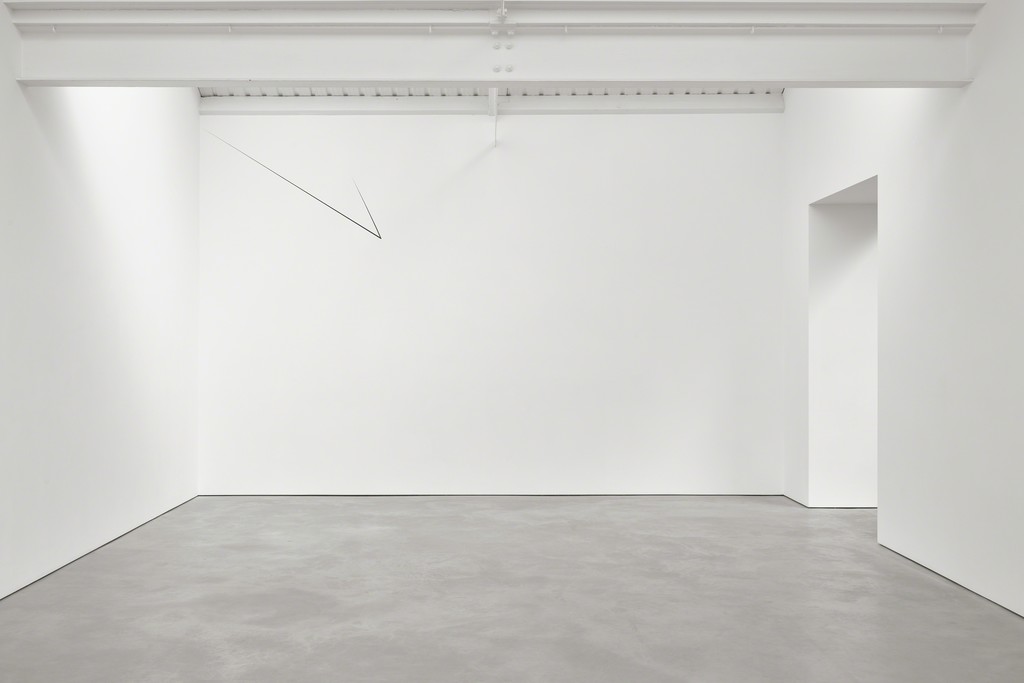 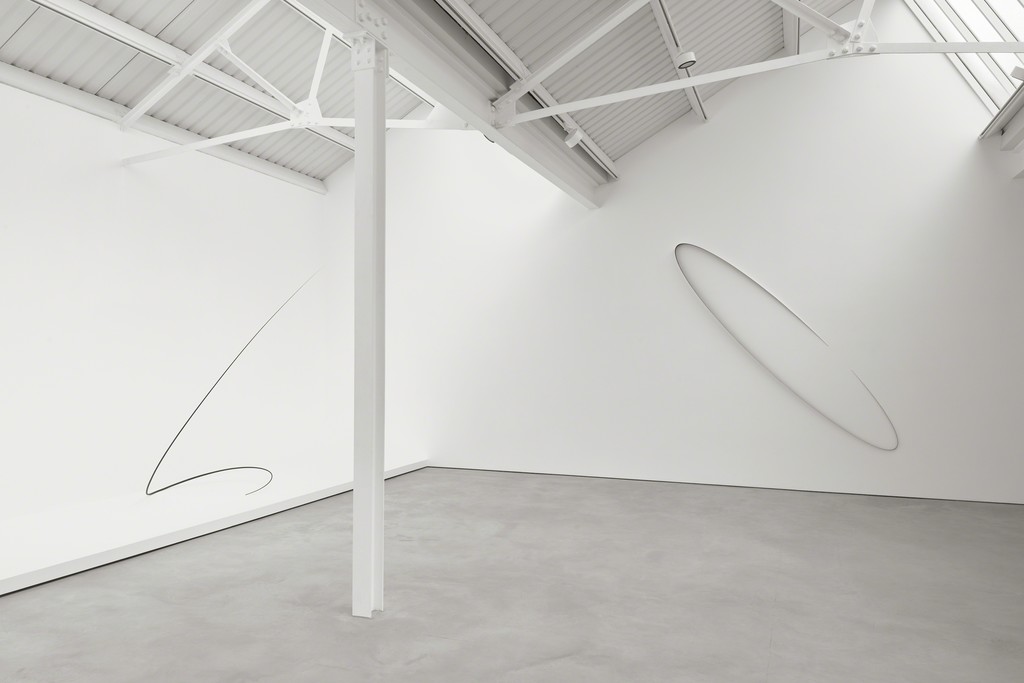 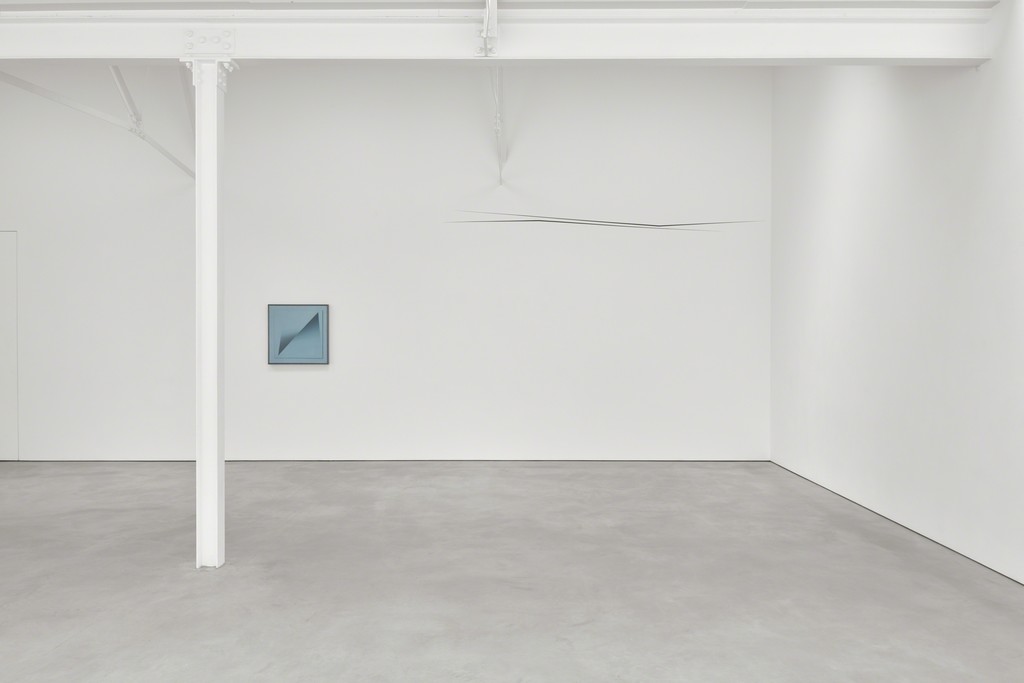 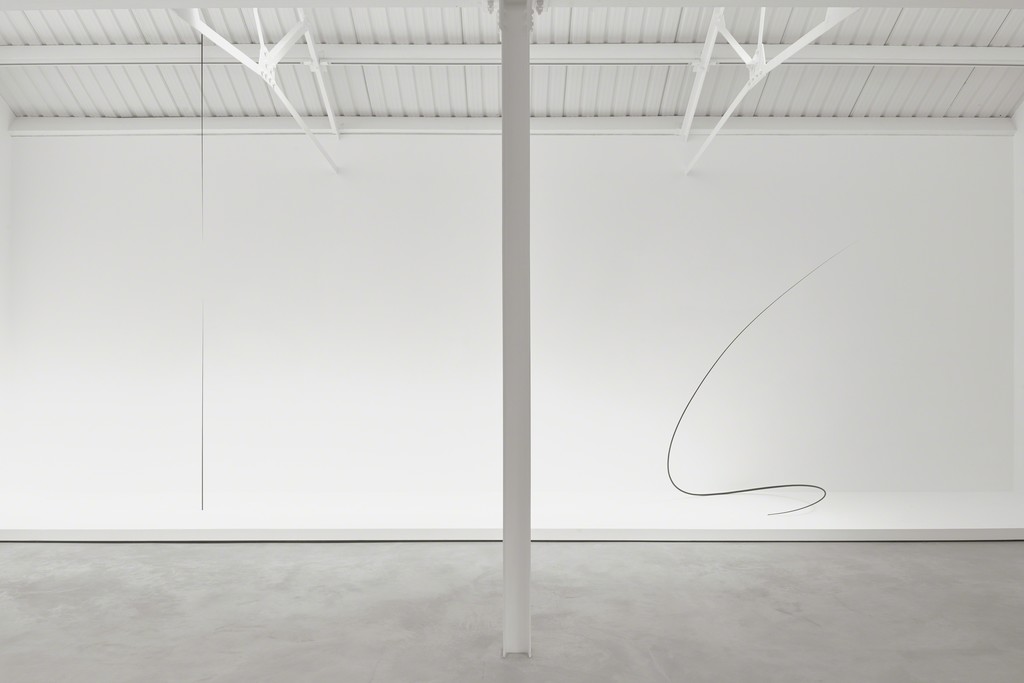 Modern Art are pleased to present a two-person show with Otto Boll and Jef Verheyen. This is the gallery’s first show with both artists.

The exhibition comprises a series of sculptures by Boll, made during the 1980s through to 2015, in combination with a selection of paintings by Verheyen dating from the mid-1970s. Positioned in response to the architecture of the gallery, and to each other, the works articulate certain kinds of perceptual and philosophical experiences through acutely crafted formal dialogues between light and shadow, line, colour, and abstraction.

Otto Boll’s minimalist steel, aluminium and nylon sculptures made from the 1970s and 1980s challenge visual perception. Suspended mid-air, their extremities are so finely chiseled that they appear to dissolve at the edges. They oscillate between two- and three-dimensional objects; slight, elegant black forms that cut through space, as if demarcating the end of physical and the beginning of the abstract or symbolic.

Boll’s works included in the exhibition have been selected for their particular explorations of space, both inside and outside the frame, and the interplays they create between illusory and physical planar depth. This is highlighted through their positioning in conversation with Verheyen’s paintings that offer their own parallel renderings of the same set of principles.

Working most prolifically between 1956 and 1978, Jef Verheyen’s paintings emerged out of the language of geometric abstraction. His life’s work was an investigation of colour, light, and structure, through gradually evolving methodical processes of paint application. Most often he used water-based paint with a matt finish, as well as matt lacquer in the later stages of his oeuvre, building it up in translucent layers to achieve subtle gradations of colour. Verheyen’s works are considered an important part of Belgium’s canon of Modernist Abstraction.