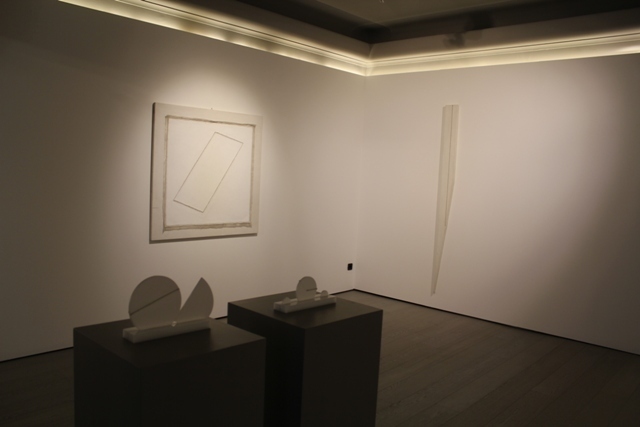 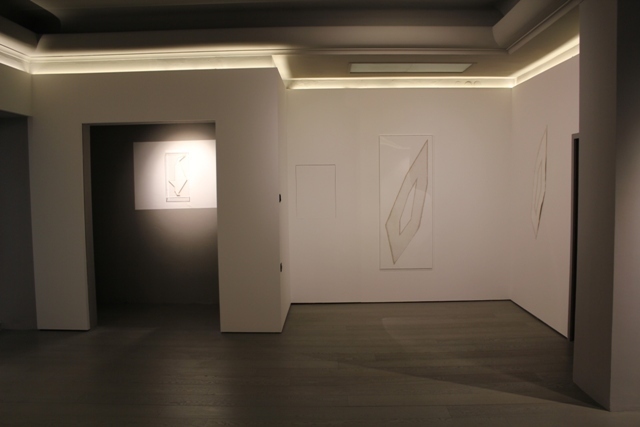 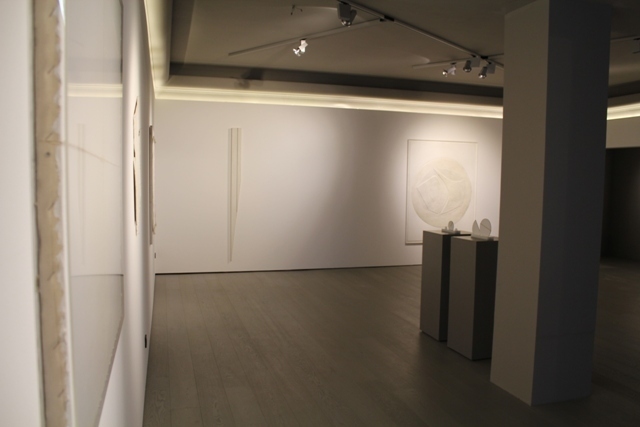 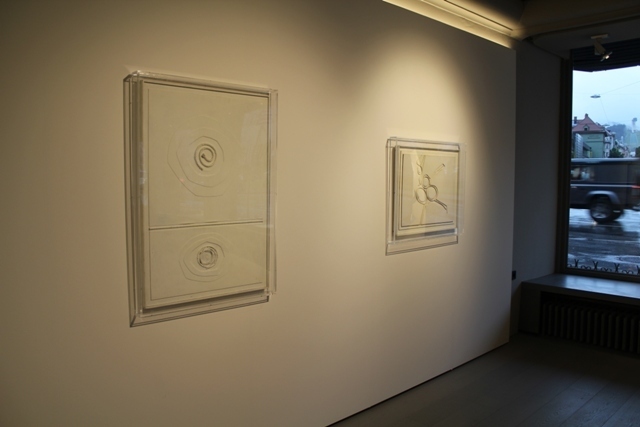 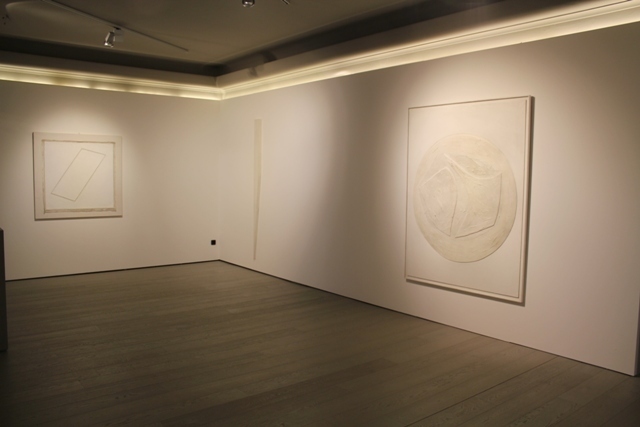 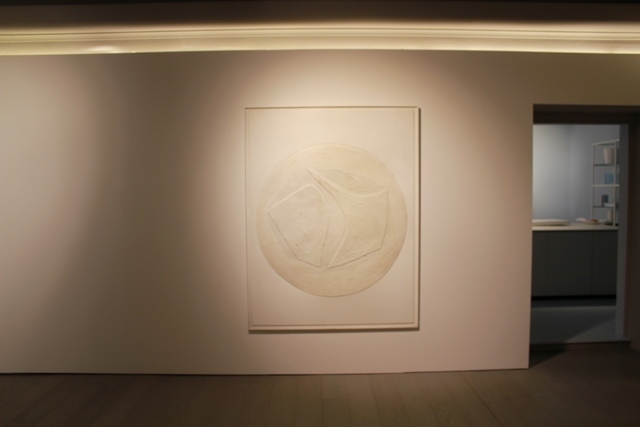 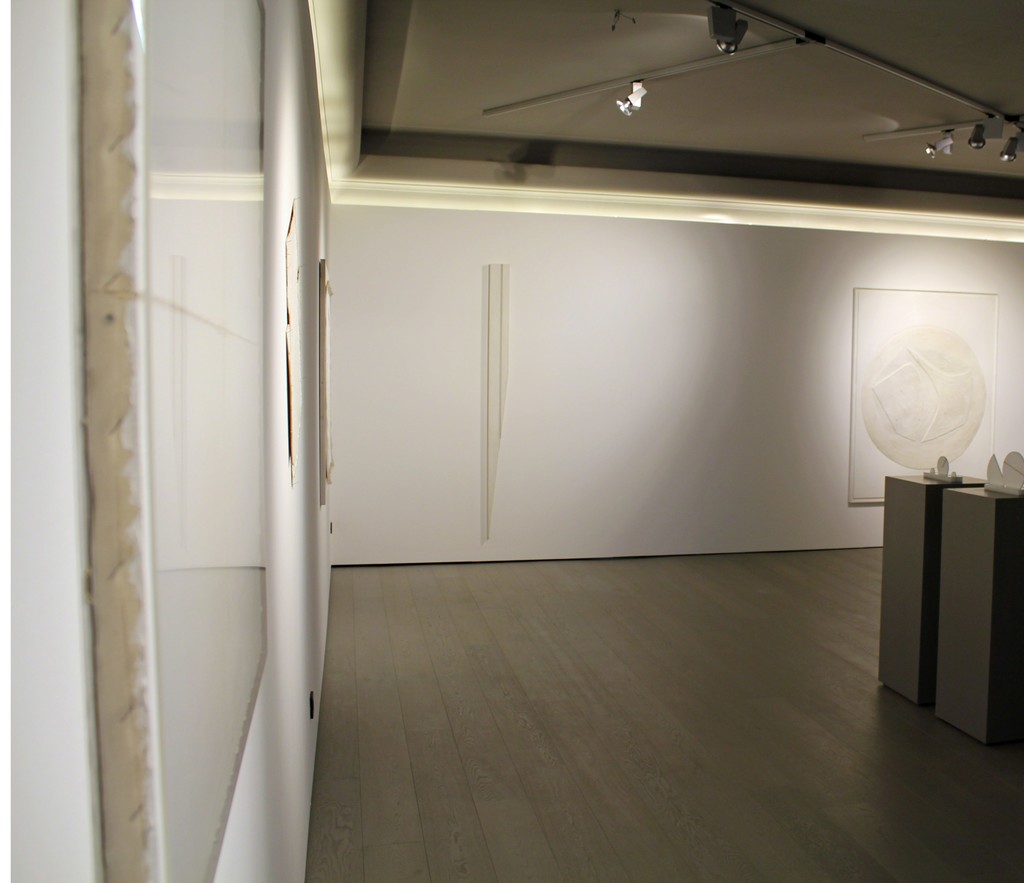 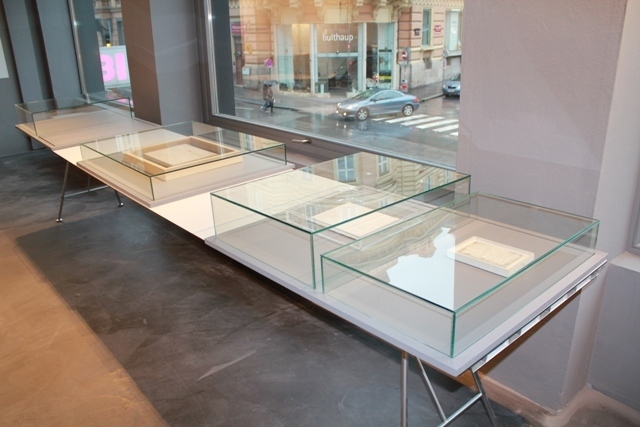 The exhibition is curated by Luigi Sansone, which previously curated some other important exhibitions in museums and private galleries dedicated to Savelli. Around forty works of his white period will be shown, some of them coming from prestigious private collections. Savelli´s research is extensively presented, thanks to the presence of several masterpieces like: Alle quattro ragazze negre di Alabama, 1964 (acrylic, string, wood and plexiglas), already shown at the XXXII Biennale in Venice in 1964; Virgilius, 1966 (acrylic, string, wood and plexiglas) already shown at the Guggenheim Memorial Foundation in New York. The exhibition is enriched by extensive visual materials (pictures, letters, books) and accompanied by a bilingual catalogue edited by Leda Calza with an essay by Luigi Sansone and a critical collection of texts by Luigi Ballerini, Guido Ballo, Piero Dorazio, James Haritas and Louis Khan. Savelli, born in Pizzo Calabro, Catanzaro, in 1911 graduates at the Academy of Fine Arts in Rome in 1936. He opens his atelier in via Margutta 49 where he knows other artists like Guttuso and Severini. After the second world war, fascinated by Prampolini´s research, joins the futurist circle and takes part to the Art Club, Associazione Artistica Internazionale Indipendente. He continues his studies in Paris and in 1950 he is invited to the XXV Biennale in Venice. In 1955 he moves permanently to New York. His first solo show in New York dates back to the year 1955 at the gallery The Contemporaries where he presents twelve serigraphs and twelve gouaches. In 1958 he is invited to exhibit at Leo Castelli´s gallery. In November 1959 at the Tweed Gallery of the Department of Art at the University of Minnesota in Duluth he presents his first experiments with the colour white and in the same year he is invited to participate in the VIII Quadriennale d´Arte in Rom with some white reliefs. Since the Sixties the white becomes the only colour used for his paintings and in 1964 he wins the Graphic prize at the XXXII Biennale in Venice. Savelli continued to exhibit also in Italy, from the Cavallino in Venice to the Naviglio in Milan and more recently, in Milan again, at Lorenzelli´s and Niccoli´s in Parma. In 1984 Luigi Sansone curates at PAC in Milan his big solo show. In 1994 he comes back to Italy, starting to collaborate with the Prada Foundation. He dies at the Castle of Boldeniga in Dello (Brescia) the 27th of April 1995.Three months after the Museum Pecci in Prato organizes his extensive retrospective. At the same time the XLVI Biennale in Venice dedicates an exhibition room to him.