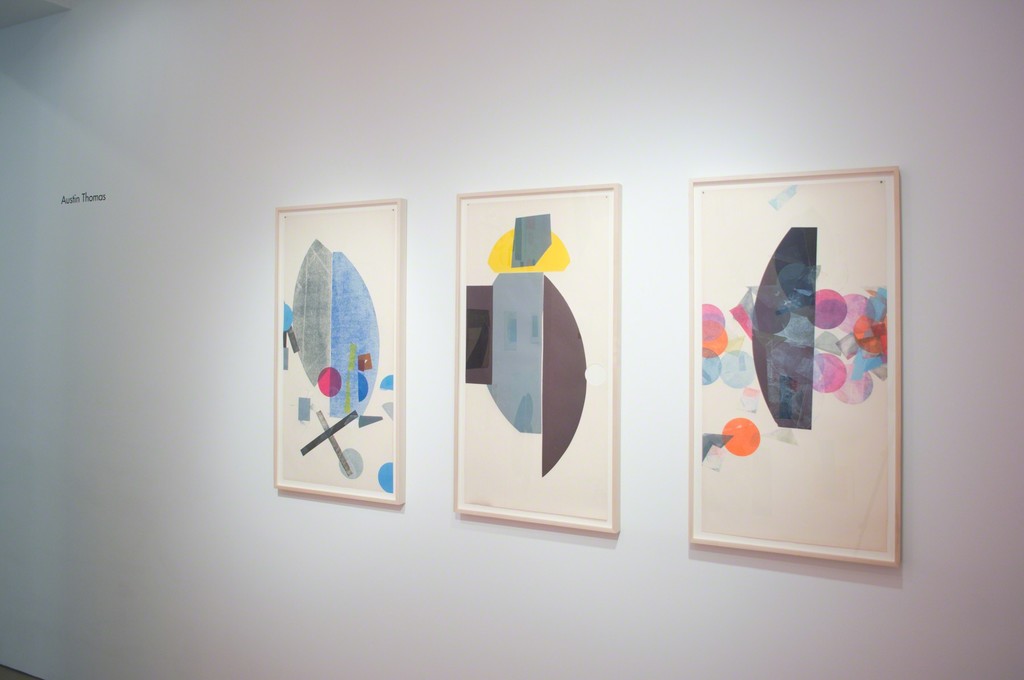 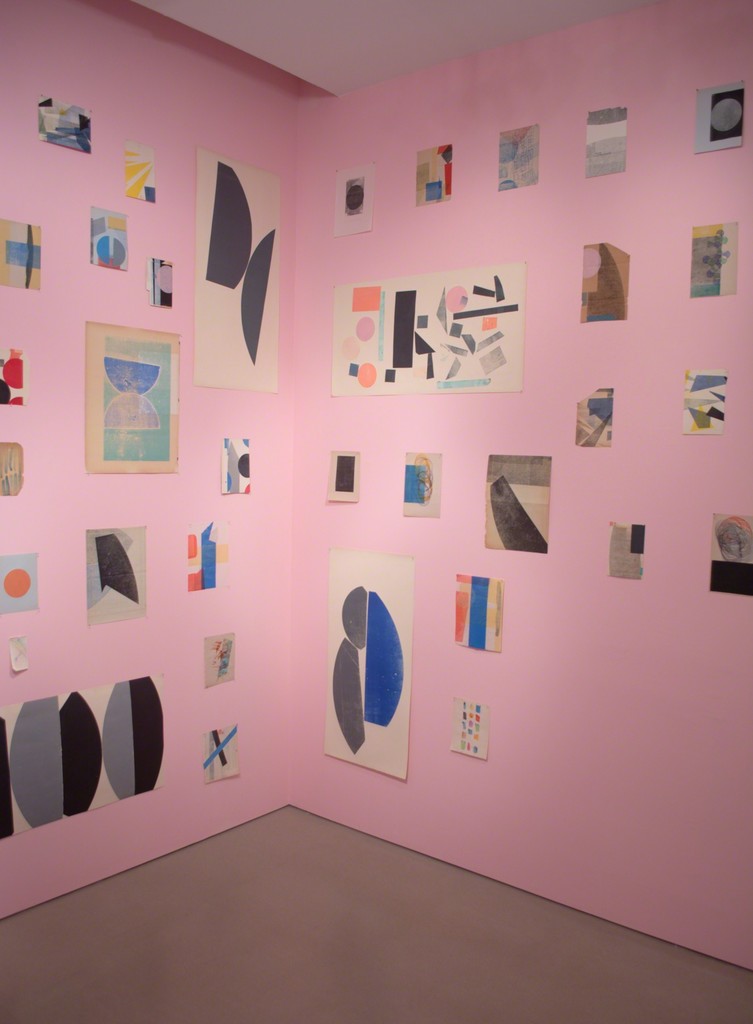 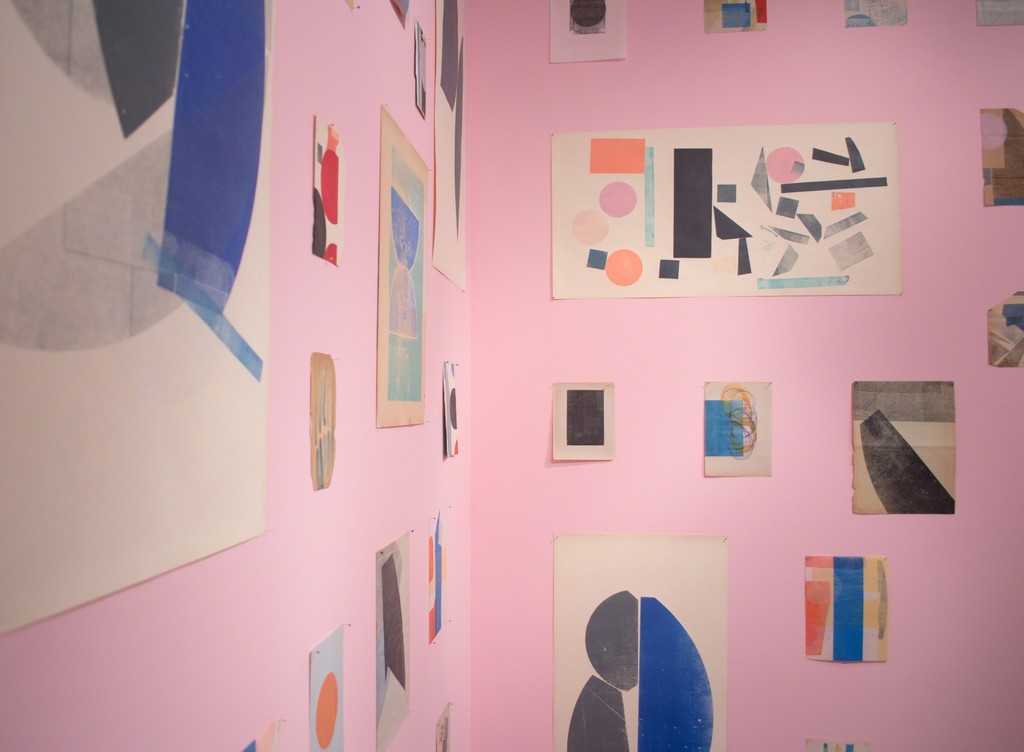 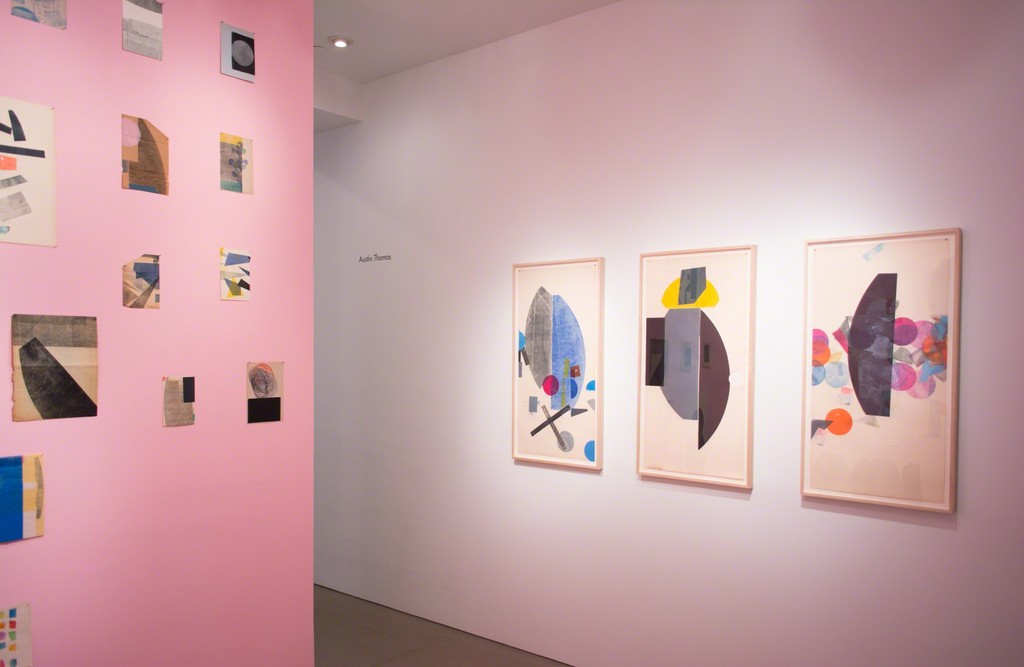 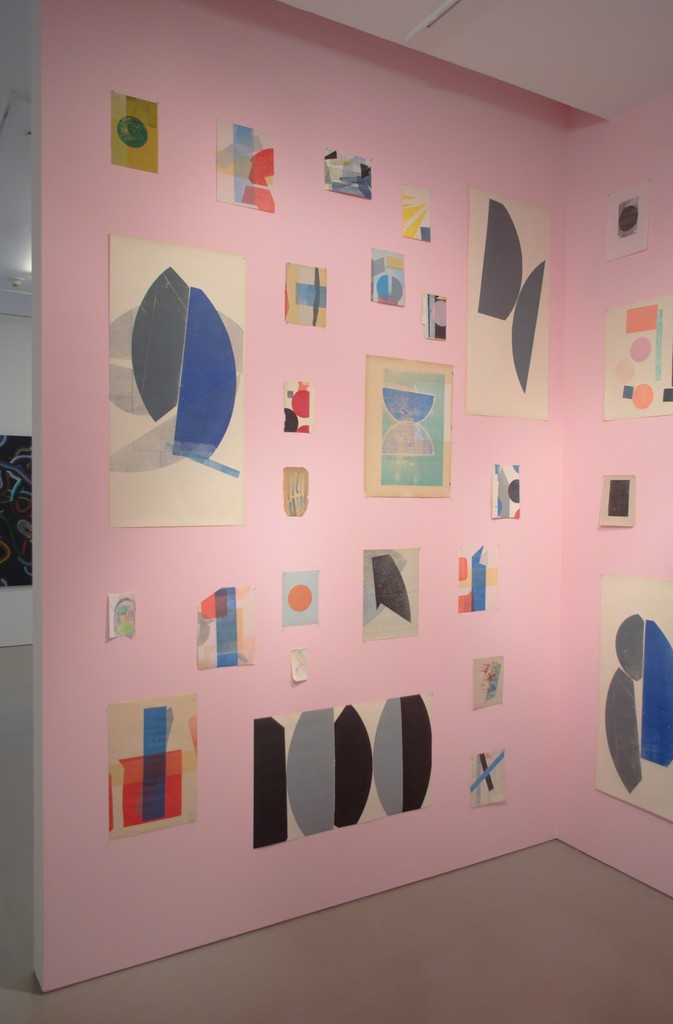 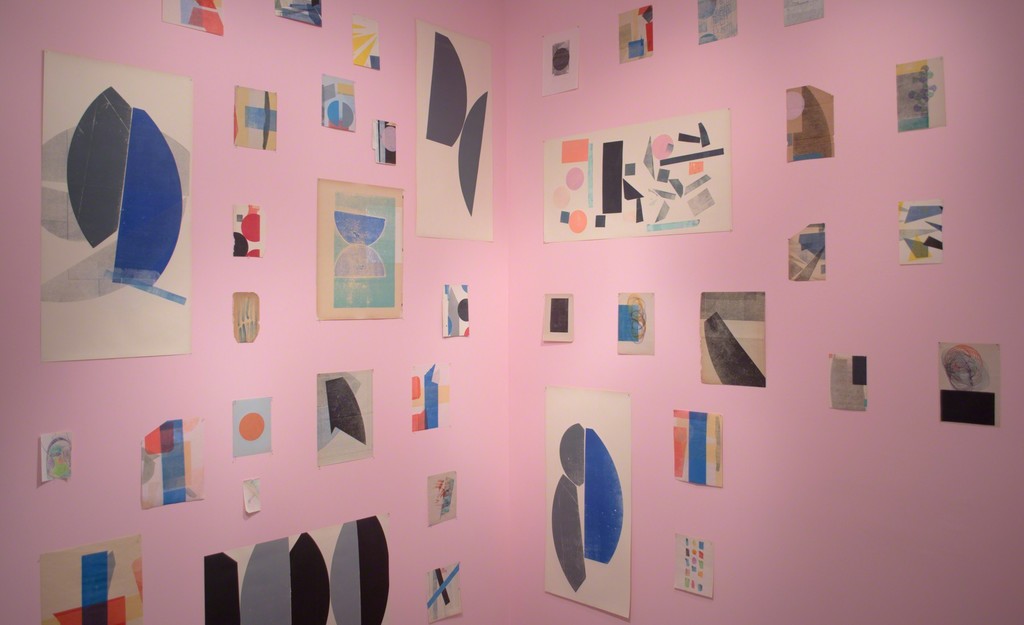 Created while the artist was in residence at Guttenberg Arts, these new prints employ a unique collagraphic process whereby collaged forms are loaded with ink, which is then transferred in discreet layers onto found paper. The resulting images fluently marry spontaneity and precision, making reference to a range of Modernist styles including Russian Constructivism, Minimalism, and Color Field painting. Thomas, ever interested in the independent life of paper, complicates and adds richness to the reading of her prints by insisting on the tactility, imperfection, and historicity of the surfaces she starts with.

Thomas’ daily drawings exemplify the experimental natural of her practice and provide a natural springboard for her monoprints, but also hold up as rich, multifaceted works in themselves. The drawings’ playful automaticism points to a certain freedom of imagination in the studio, as well as the discursive labor of the artist’s working-out of ideas day after day.

Austin Thomas is an artist, curator and community builder. Her work has been exhibited at The Drawing Center, Murray Guy, The Sculpture Center, Art in General, and at White Columns (all in NYC) and internationally in Singapore, Australia, and Hungary and at the Kunsthalle Exnergasse in Vienna. From 2007 to 2014, she directed the influential Pocket Utopia gallery. She is a graduate of NYU and in the Summer of 2016 her permanent public sculpture for a new park in Brooklyn was unveiled. She has also done public commissions for the Public Art Fund and Grinnell College. Thomas's work is featured in the book titled Living and Sustaining a Creative Life: Essays by 40 Working Artists and will also be featured in that book’s sequel The Artist as Culture Producer: Living and Sustaining a Creative Life, which were both edited by Sharon Louden.