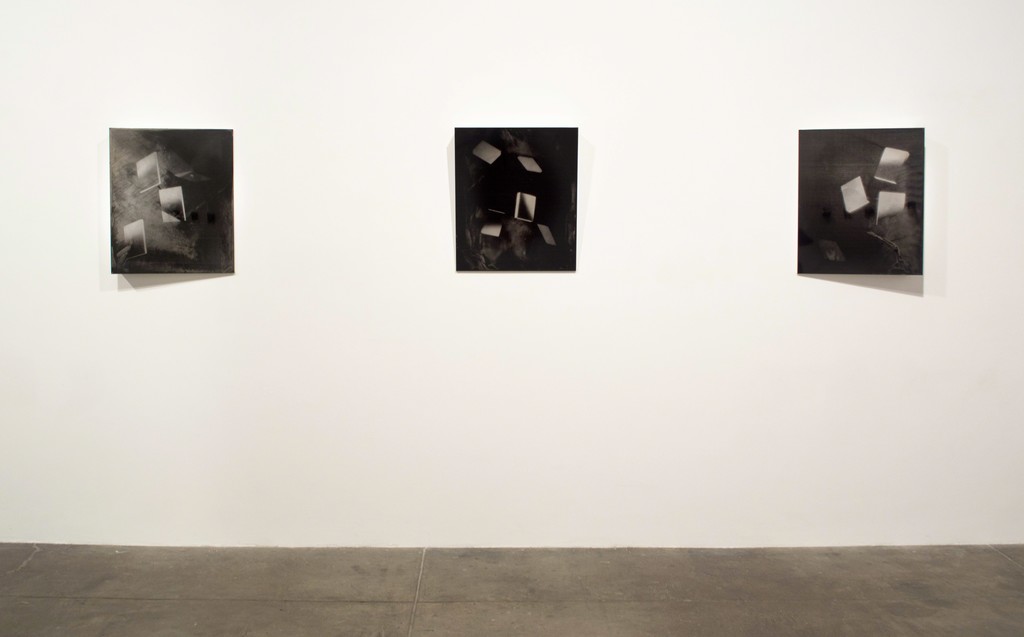 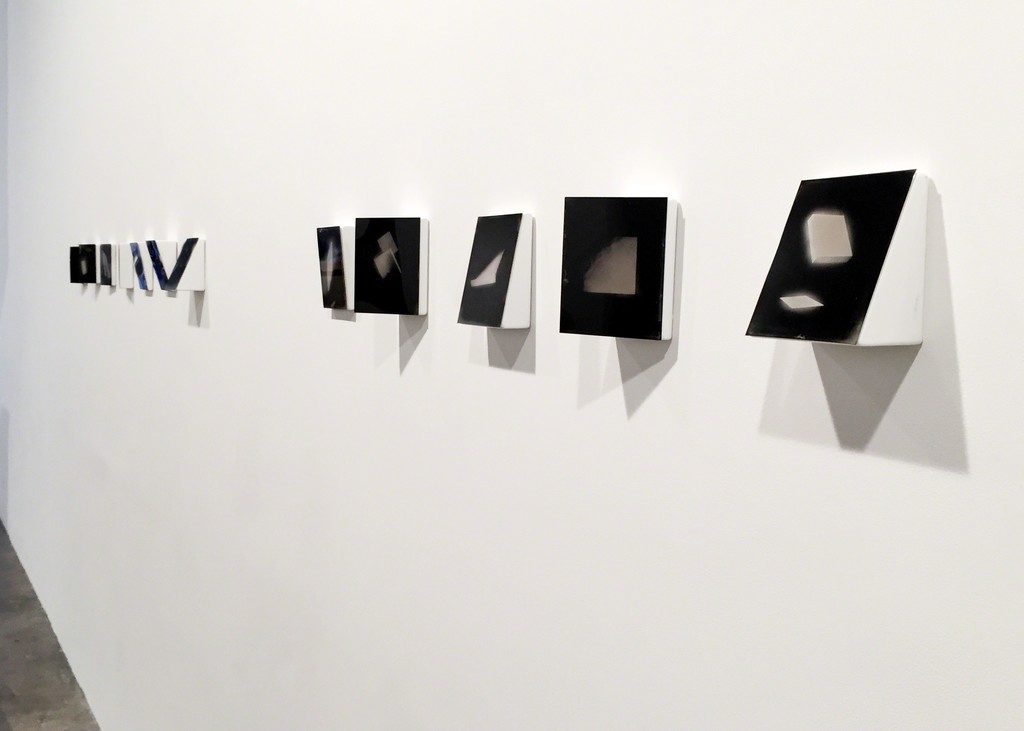 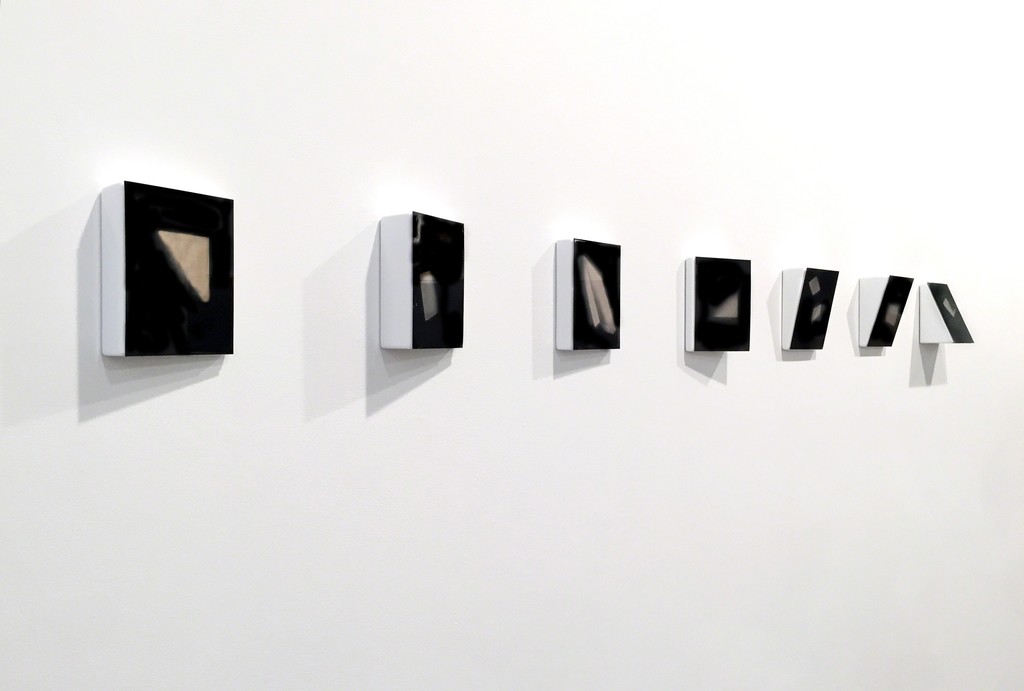 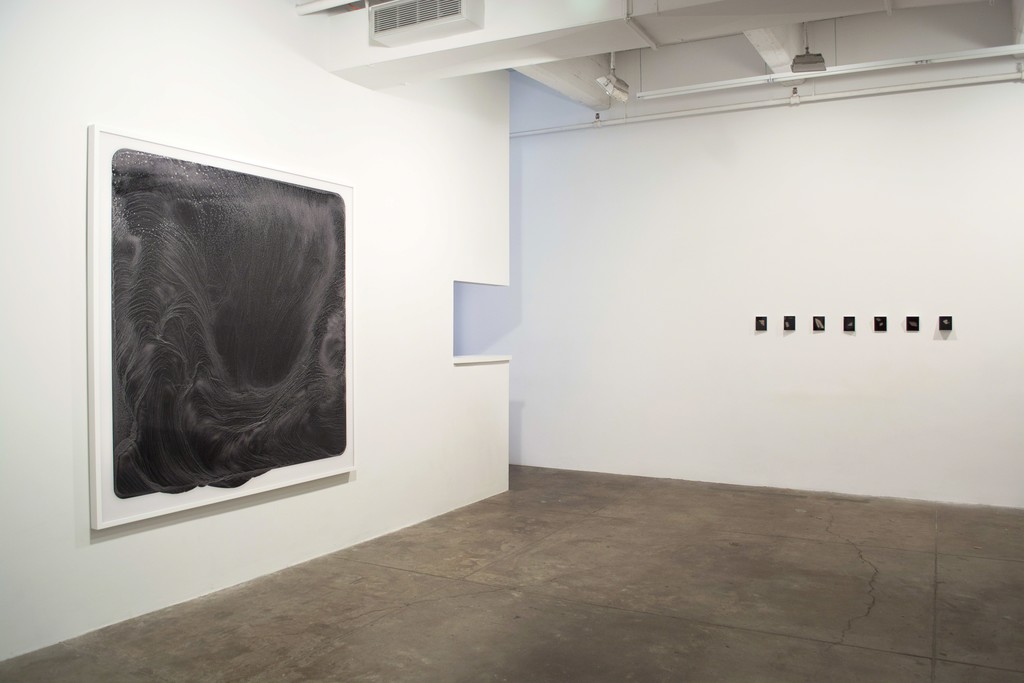 Morgan Lehman Gallery is pleased to present Brittany Nelson: The Year I Make Contact, a methodological critique of photographic material practice, and her first solo show with the gallery.

This body of work is an intricate experimentation with the 19th century negative reversal process of Mordançage. Toxic mixtures of chemicals react to the silver content of the paper, subsequently destroying its intended functionality. Nelson takes the involved materials, negatives and silver gelatin, once too precious to afford experimentation, and explores their unbounded formal potential. Altering the associated process drastically, she captures a moment in the negative’s chemical activity via scanner and expands the four by five inch negative to a large-scale chromogenic print. Isolated from the reaction and its dimensionality the violence of the process is apparent in the resulting patterns and uniform darkness of the works.

Nelson also manipulates the tintype process, directly exposing Photoshop screen captures onto the tintype in order to draw the viewers attention to the surface of the plate, rather than the image space. Her contemporary approach to these materials is divorced from their traditional applications, while still remaining rooted in the history of photography.

With varied textures resembling everything from crystalline glacial bodies to viscous liquids and glowing objects, The Year I Make Contact confronts us with a visceral feeling of the destruction and toxicity involved in Nelson’s processes. Though obliquely referential, the images are more about the material and process than anything concretely object-like to be found in the gelatin silver, Mordançage, and tintype formations.

Brittany Nelson earned her BA at Montana State University and MFA at Cranbrook Academy of Art. Nelson was awarded the Fish/Pearce Award for Excellence in Process Based Work from the Print Center (Philadelphia, PA), a Theo Westenberger Foundation Grant, and in 2015 a Creative Capital Grant for her work on this innovative project. She has been commissioned by the Cranbrook Science Museum and is in the permanent collections of the Cranbrook Art Museum and the Virginia Museum of Fine Arts.