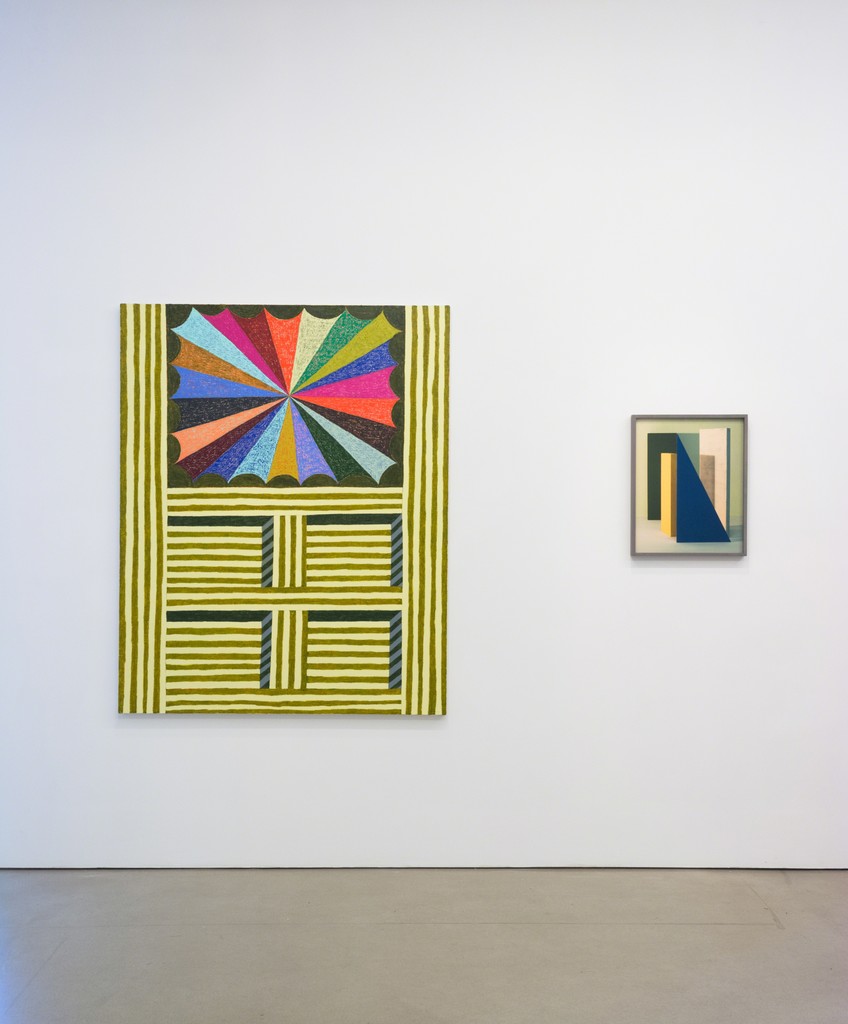 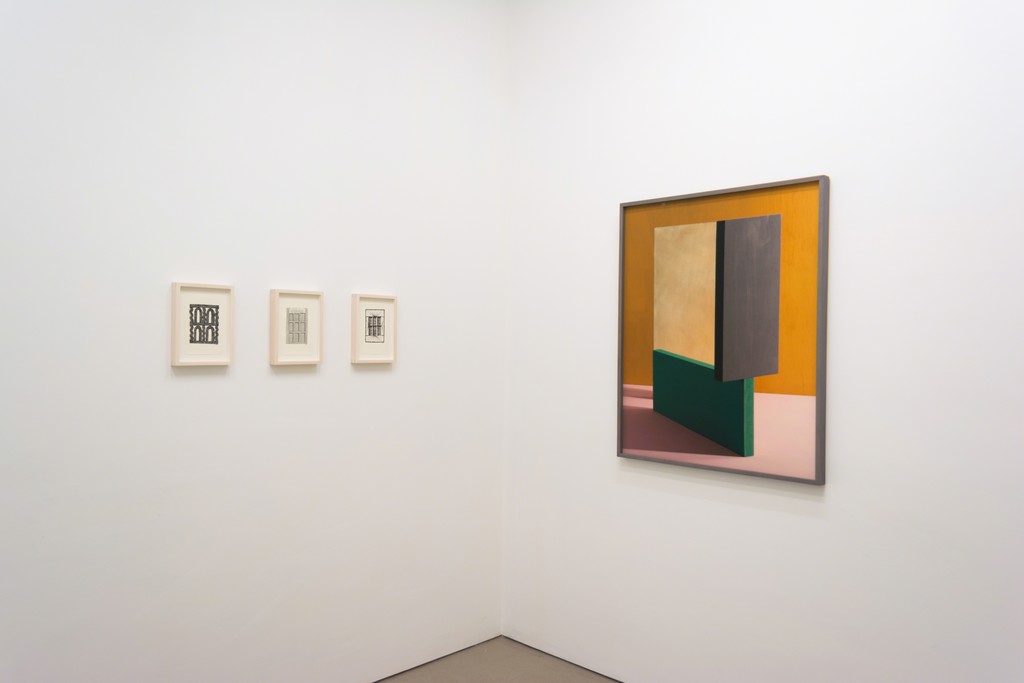 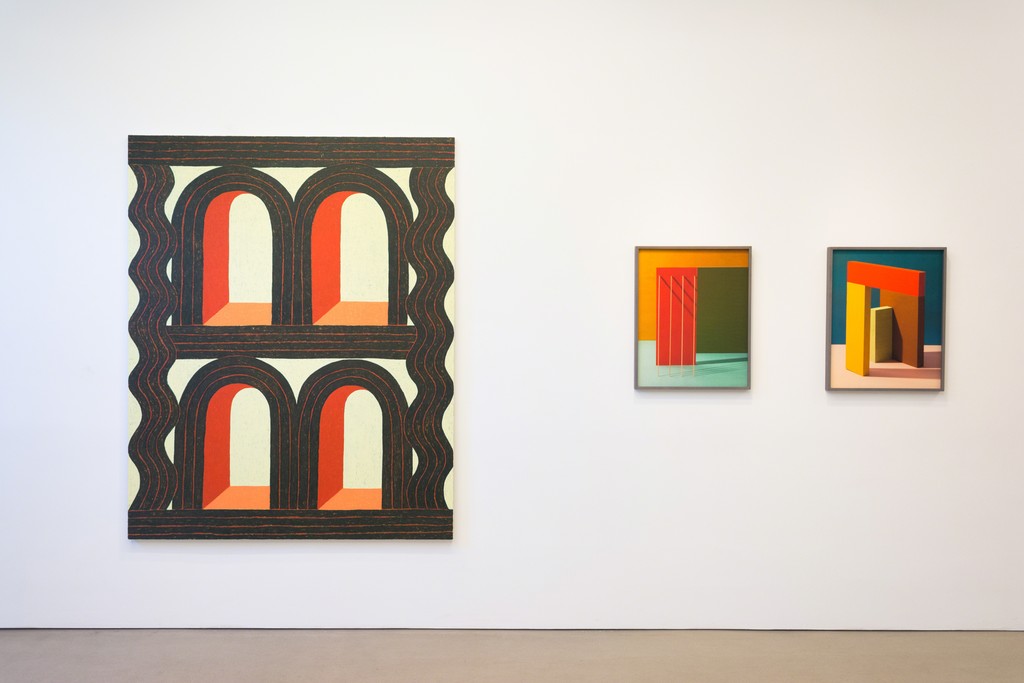 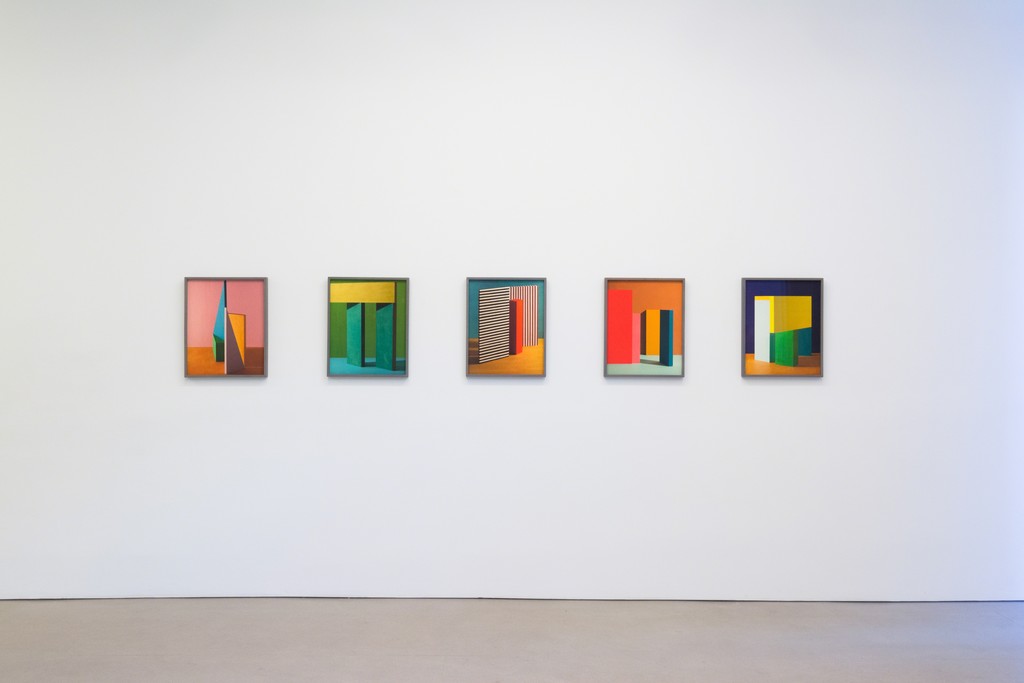 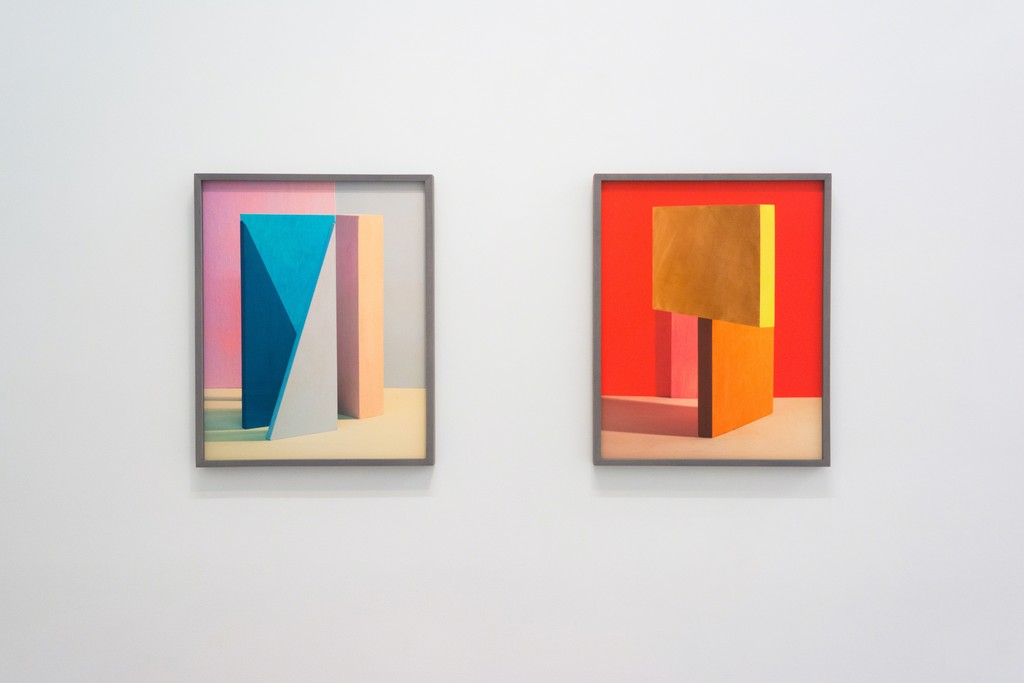 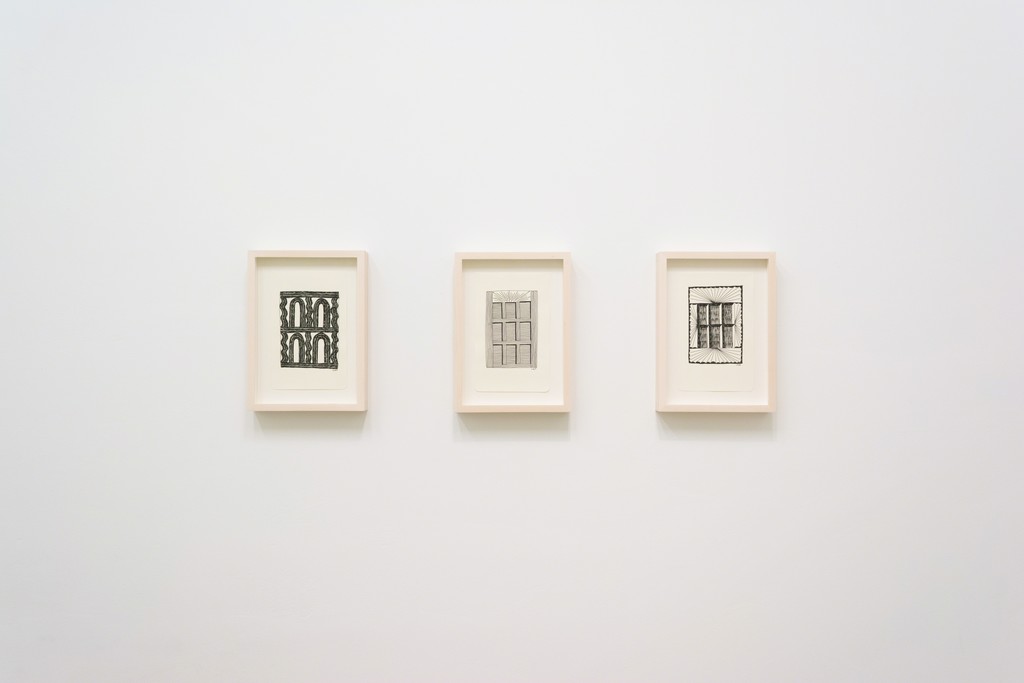 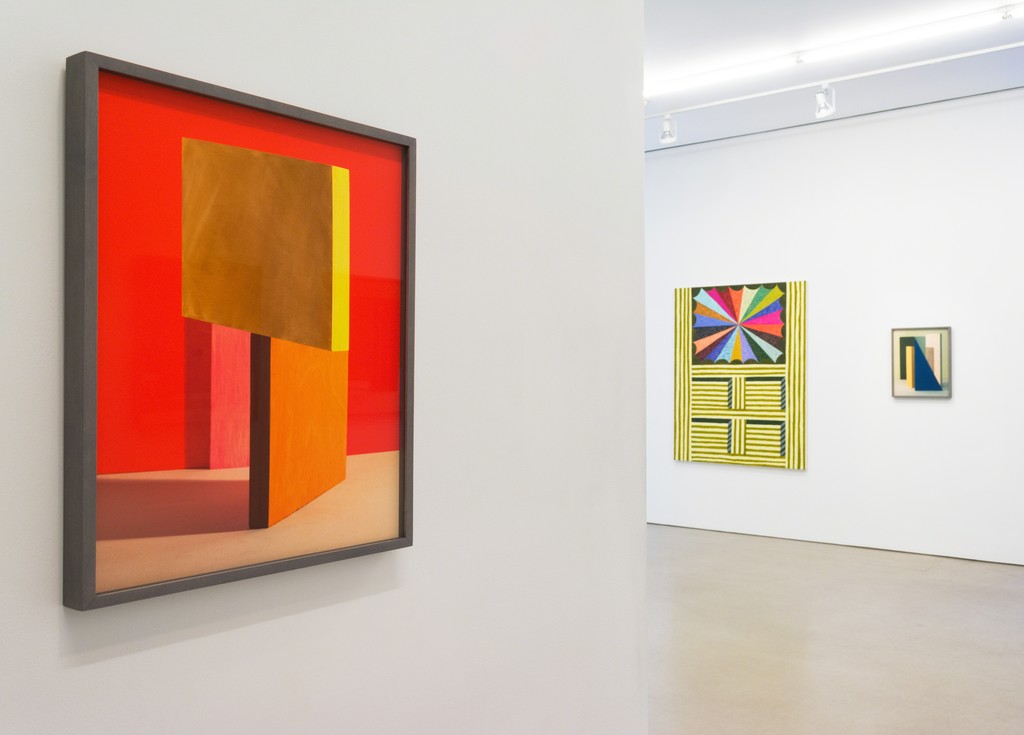 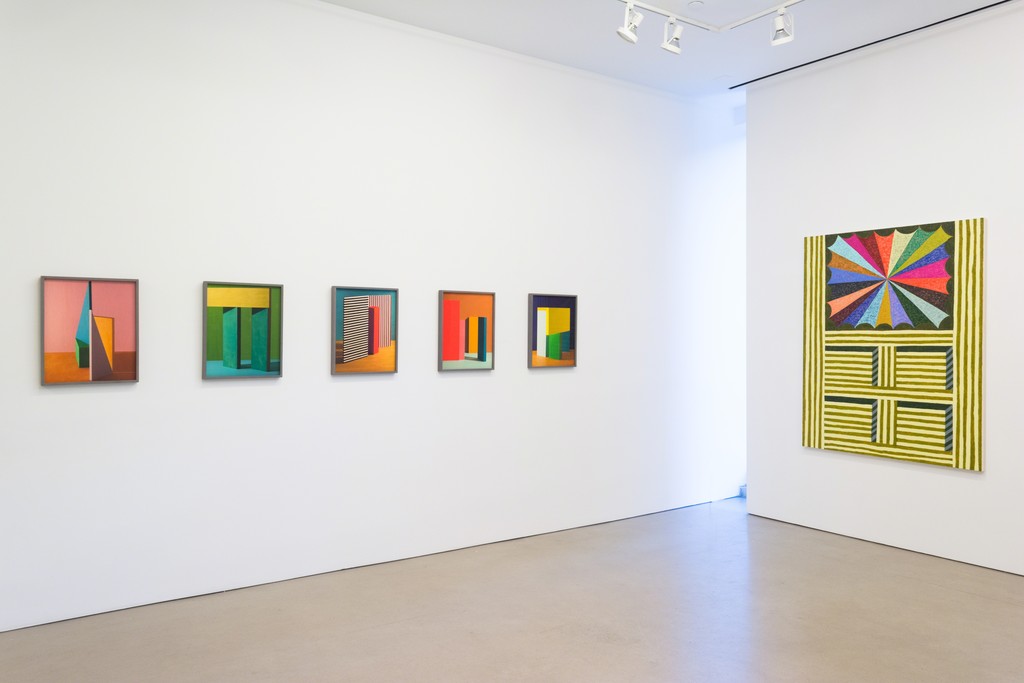 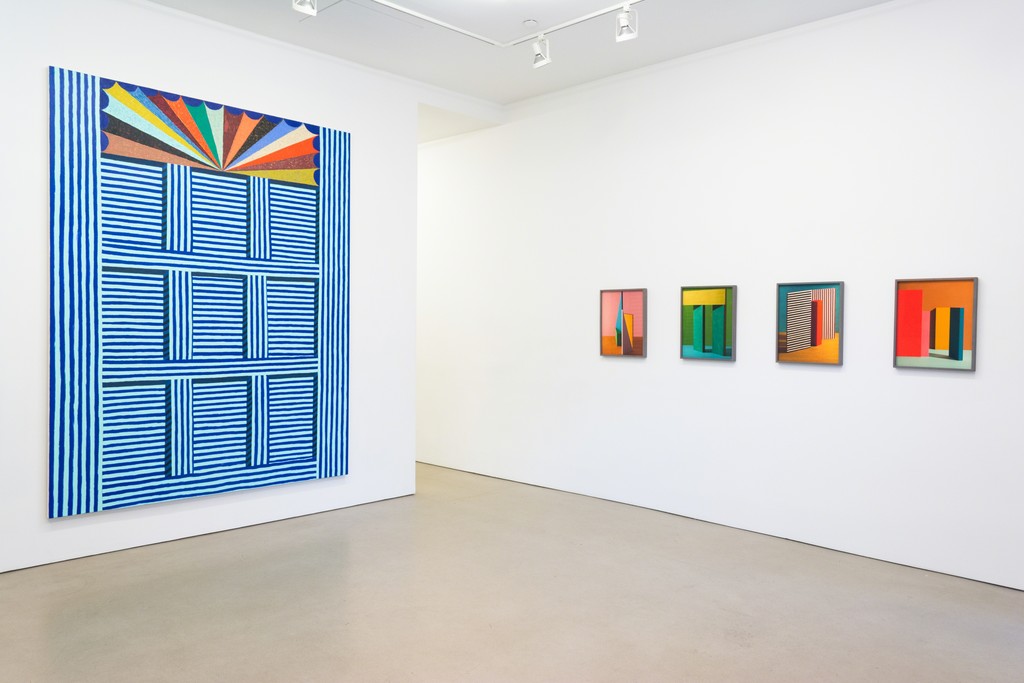 Responding directly to each other's work, photographer Erin O'Keefe and painter Matt Kleberg muse on issues of pictorial architecture, the slippery nature of spatial perception, and the pure pleasure of color and light. The conversations between the two artists leading up to this show ranged from Oaxacan textiles to Renaissance painting, effortlessness as an ends to the world as it is (or appears to be).

“I respond to Matt’s paintings because they always seem to set me up for something, and then bring me somewhere else completely. I feel destabilized, in a good way. He is able to mine a series of straightforward compositional strategies, and make them pay off in ways that feel utterly fresh and unanticipated, and slightly peculiar. There is also, in his work, the absolute unmitigated joy of the surface and the color, and the making of the thing, which is always very present, and in rich conversation with the curious spatial situation of the image. The visceral delight of the work combined with the warped sleight of hand in the image making makes for deeply satisfying paintings that embed themselves in my visual memory.” -Erin O’Keefe

“Space in Erin’s work is never easy to grasp. It’s a moving target. Her photographs make you question the ground you’re standing on, not unlike Byzantine and Sienese paintings, where foreground and background trade places back and forth. Light and color in her photographs construct space and then collapse. The quality of light in her work might suggest an interior, while the architectonic blocks point to landscape and the near symmetry suggests the whole tableau is flat graphic ornament. Photograph reads like painting, painted cardboard becomes monumental sculpture, load-bearing wall turns out to be mere reflection. There’s a mystery and an uncanny balance to Erin’s compositions that, while tricky and even humorous at times, assert an easy elegance without a shred of irony.” -Matt Kleberg

Erin O'Keefe is a photographer based in New York City and New Brunswick, Canada. She received a BFA from Cornell University and M.Arch from Columbia University. O’Keefe has shown extensively in the U.S. and abroad, including recent exhibitions at Denny Gallery (NYC), Ampersand Gallery (OR), Albada Jelgersma Gallery (NL), and Lorimoto Gallery (NYC). Her work has been featured in Artforum, The New Yorker, VICE Magazine, the Huffington Post, and Collector Daily, among others.

Matt Kleberg received his BFA from the University of Virginia and his MFA from the Pratt Institute. Recent exhibitions include Mulherin (NY), Barry Whistler Gallery (TX), Johansson Projects (CA), Hiram Butler Gallery (TX), and the San Antonio Museum of Art (TX). Kleberg’s work has been featured in the New York Times, The Brooklyn Rail, Painting is Dead, VICE Magazine, and Artillery Magazine, and is included in public and private collections including the San Antonio Museum of Art, the Williams College Museum of Art, the Museum of Fine Arts Houston, Fidelity Investments, and Credit Suisse. His first solo museum show at the Old Jail Art Center (TX) is on view through May 12th. Kleberg lives and works in Brooklyn, NY.