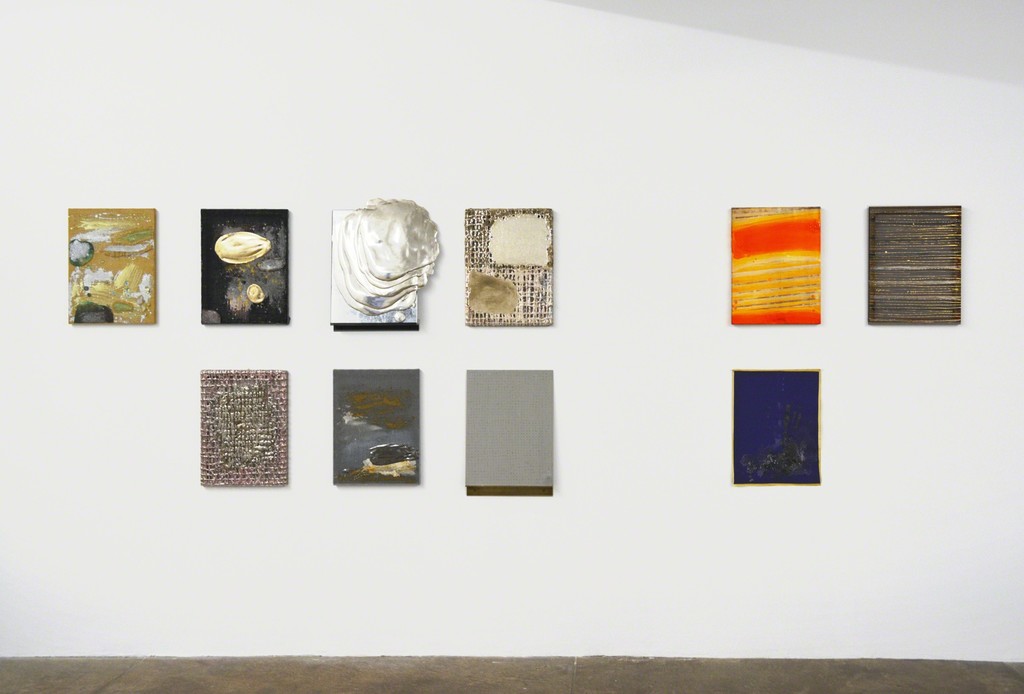 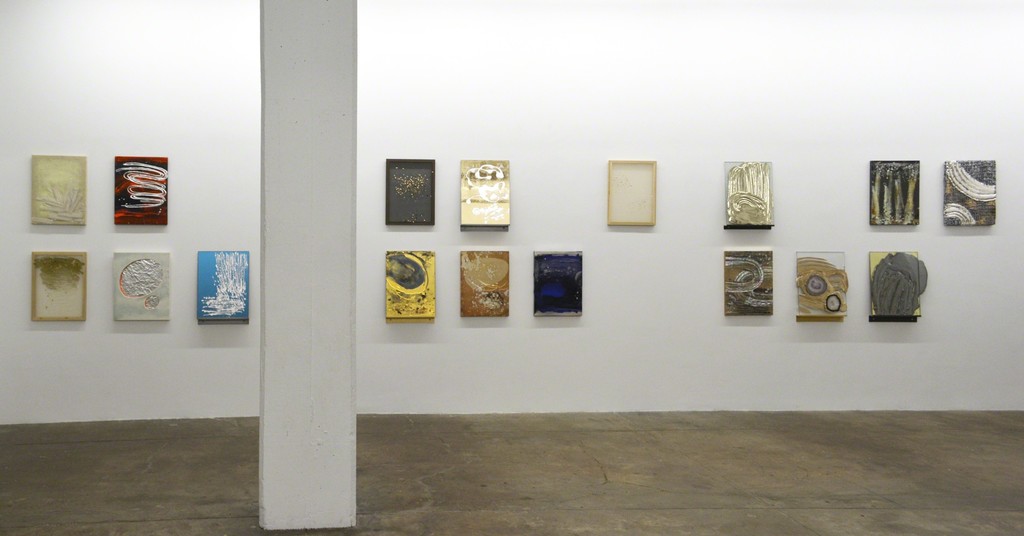 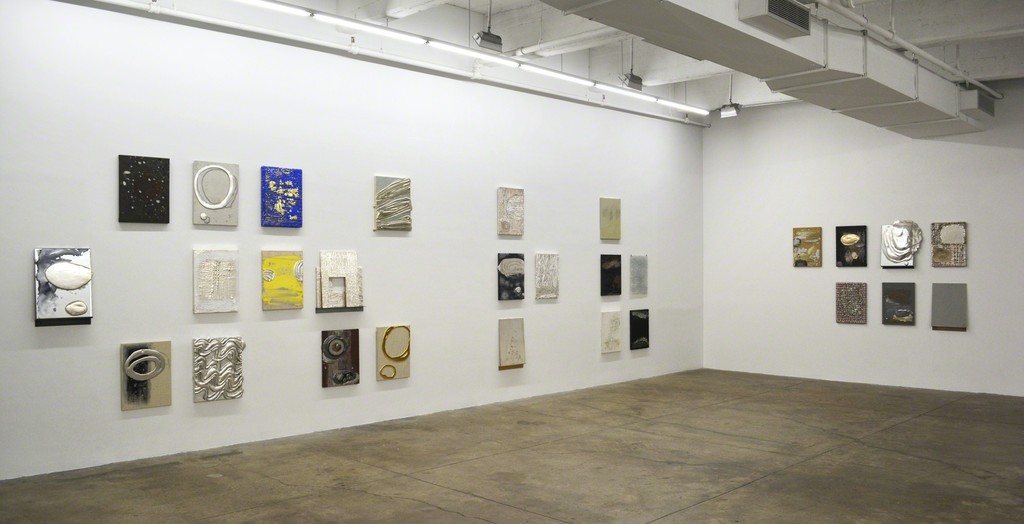 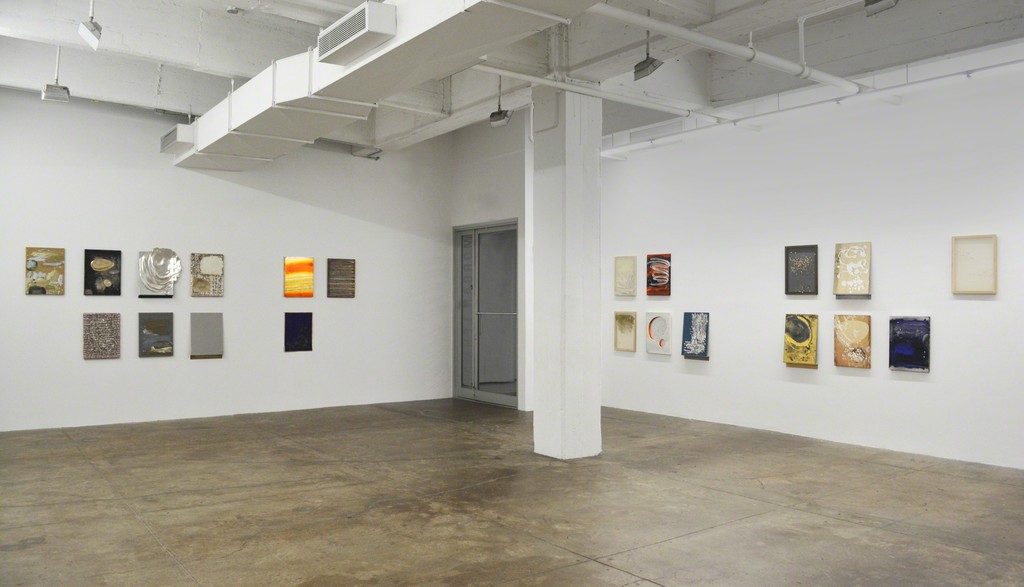 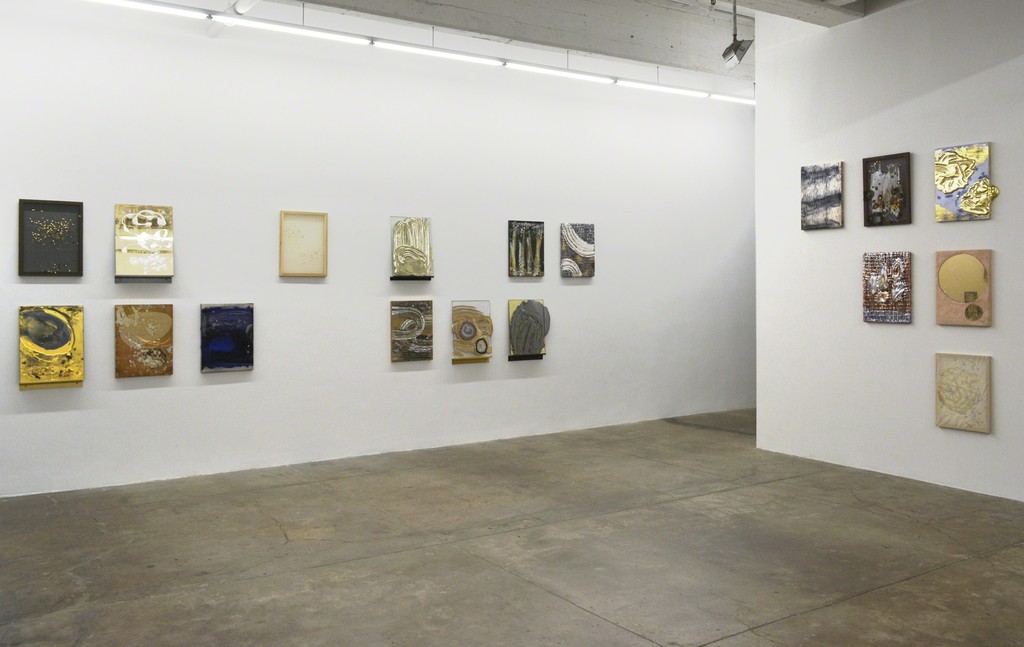 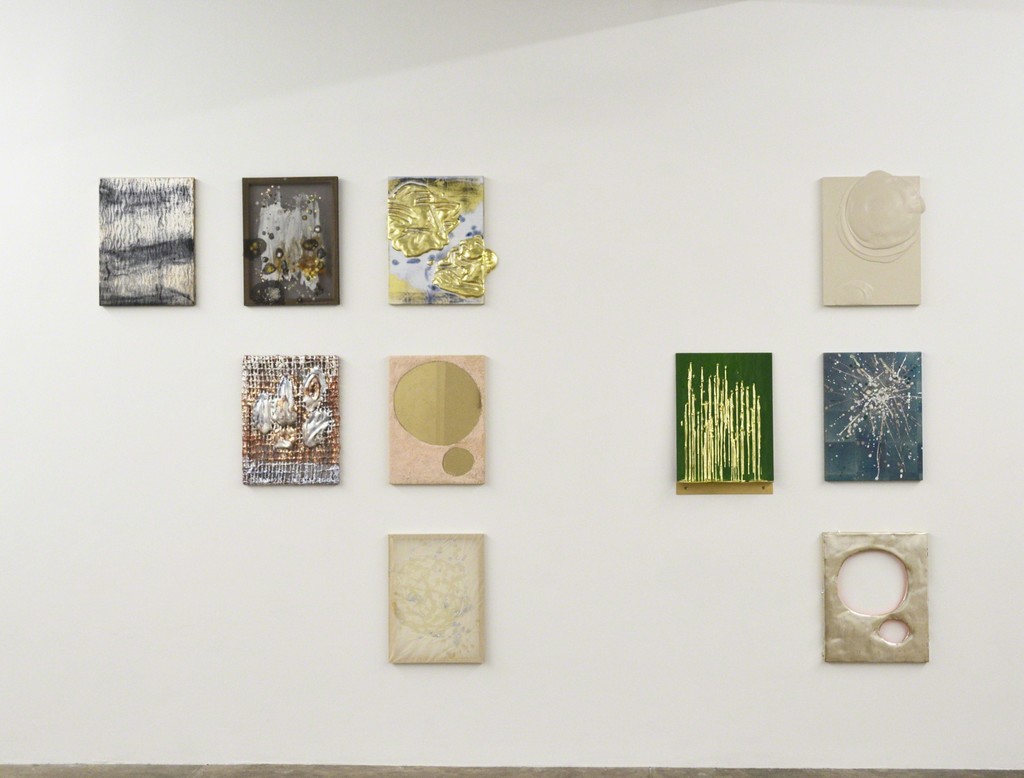 Morgan Lehman Gallery is pleased to present Nancy Lorenz: Elements, a large-scale installation of over 50 works informed by the periodic table.

In line with other artists and writers like Italo Calvino and Primo Levi who are inspired by scientific structure, Nancy Lorenz borrows the organization of the periodic table to create her own personal language of materiality. While the individual works name specific elements, it is the concept of the periodic table that guides the project. Created by the 19th century empirical dream that the universe could be categorized by its individual parts, the periodic table provides the basis for a mysterious chemical grammar, one that makes the universe both visibly material and hidden within its deep syntax. This sublime tension between the abstract and the material, the scientific and the poetic, informs the experience of Lorenzʼs work. For example, the dense, velvety blackness of C6 Carbon, interrupted by swaths of glass shards, becomes reminiscent of diamonds emerging from coal deep within the earth, and speaks to the potential great beauty of chemical and elemental processes. O8 Oxygen, a work on paper featuring delicate line work and soft pigmentation, seems almost diaphanous, an airy undulating dream world. While each individual representation of an element has its own characteristics, when shown together the works interact with each other, creating complex visual compounds that mimic the actions of the elements themselves.

Nancy Lorenz earned a BFA in Painting and Printmaking at the University of Michigan, Ann Arbor and an MFA in painting from the Tyler School of Art, studying in Philadelphia, Rome and Japan. She is a 1998 recipient of a John Simon Guggenheim award. In 2014 and 2015 her work has been featured in exhibitions at the McNay Art Museum in Houston, the Akron Museum and the Nassau County Museum of Art. She has an upcoming exhibition at the San Diego Museum of Art in 2017.

She has ongoing collaborations with many of the world's leading architects and designers including William T. Georgis, David Mann, Peter Marino, Michael Smith and William Sofield. Public commissions include Chanel stores worldwide, the Gucci Towers in Tokyo and Hong Kong, the Beverly Hilton in Los Angeles, and the Mandarin Oriental Hotel in the Time/Warner center in New York City. She has recently completed limited edition projects with Tomas Maier for Bottega Veneta and with jewelry designer Temple St. Clair for Paris Fashion Week.