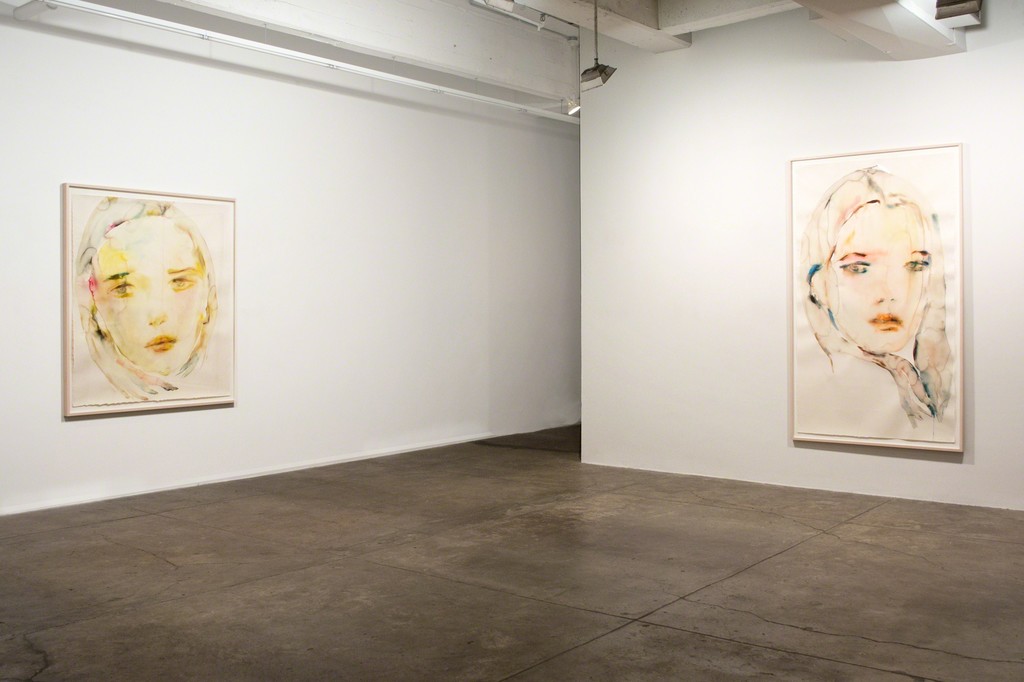 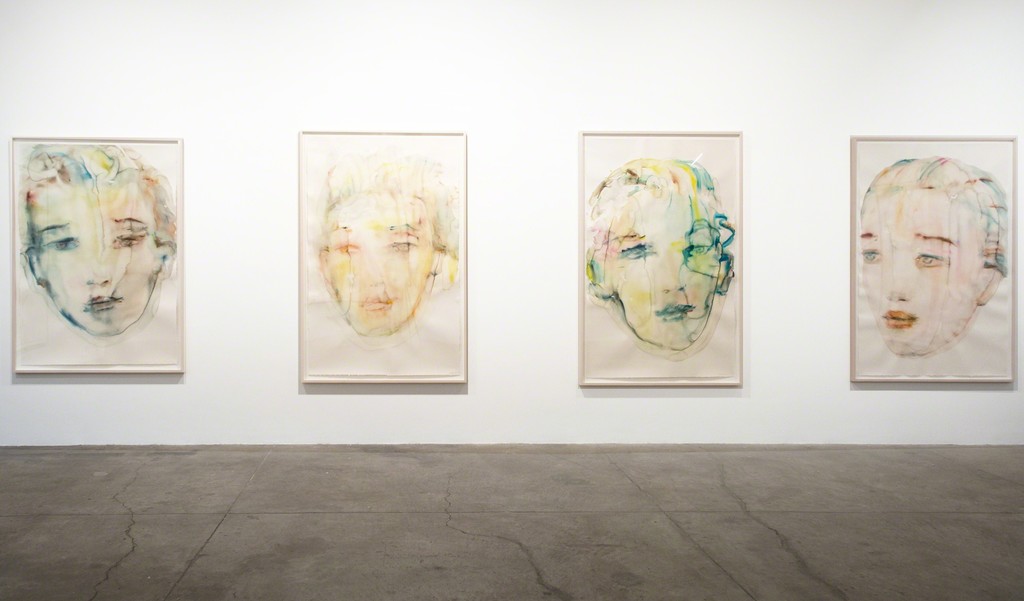 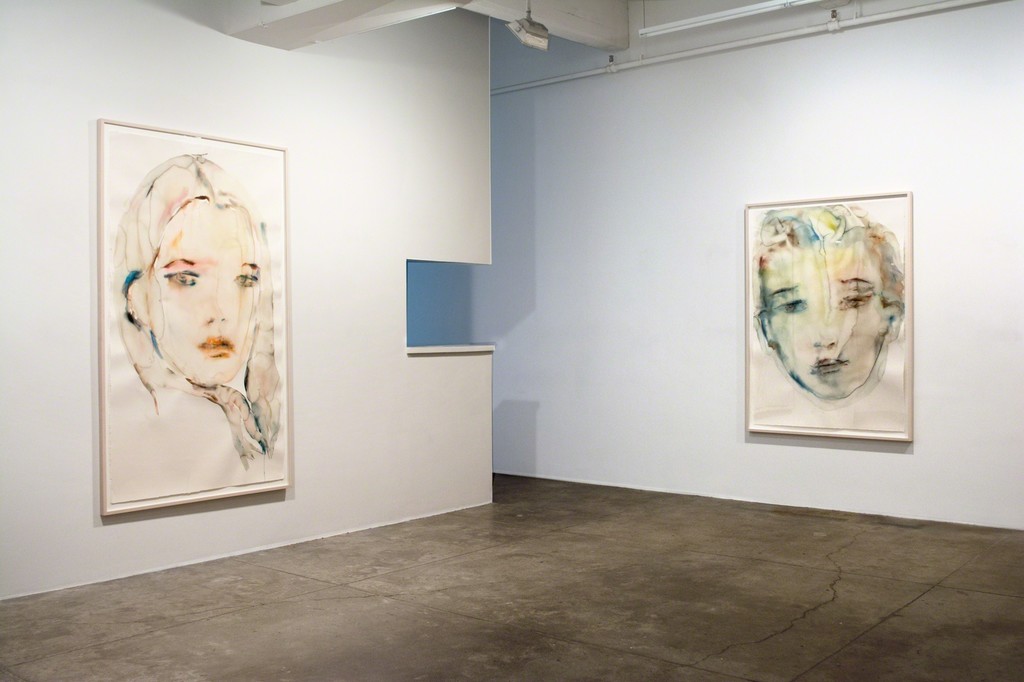 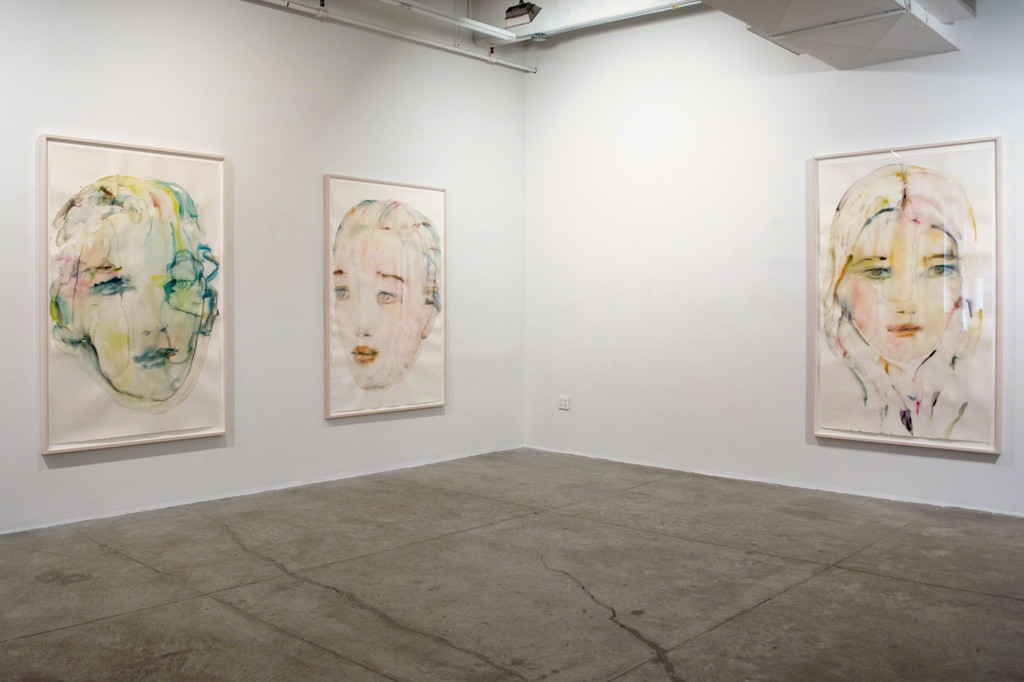 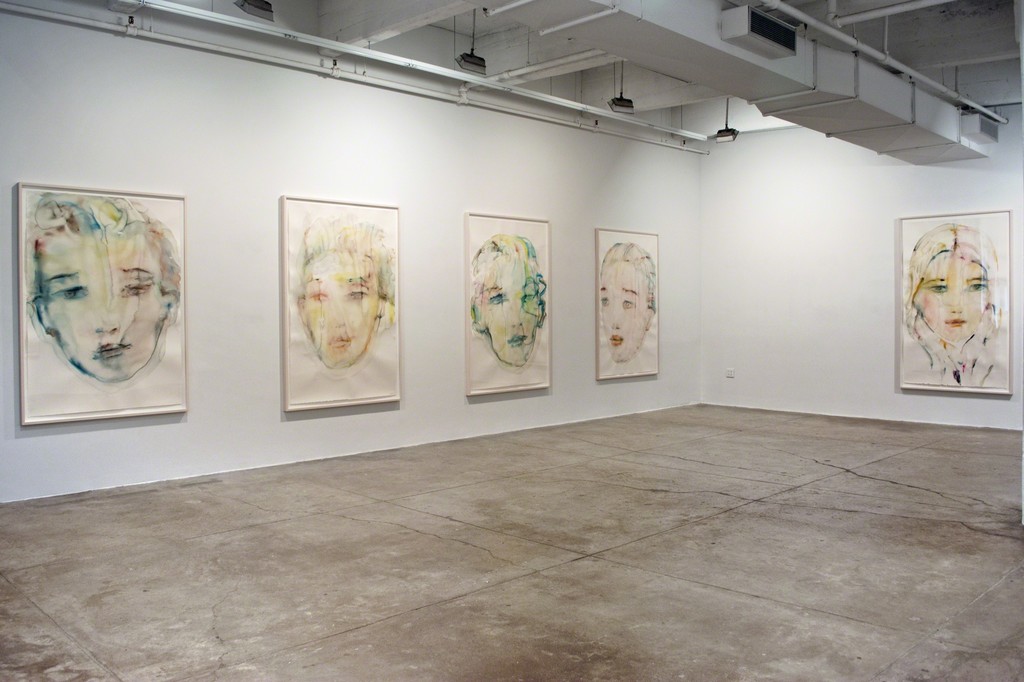 Morgan Lehman Gallery is pleased to present Kim McCarty’s second solo exhibition with the gallery, titled New Work. McCarty’s paintings reside at the intersection of spontaneity and precision. The large scale watercolor on paper paintings are fabricated portraits that simultaneously emerge forward and recede back into space embracing the transparency of the medium.

The ethereal quality of the work belies the physical effort involved in its production. McCarty places her oversized paper on the floor of her studio, then stretches across and migrates around the paper as she manipulates the paint. The “wet into wet” watercolor technique necessitates a rapid pace: after a fluid initial application, McCarty allows her paints to rest for just a moment before once again dictating the flow of color across the paper. With the colors shifting over the planes of the face, saturated blues and pinks punctuate the veils of diluted pigment. While several of the faces look directly at the viewer, there is a sense that the attention of the subject has already shifted elsewhere. The paintings move beyond portraiture towards a deeper emotional realm of introspective contemplation.

Kim McCarty graduated with her MFA from the University of California at Los Angeles, and her BFA from the Art Center College of Design in Pasadena, California. Her recent solo and group exhibitions include the Santa Monica Museum of Art (CA), and the Pasadena Museum of Art (CA). Her work is in the collections of the Museum of Modern Art (NY), the UCLA Hammer Museum (CA), and the Honolulu Academy of Art (HI), among others. Her work has been featured in major publications including Huffington Post, LA Times, Art on Paper, Artnews, and The New York Times.