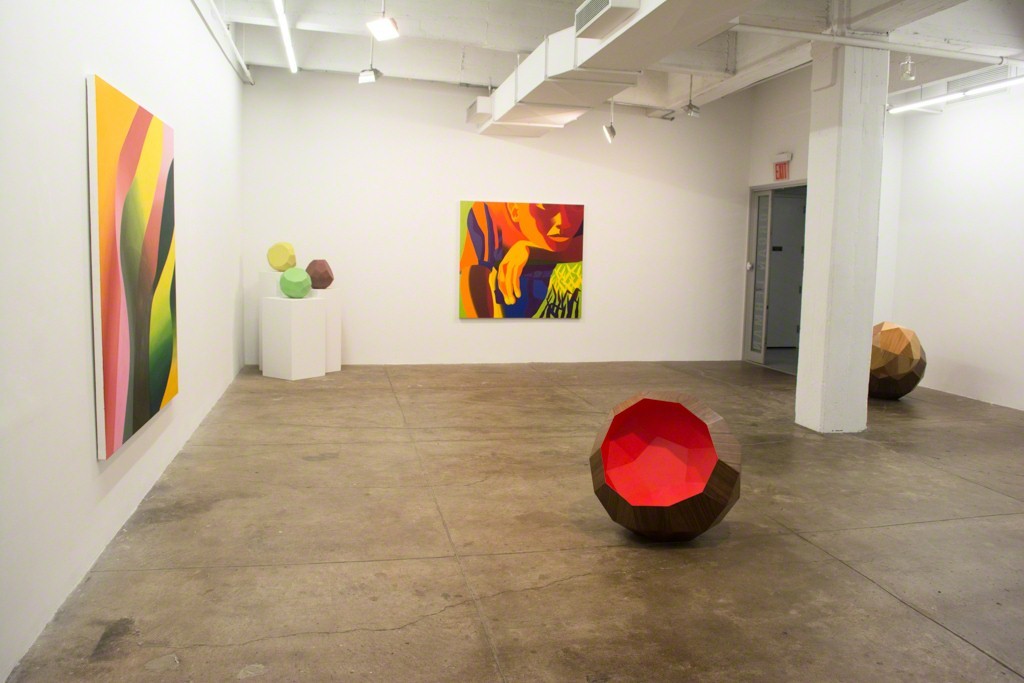 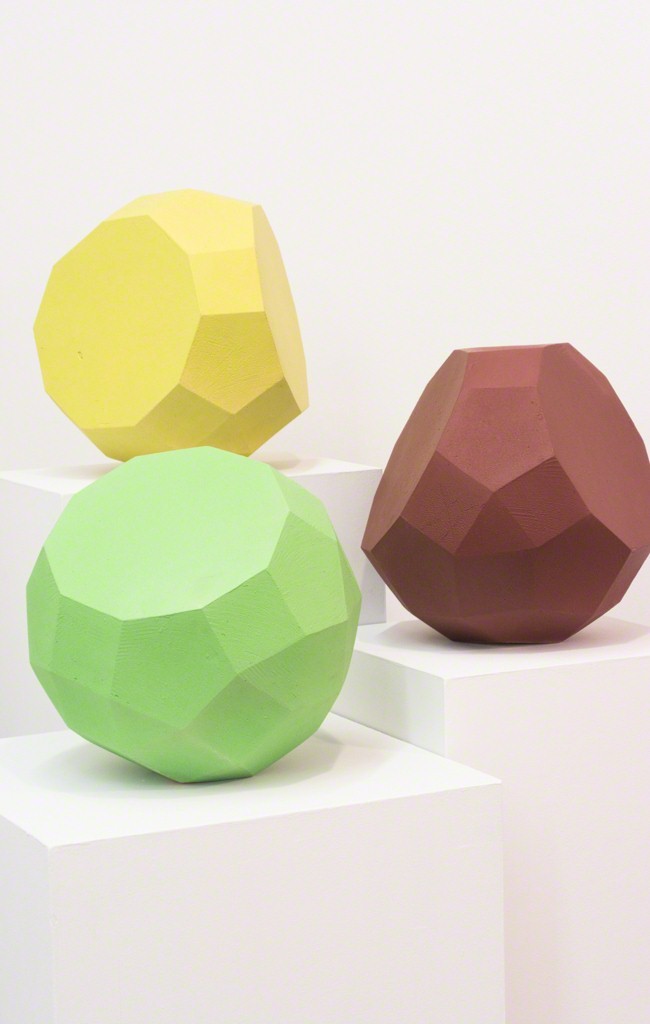 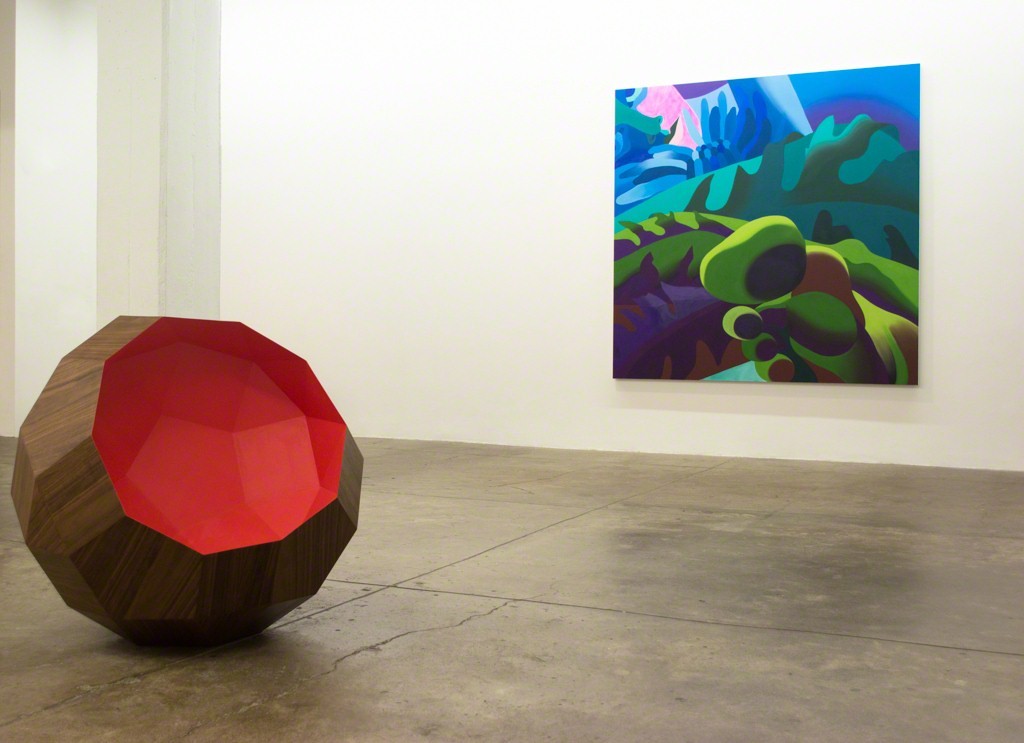 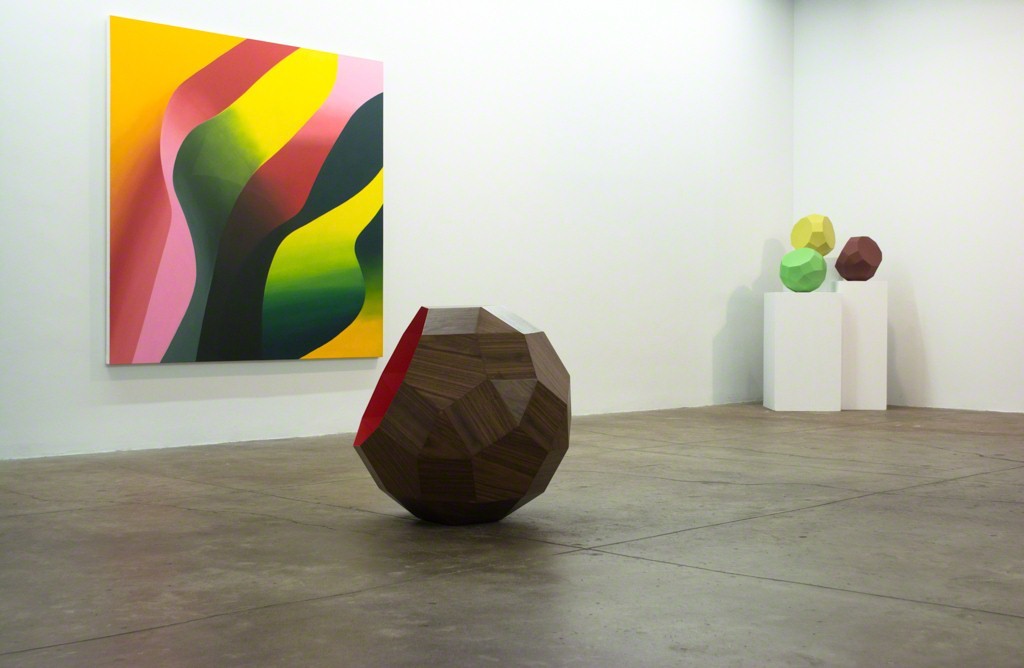 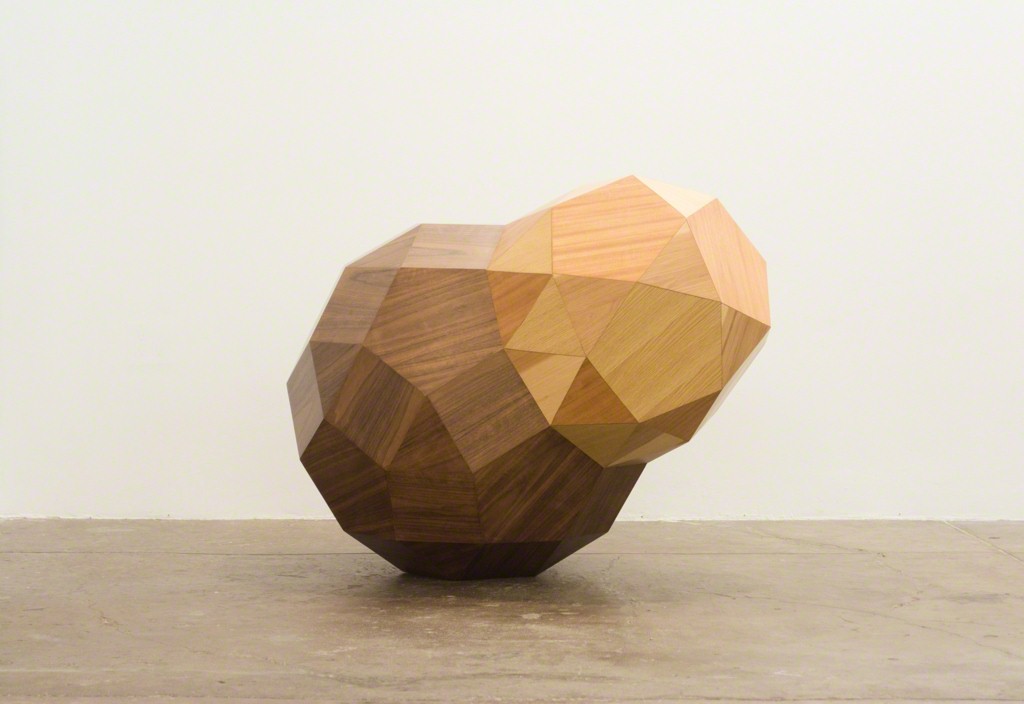 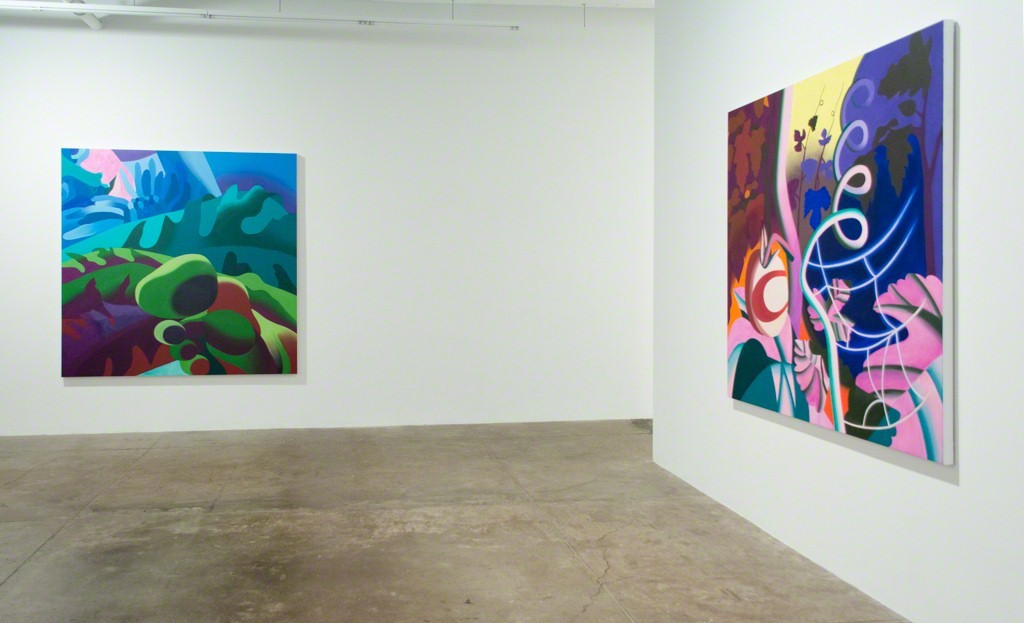 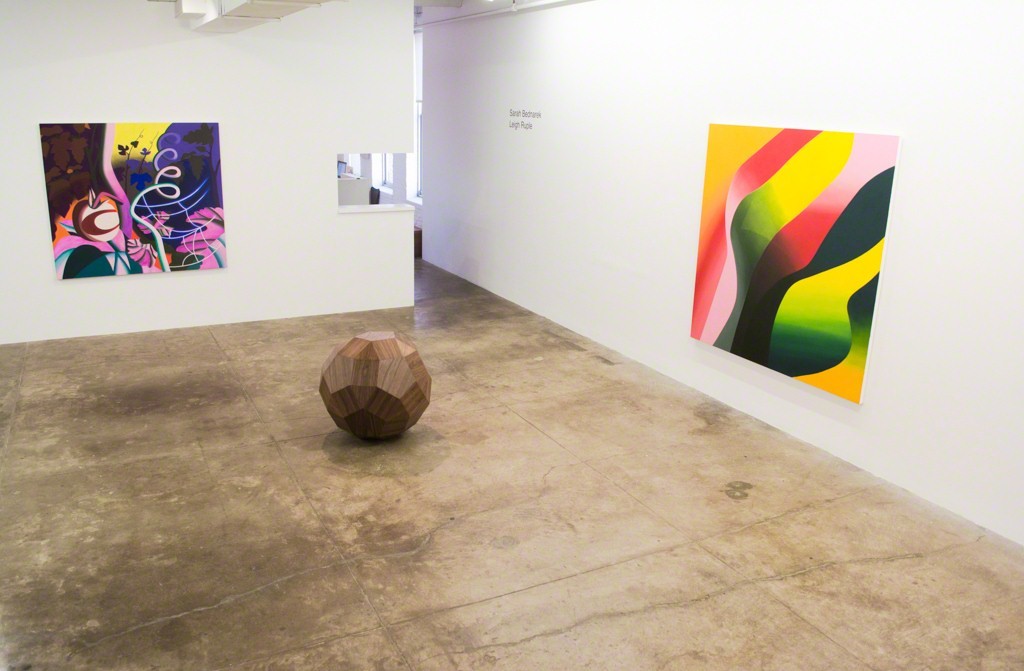 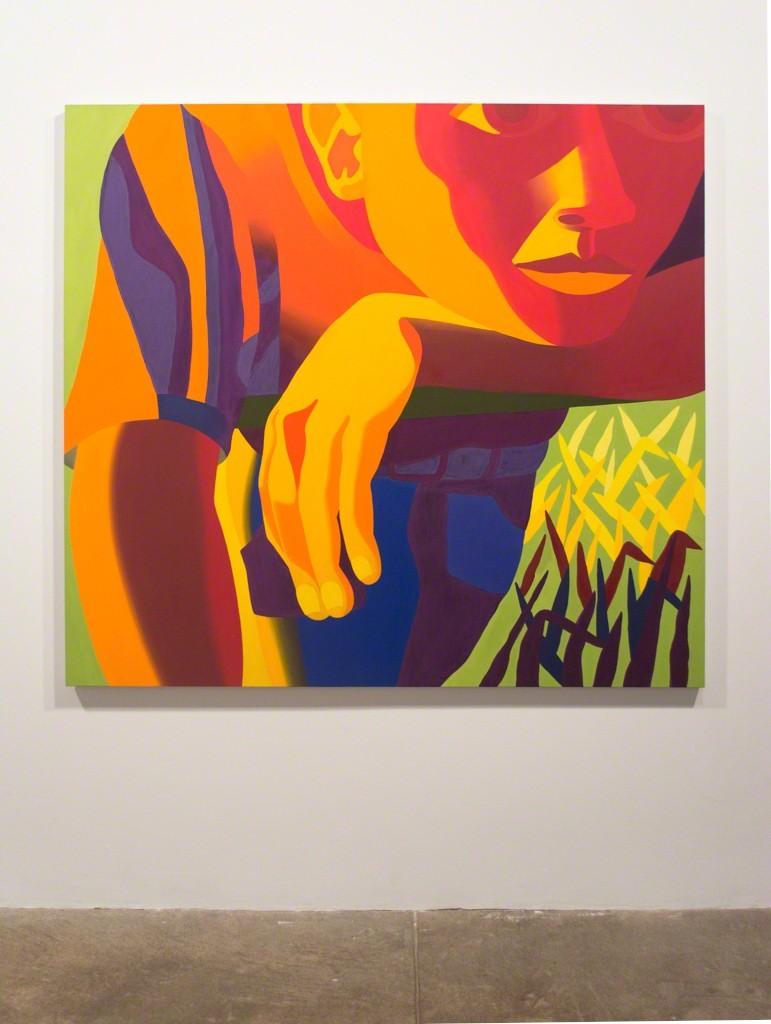 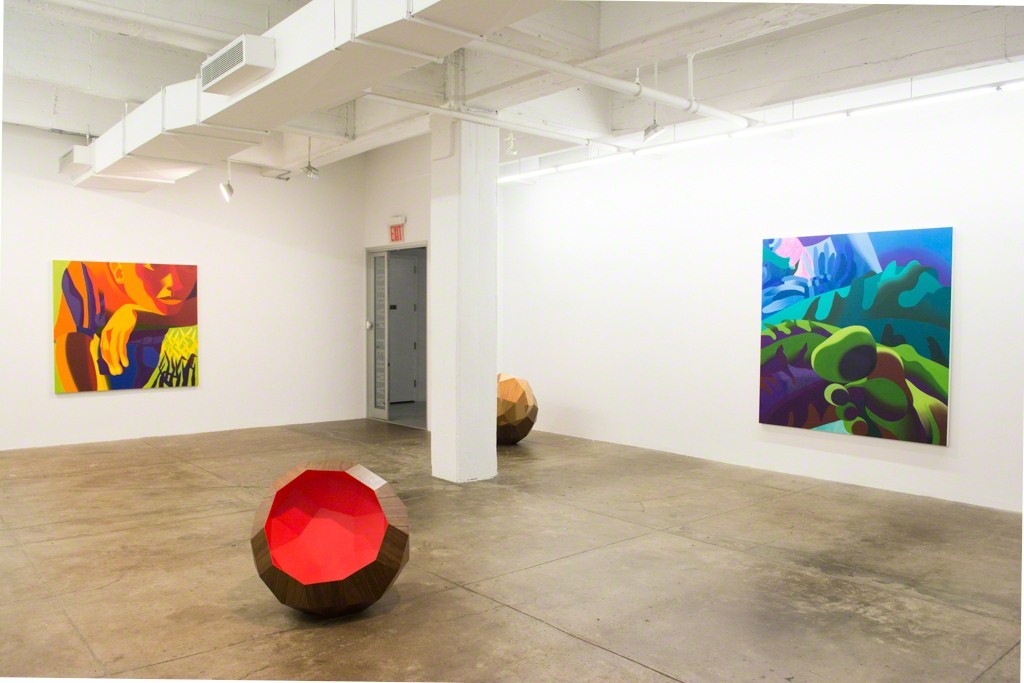 Leigh Ruple creates large-scale paintings that use color to create energy and define space while also addressing physical and psychological situations of isolation and reclusion. Isolation seems particularly potent in these works, as the lone figures simultaneously emerge from and are concealed by the lush environments they exist in. Though the organic shapes seem to morph into human form, they ultimately serve as disruptions to the viewer, blocking our view and nestling the figure more densely into a space of introspection.

Leigh Ruple was born in 1984 in Ohio. She earner her BFA from The Cooper Union (New York City, NY) and her MFA from Bard College (Annandale-on-Hudson, NY). She has exhibited at Halsey McKay Gallery, Marlborough Gallery, and The Suzanne Geiss Company. Her work has been reviewed by Painting is Dead, Art F City, ArtForum, and Time Out New York, amongst others.

Sarah Bednarek’s work stems from hallucinogenic experiences while under the influence of “death and morphine.” Bednarek was diagnosed with cancer in 2009, and these mystical visions she had during treatment transported her to a world of perfect geometry and form. This perfection forced Bednarek to question her mind and space, her imagination versus reality. Her sculptures are an attempt to externalize the internal ideal, while also showing the value of real objects, created by the human hand. Bednarek’s objects are “intensely” and obviously handmade – they approach the ideal but are prevented from achieving it due to their human origin.

Sarah Bednarek earned her BFA in Sculpture from the University of Minnesota (Minneapolis, MN) in 2002 and her MFA in Sculpture from Virginia Commonwealth University in 2005. She has had solo shows at the Thomas Hunter Project Space (New York, NY), ADA Gallery (Richmond, VA), Ruslon (Brooklyn, NY), and has been exhibited in group shows at Zurcher Gallery (New York, NY), Mulherin + Pollard (New York, NY), and Yashar Gallery (Brooklyn, NY). Her work has been featured in Hyperallergic, Blouin Art Info, Bushwick Daily, and ArtSlant.