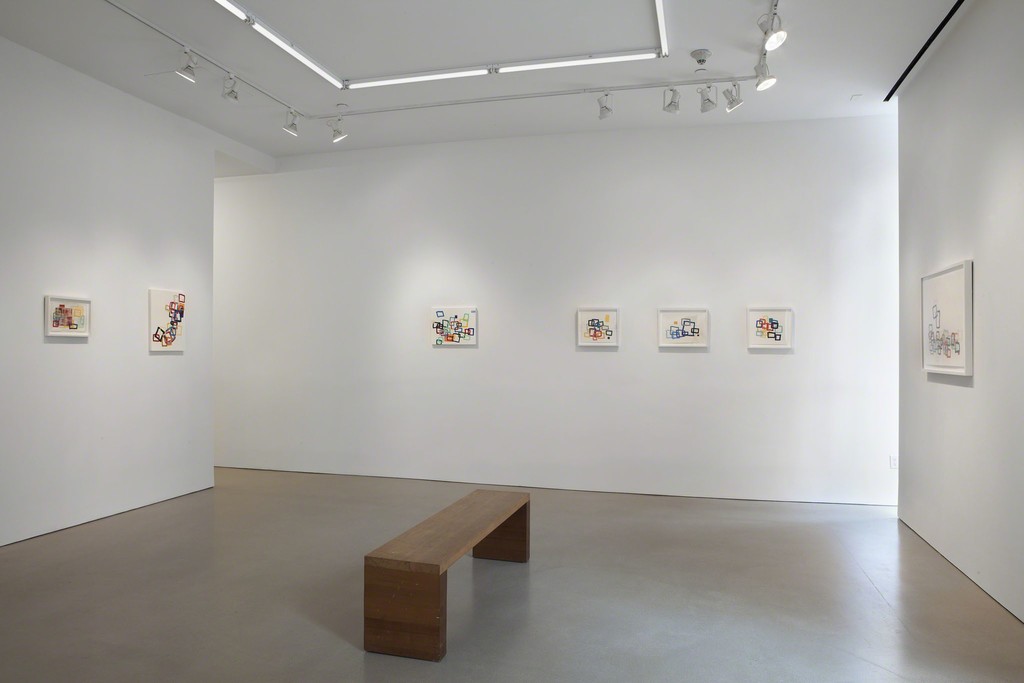 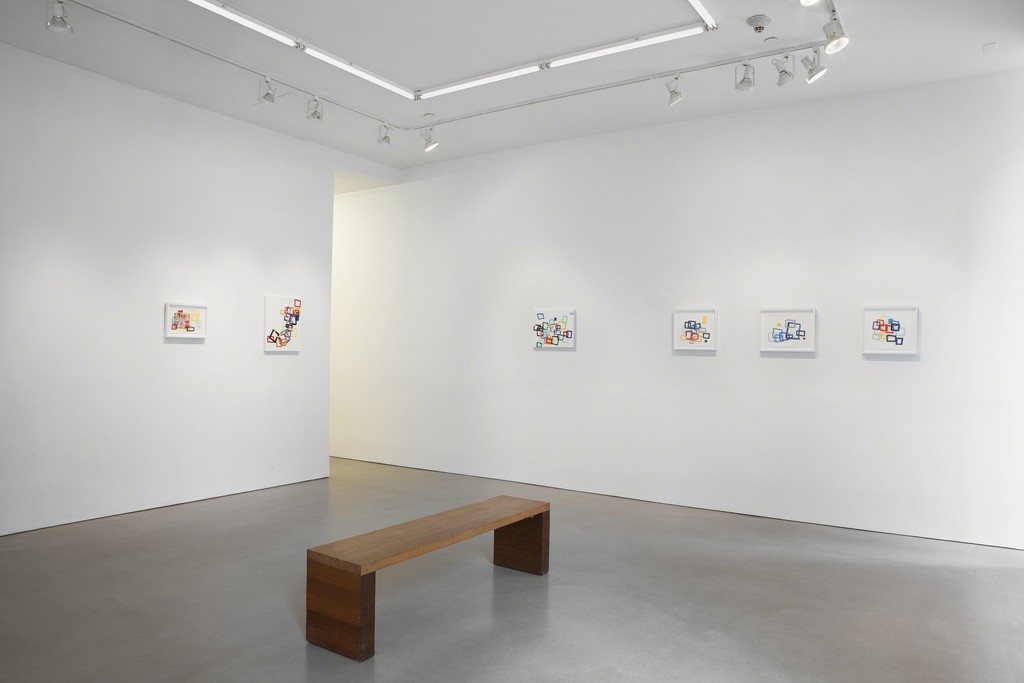 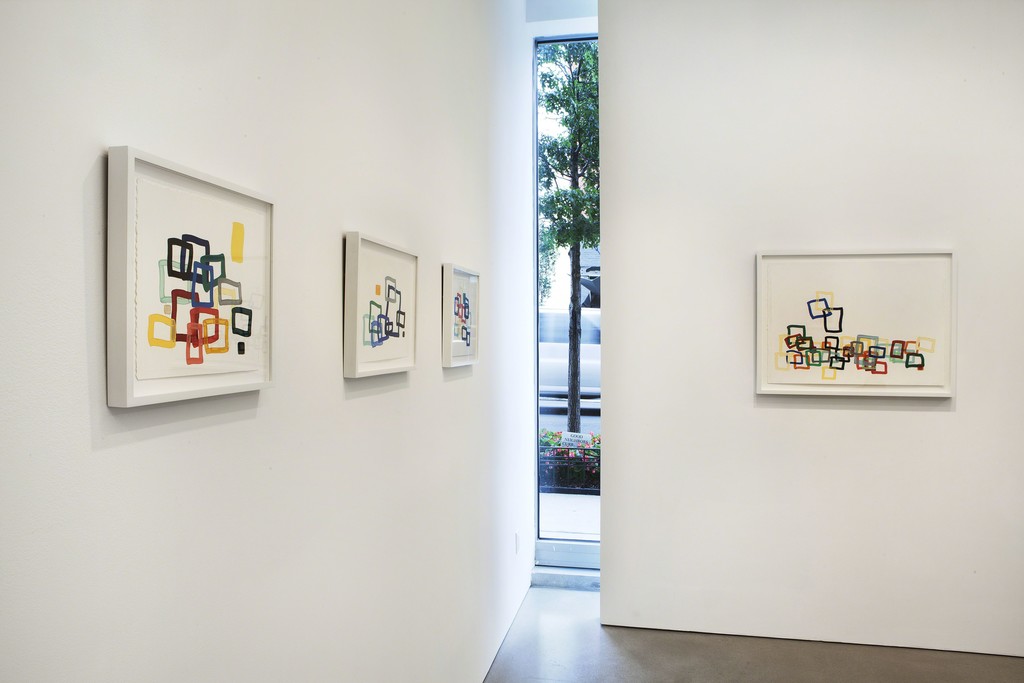 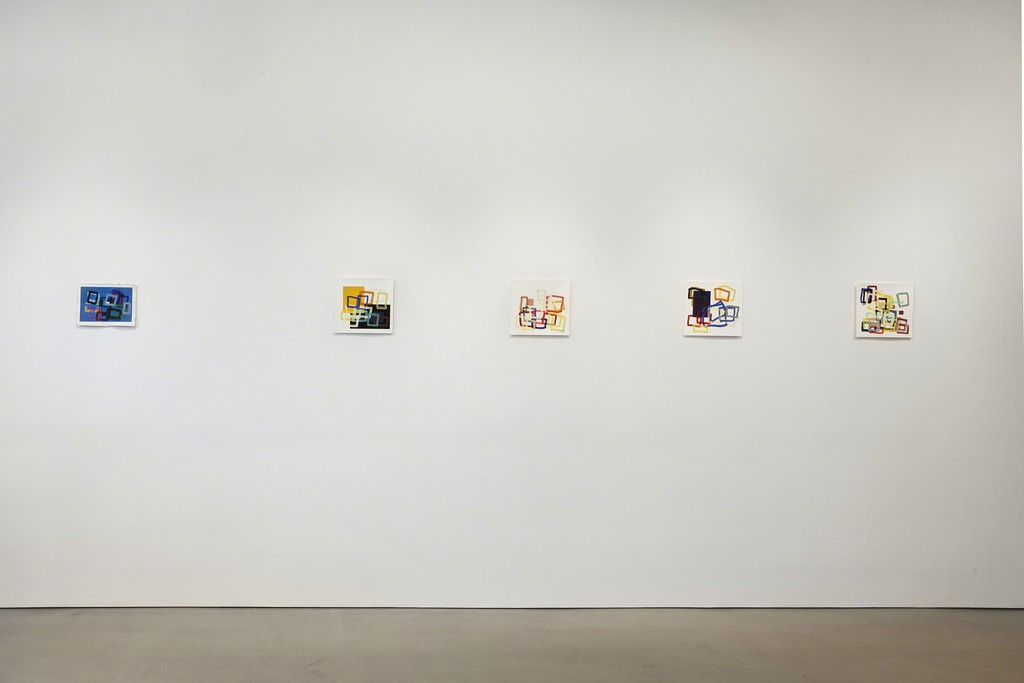 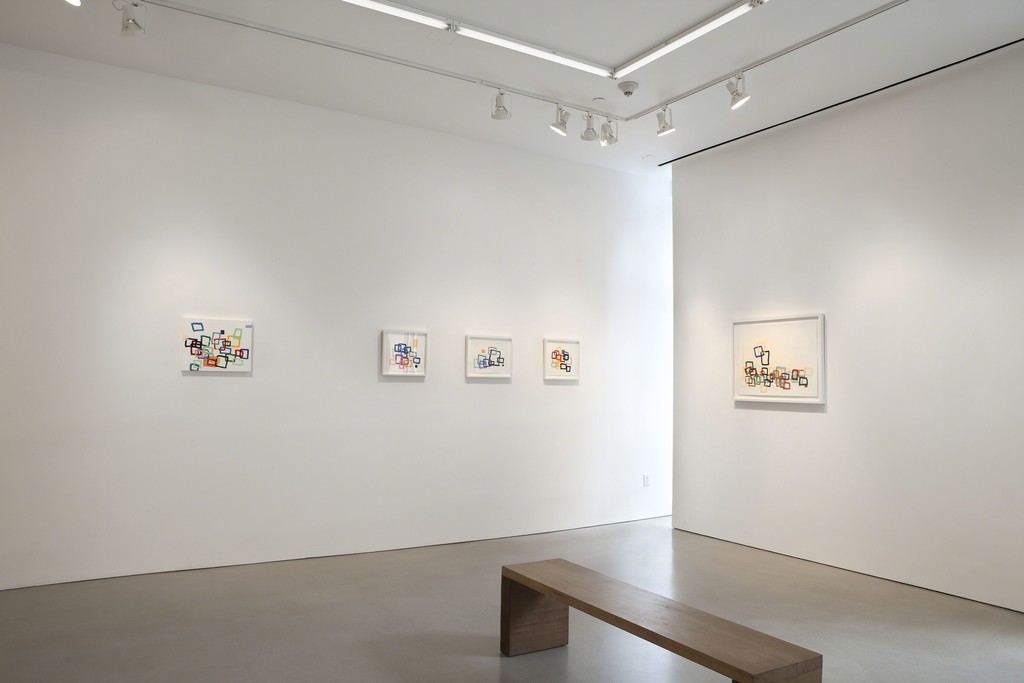 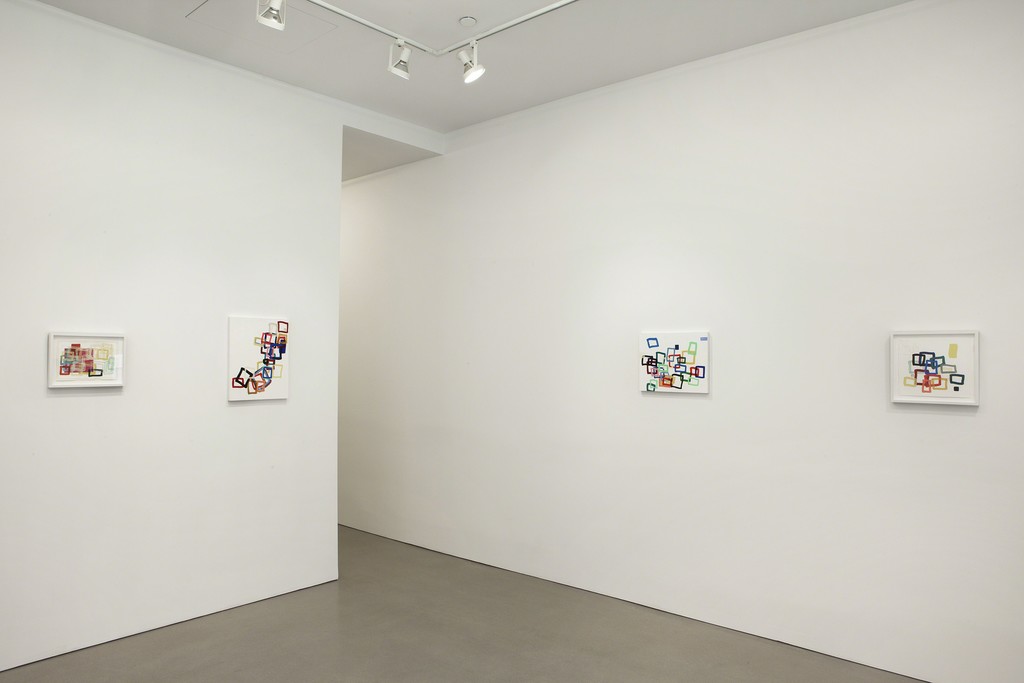 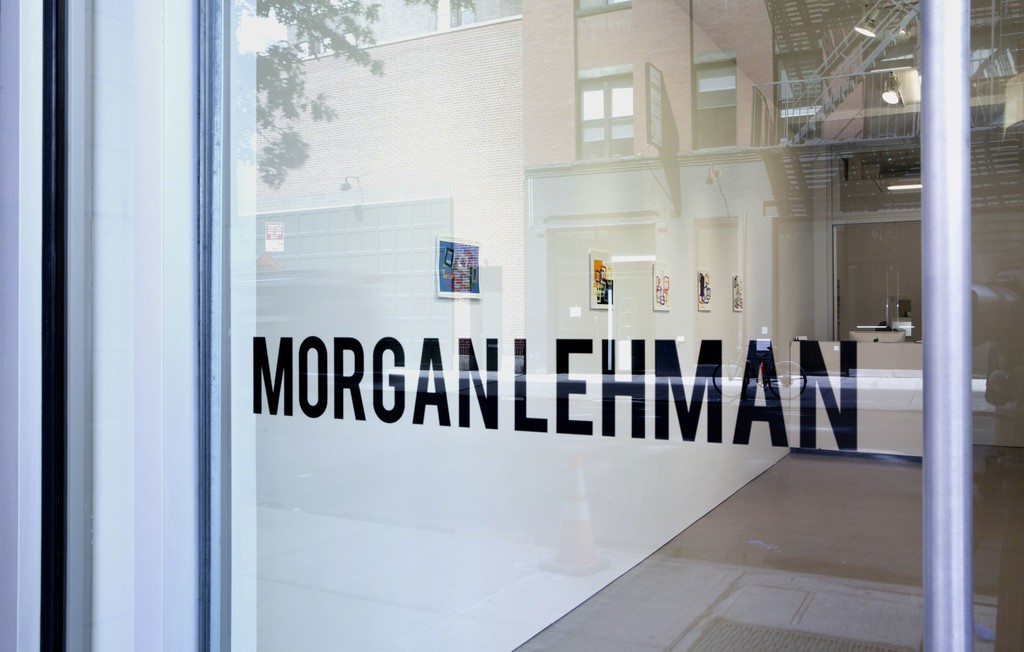 Morgan Lehman Gallery is pleased to present an exhibition of drawings and paintings by Sharon Louden entitled Windows. This is the artist's first exhibition of two-dimensional works in New York since 2007 and her second exhibition with the gallery.

Sharon Louden is an artist whose visual vocabulary has always been rooted in drawing and painting, but also includes sculpture, installation, and animation. In this exhibition, Louden explores color through awkward rectangular and square forms. She writes, “The repetitive nature of these rectangles and squares are meant to imply a flexibility that holds color but also allows color to pass through them. I see these forms as stumbling blocks that are falling apart. They fluctuate with their own anxiety, yet are also organized.”

When these drawings are placed together in a series, the forms float in their bright colors from drawing to drawing. Louden states, “In the end, all of the colors eventually cancel each other out. It is as if a noise is so loud it becomes white. What's left is a void where the white surface is the only resting place in which I can imagine living.”

Sharon Louden was born in Philadelphia, Pennsylvania in 1964. She holds an MFA from Yale University and a BFA from the School of the Art Institute of Chicago. Her work has been exhibited in numerous venues including the Aldrich Contemporary Art Museum, the Drawing Center, Carnegie Mellon University, Weisman Art Museum, National Gallery of Art, Birmingham Museum of Art, Weatherspoon Art Museum, and the Kemper Museum of Contemporary Art.

Her work has also been written about in the New York Times, Art in America, Washington Post, Sculpture Magazine, ARTnews, and the Philadelphia Inquirer, as well as other publications.

Sharon Louden is a Senior Critic at the New York Academy of Art and the editor of Living and Sustaining a Creative Life: Essays by 40 Working Artists. Louden’s second book, The Artist as Culture Producer: Living and Sustaining a Creative Life, will be published in March 2017 by Intellect Books and distributed by the University of Chicago Press. The launch of her new book will be at the Strand Book Store on March 2, 2017, followed by an extensive book tour.

In addition, on May 6, 2017, Louden will be premiering a new animation at the National Gallery of Art in Washington, D.C.
Concurrent with this exhibition is Louden's site-specific commissioned installation, also entitled Windows, that is featured in a solo exhibition at the Tweed Museum of Art, on view through December 2016.

For more information on Sharon’s work and her books, visit her websites: www.sharonlouden.com and www.livesustain.org.