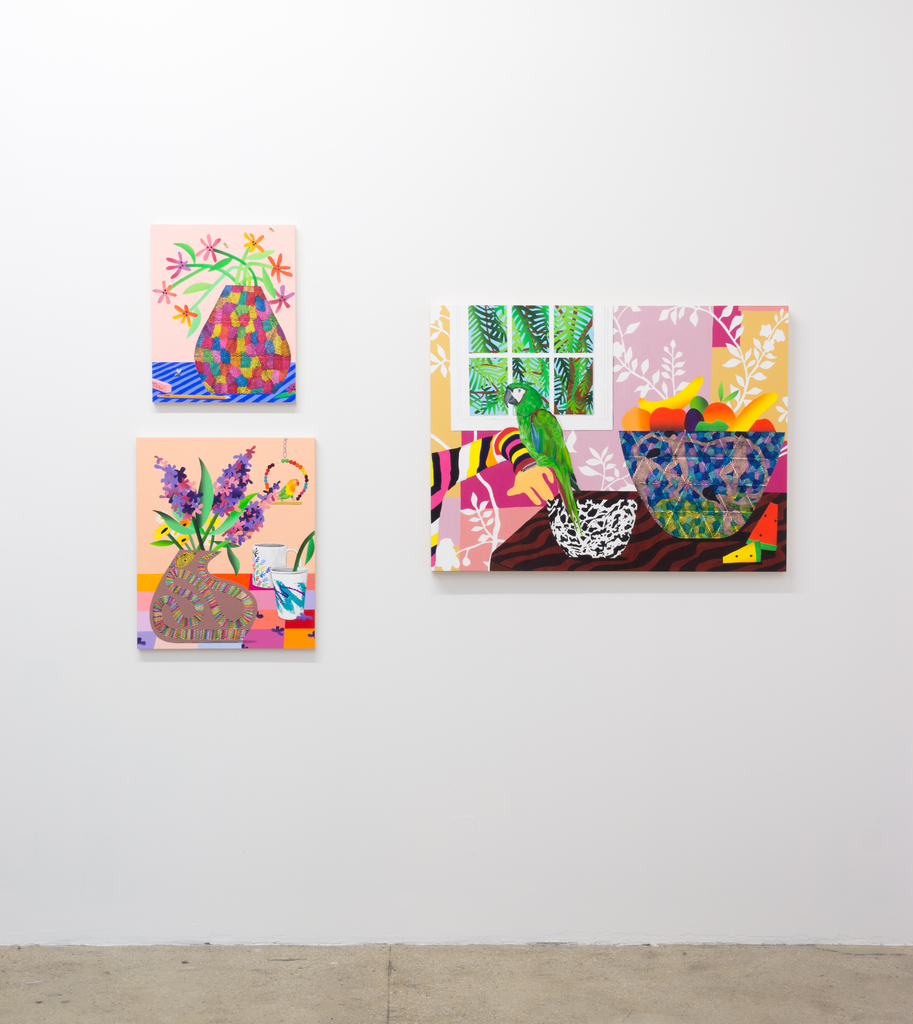 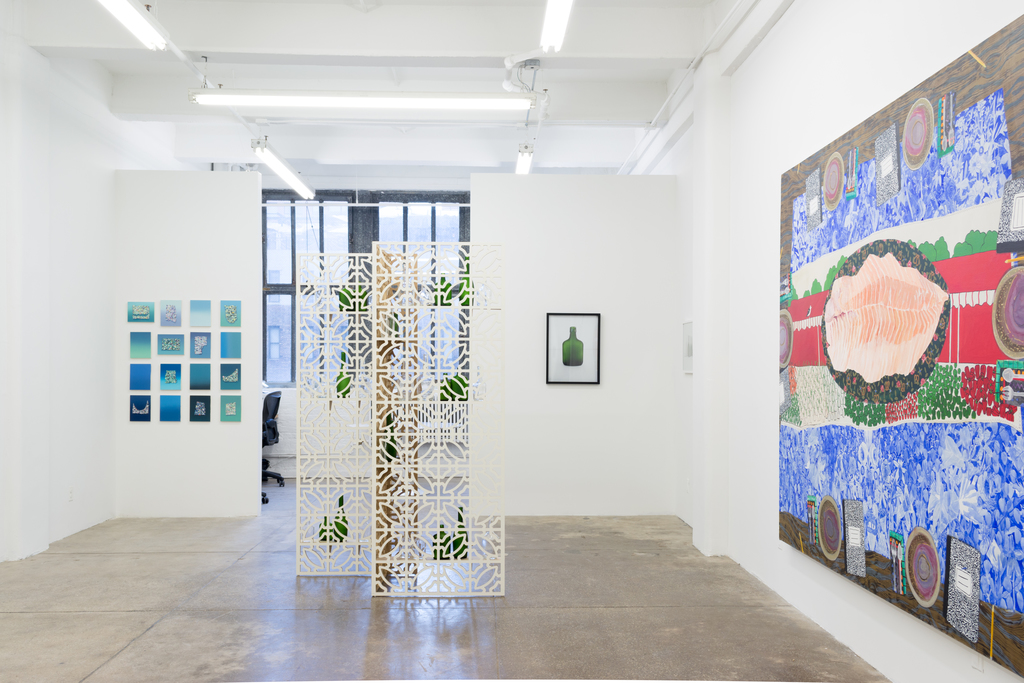 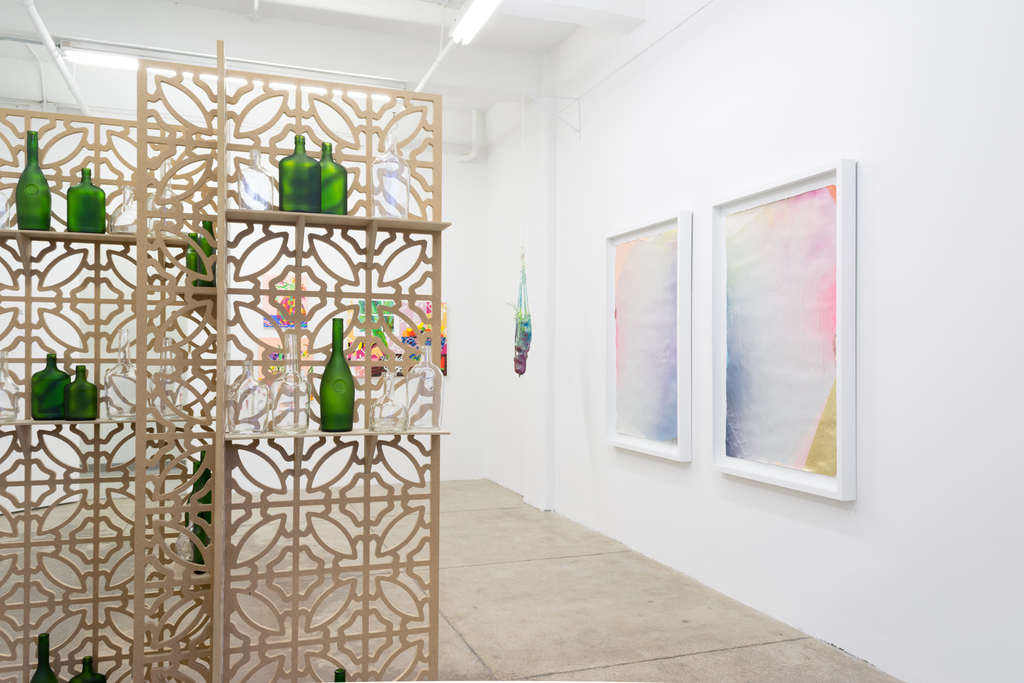 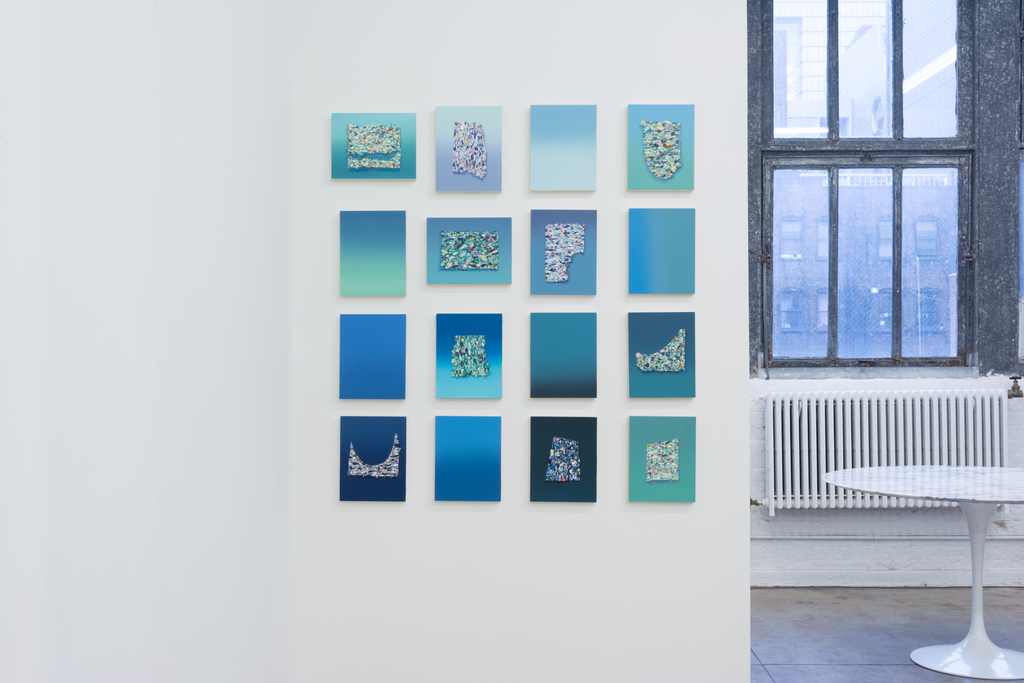 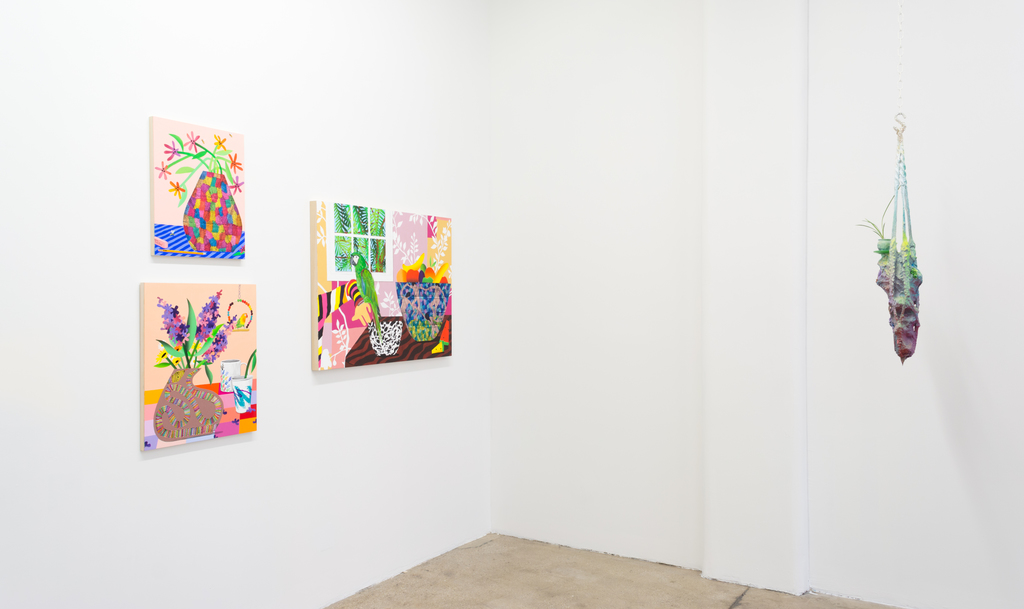 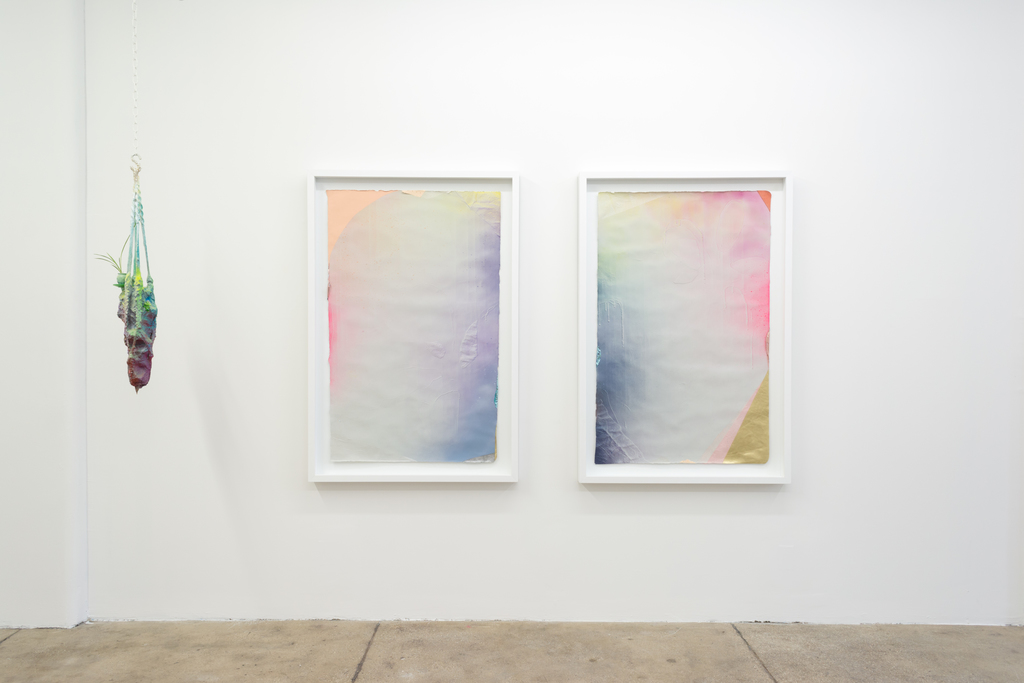 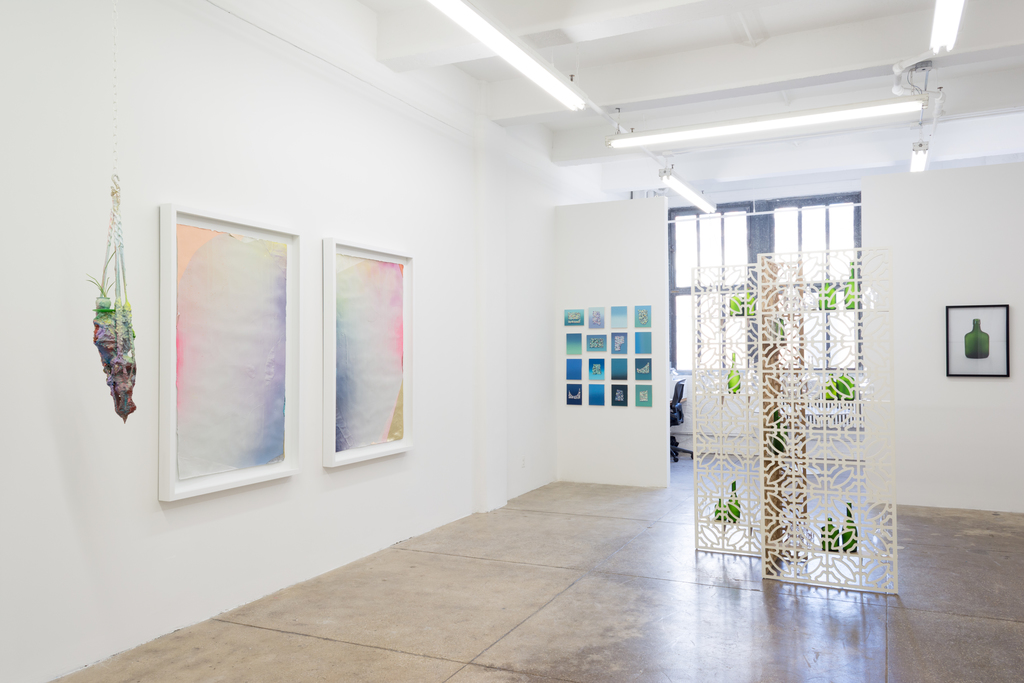 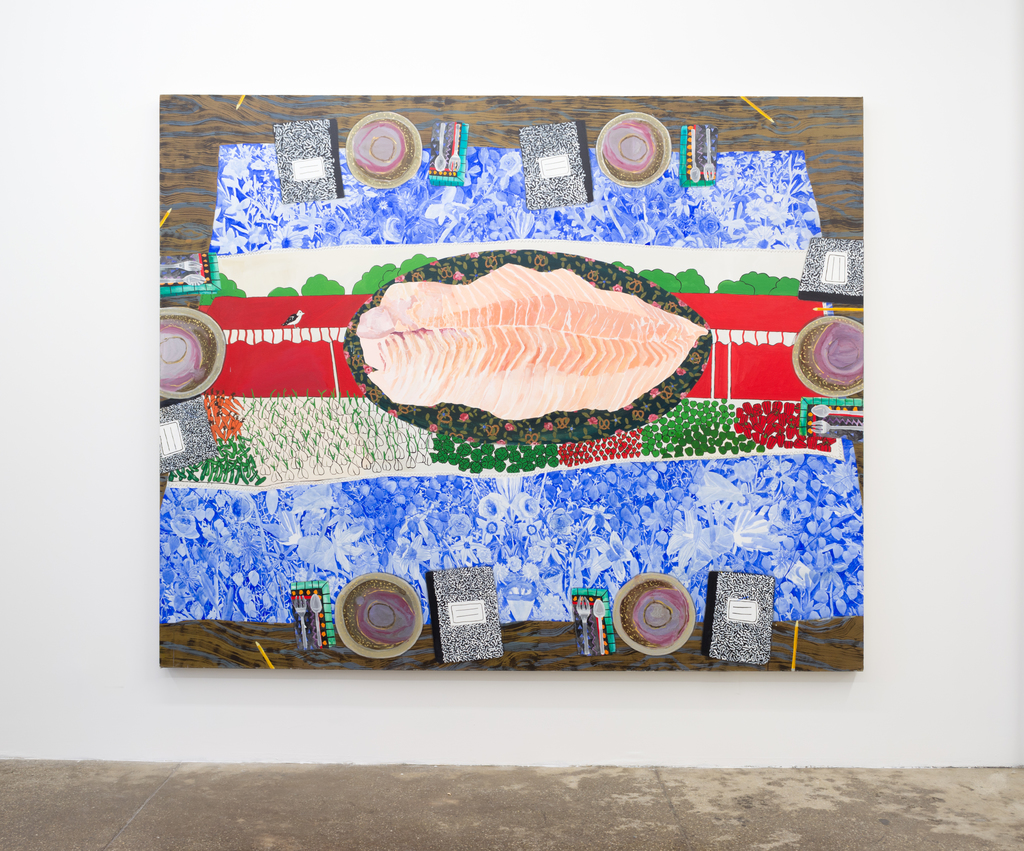 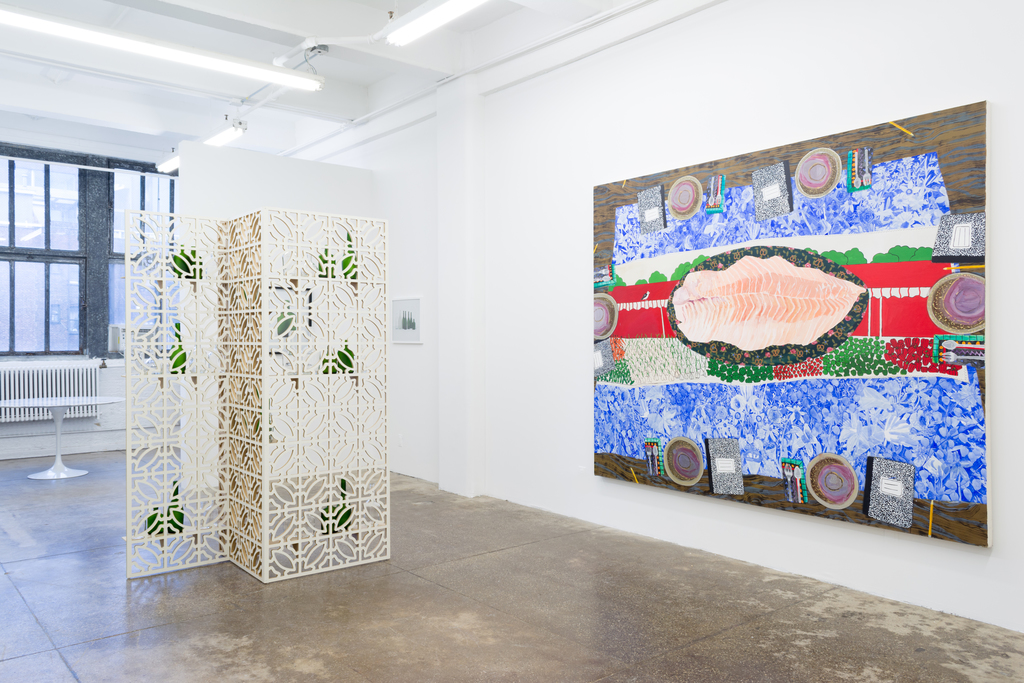 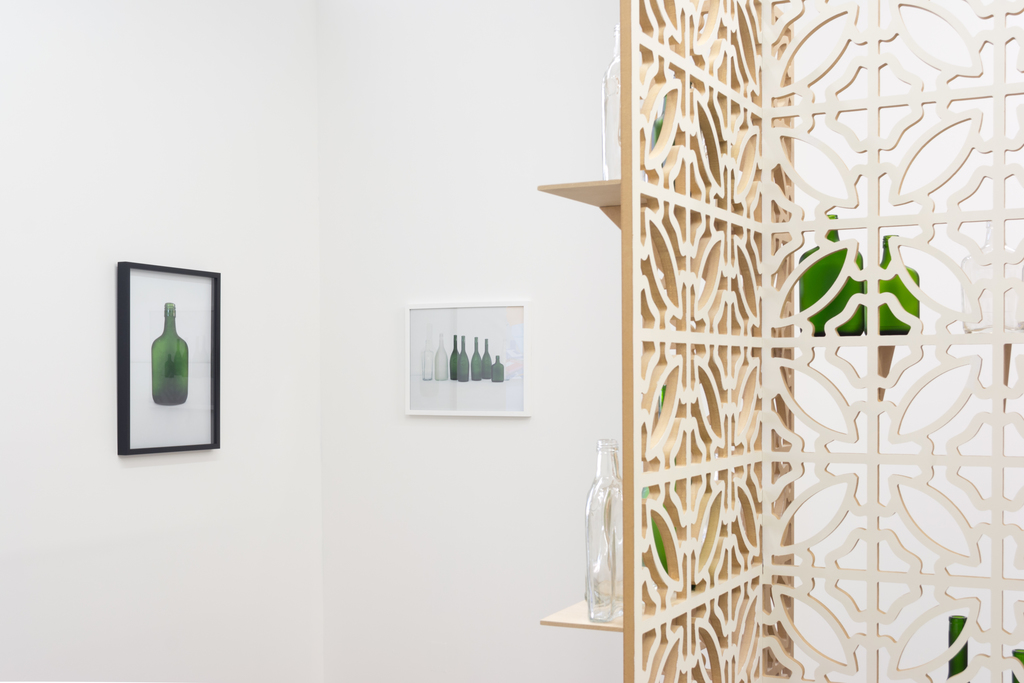 Morgan Lehman is thrilled to present Stilleven, a group exhibition that explores the idea of still life and features the works of five artists working in an array of disciplines and conceptual modes.

One might define still life, (or “stilleven” in Dutch), as the artistic depiction of an arrangement of objects generally inanimate, commonplace, and personal in nature. Traditionally, these objects are rendered within a shallow spatial field that mimics the way we might encounter objects in our daily lives. Still life has ancient origins, developing into a highly refined art-historical genre in the Netherlands by the 16th Century, and continues to be a format full of possibilities for artists working today.

Adriana Farmiga’s intimate views of everyday items reveal her ongoing interest in issues of monumentality, scale, and interstitial spaces. In these recent oil-on-panel paintings, bits of colorful carpet underlayment foam are portrayed head-on and analytically against articulated gradients of blue color, the strangeness and topology of each form coming to the fore. The artworks themselves are small containers that might be contemplated one at a time or in series, revealing a vibrant inner life (even personality) to those essential odds and ends in our lives that might otherwise go overlooked.

Rachel Klinghoffer also mines the idea of still life as portraiture, but rather than illustrate things in the world, she brings them into her work as raw material. Deploying personal articles such as used wrapping paper, popped holiday balloons, and buttons from her grandmother’s sewing box, Klinghoffer creates abstract sculptures and works on paper that are charged with autobiographical meaning. The artist’s explorations of color, space, and surface point to the pleasures of optical and haptic experience, but that experience becomes complicated by the implied histories of the objects she embeds, quite literally life distilled.

Using a vibrant palette and an illustrative, often comedic visual style, Karen Lederer injects still life with an upbeat Pop personality. Lederer’s images are strewn with personal items including coffee mugs, flowers, and books that cumulatively reveal both an individual and a milieu, referencing the cultural landmarks of New York City and specifically the Upper West Side neighborhood of the artist’s childhood. As a student of the still life tradition, Lederer often embeds her paintings with references to 20th Century masters of the genre, including Picasso and Matisse.

Talia Levitt’s vigorously painted canvases are scenes from life imbued with subtle symbolic references. Levitt is a keen observer of environments, relationships, and even her own painting process, and her works read as urgent, even anxious records of personal places. Inspired by Judy Chicago’s Dinner Party installation, Levitt’s large-scale painting, RSVP, depicts a bird’s eye view of a communal meal about to take place. The painting makes formal nods to the Pattern and Decoration movement and centers on the idea of the potluck as a space for community action and the exchange of ideas.

Edra Soto pursues a creative practice that makes use of discarded objects to tell a larger, richer story about sociopolitical dynamics among groups of people. In Open 24 Hours / Home, Soto stages empty cognac bottles that she has collected from her daily walks through East Garfield Park, her neighborhood of over a decade, and a historically Black and neglected area of Chicago. The bottles, meticulously cleaned and sitting on shelves within a display structure inspired by Puerto Rican vernacular architecture of her homeland, collectively become a powerful visual index of consumption within an underserved community.